We had some stunning skies on Saturday night and Sunday morning, our only sunny day in a month.  I looked out the window not long after dark and saw the almost full moon rising over the woods to the east.  It was shining across the snow on the ground and the day's cloud cover had disappeared abruptly. 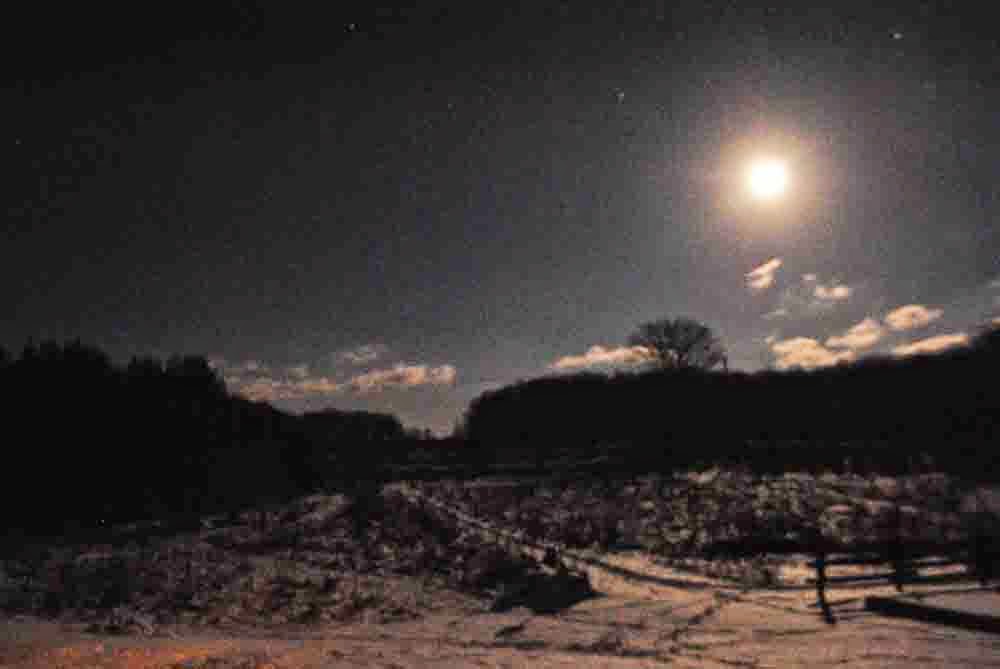 The nights are very dark at this time of year if there's no snow, but once snow falls, and the moon rises, it's remarkably bright, adding a special atmosphere to the world outside. 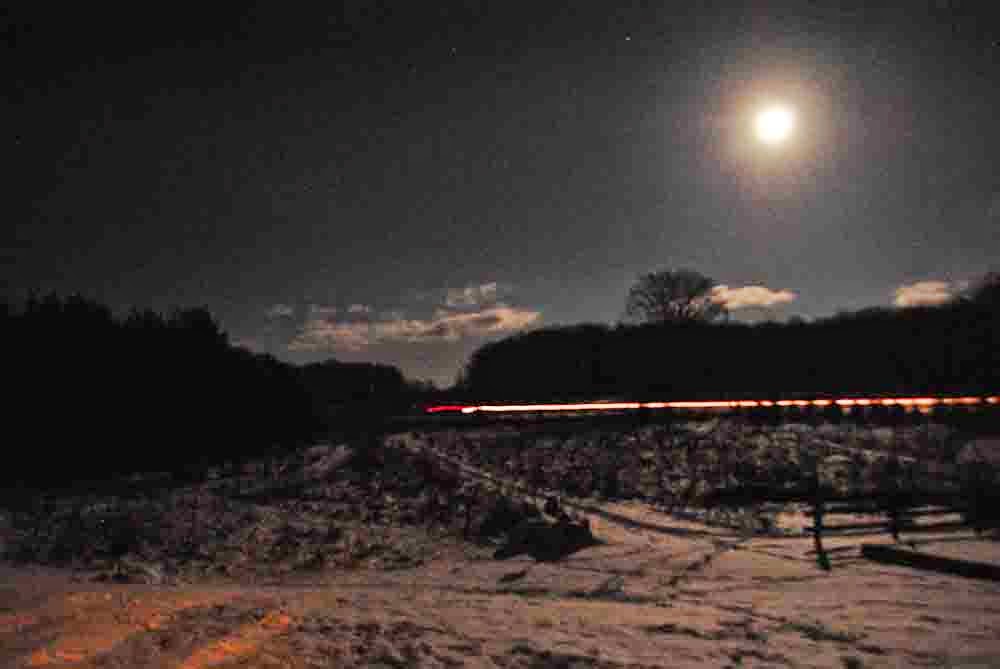 Playing around with time exposures, I also got a shot with a car zooming by, and a bit more of the light from our kitchen window showing. 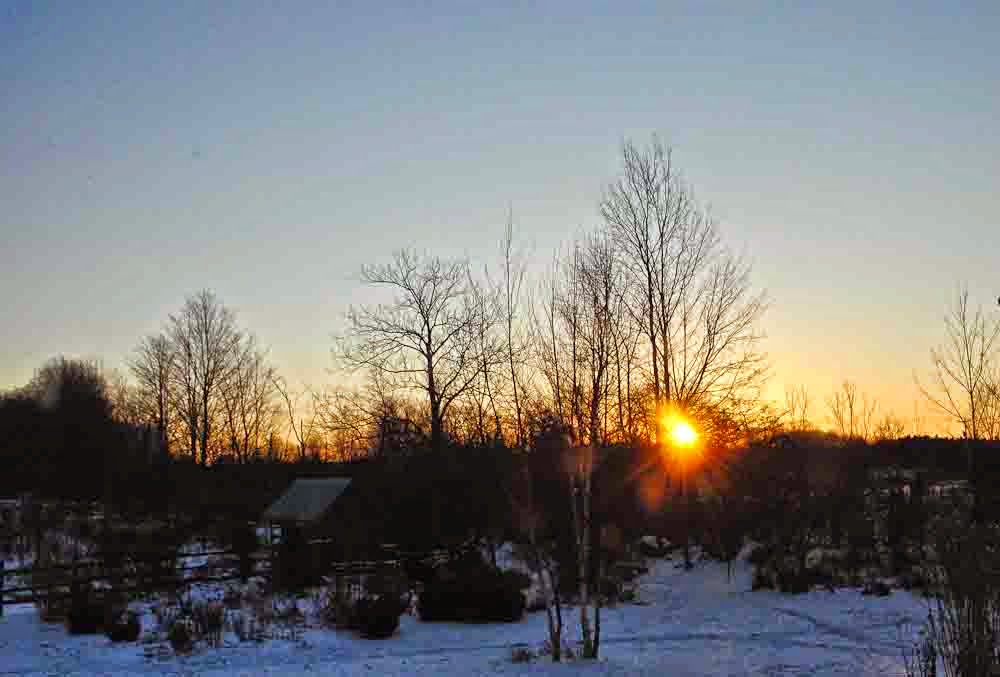 The next morning the sun rose into a totally cloudless sky, and it stayed that way for 3 or 4 hours (letting me go for that drive and getting some great pictures). 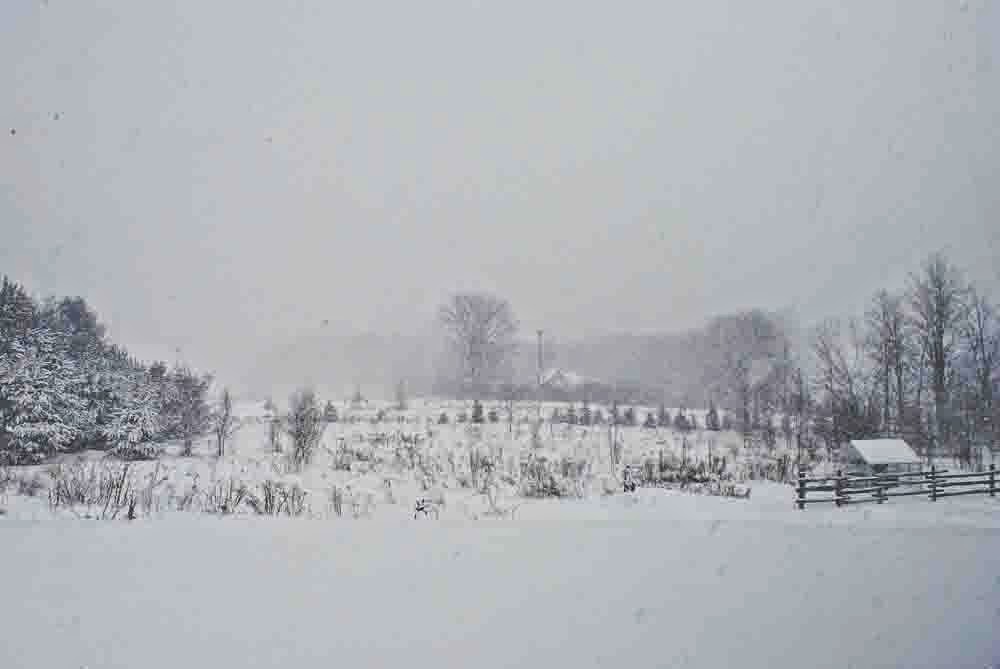 Today is a totally different story.  Same photo as the two moon shots above, but we've had about 6 hours of gentle snow, accumulating rapidly to 8 or 10 inches.  The world is really white again. 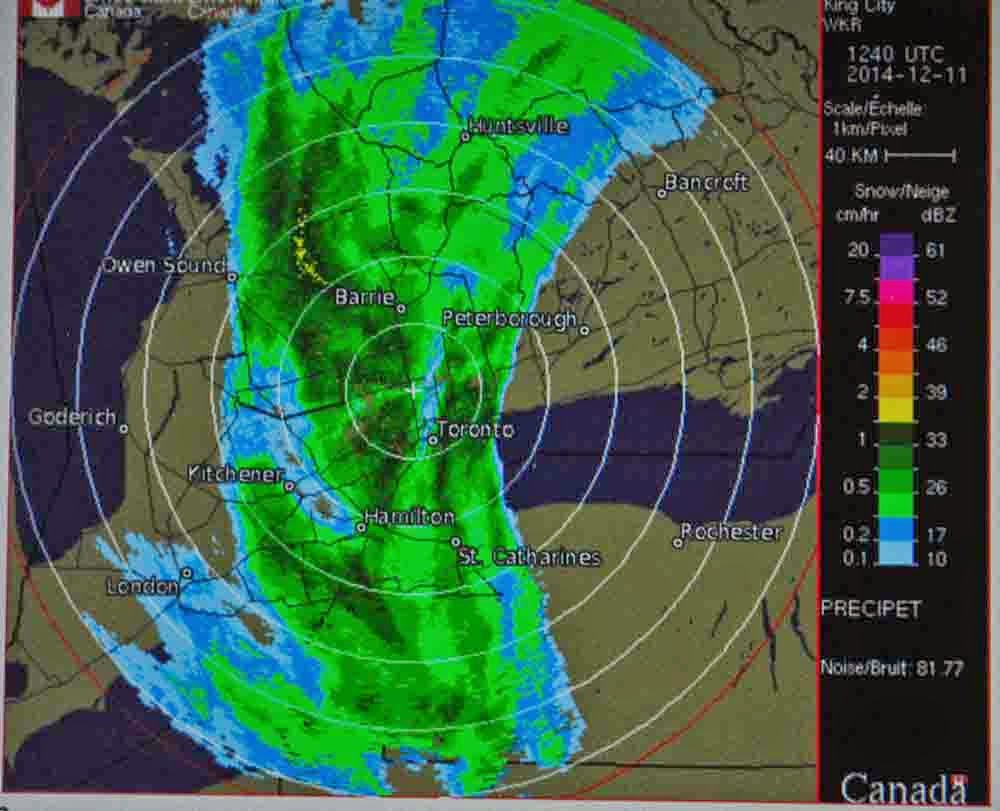 It was a really unusual storm, weather-wise, because it came from the east.  Almost all our weather comes from the west, or southwest, but this was the farthest westerly edge of a big nor'easter moving up the Atlantic coast.  It almost reached as far as Lake Huron, but not quite.  Picture this heavy snow moving from right to left on the radar screen above - we don't see that often!  In this view the heaviest snow is just reaching us, a bit southeast of Owen Sound.