Well, I was let out of the house by my recovery guardian to go for a short, slow and careful drive around some rural concession blocks to take some pictures.  Today is the beginning of week 5 since my surgery (can't quite believe it), and the brief freedom was wonderful.  And you benefit by seeing some pictures of what our landscape around here looks like this week. 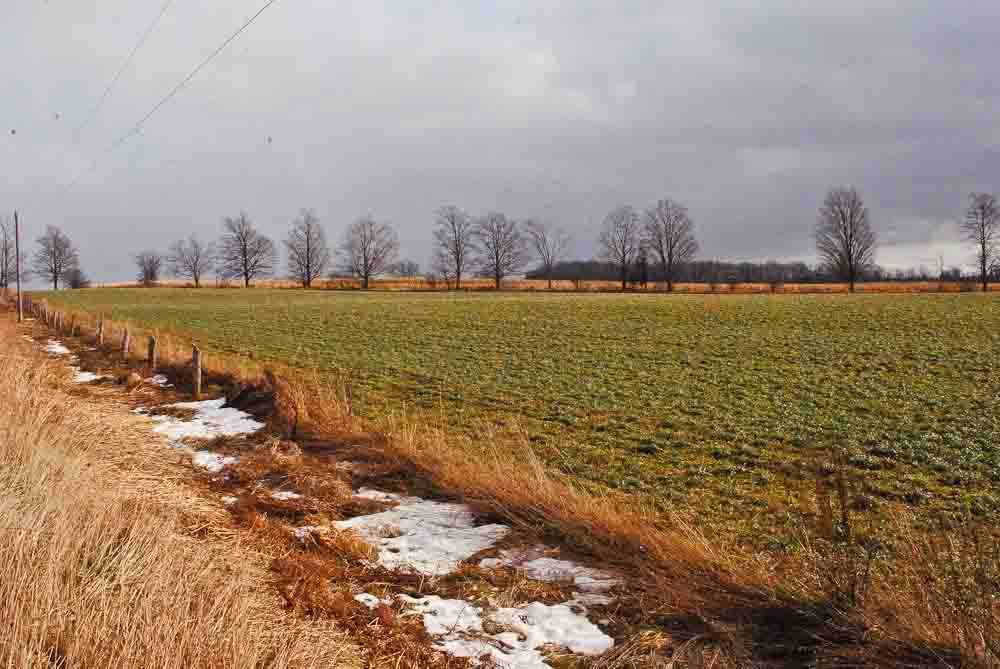 This hayfield is pretty typical of the landscape here in late November/early December, just a little bit of snow in the ditches left from our big storm last week.  And the lines of tree silhouettes along the old fencerows seem very obvious at this time of year. 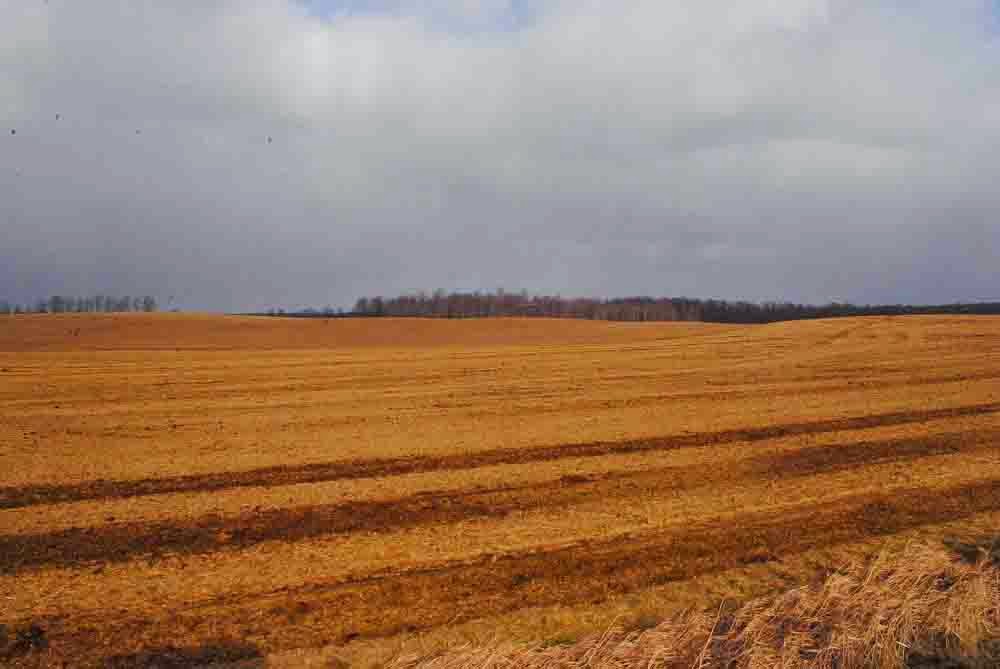 No fencerows here, but another hayfield, with freshly spread manure to enrich next year's crop.  A lot of farmers try to do their manure spreading in late fall, to have room in storage for more over the winter - yet another seasonal thing. 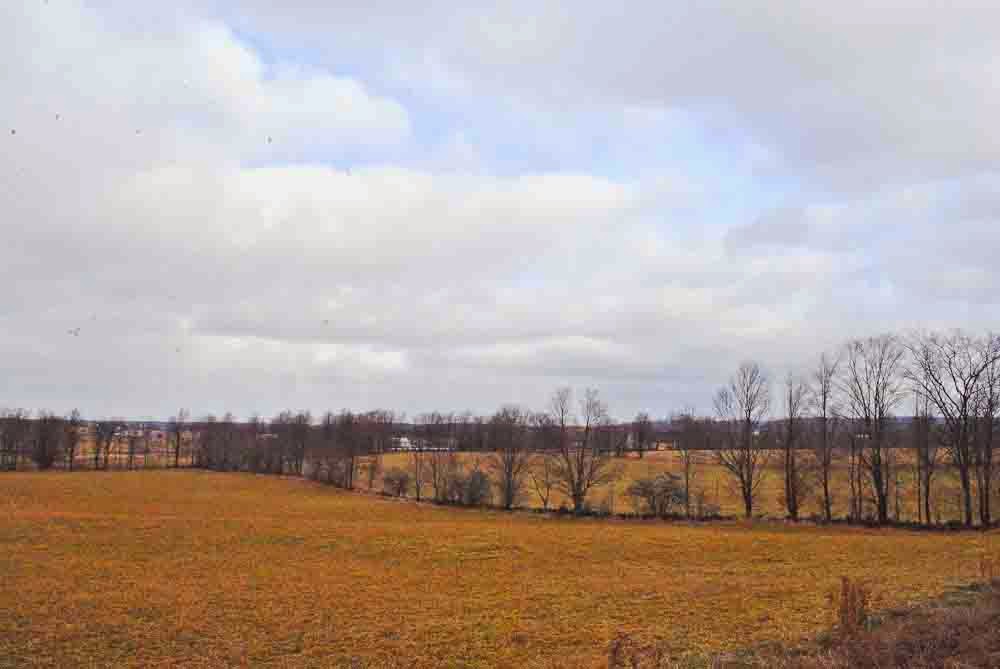 A lot of farms still have fairly small fields bordered with fencerows like this.  I'm told the typical small 8-10 acres fields on these old farms was about the area a team of horses could plow in a day.

You can't tell from this photo, but the farm on the left has had all its old fencerows removed, so the big machinery can drive from one end to the other - probably the area that huge modern equipment can plant in a day!  And I think the human eye somehow picks out the fencerows, like the one down the sideroad here, as a linear feature in the landscape better than the camera does. 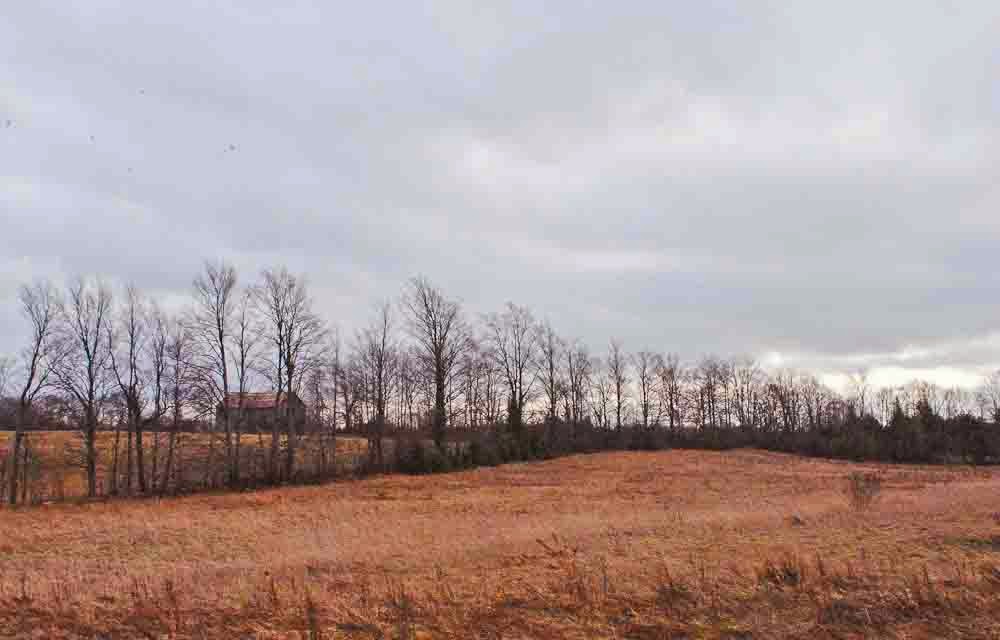 Another small field, with a barn hidden behind it at the top of the hill. 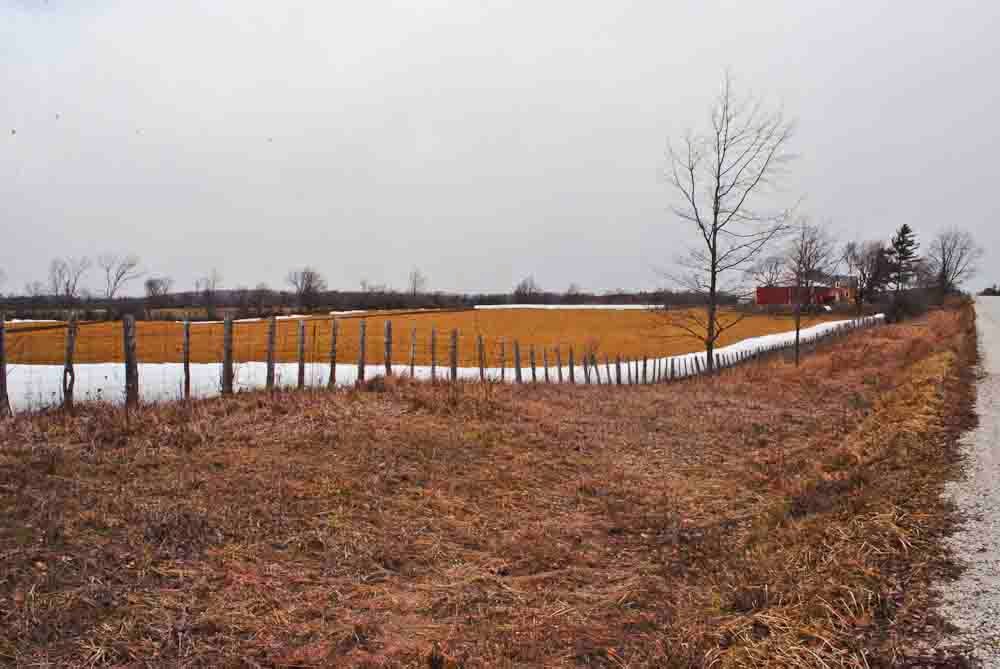 Along many fencerows or field edges, plastic-wrapped haybales rest, waiting for the time they're needed over the winter.  Farm after farm has lines that we refer to with our grandson as giant white marshmallows. 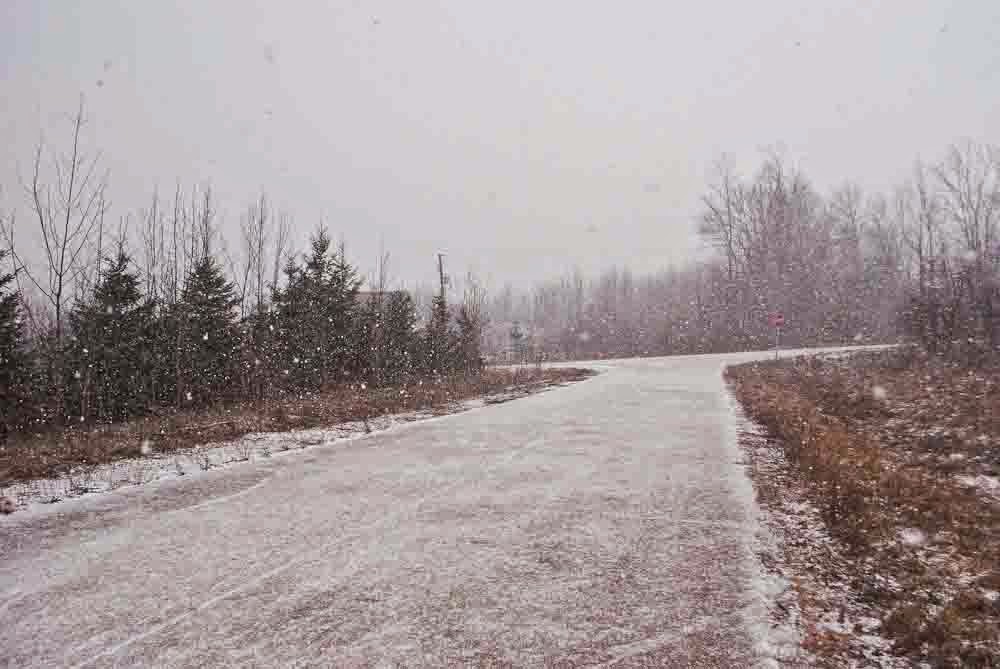 There was actually sun when I started out, as in the top picture above, but instead of continuing sunny breaks and bright pictures, I got increasingly gray clouds, and light snow, til this was the corner down the road an hour later. 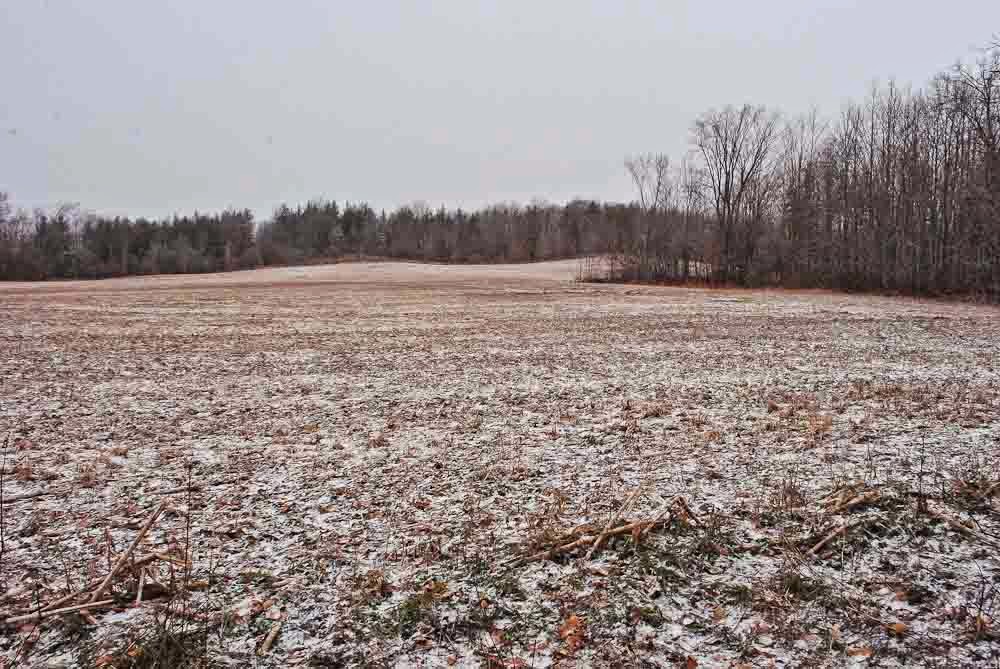 By then the fields had a light dusting of the white stuff.  It will likely continue to come and go with the temperature through the whole month.  We don't often get a green Christmas, but it does happen.