Last week I shared pictures of a friend's barn, using it to describe all the typical 'bank barns' we have around here.  They seem to be our most common type of barn.  This week, I've got a few pictures taken inside the barn - barn construction fascinates me! 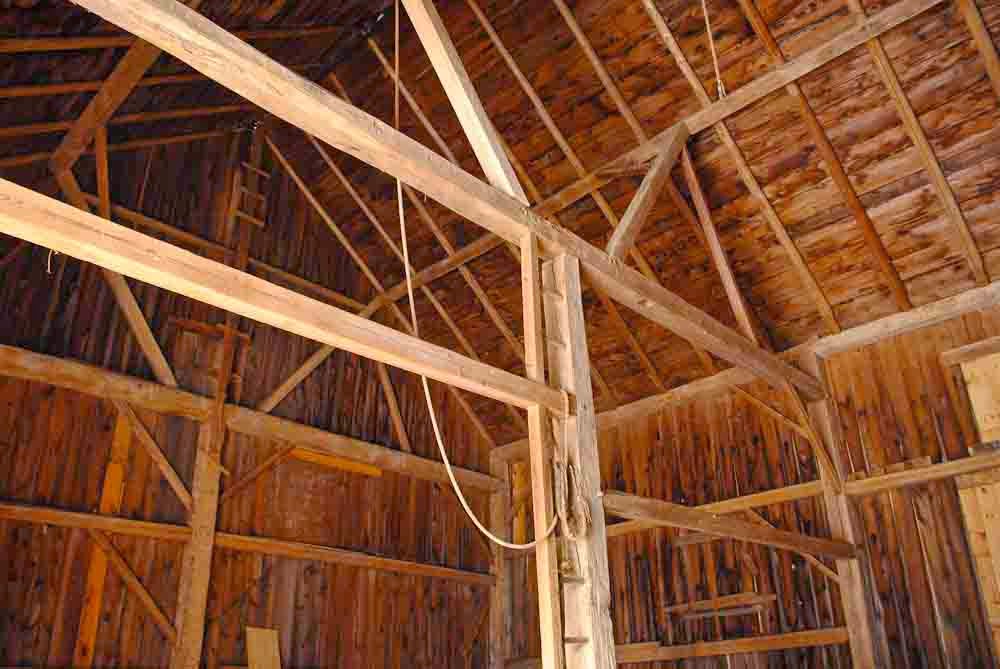 I first had a chance to examine the inside barn construction carefully a year ago, when another neighbour's barn was being restored and they took part of the roof off.  I described that here.  This barn is very similar, if not identical.  I expect that travelling barn builders were working from pattern books, so the framing was pretty standardized. 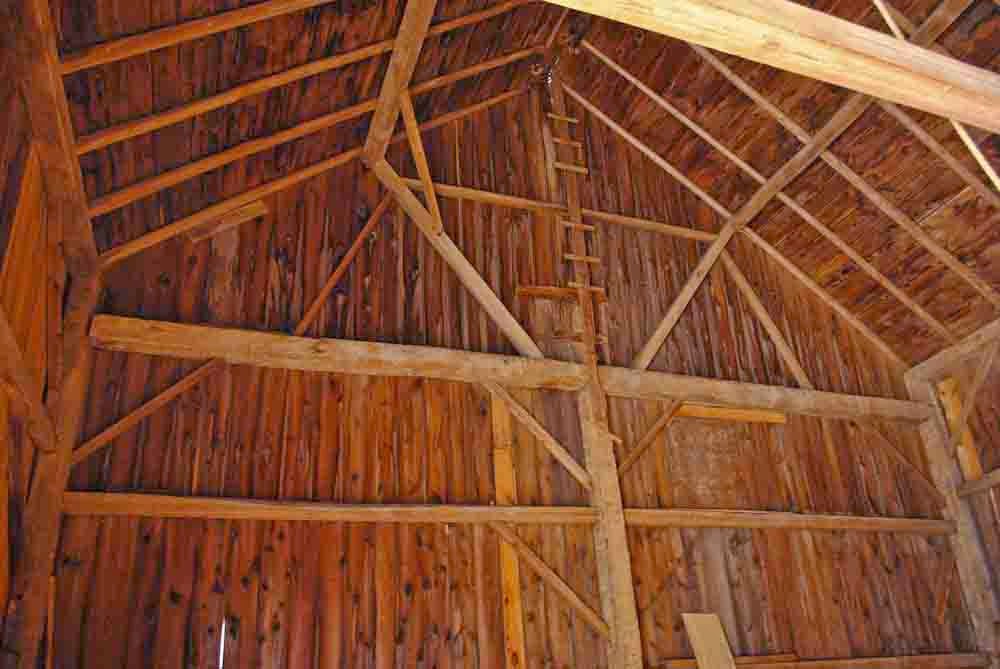 This picture illustrates the timber frame in one end of the barn, large posts in both corners and up the middle,  The horizontal beams connect the posts, and are braced with smaller diagonal beams in most corners.  That entire timber framework is known as a 'bent'; four of these, built lying flat and raised into place, then joined together would make the framework for the barn.  You can see why it's widely referred to as 'post and beam' or 'timber frame' construction. 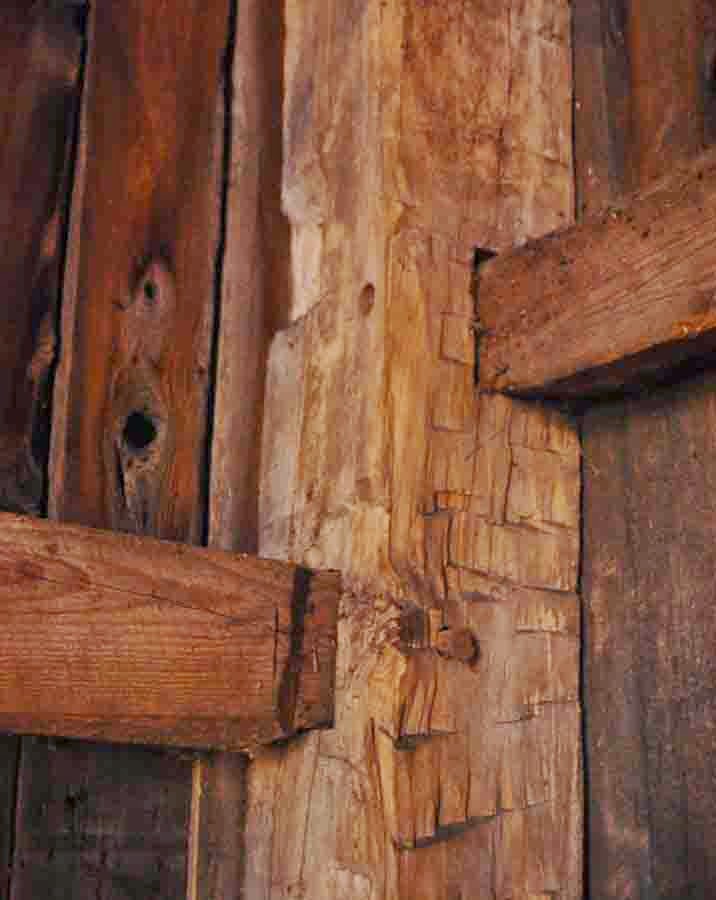 All of this basic timber framework is done without nails, through the magic of 'mortise and tenon' joints, held together with wooden pegs.  I explained this, with a diagram or two in last year's second post.  Here you can see the end of the smaller beam cut to form a 'tenon', which fits several inches into a slot (the 'mortise') in the vertical post, and you can see the end of the wooden peg pounded in to keep it secure. 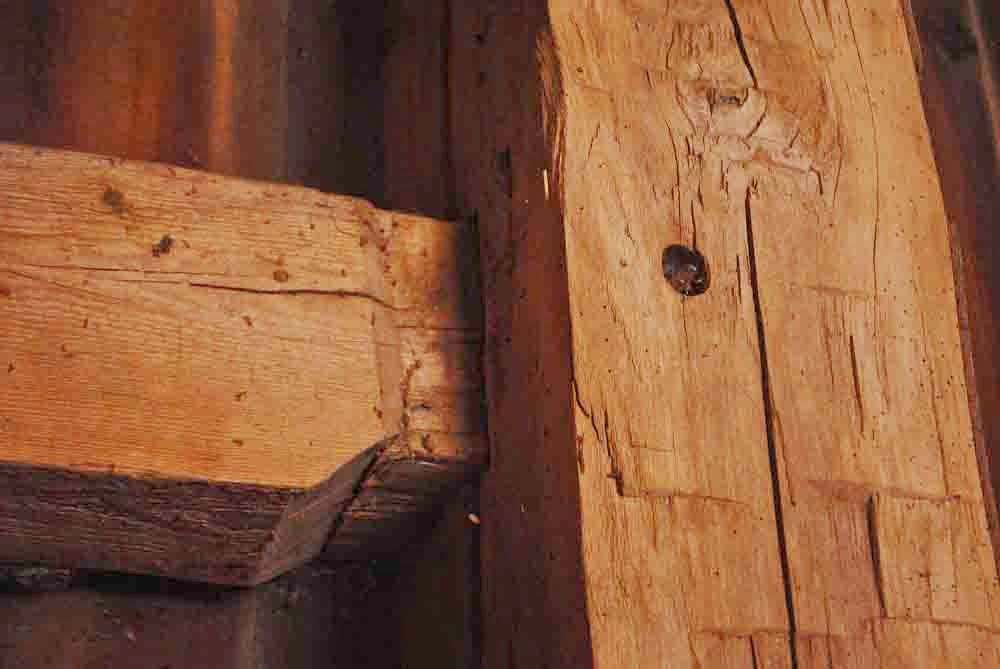 Another similar mortise and tenon joint held with a wooden peg.  These secure joints are why a timber frame for a barn stands for so many years without falling down.  All of these old barns are well over 100 years old, mostly built in the 1870's and '80's I expect.  So when you glance inside a barn you actually don't see the key construction features until you look very closely. 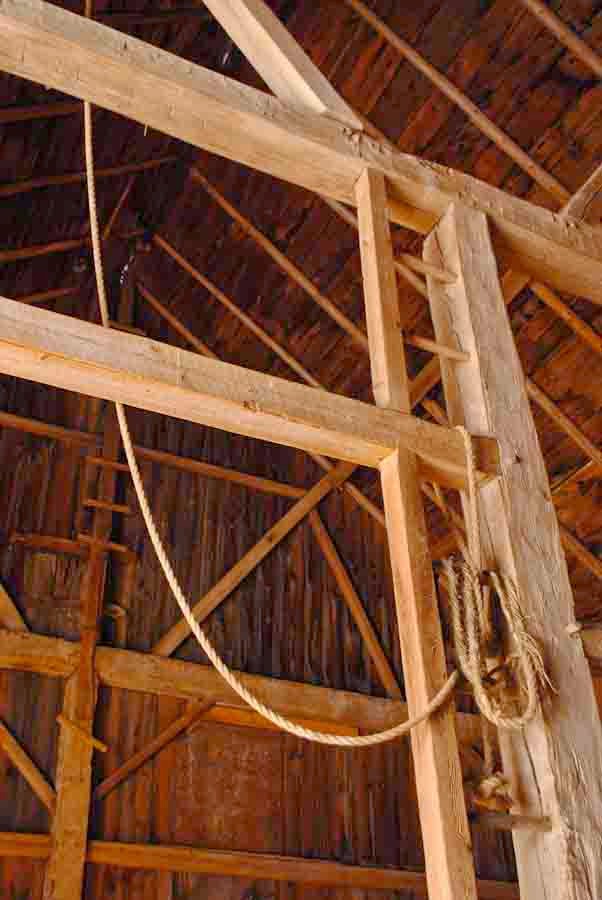 But I like the other little features, like this ladder built with an extra post and some dowels for steps.  The old rope was likely used to pull the long-gone hay fork back and forth, or for kids jumping into the hay mow. 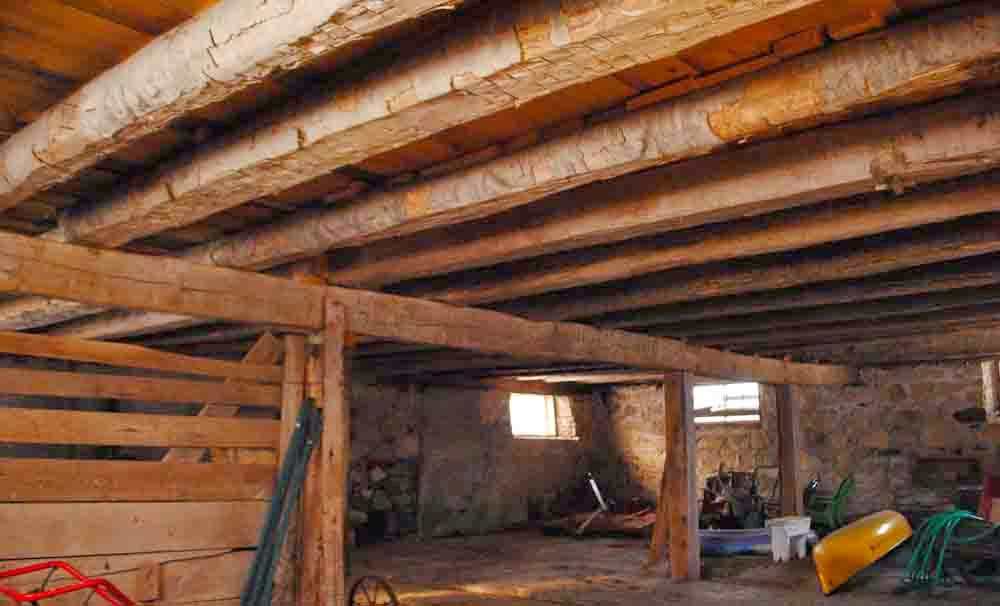 I also took a look inside the foundation of the barn, where the cattle once occupied the space - now just used for storage by this friend who is not farming.  In fact they only a few acres around the barn.  That long beam in the centre is a hand-hewn square timber probably at least 60 feet long.  I don't know where you'd ever get a single beam like that today. 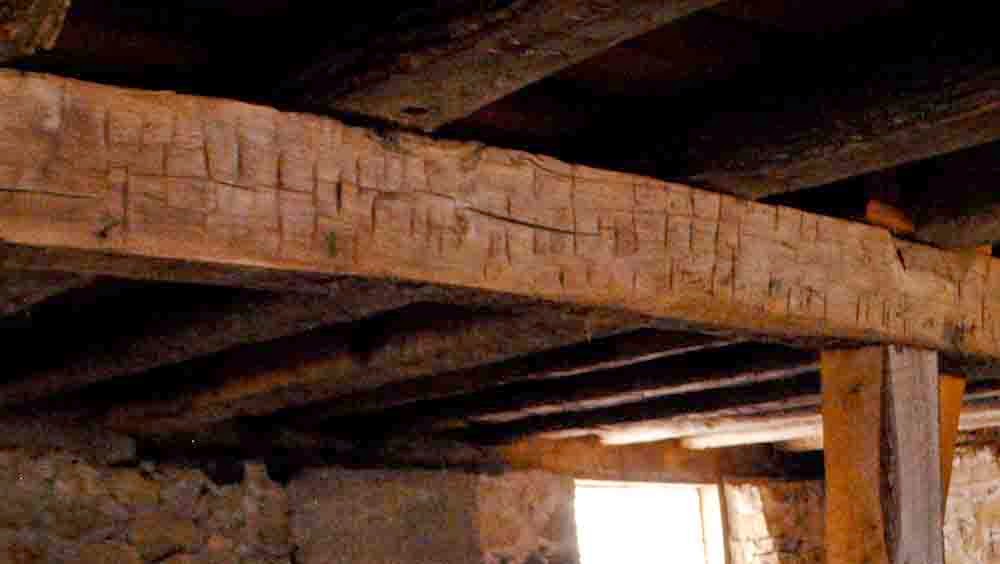 And you can clearly see the old adze marks on it, from where it was originally 'squared - although the posts have been replaced with more recent sawn timbers. 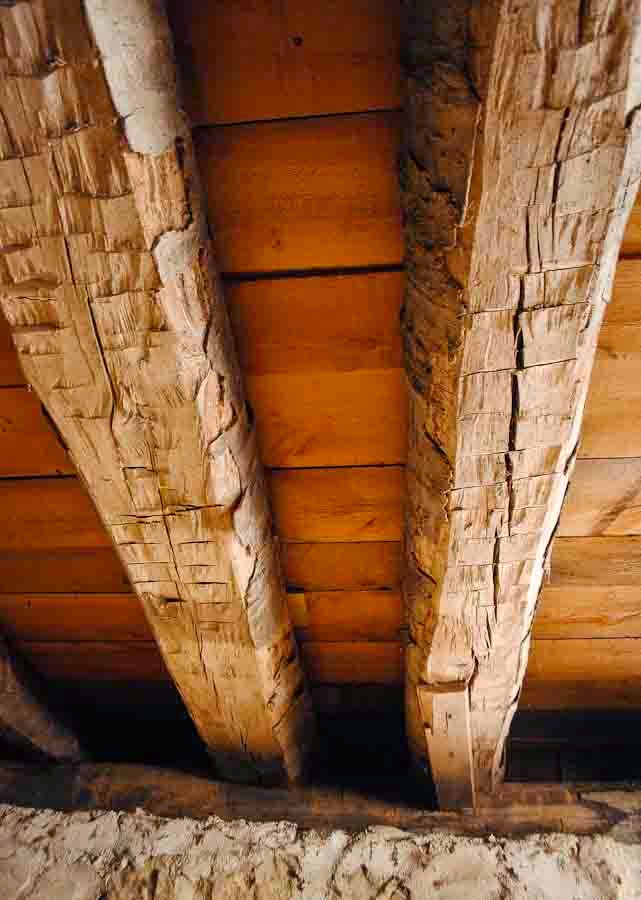 The adze marks on the timber joists for the barn floor are also clearly visible, though these timbers were never 'squared', just flattened on two sides and left with two round sides (even with some of the bark still on).  The floor is new, as my friends totally replaced it with two inch sawn boards two years ago.  It worked well, as they hosted the local Bruce Trail Club's barn dance last summer!

Hope you enjoyed seeing the inside of a barn this week.  If you ever get the chance, take a close look at the framing next time you're inside a barn.  Linking to 'The Barn Collective', which took a holiday last week, so I'll now link that post too, to help this one make more sense.
Posted by The Furry Gnome at 12:39 PM