We had a very interesting sunrise on the second sunny day of the last month, about a week ago.  It started out with a large grey bank of clouds in the east that I would describe as snow clouds, and I thought we'd see no real sunrise.  But then bands of faint pink appeared on a higher level of clouds above the grey cloudbank. 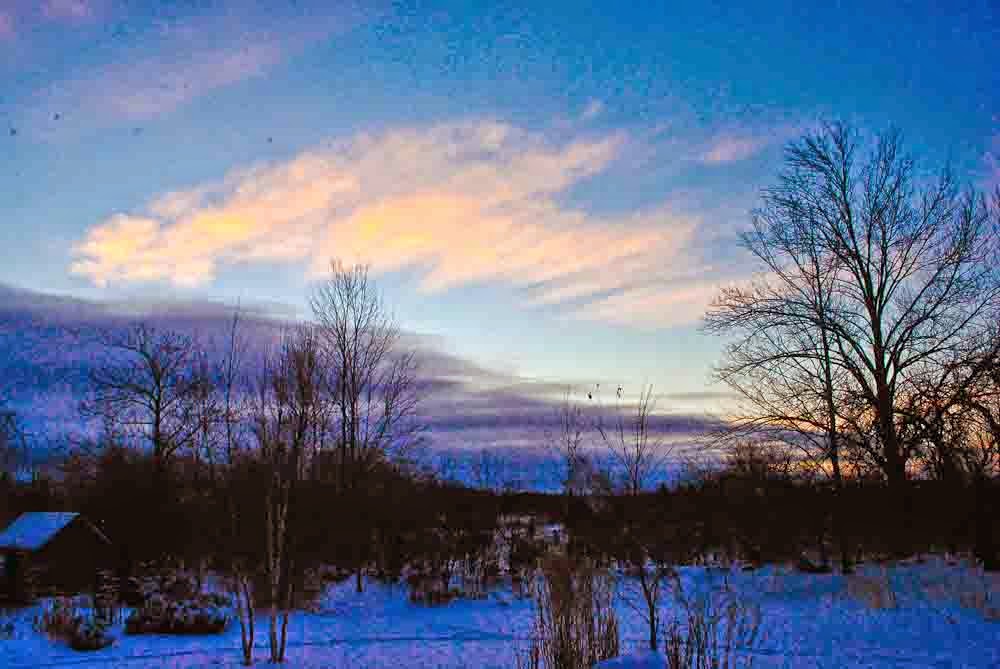 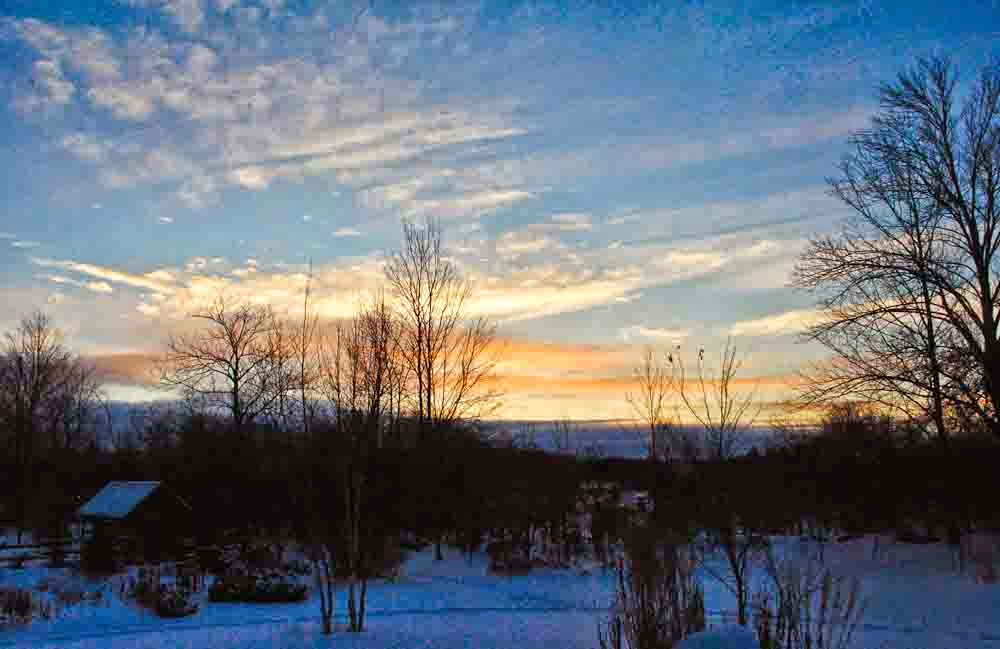 As I watched it became obvious that the grey clouds were disappearing in the east, but higher level clouds were coming the opposite direction, towards me.  The pink clouds turned white, and others in the background started turning orange. 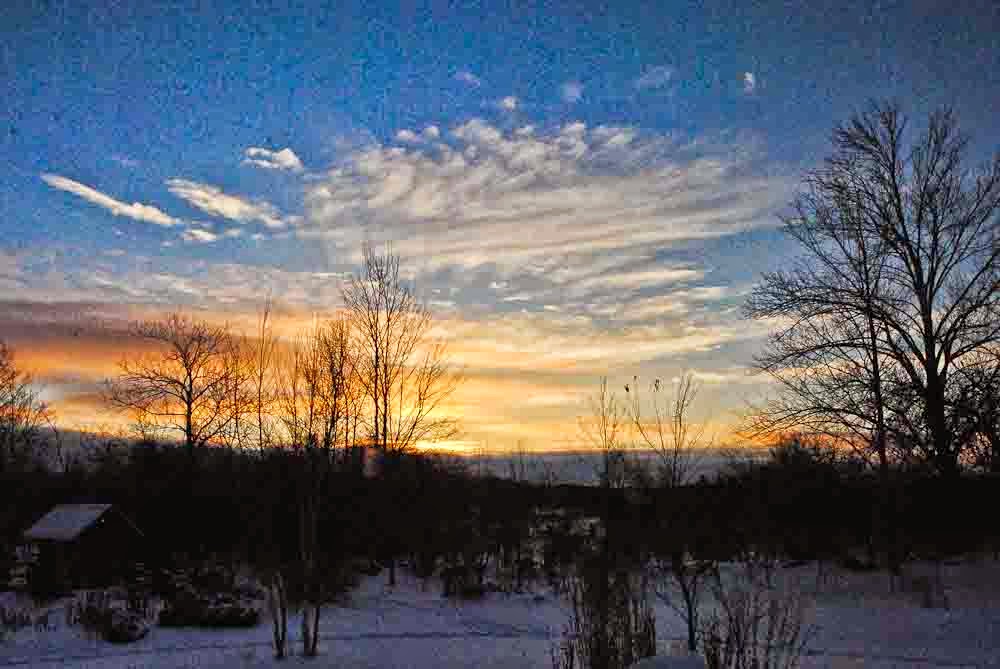 These clouds were moving fast to the northwest; this and the picture below were just a few seconds apart. 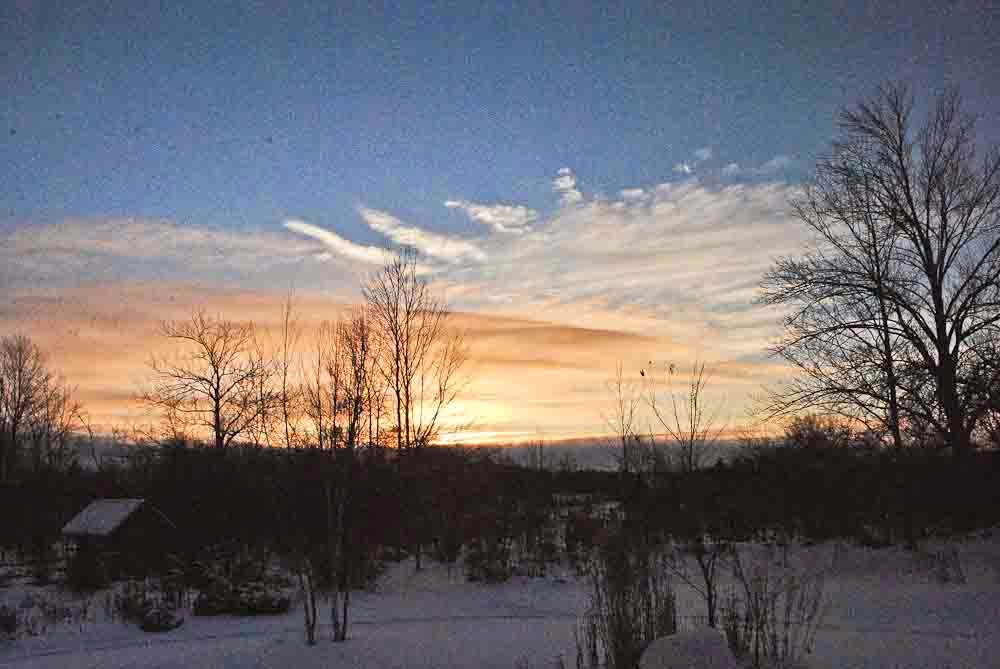 But then the sun rose and it became to bright to get a good picture. 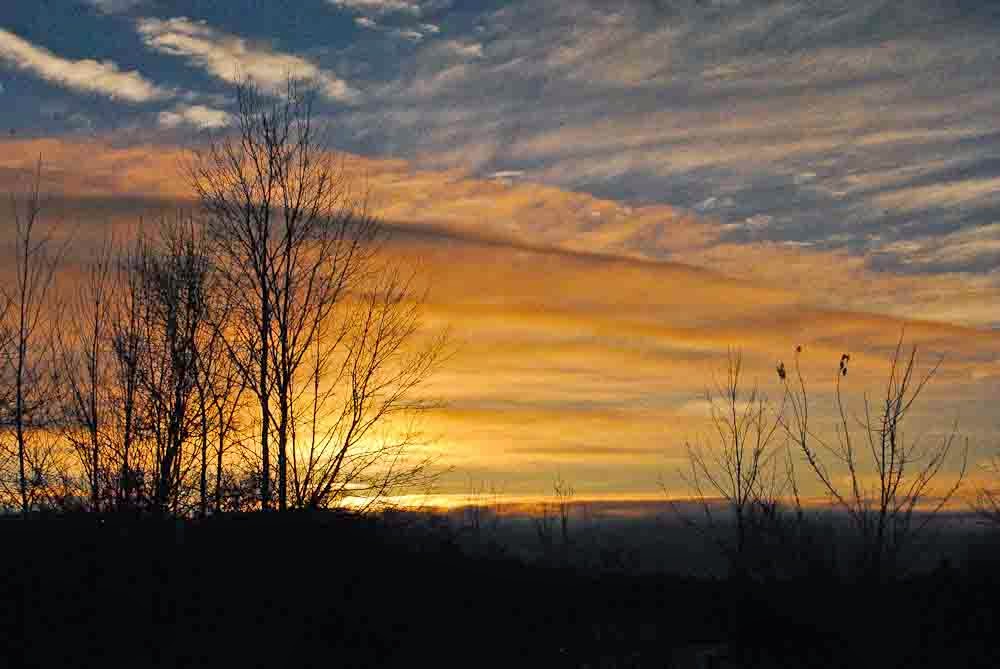 And a closer look shows even more interesting colour as the sun nears the horizon.