Getting the Ski Hill Ready

Another sign of the seasons around here is all the work done to get the downhill ski slopes ready over at the Beaver Valley Ski Club.  As soon as the temperature dips below freezing, they think about making snow.  It was one of those bright sunny days when I got these shots. 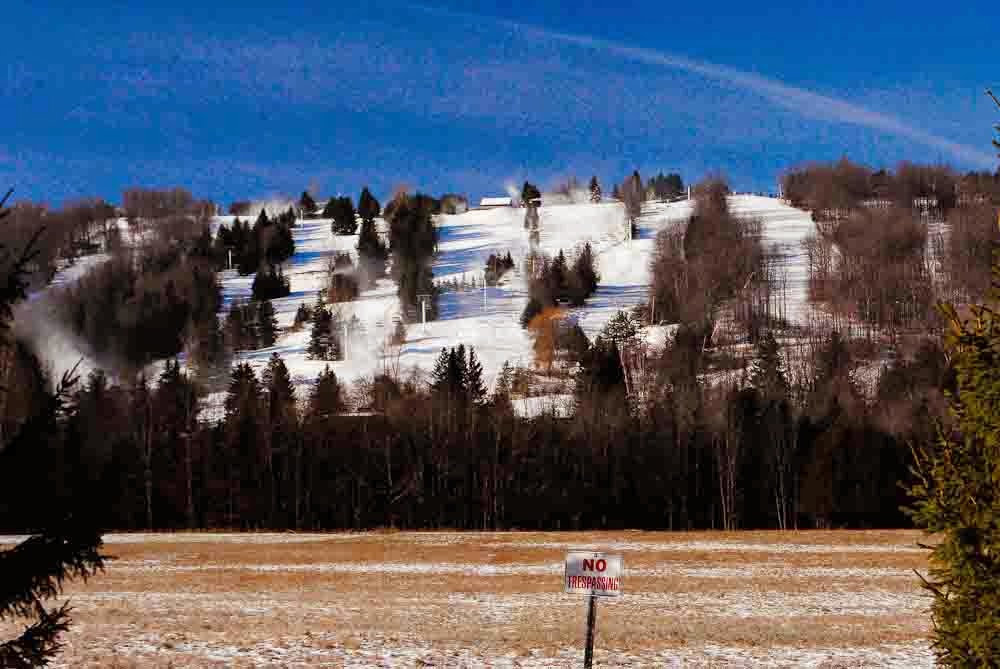 This shot from below the slopes shows about half the runs at the ski club, not a big hill compared to the mountains, but popular locally.  It will be busy on the weekends all winter. 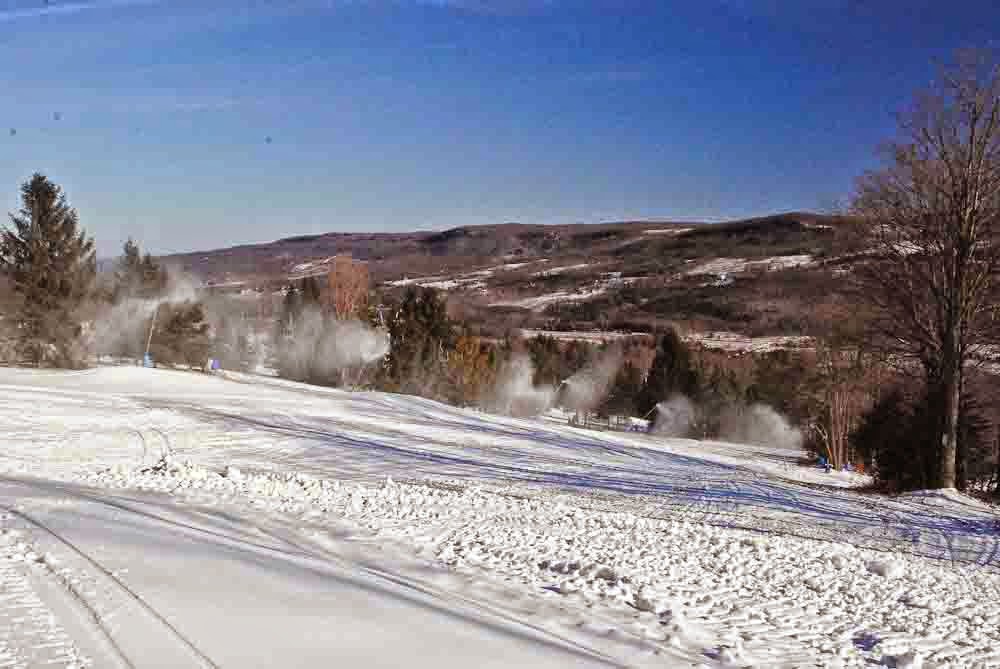 I stopped at the top, and they had quite a few of the snow guns going down the slope. 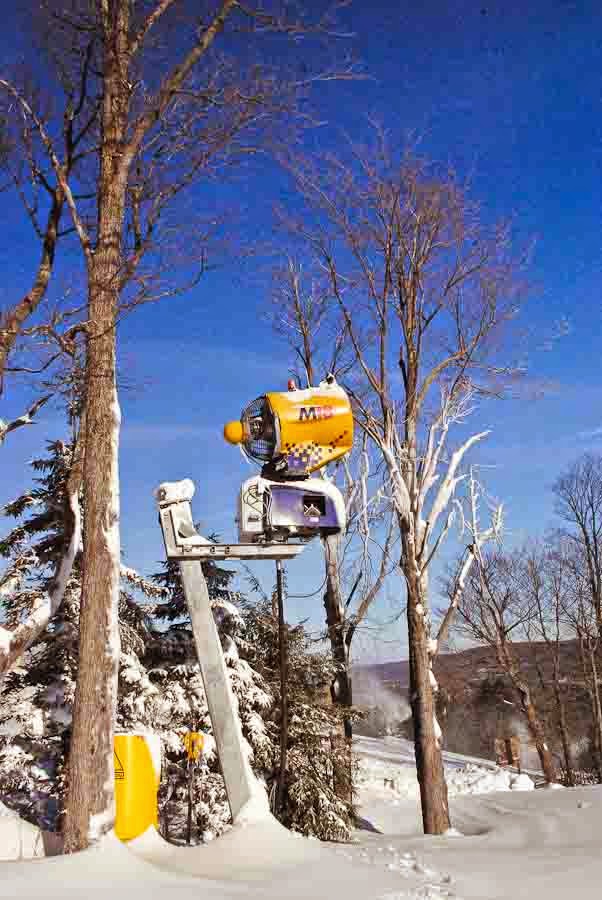 This is one of the big new snow-making guns, one that uses much less water. 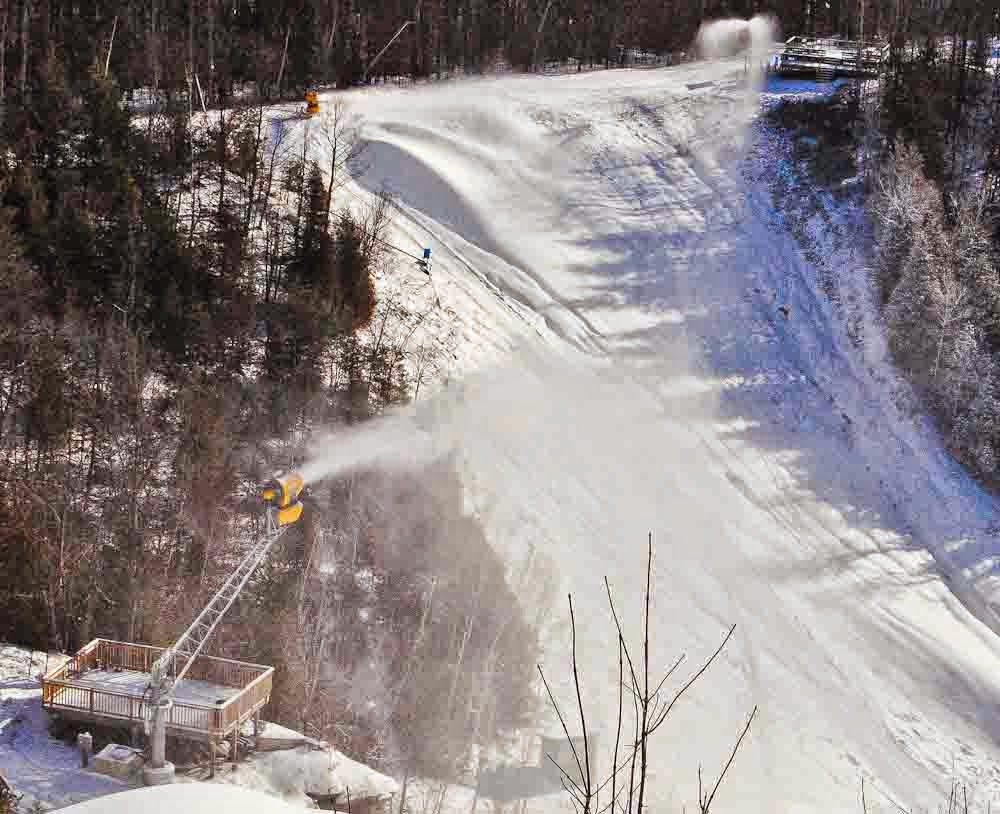 Further down in the Avalanche bowl, three other guns were blowing snow onto another slope that is far to steep for me to ever consider! 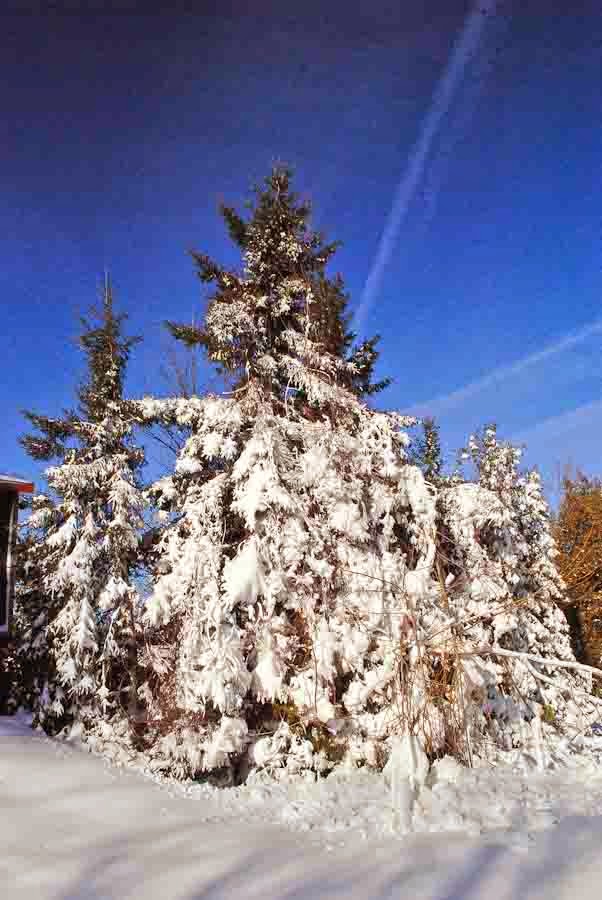 Meantime, the evergreens at the top get plastered of course.  Ten days ago when I shot these, it looked like they were well on their way to skiing over Christmas, always a hoped for bonus for the season. 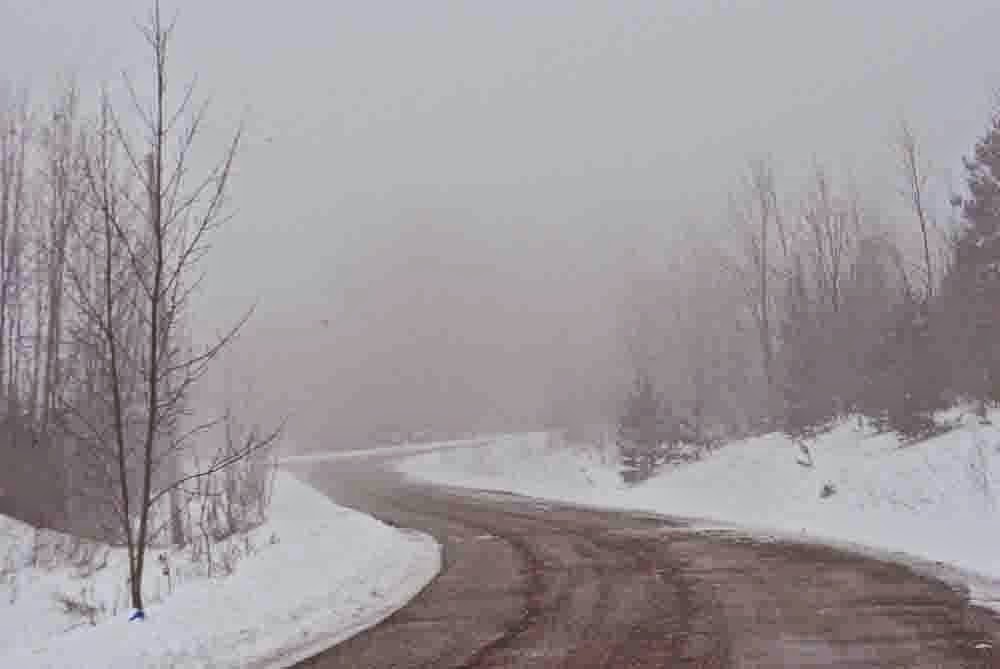 But then our recent thaw arrived.  The temperature has been at or above freezing for 4 days now, providing a nice foggy atmosphere, but melting the snow too. 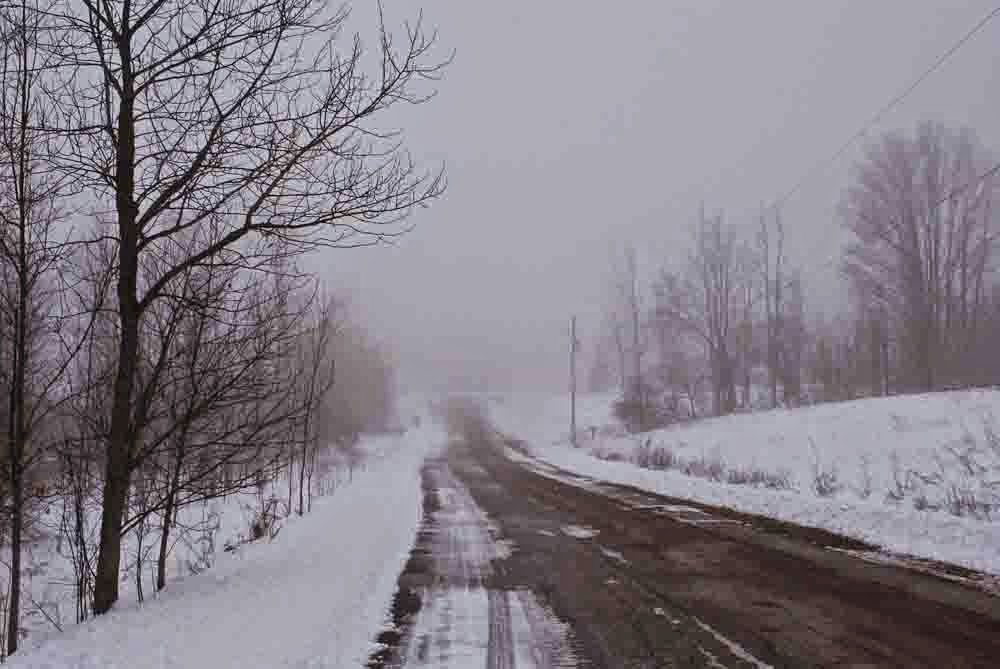 We only have a little snow left here now, though I haven't checked the ski hill.  As soon as it dips colder again you can bet they'll be out there trying to make more snow to be ready for the ski season.  That's the way the early winter season goes around here.