Three days ago I was sitting by the window in early morning enjoying my coffee and reading blogs, when I noticed several jet trails against the dawn sky.  These 'contrails' don't often form at all; there are many more planes passing overhead than the contrails you will see.  But when atmospheric conditions are just right, the passing planes leave behind their straight narrow trails, really just another form of clouds. 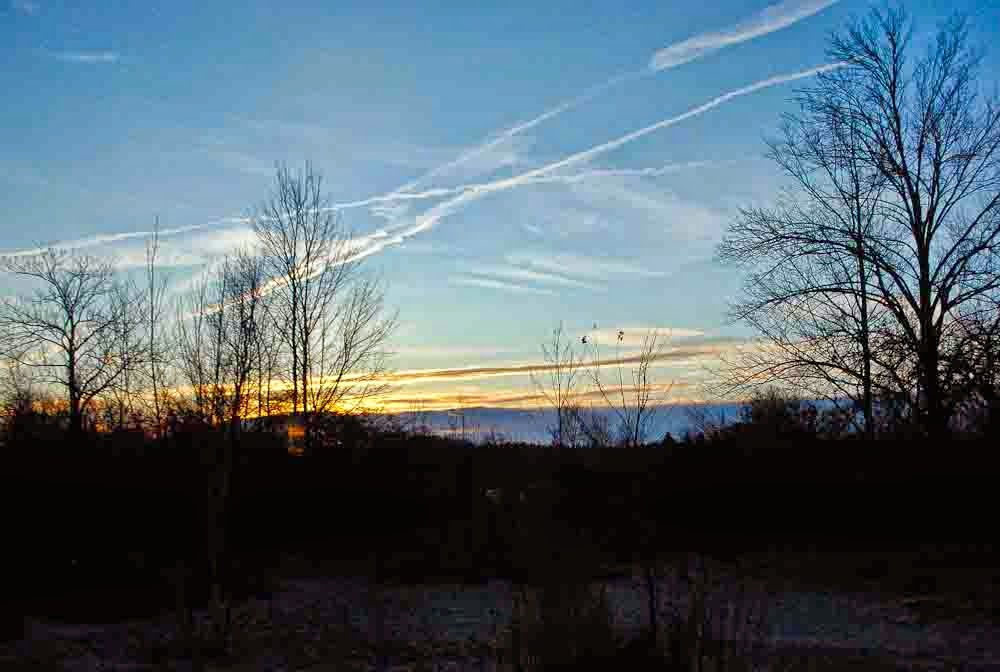 Obviously the atmospheric conditions were just right on Tuesday.  There were several long straight contrails crossing one another, and as I watched another appeared, and promptly vanished. 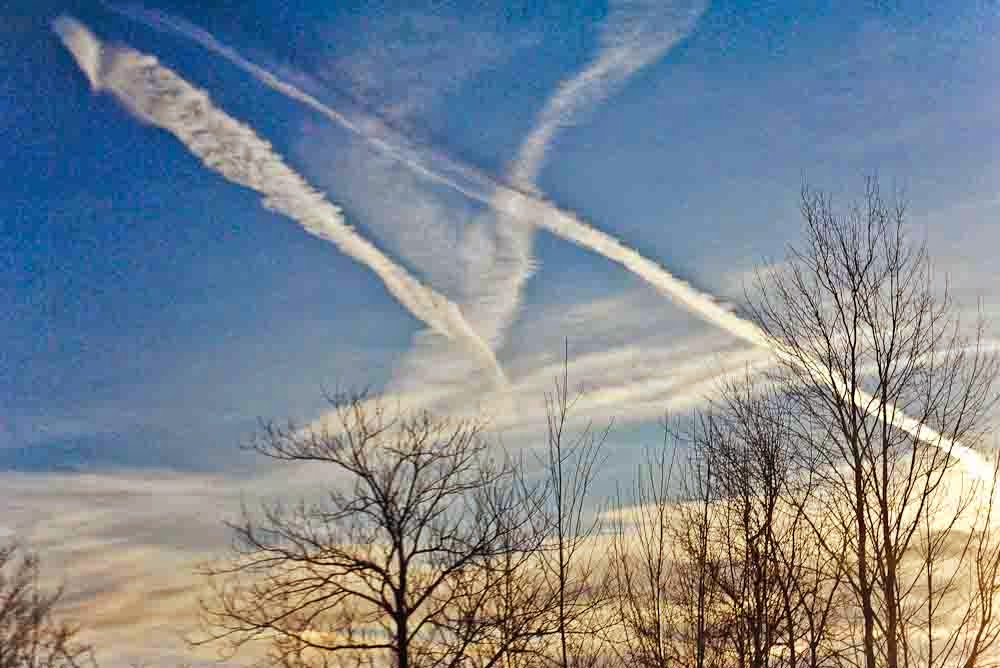 The contrails consist of water vapour from the planes' exhaust, condensing into billions of tiny water or ice crystals when they hit the cold air high in the atmosphere - if the combination of cold air temperatures and high relative humidity is just right. 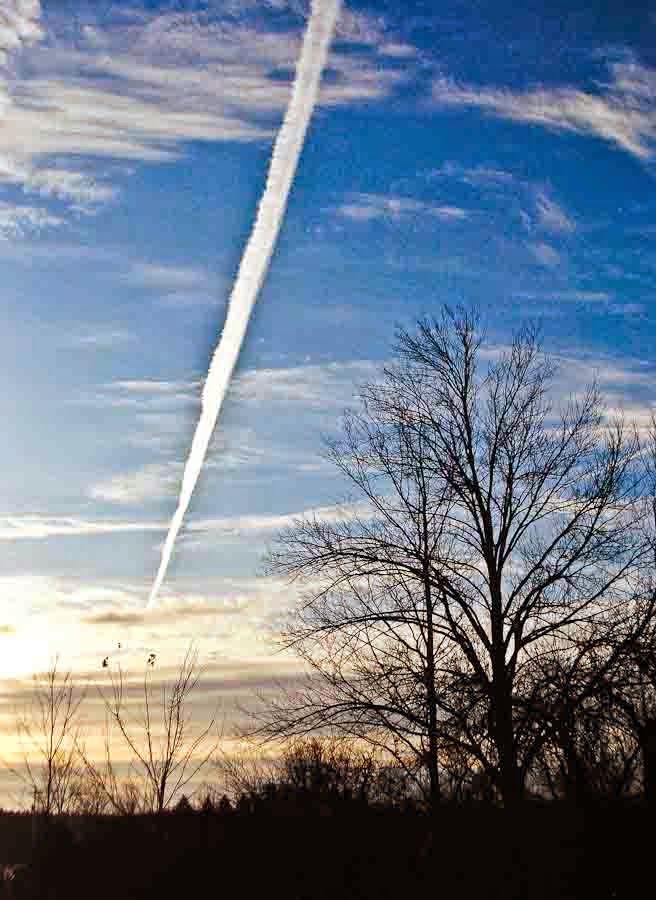 In any case, they made for a very beautiful sky for an hour or two.  By the way, I think this was about hour 4 and 5 of sunshine we've had in the last three weeks interrupting  the usually grim grey November skies. 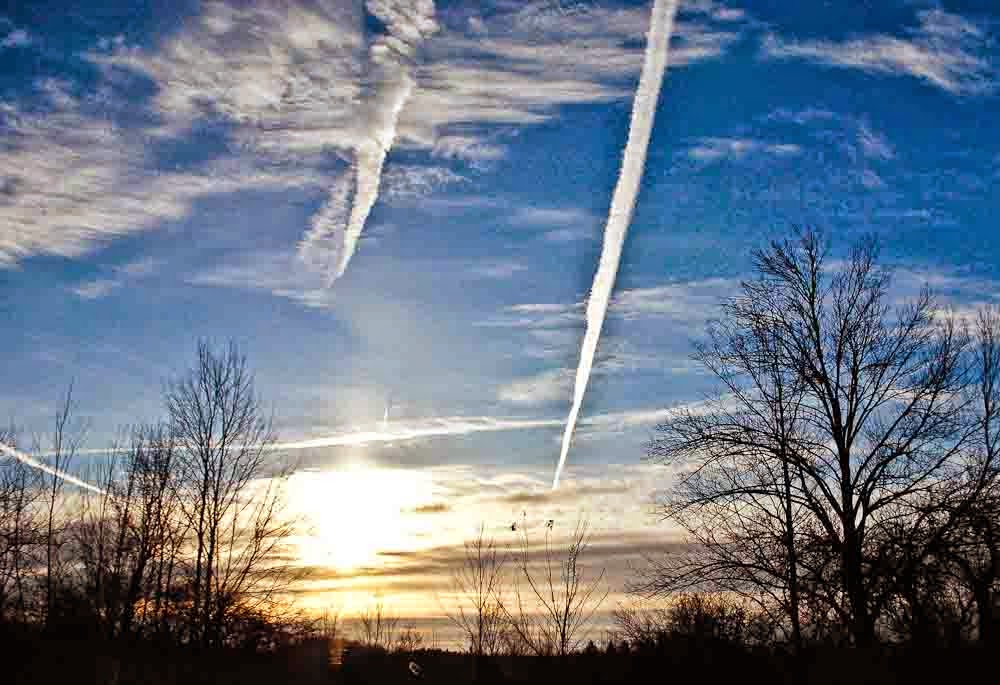 I headed outside with the dog and my camera relatively early that morning to get these shots, and I'm glad I did - the sun was gone behind clouds again by mid-morning. 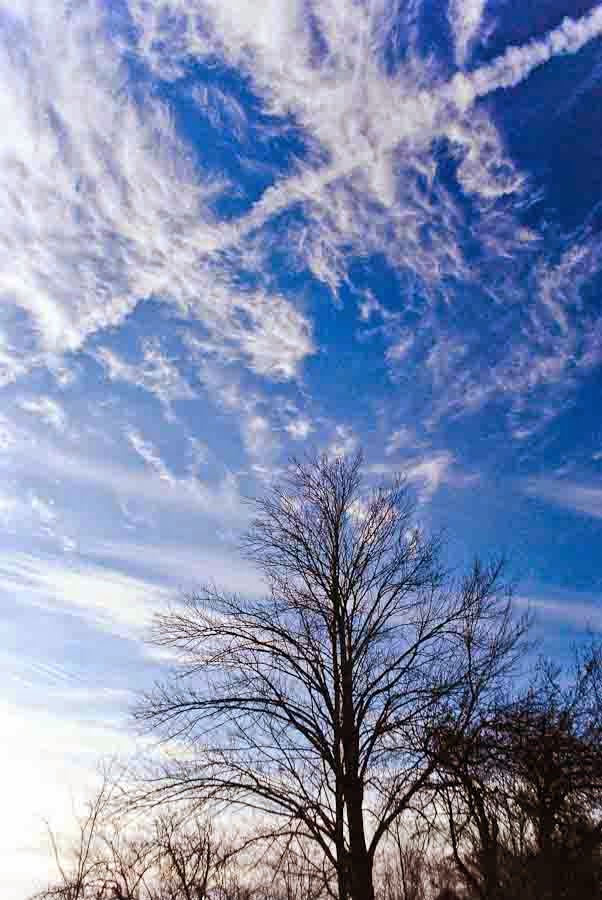 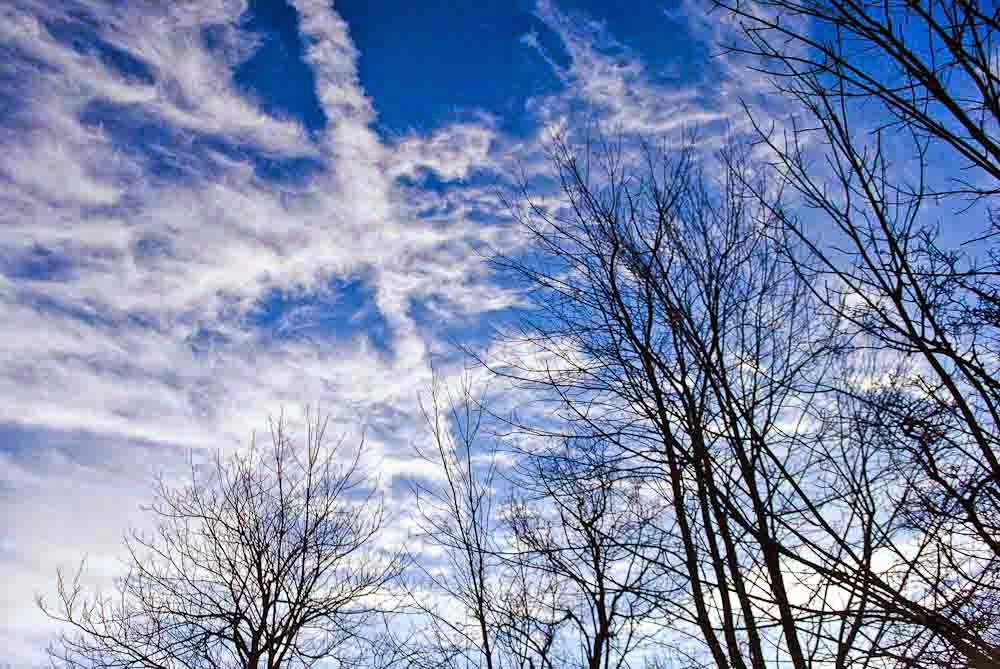 Even as the other clouds moved in though, you could still see the remnants of contrails cutting straight across the sky.  Gave me a perfect series of pictures for: