Let me try to give you some history about the barns I've been posting pictures of the past few weeks, since a reader asked about it last week.  This part of Ontario, Grey and Bruce Counties, widely known as 'The Queen's Bush' in the 19th century, was opened to new settlers in the 1860's, after settlement roads had been pushed through to Owen Sound.  There is some very interesting earlier history of black pioneers here, and of course the First Nations, but those are other stories. 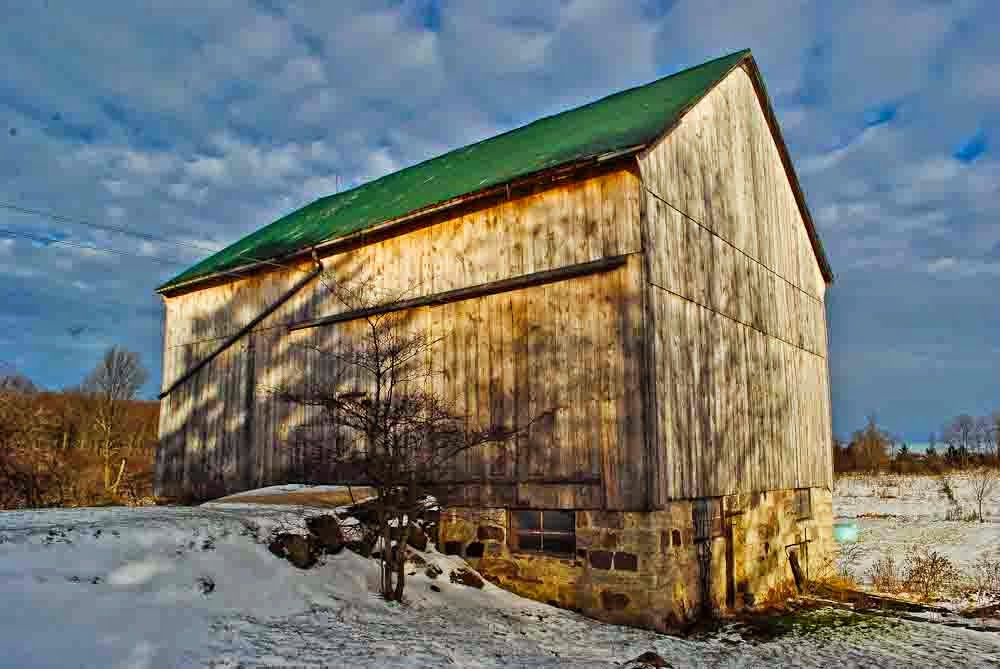 I went over to a friend's place to illustrate this with pictures of their barn, which is no longer in use for farming, but has been recently restored, with entirely new siding and interior floor - and they did most of the work themselves!  This is a very typical old bank barn, similar to most of the others I've had pictures of. 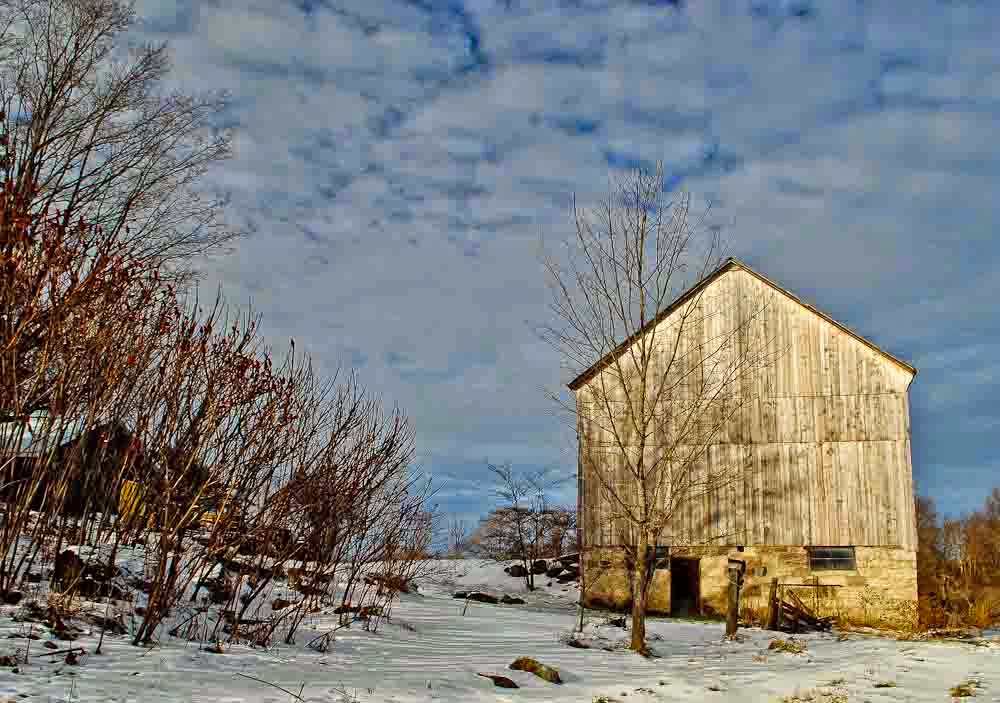 It's known as a 'bank barn' because it's built into a bank in the landscape, enabling access to the upper floor directly on the one side, and access into the stone foundation on the other.  For most of it's farm life, this barn like all the others, held animals below, and hay stored for the winter, along with some grain bins, upstairs. 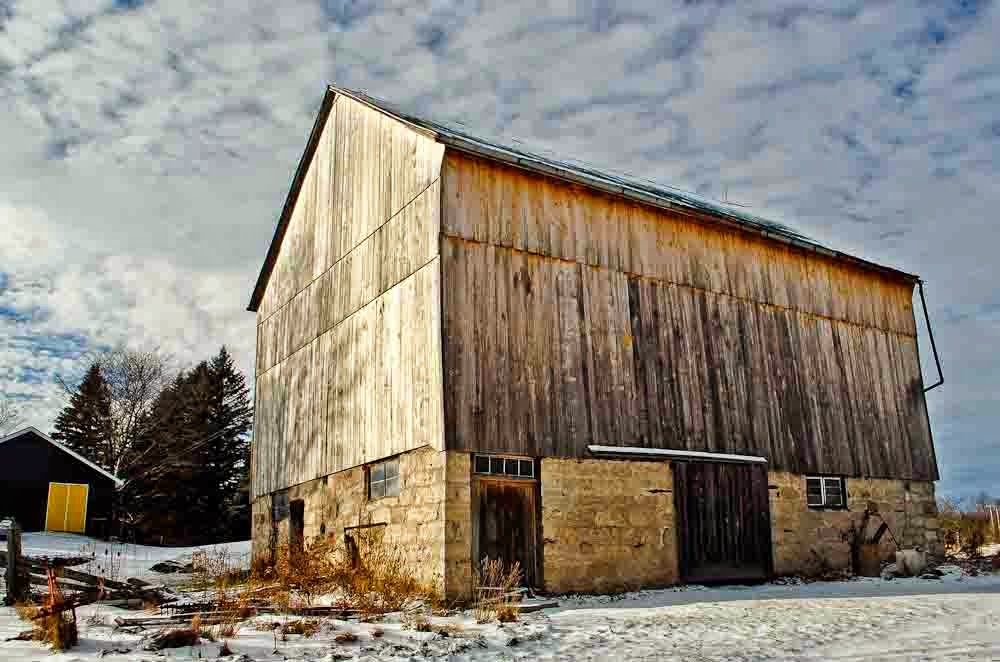 Here's the lower back side of this barn, the foundation open at ground level so livestock could walk in and out.  Most farms started out in the late 19th century as mixed farms, with some cattle, at least two horses to work the fields, and perhaps some chickens or pigs.  Now most of these barns have no livestock at all, nor any hay! 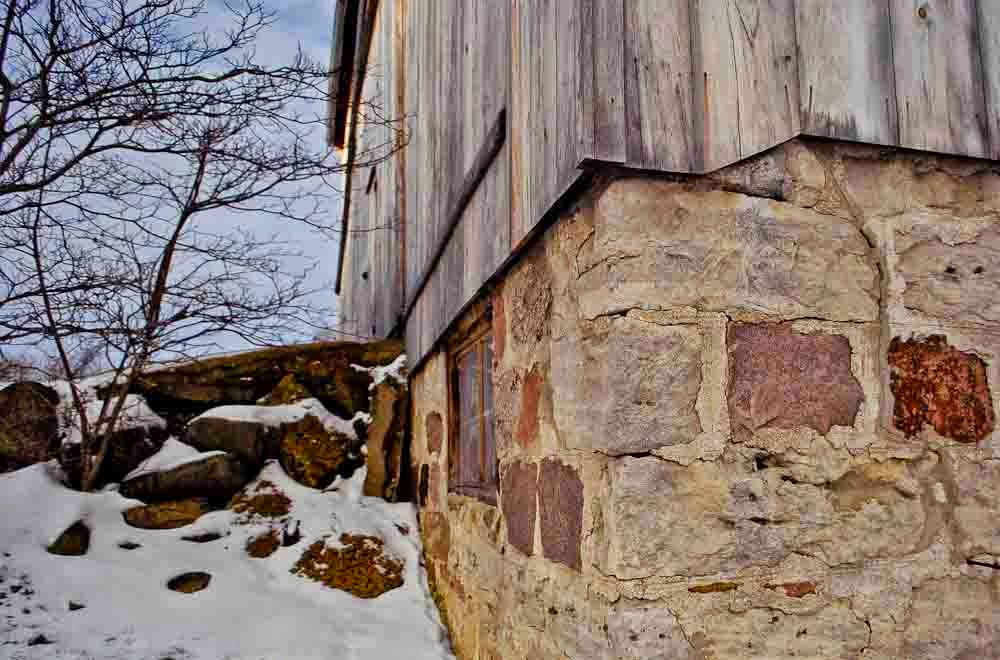 I'm always amazed by the stonework in the foundations, usually put together by itinerant stonemasons.  Not only could they cut limestone into square blocks, they could do the same with granite!  Here you also see the ramp to the upper leve. of the barn, built up a little to provide a ramp, in spite of being built into the bank. 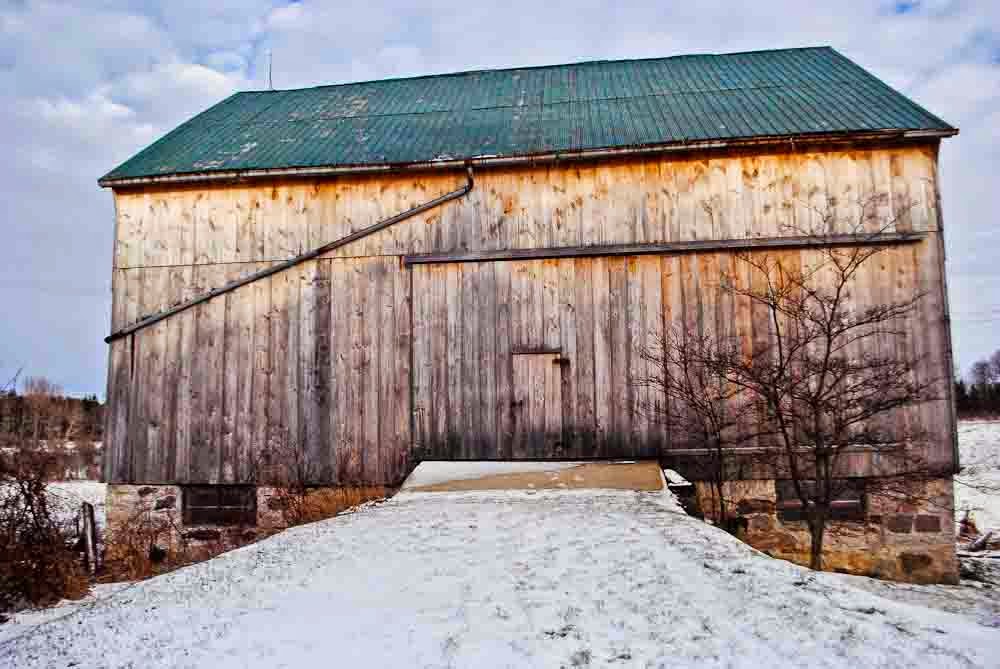 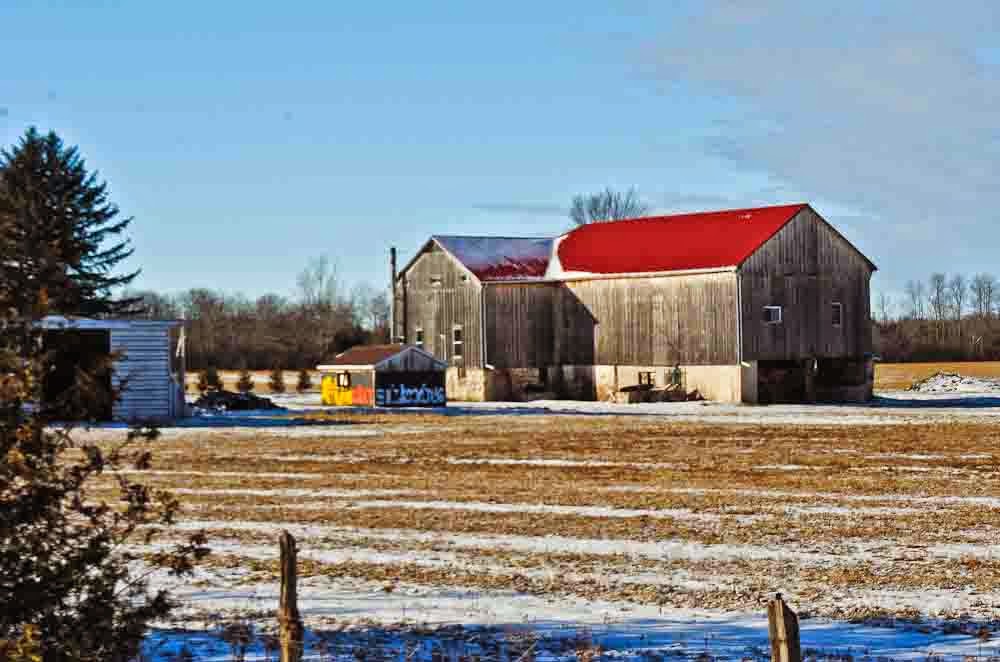 Here's another friend's barn, this one built on flat ground, so as you can see in the picture below, a ramp had to be built to the upper level.  Originally hay would be harvested loose, and piled loose in the haymow, using a huge hay fork that dropped from the roof to unload the wagons.  I remember seeing this done at my uncle's farm when I was young.  Square bales soon took over, though they're a lot of work.  It's the large round bales handled by tractor and stored outside that make these old barns largely redundant today. 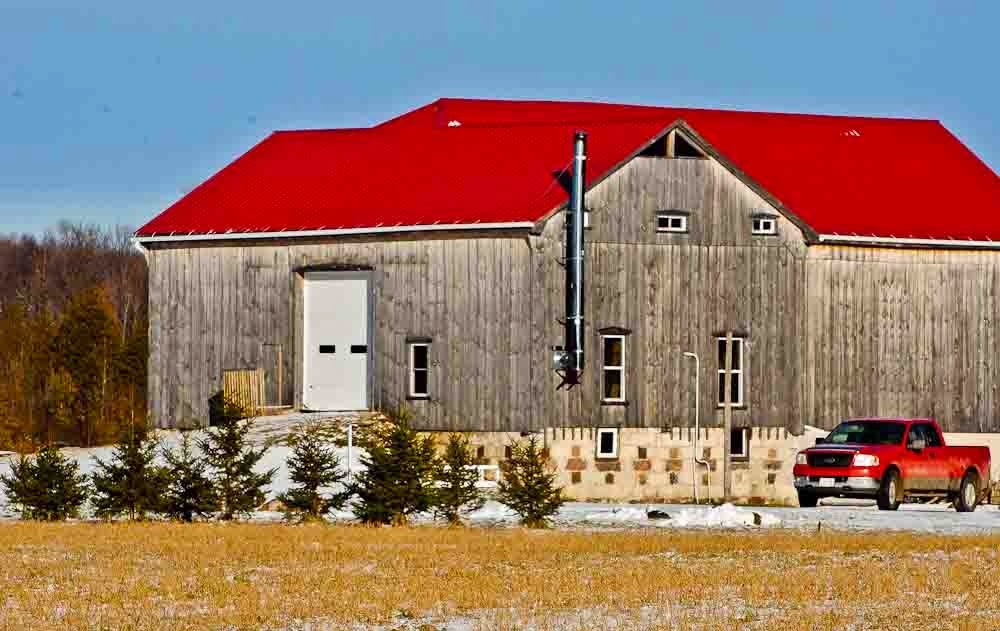 The other end of this barn shows the ramp to the upper level.  It's also full of clues that this is not a farmer's barn!  The big new garage door, the windows, and the pipe for a wood stove all tell you that this belongs to a rural non-farm resident.  In this case, there's a wonderful large workshop inside those windows, and the main barn is used to store wood for furniture projects.

Next time I'll show you the inside of one of these barns, and tell you more about their construction.  There is no 'Barn Collective' this week, but I'll link in again next week.