I shared some of our unusual fences with posts only a couple of feet apart last week, and asked if anyone else had seen these.  I've since consulted with a couple of my friends who are long-time farmers in the area and got the real story behind these.  Several of you suggested they were snow fences, and you're partly right. 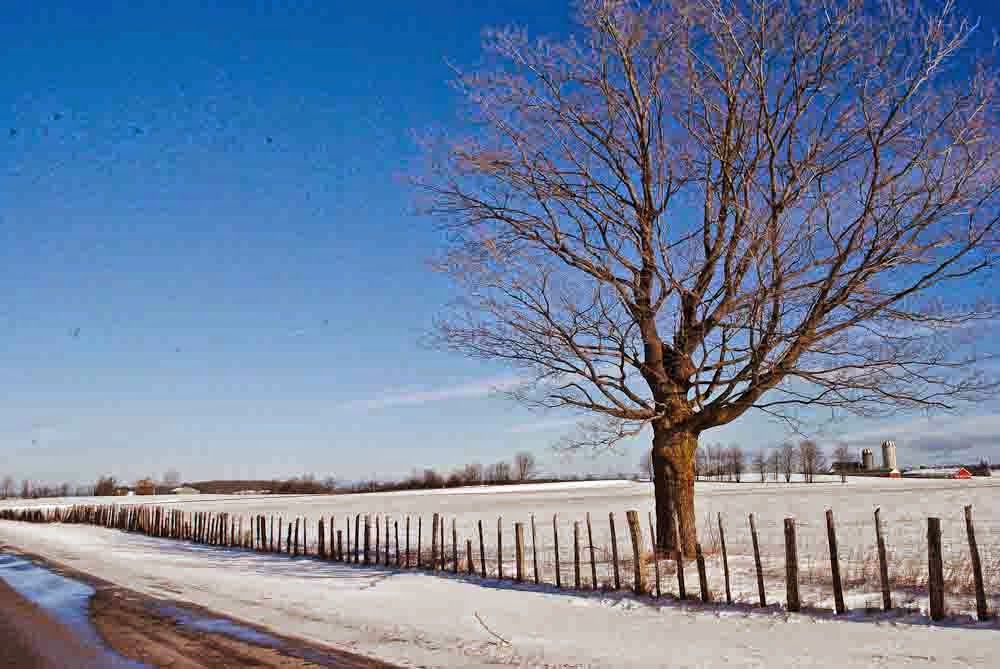 My friends first pointed out that you only see these fences along roads, not dividing the internal fields of a farm.  The fact is that these fences get totally buried in snow thrown by the snowplow, which shatters the light structure of new-fallen snow and leaves the snowbank at least twice as dense as the snow elsewhere, and of course pile the snow much deeper. 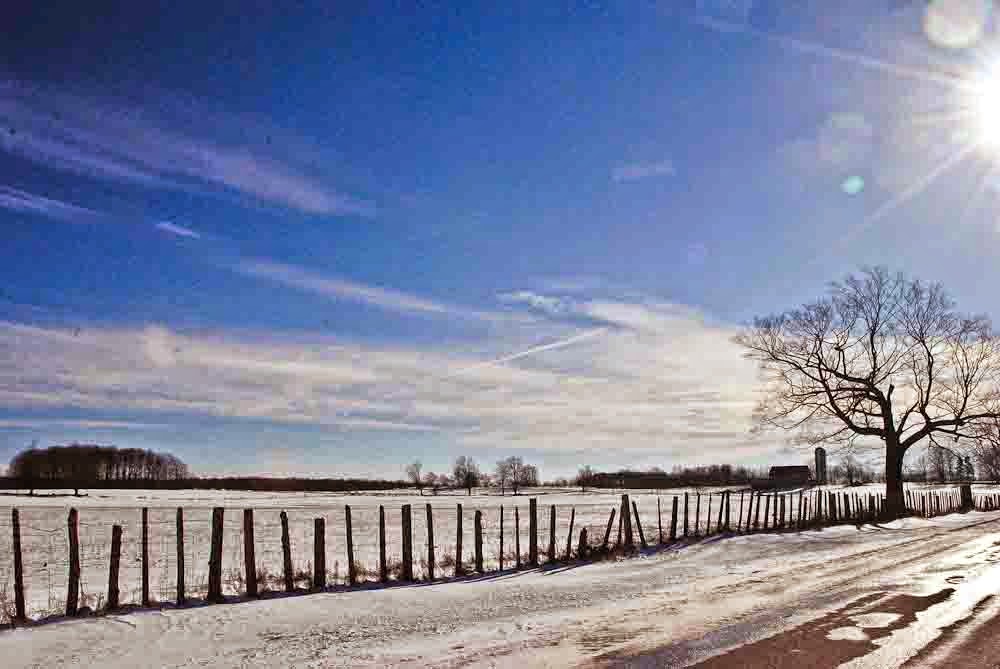 You then have to think about how these deep roadside snowbanks behave in winter.  As we get milder periods, the snow collapses further on itself, becoming ever more dense, and if the temperature is high enough before freezing again, forming a layer of ice.  Over the winter season, these snowbanks will become densely-packed with icy layers in between fresh snowfalls. 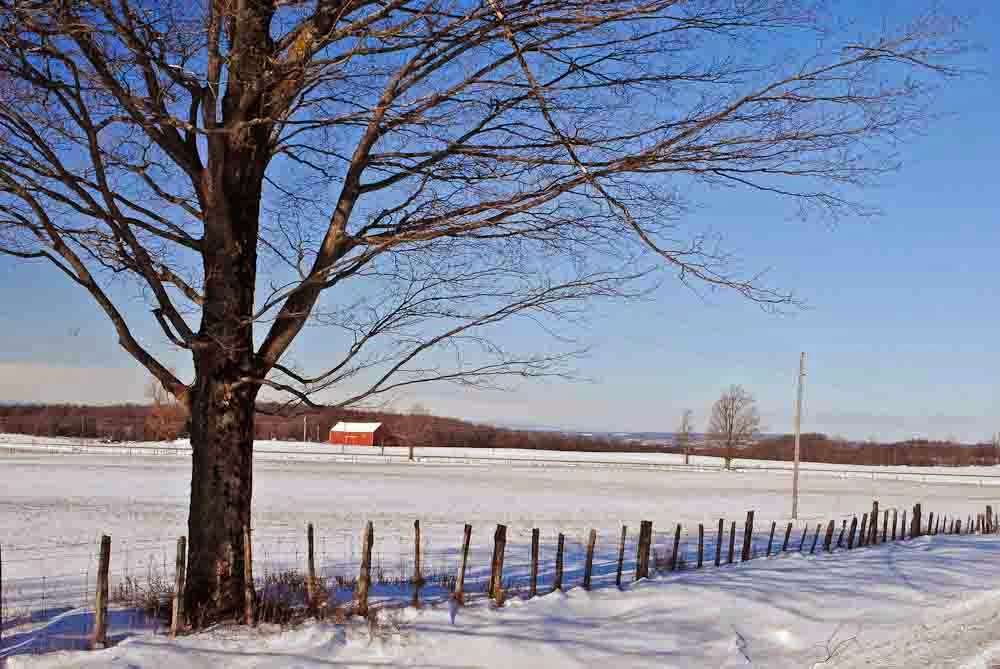 We're in the snowbelt here, as you can see in these two pictures, so the snow might be 10 or even 15 feet deep over these fences by late winter.  And when all that collapses in the spring thaw, it takes the fence wires down with it. 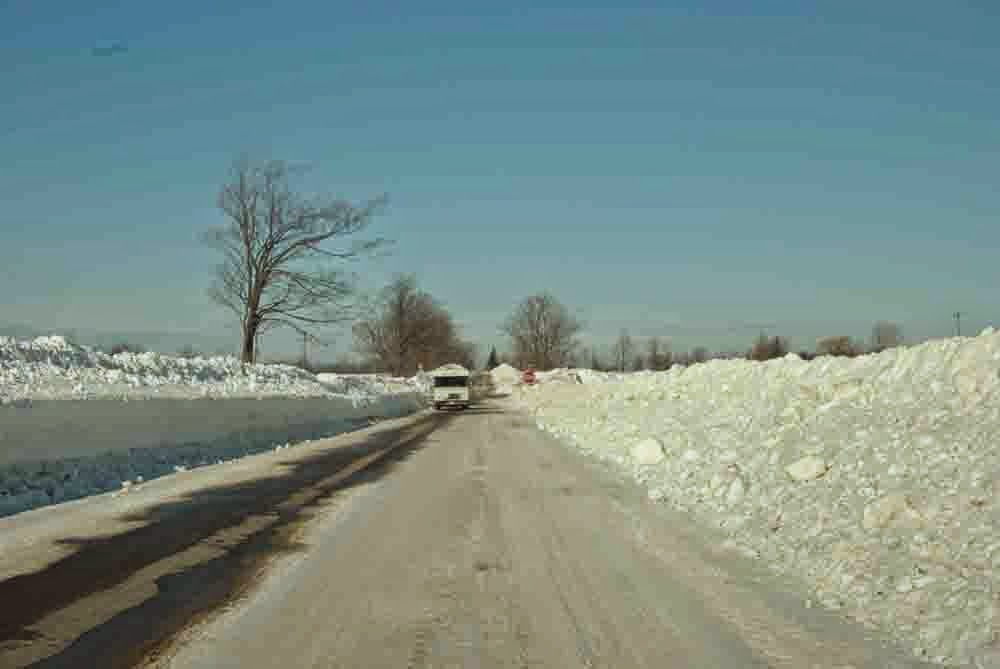 This is the same roadside pictured above, from last February.  The snowbanks got about 5 feet deeper at their highest point. 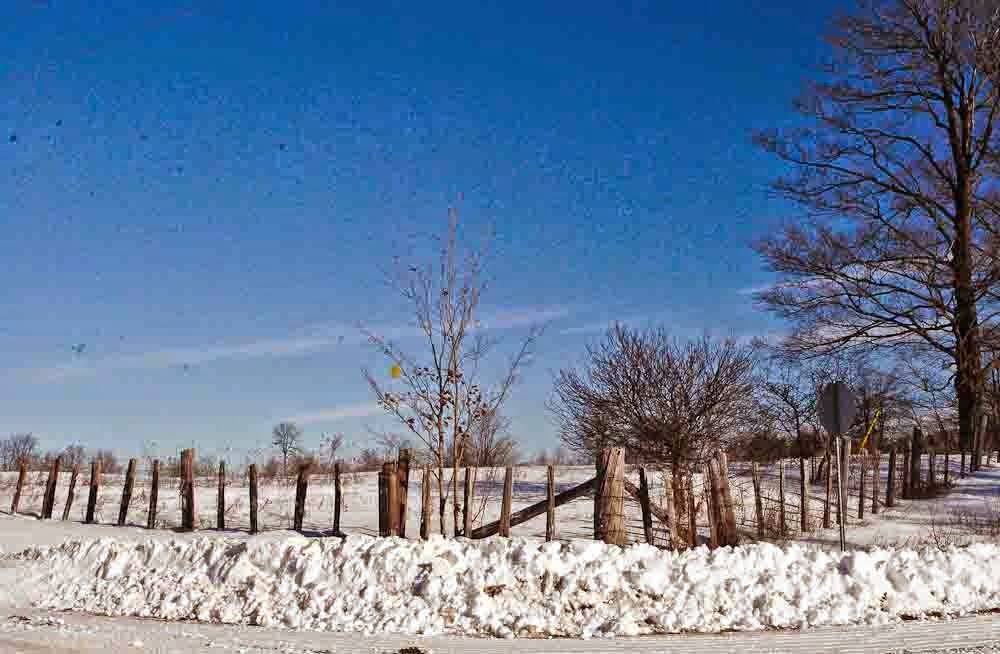 So farmers stick extra short posts in between the 'real' posts, often simply sitting on the ground, and staple the wires to each of these intervening posts.  This is enough to keep these fences from collapsing after being buried in winter snow and ice as the intervening shorter posts keep the wires from sagging.  Interesting local adaptation to our sometimes crazy snowbelt winters!  So these fences are about accumulating snow, but not exactly snowfences. 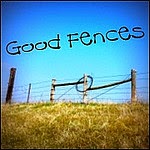