Wildlife Party in the Back Yard!

For ten days before Christmas (before the warmer air arrived and left us with a green Christmas!), we had about 2" of snow on the ground.  With no fresh snow, the wildlife tracks just accumulated until it looked like the deer and the mice in particular were having a party! 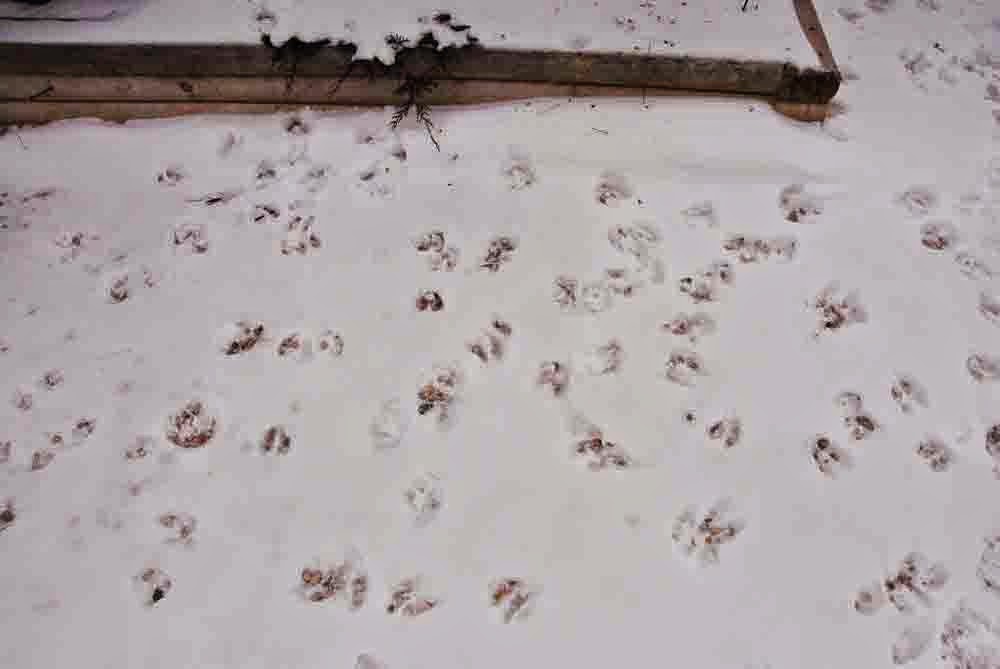 Here was a group of deer right on our driveway.  Most of these appear to be the smaller prints of does or yearlings. 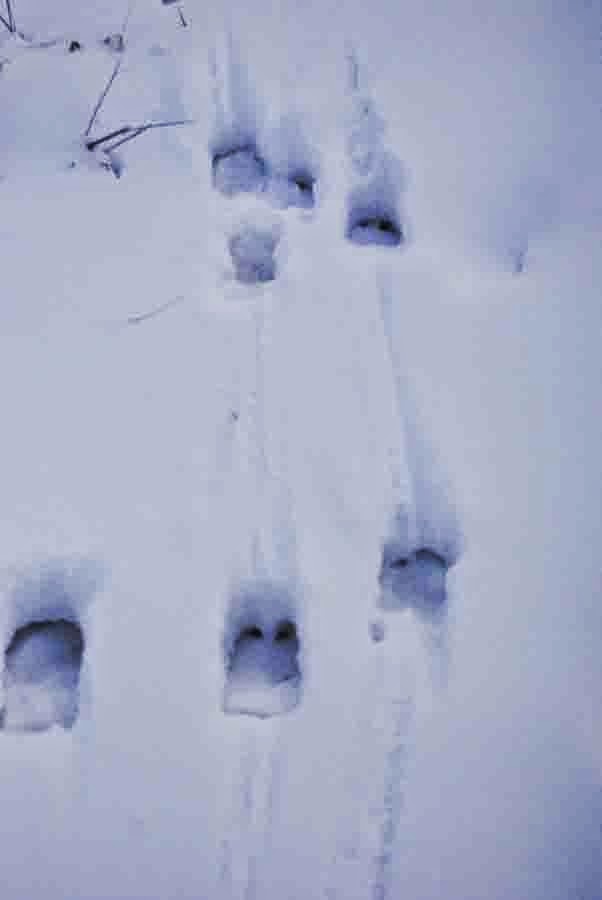 The deers' two hoofs are easily recognized, and the White-tailed Deer we have here also commonly drag their toes through the snow leaving tracks between their footprints. 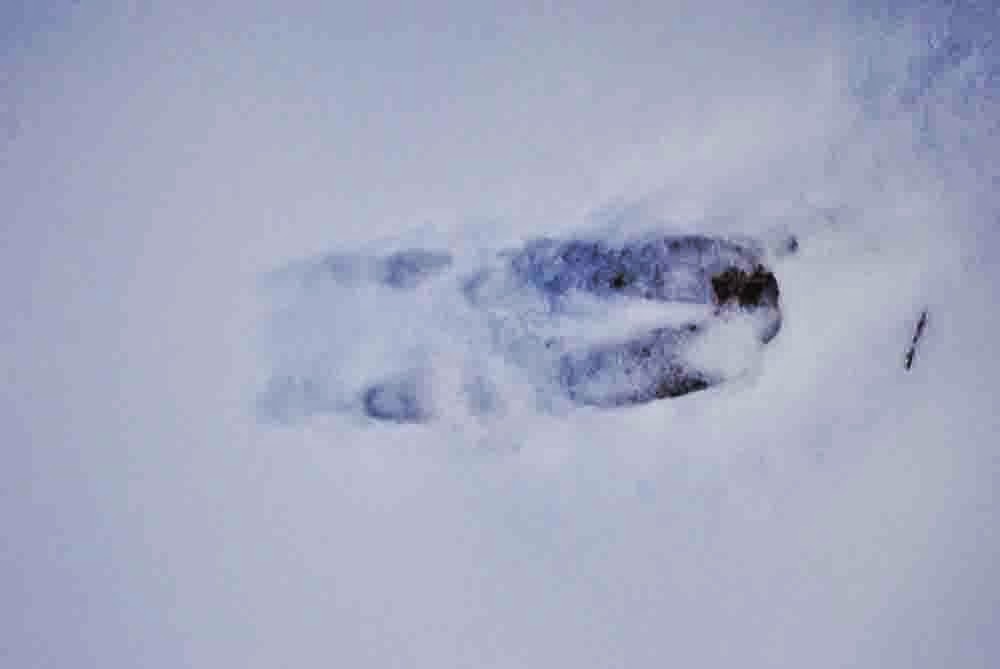 Here's the large buck, a print fully 6" long, clearly showing the dew claws at the back of the footprint. 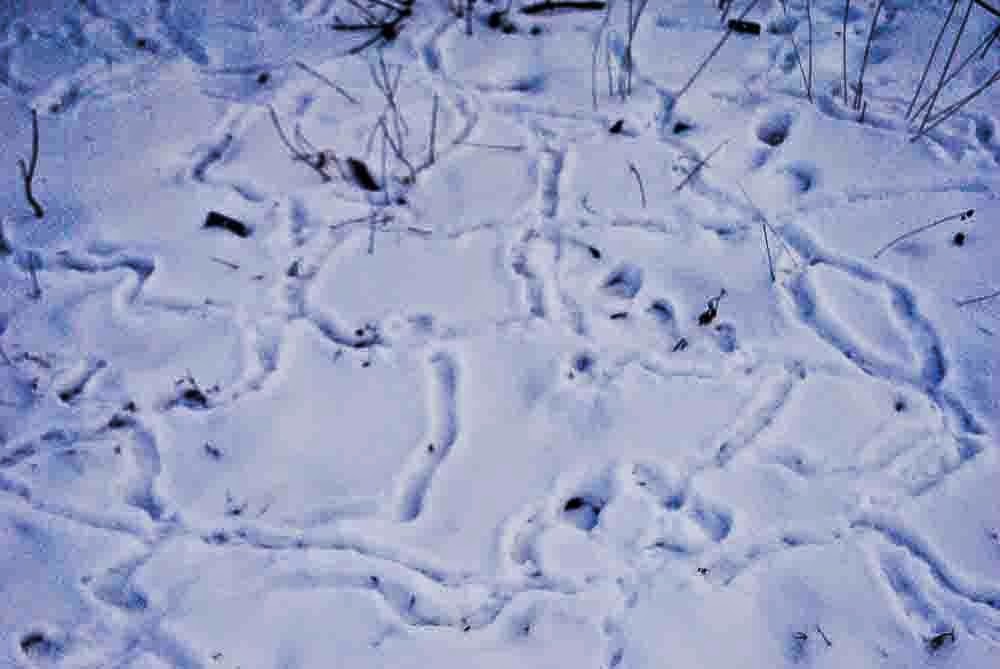 Here the Meadow Voles were obviously having a party too, this patch of tracks right in the garden. 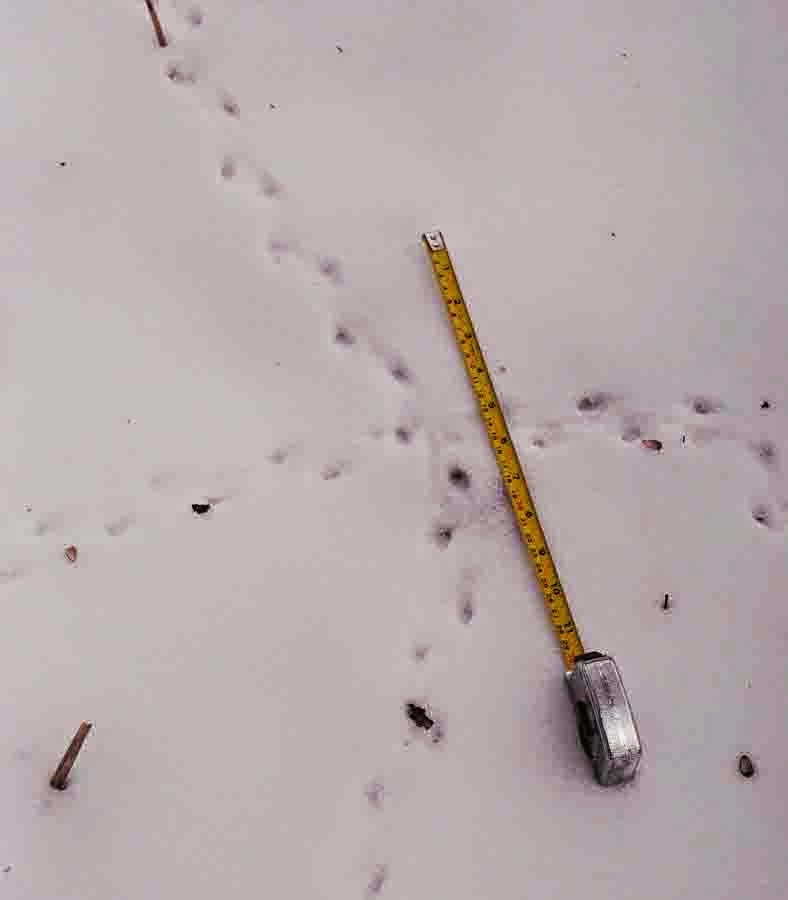 Trying to get comparable pictures, I took out a tape measure and fixed it at 12" as a guide to size.  These tiny alternating tracks are probably also a Meadow Vole, as are the ones above. 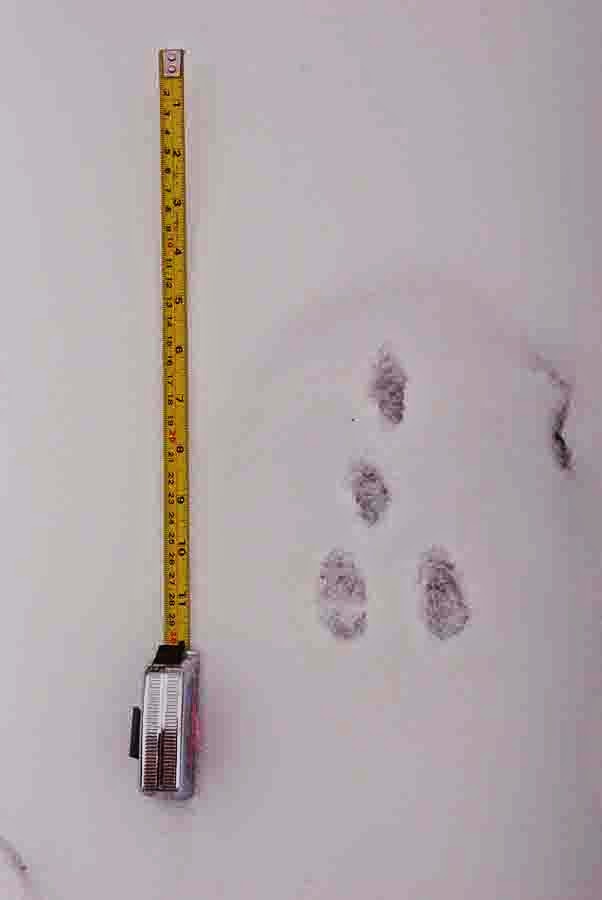 We have plenty of Cottontail Rabbits around, probably the same ones that eat half the veggies in the garden! This track is coming toward us, with the two larger hind feet in front, altogether about 6" long. 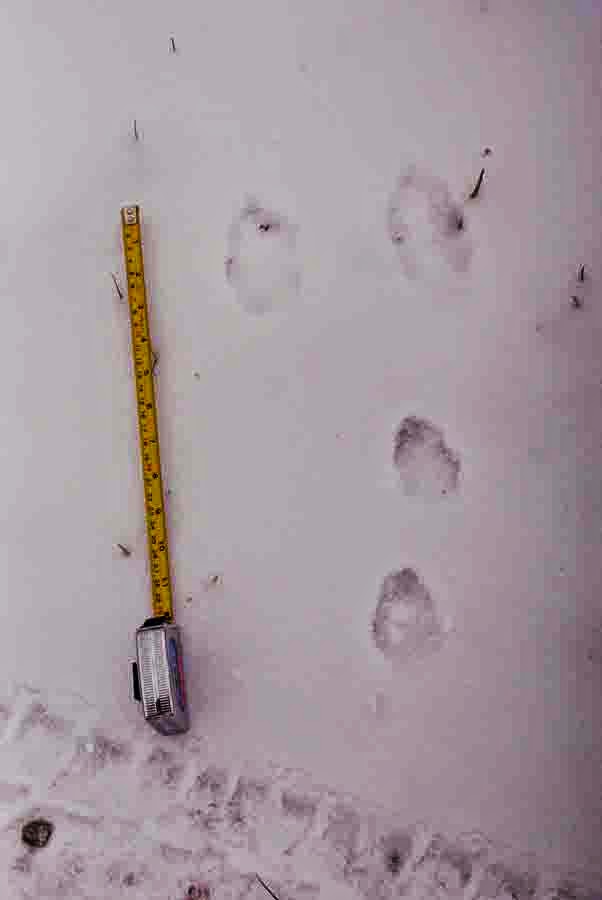 In comparison, this is a Snowshoe Hare that crossed the yard, a similar track though going the opposite direction, and in total over 12" long. 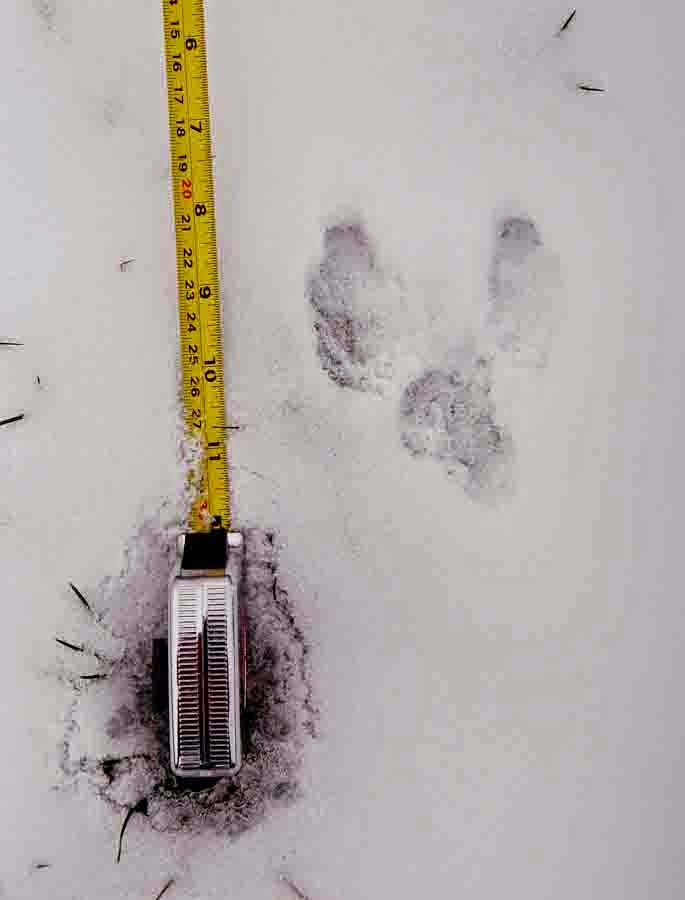 In comparison the tiny Red Squirrel leaves a track only about 3" for all four feet, though in the same fashion as rabbits, its larger hind feet come first - heading away from us. 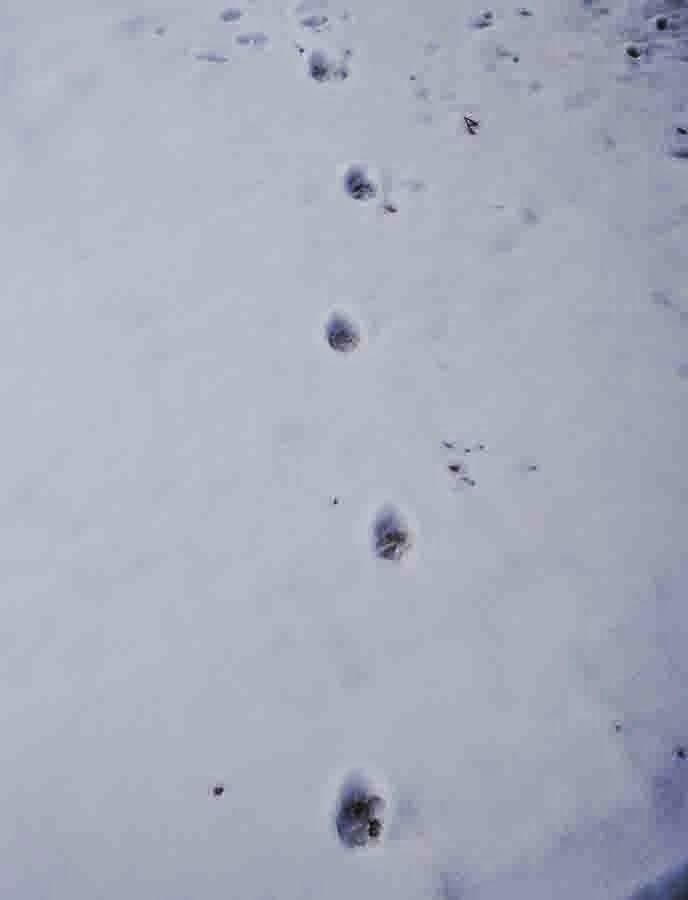 Finally, I suspect this set of single paw prints in not-quite-a-straight-line, is a fox, crossing the driveway and heading around behind the house.  We have on occasion seen one in the summer.  Altogether, quite a nocturnal party going on in our back yard!

Winter has returned here, and we'll have a white New Year's Eve at least, though the snow's not deep.  Far nicer for exploring the woods or walking the dog though than rain, mud and a few degrees above freezing!