Sunny Day in the Valley!

For the first time in three weeks, we had a sunny blue sky sort of day in the valley, and the views were spectacular.  I got permission for a short drive, and headed down into the valley to one of my favourite views, and then stopped at the top of the two ski hills.  Here are the results. 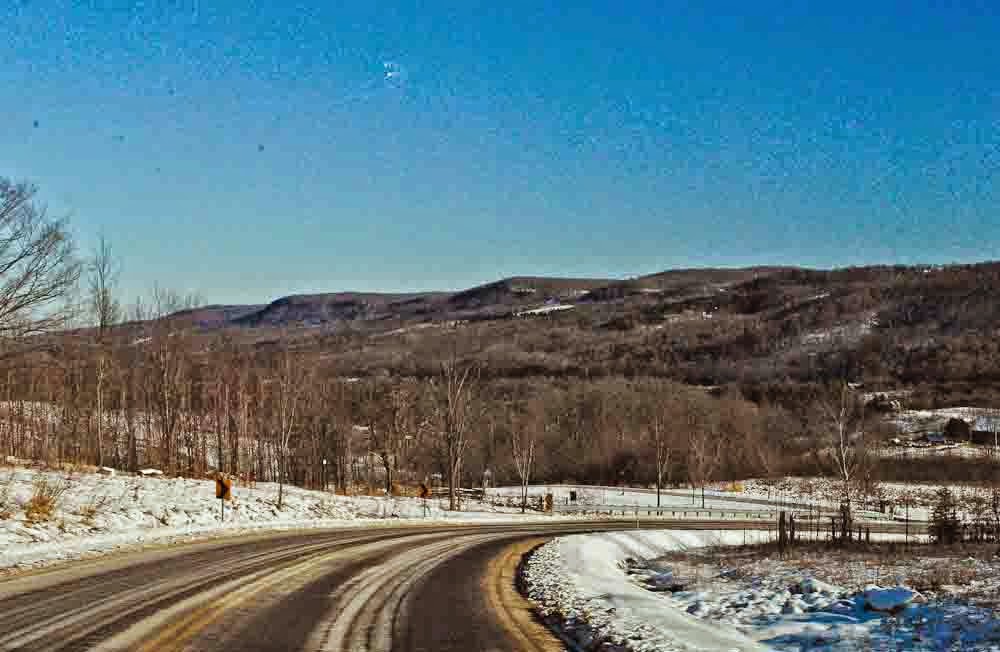 Traffic was so light I could stop on the way down Bowles Hill (named after the Bowles family, whose farm was the land on the left) to get a picture as you enter the valley.  I always think this line of escarpment bluffs is pretty spectacular for southern Ontario. 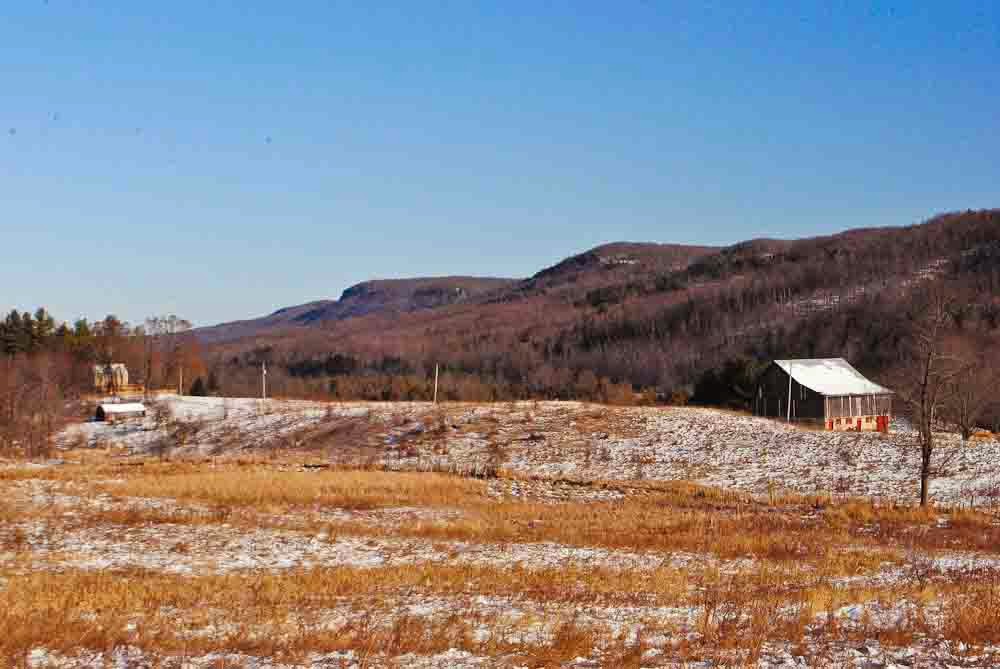 And this is one of my favourite views - with that interesting barn on the right.  I love all the red doors and window shutters on it. 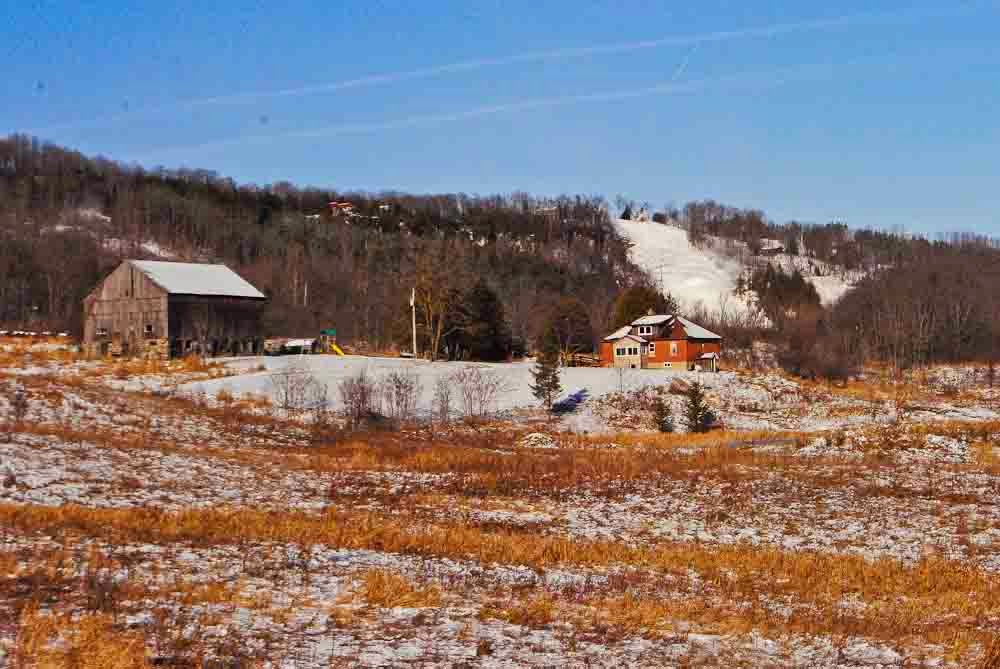 Looking back up to the left you can also see the old Bowles family homestead and barn, and beyond it the Avalanche ski slope, where they're making snow to be ready for ski season opening shortly. 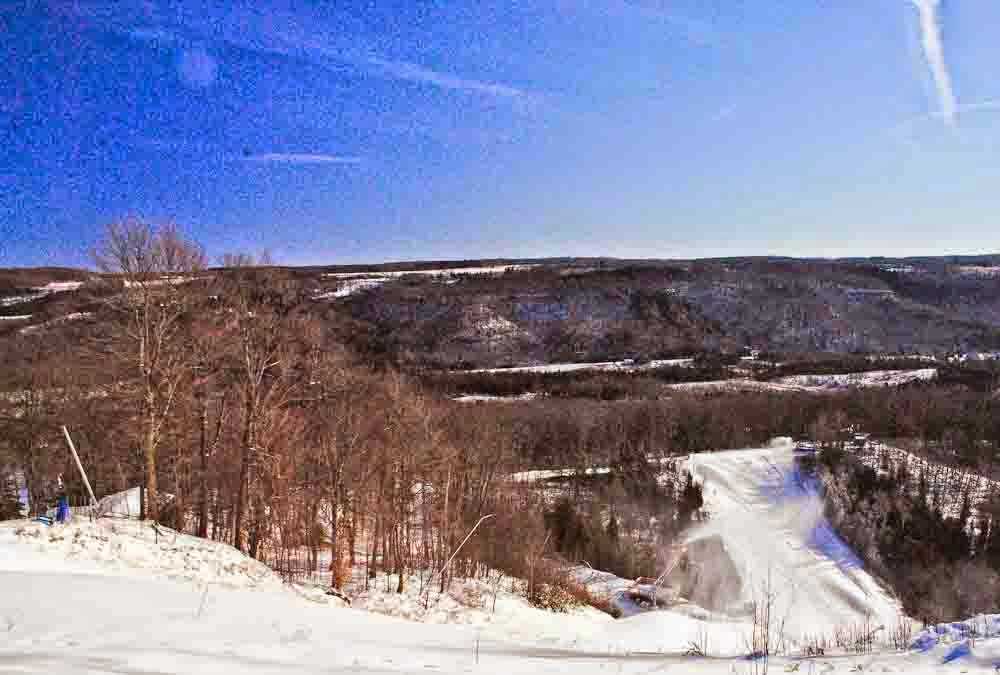 Next I stopped at the top of that ski slope, reputedly the steepest in Ontario, for a view to the southeast. I've never even thought about trying to ski down this run!  But I do like the view.  The Bruce Trail goes right along the crest of the escarpment on the east side of the valley, and I'm nearly standing on it here on the west side.  This is the closest of these viewpoints to where we live. 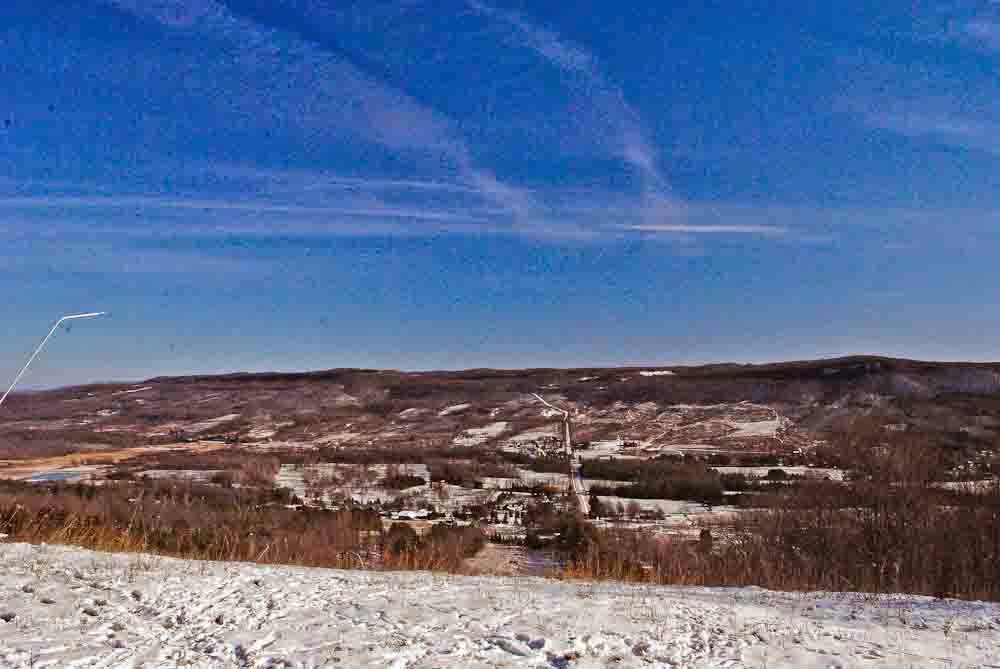 Then I drove two miles north to the now defunct Talisman Ski Resort (currently being refurbished as a hotel and spa).  At this point, the valley has widened out a little, and the bluffs on the east side are less obvious.  I like the view of the road which goes all the way down, across and up the other side - one of the steepest roads in the valley too!  A lot of people avoid driving it at all costs. 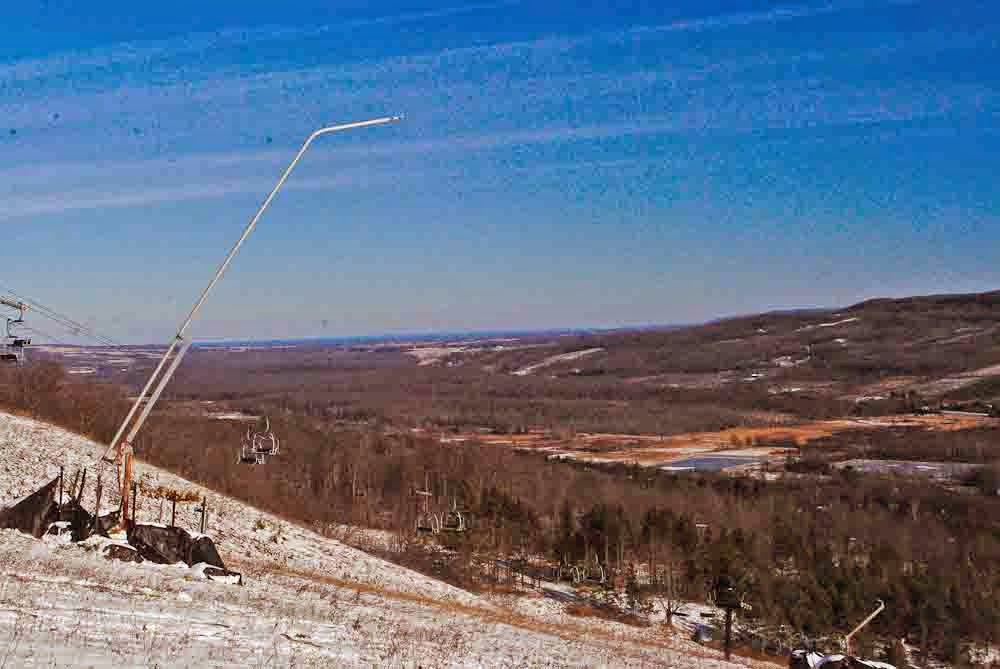 Finally, looking north, bracketed by a now unused snow gun, with an abandoned ski lift in the background, you can see all the way to Georgian Bay, a thin but deep line of blue on the horizon.  At that point the valley has widened out considerably, and the slopes around it are considerably gentler.

Saw my heart surgeon today, 5 weeks to the day after surgery, and it's all systems go!  I'm free!