Just like the fields and fencerows of yesterday, barns are a big part of the rural landscape around here.  Too many for my liking are disappearing, others are being restored (often by non-farm residents), but many others are still in use, most commonly for small-scale beef operations.  Here's a few from yesterday's drive. 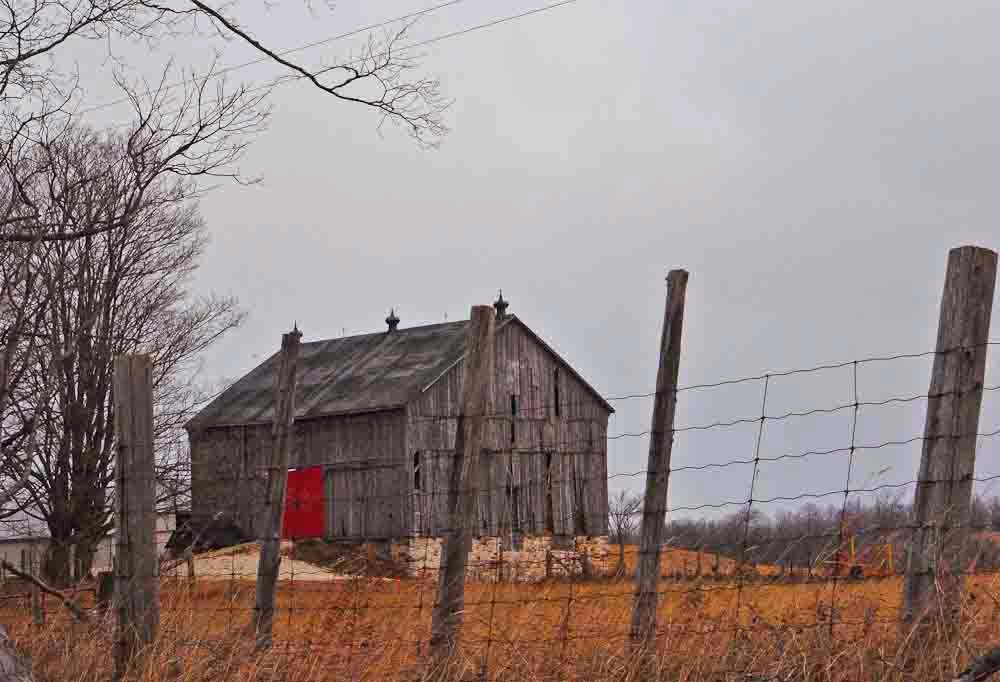 This seems to be the typical style of old barn around here, and most are about the same size.  But as soon as I see a few boards missing, I start worrying that maybe this barn is just sitting empty and its days are numbered.  But I like the red door, and take that as an encouraging sign! 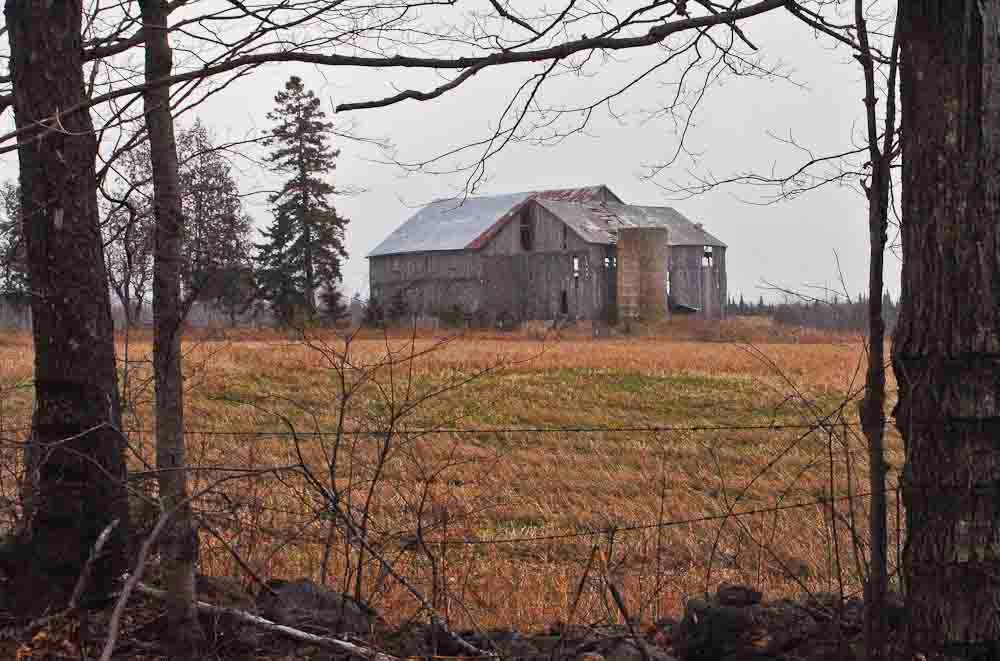 Another larger barn, basically two barns similar to the above, built as a 'T', but this one does look like it's in need of some care - you can see right through it.  I fear that some of these will end up being 'before' pictures in 2 or 3 years, for barns that are gone. 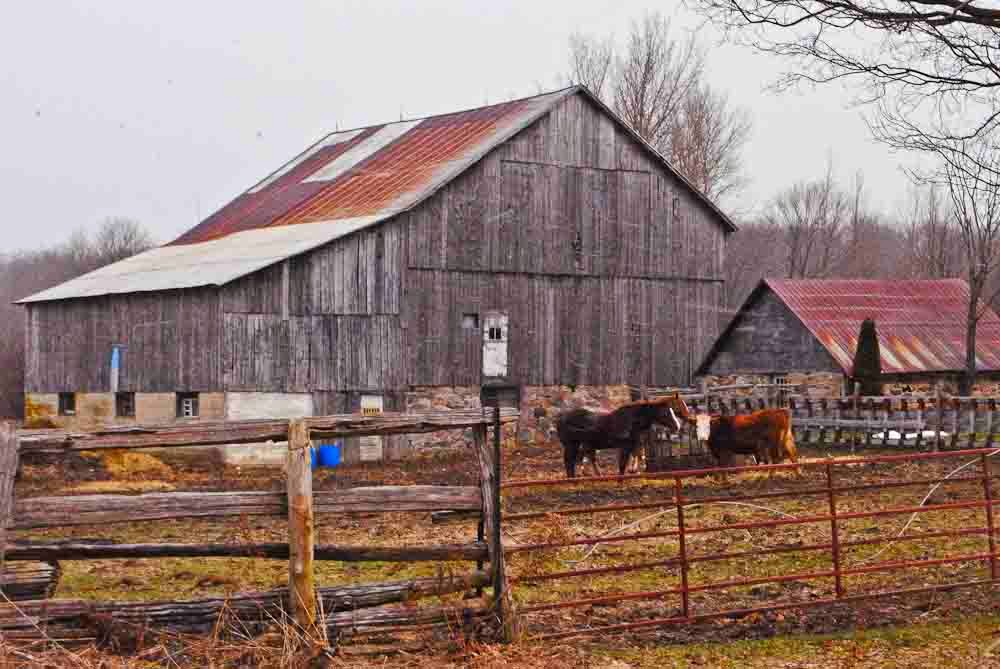 On the other hand, this barn is still in use, and being kept up - two nice horses and a cow looked at me from the feeding bale.  It's the same style barn again, but with a lean-to extension on one side. 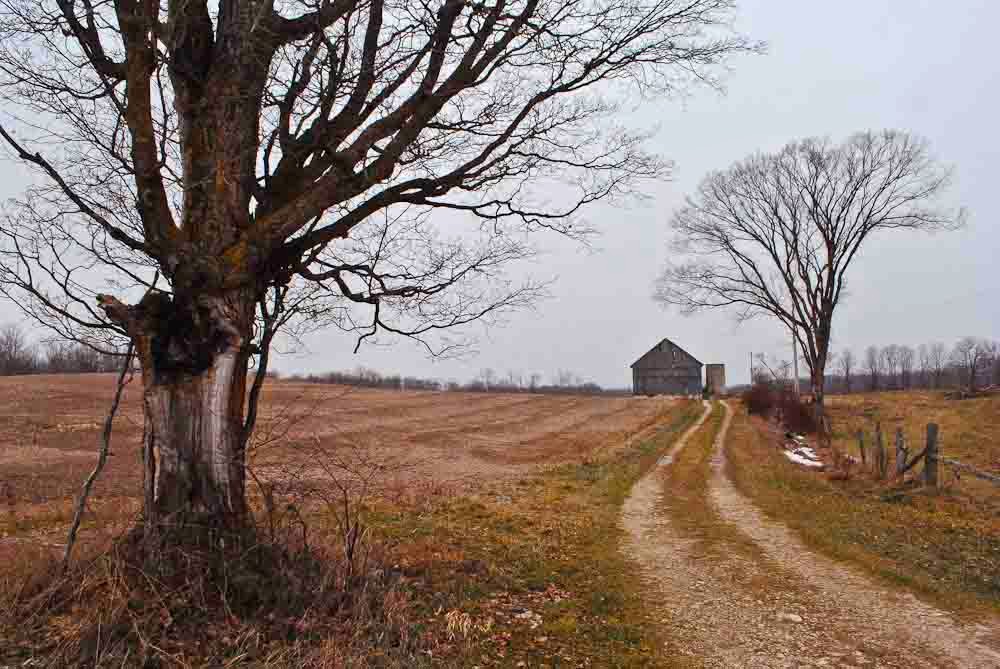 This one looked a little lonely, down it's long lane, with no evidence of a house remaining; there are numerous farms like this, often without the barn either! 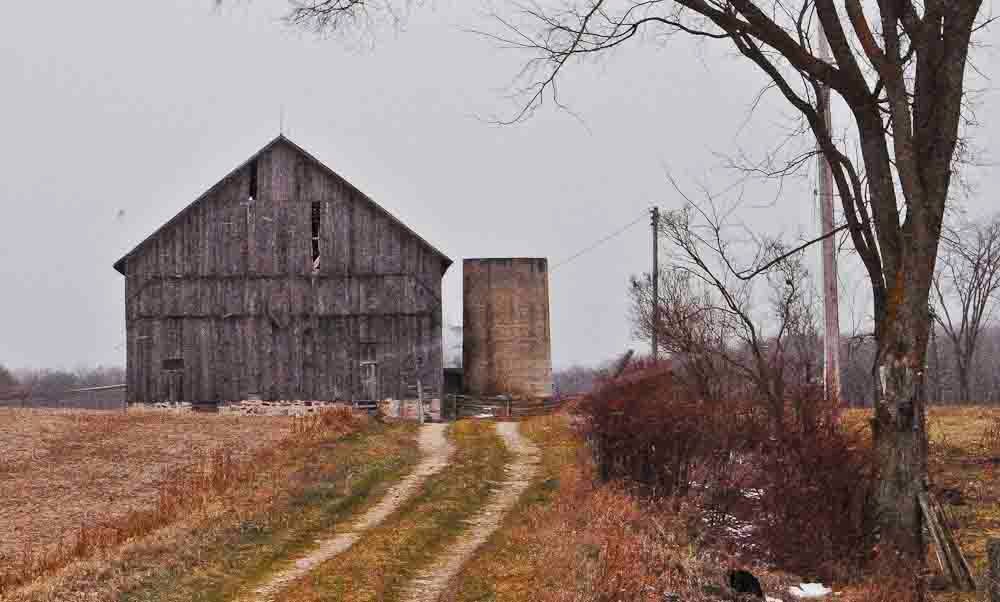 As you can see, it's the same style barn again. 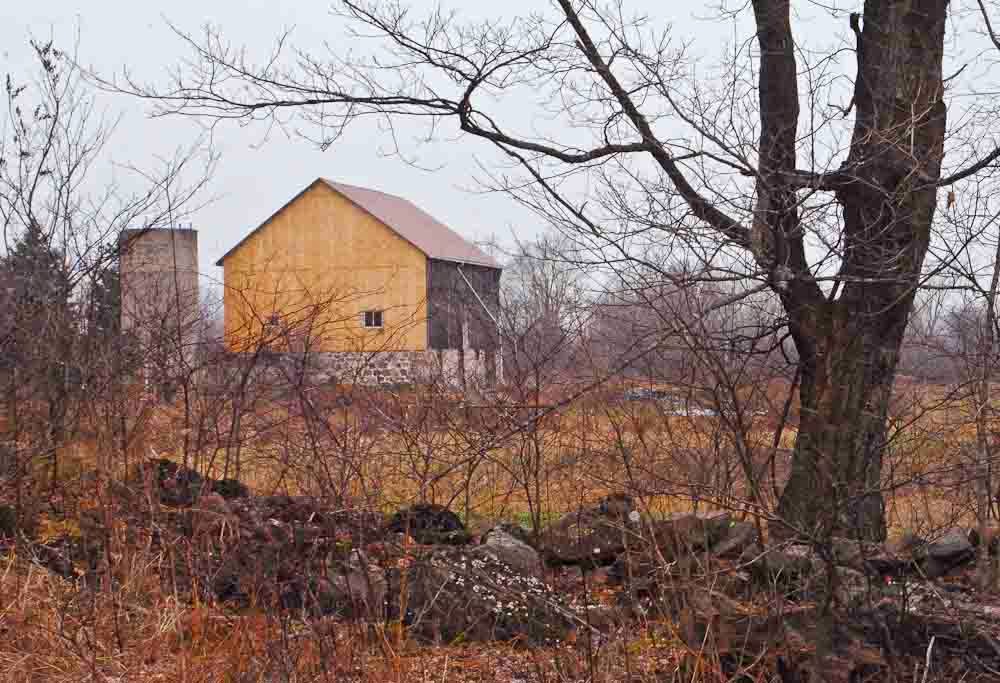 This is a more encouraging barn, having had some major repair work done, even though I suspect it's not being used for farming - that window suggests non-farm use.  But with a little maintenance every so often, these barns last a long time - most of them are 100 - 150 years old already! 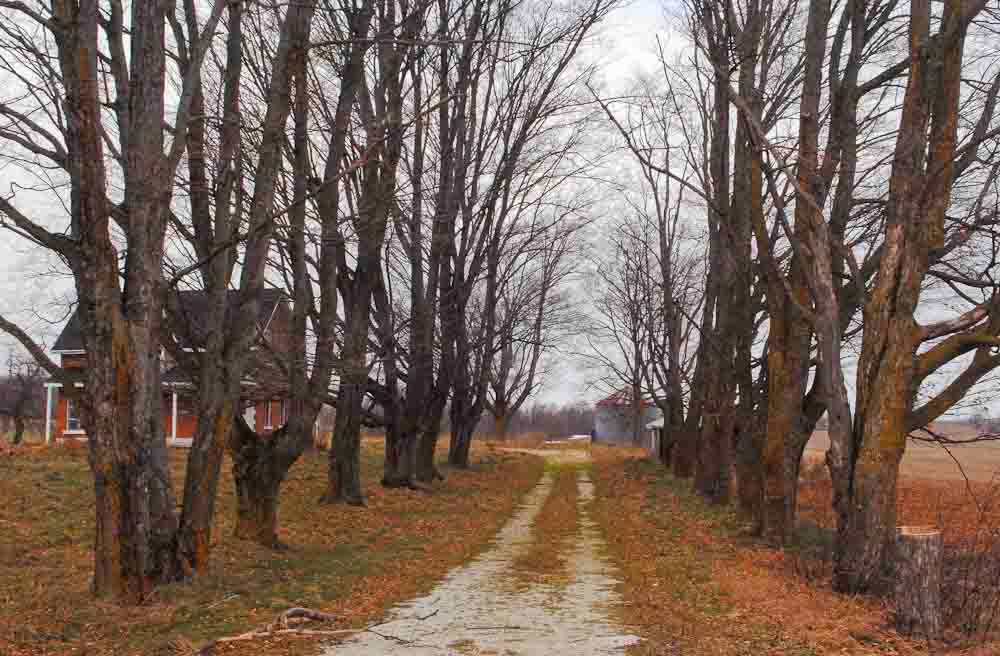 This is a different story - a missing barn.  Three years ago, there was another similar barn sitting at the end of this lane.  The farm sold, the barn was bulldozed, and all the fencerows bulldozed too, so it's now one giant field except for this house sitting in a corner - and the house has been vacant for 3 years. 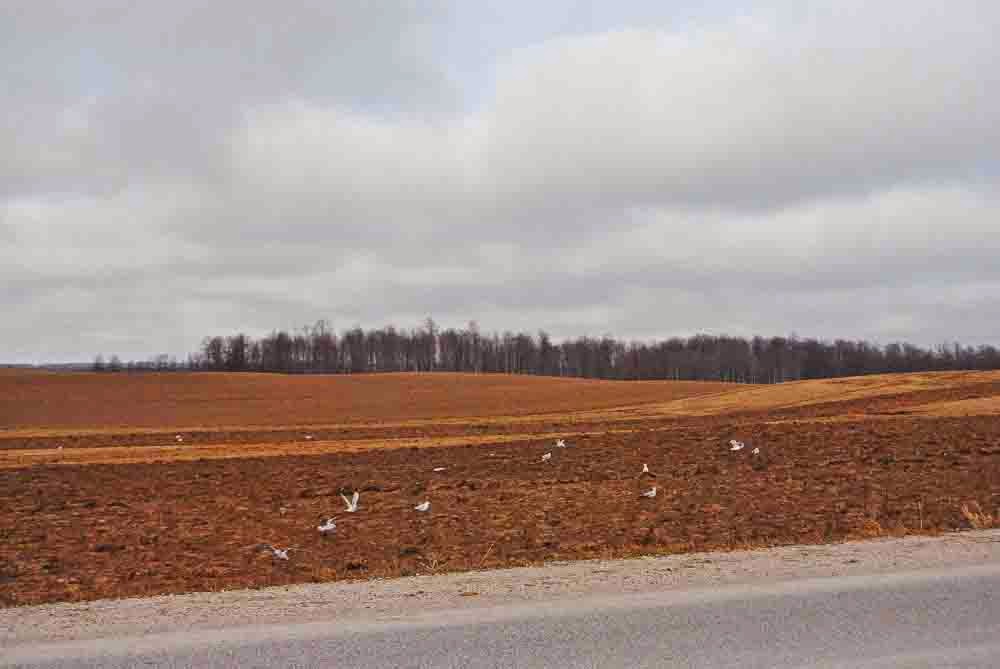 And just for interest, since John commented on it in yesterday's comments, here's that freshly manured hayfield, today being ploughed to work the manure into the ground.  I suspect that this field will be cash crops next year rather than hay.


Linking to:
The Barn Collective
and