We decided that it was time for a break from the boxes, the garden and plans for the move.   And our camper van needed the exercise; it's been neglected.  So we headed out for the day, aiming eventually at Keppel Croft Gardens up near Wiarton.  Even then we couldn't get away from the down-sizing; we dropped off four boxes of books on the way.  I'm getting really ruthless! 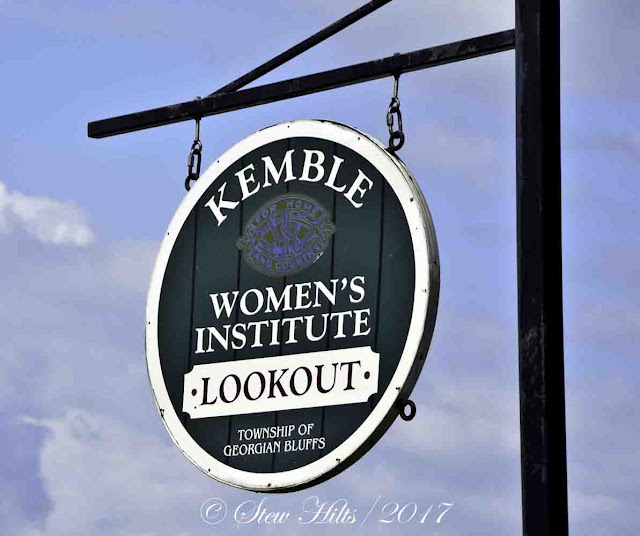 Mrs. F.G. had made one of her great picnic lunches, and we stopped at the Kemble Women's Institute Lookout to enjoy it.  And the view is spectacular. 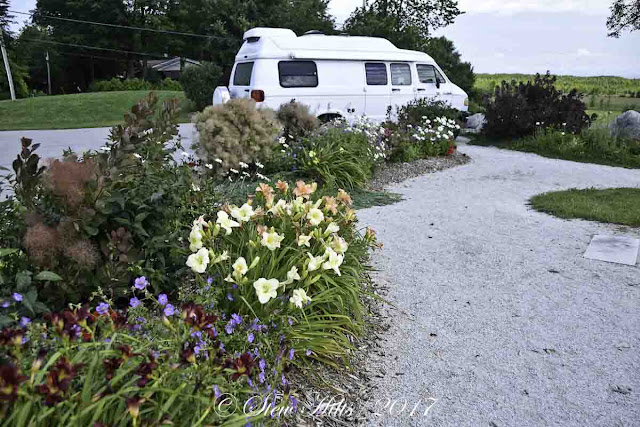 This is just a simple rural township park, but someone is taking care of it really well.  The gardens are well designed, and weedless; the grass and gravel were kept clean.  You get the impression that a local group is very proud of this spot.  The van was pleased to be out for a run! 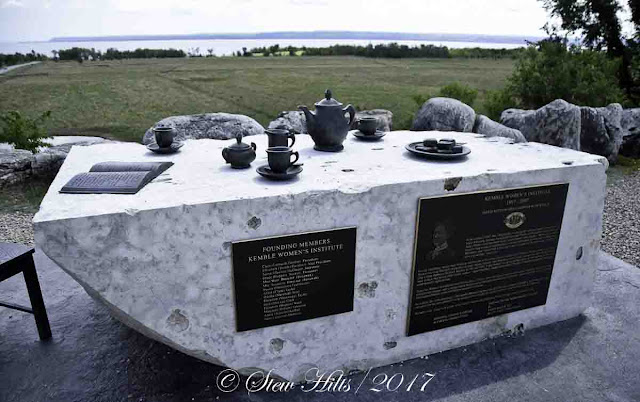 I've shared this before, but I've always thought it's such an appropriate monument - a table set for tea, so typical of the Women's Institute.  It's made out of a huge thick slab of Amabel dolostone, cut clean on this side and the top. 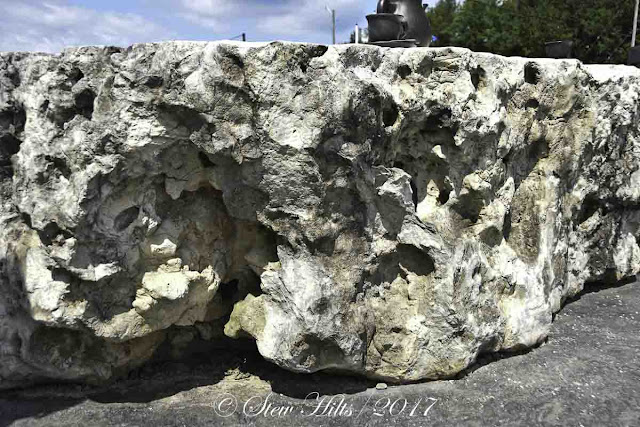 But the other side is the natural face of a rock that was obviously exposed to lots of weather over a few million years.  It's a great chunk of rock for a geologist! 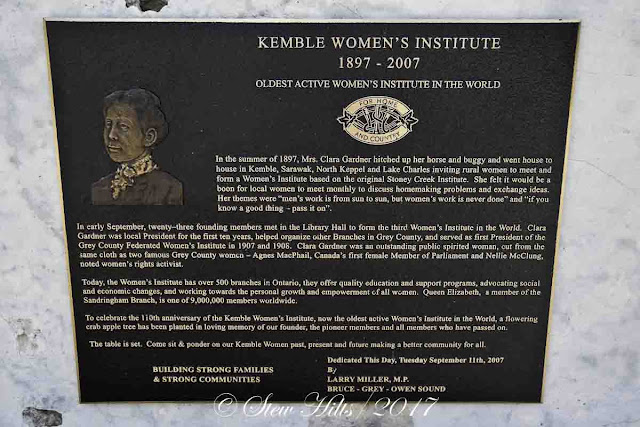 But that's not what this is about.  The Women's Institute is an organization that promotes, in their words, 'strong families and strong communities'.  It was started here in Ontario, as a parallel to the already existing Farmer's Insititutes.  The Kemble WI was the third in the world, and is the oldest of these still active, making it the oldest active Women's Institute in the world.  There are thousands of branches and millions of members today; the Queen is a member of the Sandringham WI. 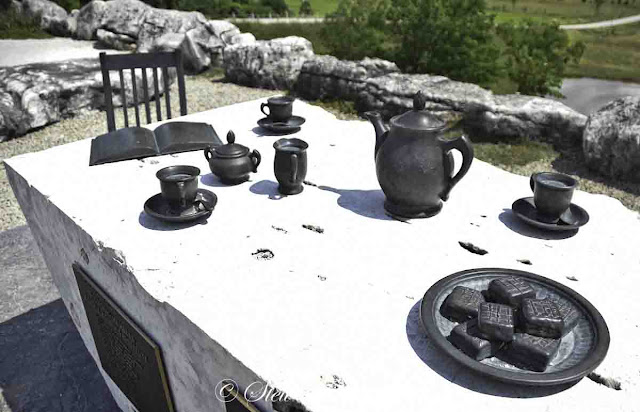 I thought the sculptor, Marnie Cheyne, who worked with the local WI women to design the monument, did a great job.  I'm sure many women could relate to a tea service, complete with biscuits, as a reminder of the WI meetings and discussions.  This organization makes a huge difference to the lives of rural women, who otherwise can be living somewhat isolated lives. 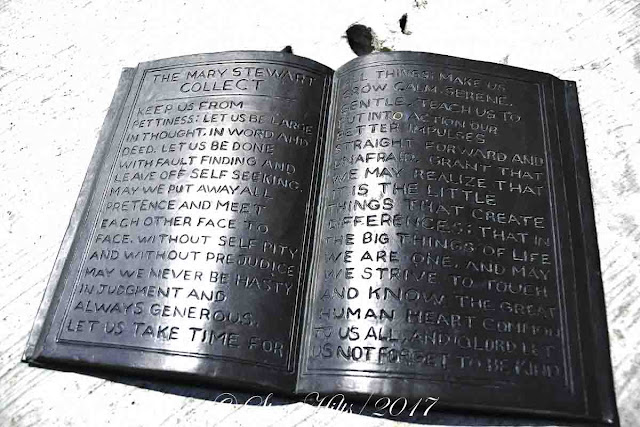 The open book is printed with the "Mary Stewart Collect", a beautiful and appropriate prayer that is the Women's Institute's creed.  It was written by Mary Stewart, a teacher in Colorado, in 1904.  Take a moment to read it, or look it up here.  The monument sits on a small parcel of land that was the site of a former church.

The view, looking almost straight east, looks out over Owen Sound (the body of water, not the city which is some distance to the right).  This is the southwest corner of Georgian Bay.

I find the shelving bedrock of the Niagara Escarpment fascinating.  Each represents a different geological formation.  In this view I think the far right bluff is Coffin Hill, part of the Amabel dolostone formation, which the bluff at the far left is another outcropping of the claybanks, formed by the Georgian Bay shale formation.  Someday I will go and find both of those bluffs!