I've been meaning to write about the changing seasons; signs of the change have been accumulating for a week or two.  I'm not quite ready to use that four-letter word 'fall', but it's certainly late summer.  Here are a few things that strike me about the change that's started. 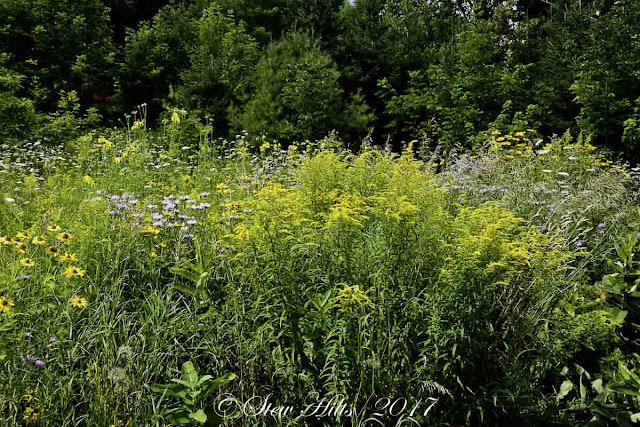 The big sign of late summer here at home for me has always been the Goldenrod that takes over the meadow.  Everything looks yellow. 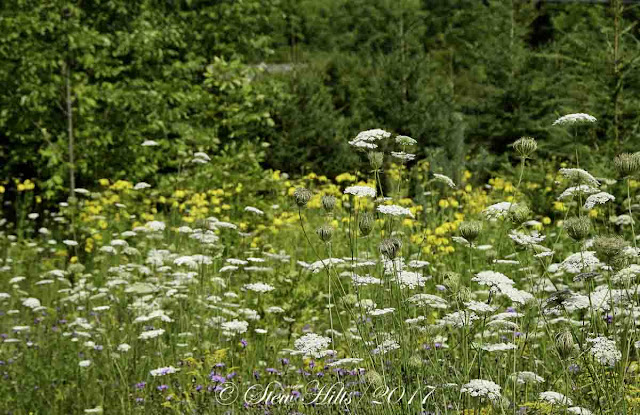 This year it's actually a little different.  Queen Anne's Lace has taken over for the Goldenrod, whether that's just this year's weather, or the gradual succession of plants in the meadow.  Those yellow flowers in the back are Grey-headed Coneflowers. 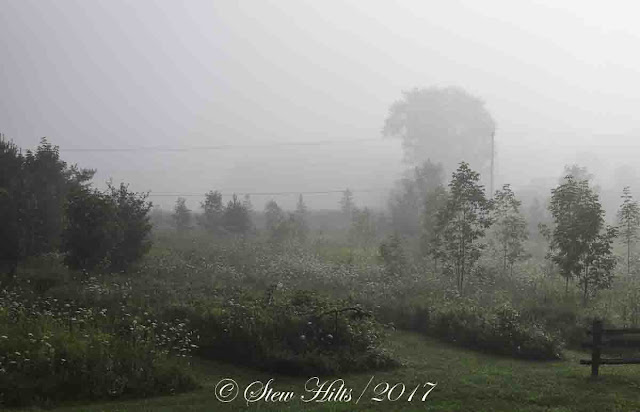 Some mornings we have a little mist or fog, though it quickly dissipates in the morning sun. 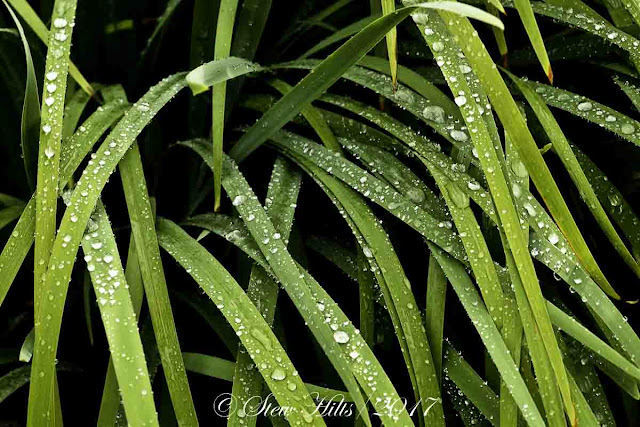 And for weeks now we've usually had heavy due in the morning, after cooler nights.  (In fact this year I don't think we've had even one really hot night)! 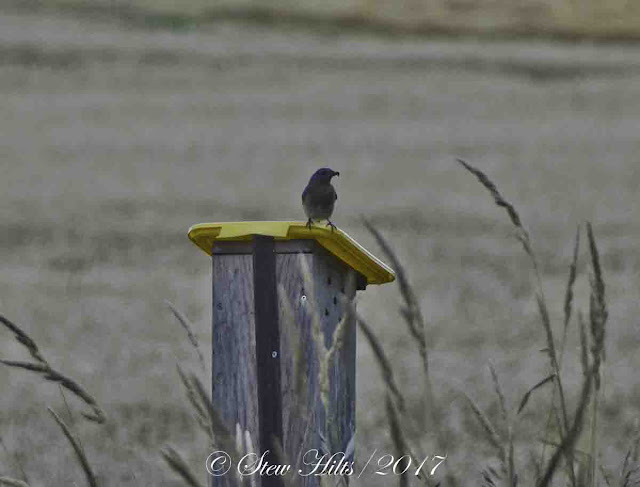 Most of the migrating birds are gone now, and remaining birds are much more quiet.  I caught this Bluebird feeding young last week though, a very late brood.  Most of the birds we see now are those that will stay all winter, the Goldfinch, Chickadees, and Blue Jays. 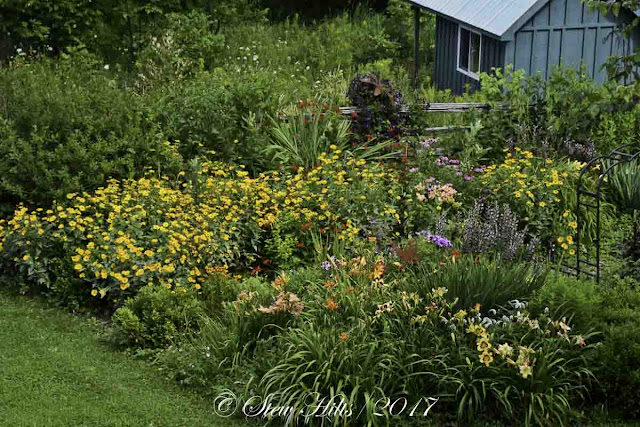 In the garden, the spreading False Sunflowers take over from the Day Lilies and turn the back of the garden yellow. 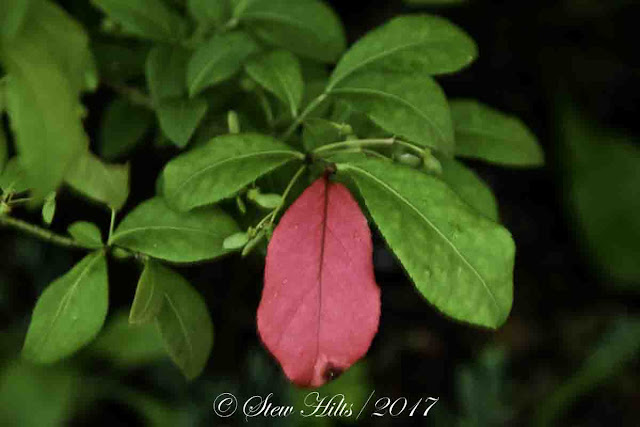 A single leaf on the Burning Bush by the front door has turned bright red. 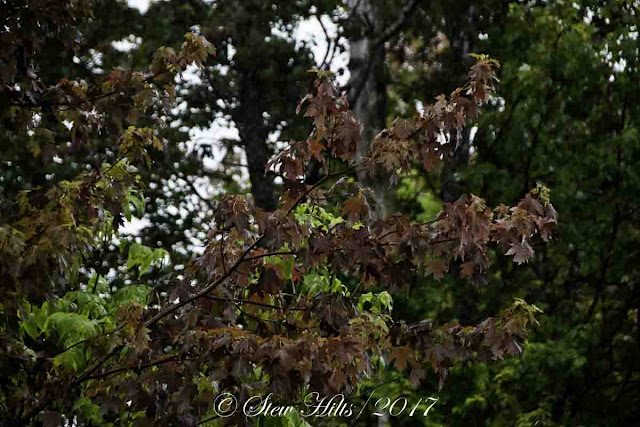 And down in the swamp the first maples are turning a dark red.  It's only been 3 months since they leafed out! 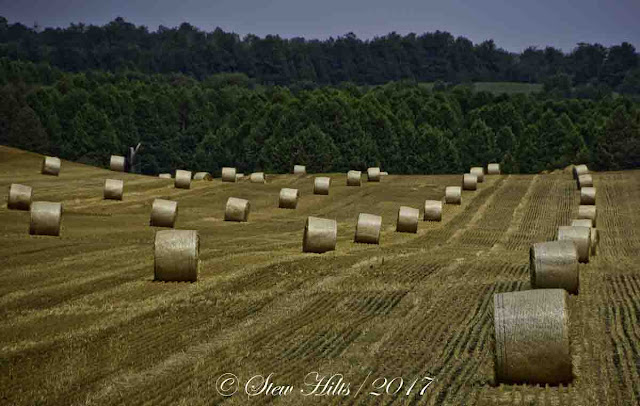 And of course there's that wheat harvest, a big mark of late summer in the farm landscape around here.  Late summer, with its cooler weather, the imminence of school restarting, and the last chance for family vacations, is well underway.  I'm not complaining - just maybe about the rainy day and drizzly evening we're having again today!