Our destination for the jaunt on Sunday was Keppel Croft Garden, in Big Bay (see yesterday's map).  It's a private garden, but is listed among the Rural Gardens of Grey and Bruce Counties, and is open to the public 5 days a week.  They ask for a donation of $3.00 which is very reasonable. 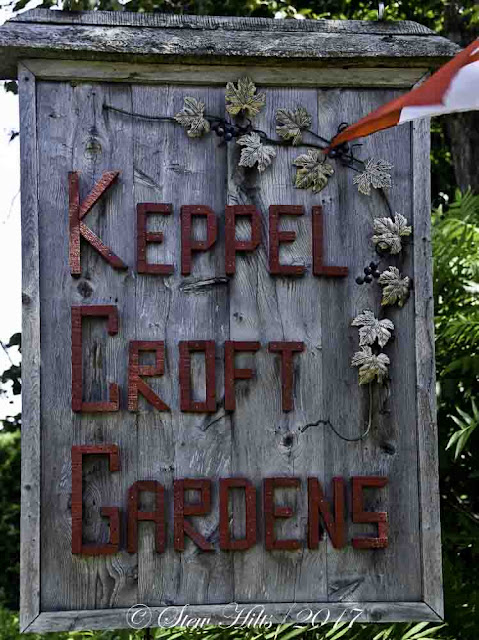 We've been here before, more than once, so it was a bit like visiting an old friend. 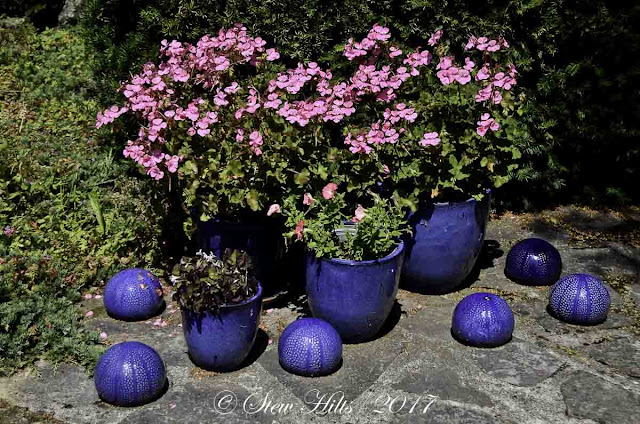 There are of course flowers, it being a garden, but they are usually presented in a more creative way than you might expect. 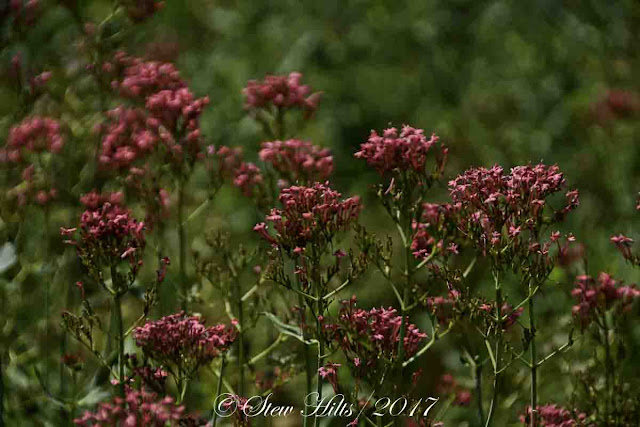 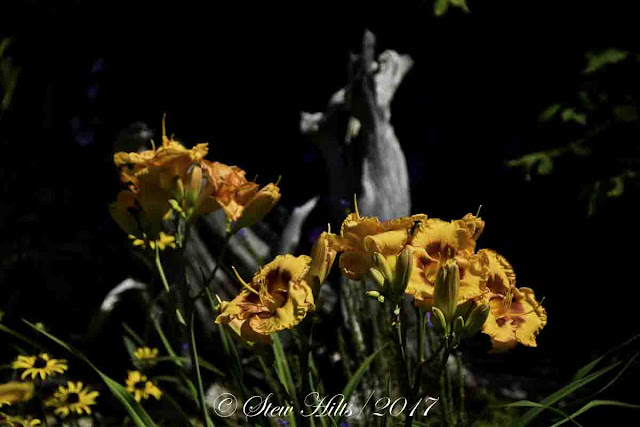 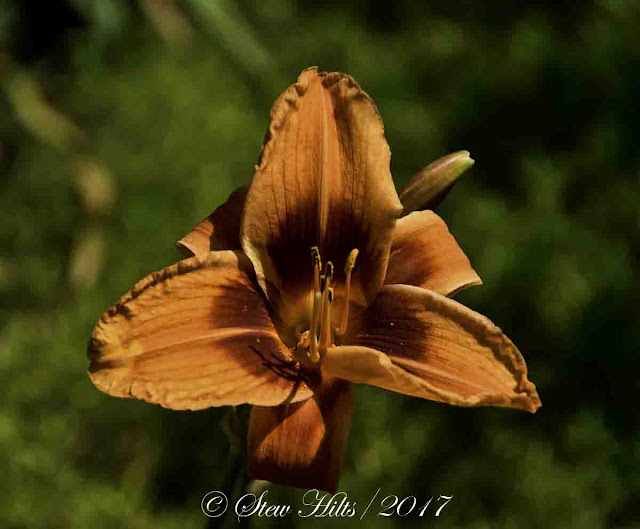 Red Valerian and a few Day Lilies add a lot of colour at this time of year. 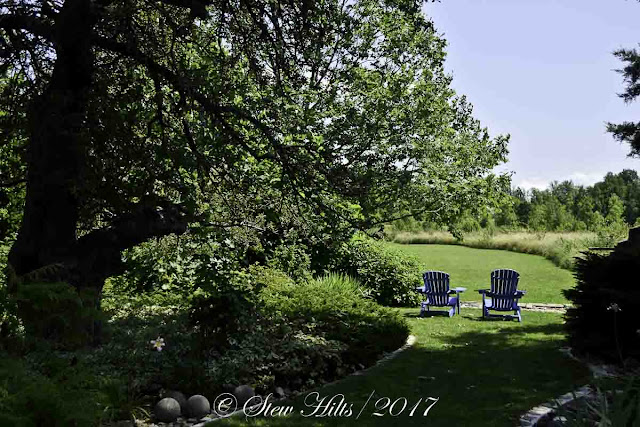 But it's the other features and settings within the garden they've created that appeal to me.  I like this setting of two comfy chairs looking out to the meadow over a 'ha-ha' wall.  Beyond those chairs is a 2 foot vertical stone wall that effectively separates the chairs from the meadow.  In England it would prevent sheep from raiding the garden! 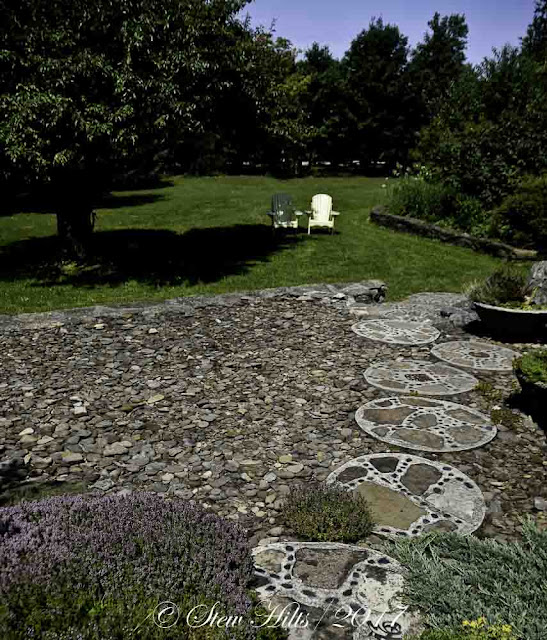 Bill Loney, who with his wife Dawn, created the garden, claims to be the "guiding spirit of the garden".  And he likes playing with cement.  So you find cement edging and stepping stones like these in various places. 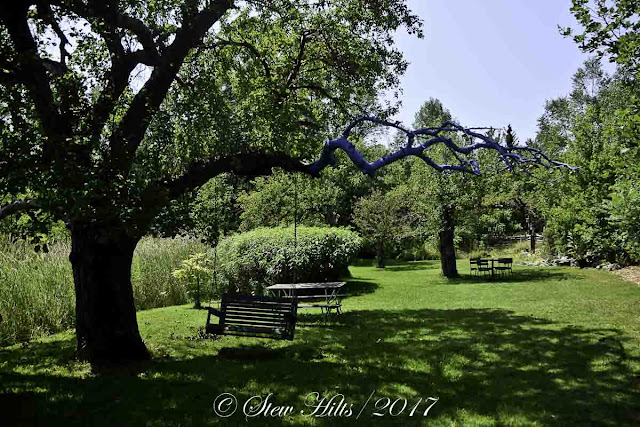 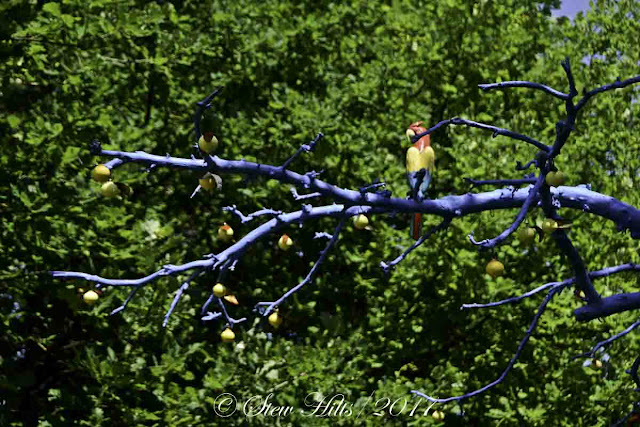 A new feature this year that appealed to me was this dead branch of an apple tree, which was retained and painted a bright blue (with a few decorations added).  Since I've dealt with old apple trees here, I thought I could use that idea.  So simple, but quite effective. 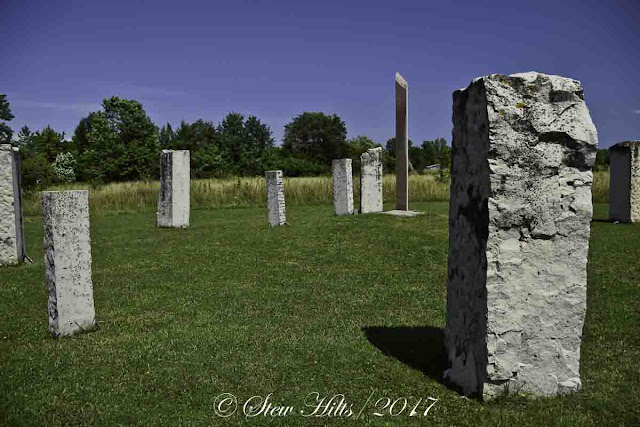 Bill, working with a neighbour, also created Keppel Henge, a stone circle modelled after those in England and Scotland.  Each stone here is aligned with the shadow from the central pillar at a particularly significant date during the year, like the solstices and equinox.  There's more to it than it seems at first glance. 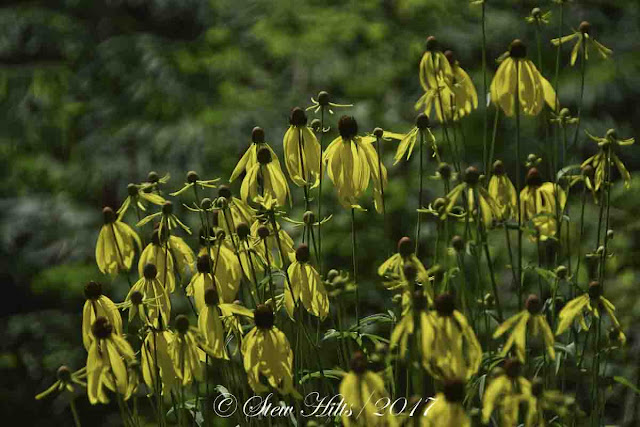 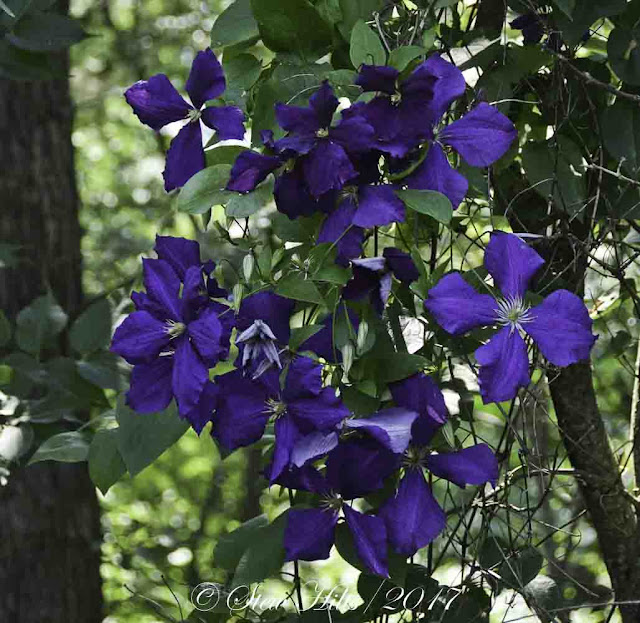 More flowers - Grey-headed Coneflowers and a very blue Clematis.  Such an interesting garden to visit, because there's so much more to it than the flowers.