After lunch at the Women's Institute tea party, we headed on north to try and find Kemble Centennial Park, a tiny small access point to the shoreline between cottages.  It is listed as an interesting geological site, and I wanted to see it. 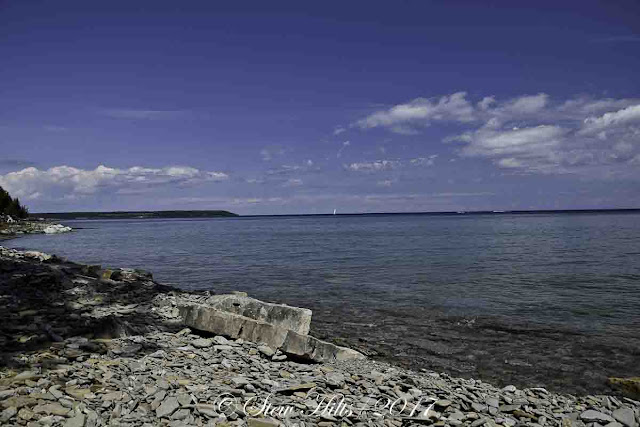 Turns out the shoreline (after we got down the short but incredibly steep access road), is beautiful in its own right.  Mrs. F.G. got out a chair, and just sat in the sun enjoying the beauty of being beside the water.  Now that we've found this, we would stop here anytime we're going by. 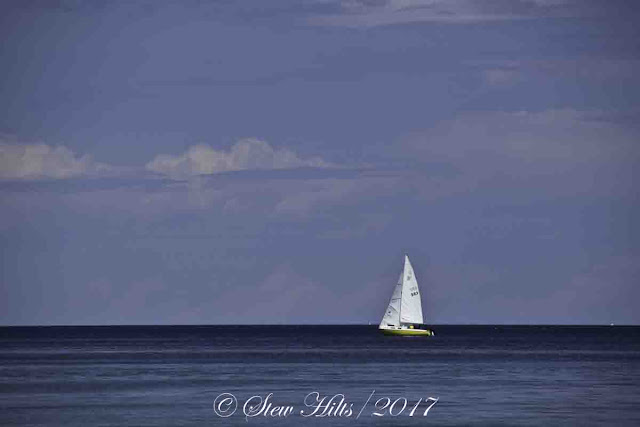 And it was surprisingly popular.  At least 8 other vehicles and two cyclists were there while we were there, from young families stopping by for a swim to older folks like us stopping for their lunch.  And that doesn't count the several boats we saw offshore.

This sailboat was having a really good run in the wind.

Others preferred their boating at a faster pace!  How many sailboats do you see?

While we were there a family of four Mergansers swam by... 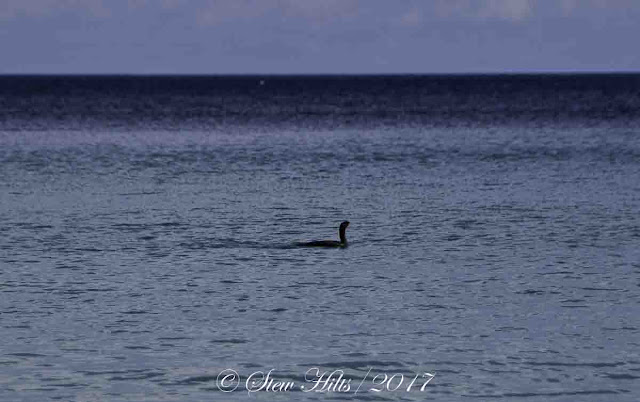 and later a single Cormorant. 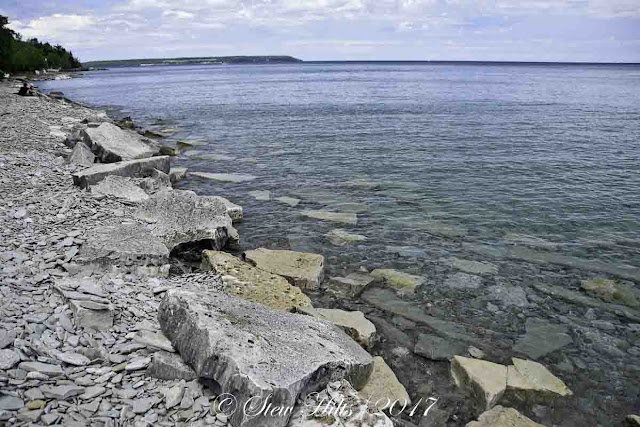 The geological feature is the Georgian Bay Formation, these big slabs of limestone along the shoreline, as well as the little broken bits that made up the beach. 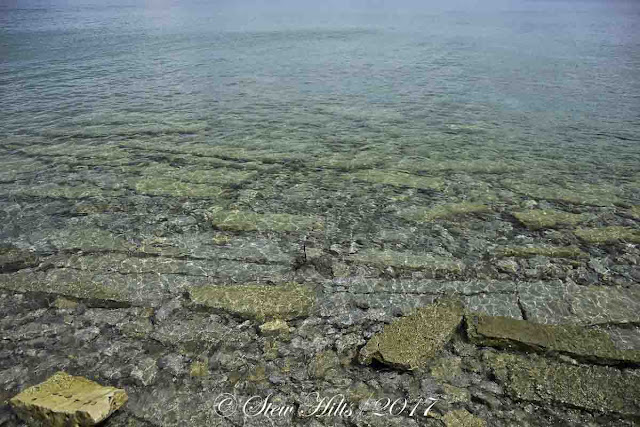 The flat slabs extended out into the water, and last year would have been high and dry.  The Georgian Bay Formation is below the reddish shale of the thick Queenston Shale Formation, and is not often exposed where you can see it easily. 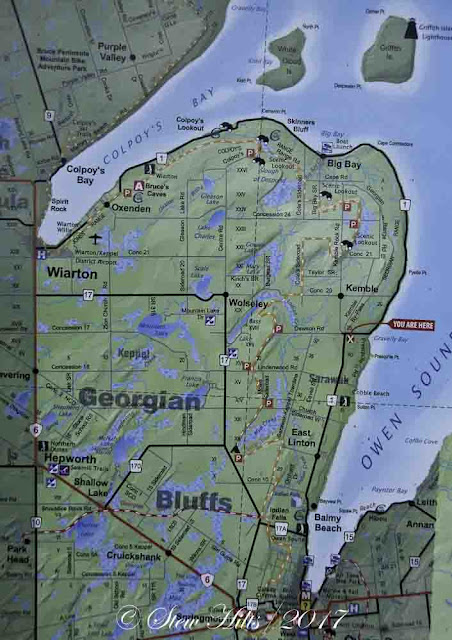 For those of you interested (Patsy), here's a map, Owen Sound at the bottom, and Wiarton on the upper left.  We followed Grey Rd. 1, which loops close to the shoreline all the way around the headland.  It's a very good road to drive.  The red "You are here" label is for the tea party monument.  Centennial Park is further north on the northeast, before you get to Big Bay.  Watch for fire number 504677 for the driveway.  Tomorrow's visit to Keppel Croft Gardens is in Big Bay, just about 200 yards before you come to the main corner.  Both the bay (the world-renowned Skipping Stone Capital of Canada), and the General Store's ice cream counter are worth a visit - but not on a holiday weekend!

Note that I've used the name Kemble Centennial Park, because this was Kemble Township when the park was established in 1967.  But Kemble has amalgamated with Derby to the south, and now they're known as Georgian Bluffs (which many locals wouldn't even recognize!).