Battle of the Birds - Hummingbirds that is!

I've just come in from half an hour in the garden, watching two Hummingbirds battle it out to complete exhaustion over our Crocosmia flowers.  It was amazing the way they went at each other, buzzing all the time like angry bees. 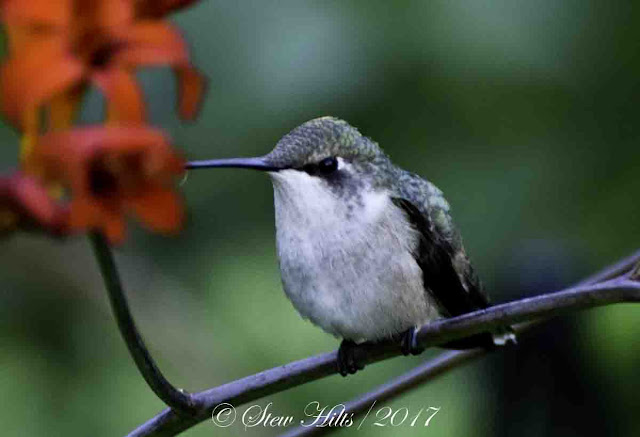 It was impossible to get pictures as the battle unfolded.  I only got this one at the end when exhaustion had apparently set in, and this one sat still for some time, quite close to me.  Before that, the two angry males (they're the ones who defend their nectar territory), buzzed back and forth like miniature maniac helicopters, up and down, forward and backward, actually bumping into each other at times.  And all the while chittering away at each other as well as the usual buzzing of their wings. 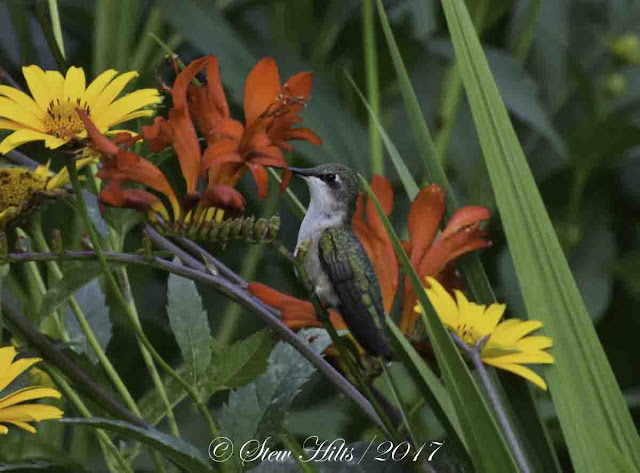 It was peaceful briefly before the battle started, when I just heard a Hummingbird buzzing between blossoms, and this one remarkably, sitting still for a few seconds. 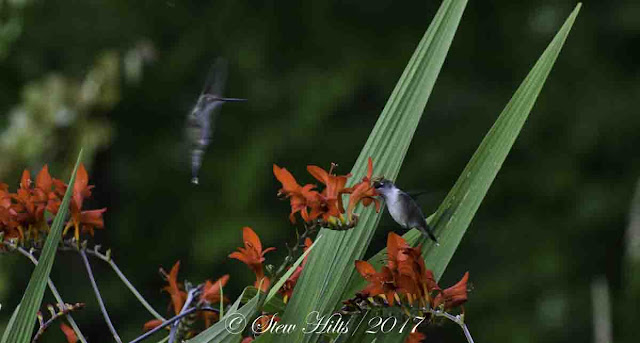 Then the second Hummingbird arrived and the battle began.  I looked up 'Hummingbird battles' to see what I could learn.  I learned that this is very typical behaviour - one article I read described Hummingbirds as "fierce, deadly gods of war"!  And went on to say that "Ounce for ounce, they're probably the fiercest creatures on earth"! 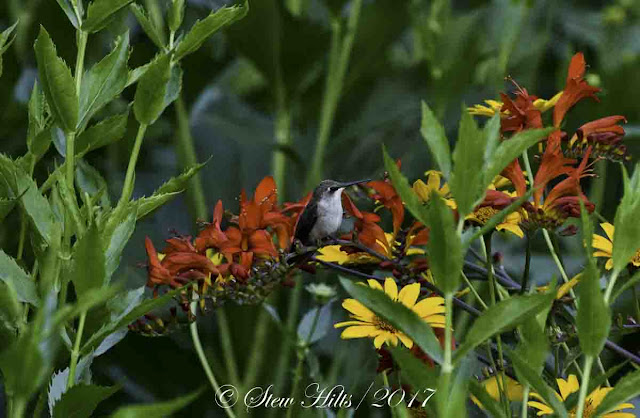 A pause for breath....  Apparently the Aztec God of War, Huitzilopochtli, was depicted as a hummingbird, or as a warrior with hummingbird feathers.  Actual Hummingbird battles are largely chases, along with that loud chittering, but they are limited by exhaustion, as the aggression costs "a ridiculous amount of energy".  And that's exactly what I saw. 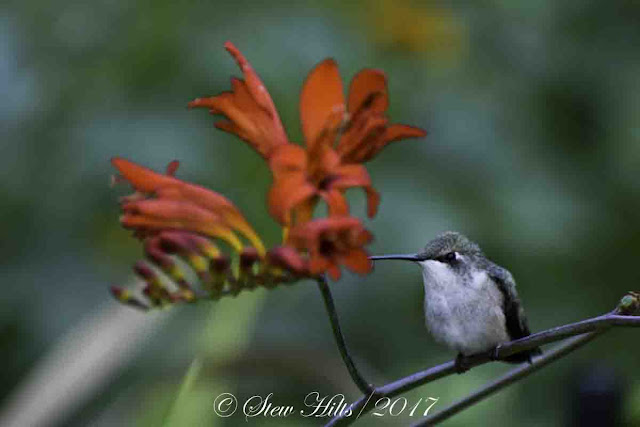 This battle went on for nearly half an hour, but eventually one left, successfully chased away I presume.  And the remaining bird could sit still letting me get some pretty close pictures. 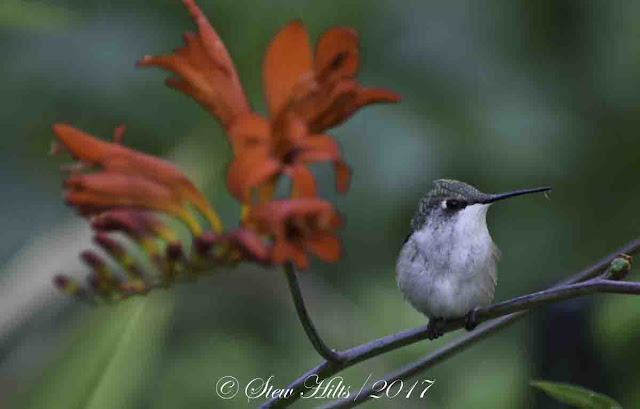 Sometimes you get that rare chance to sit as one of nature's amazing stories unfolds before your eyes - in this case Hummingbirds protecting their territory to make sure they get enough energy for the coming trip south.  It was a magical short time in the garden, just standing, listening and watching patiently.  I think I was rewarded with these pictures.