I almost forgot that last night was the peak of the Perseid Meteor Shower, created by fragmented debris of the Swift-Tuttle Comet.  Depending entirely on the weather and cloud cover, this is usually the brightest meteor shower of the year. 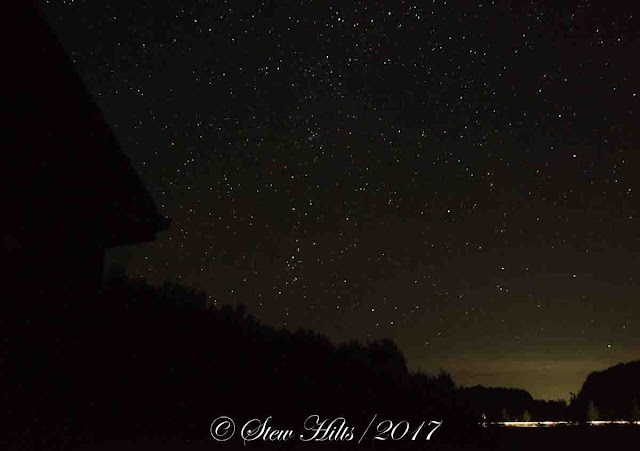 Visibility was threatened by the moonlight, but at 11 p.m. we remembered and discovered that the moon hadn't risen yet.  So we went out and sat on the deck for 10 minutes until our eyes got used to the darkness, and the stars started appearing.  I put the camera on the tripod and tried some exposures to see if I could remember how to do it.  These exposures are taken on a manual setting, with the ISO set to 6400, and a 30 second exposure 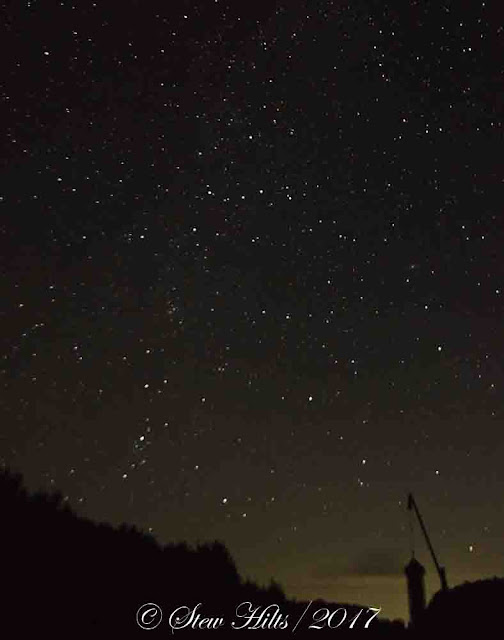 I pointed the camera toward the corner of the sky where the Perseids are centred, and waited for action!  I aimed just below the constellation Cassiopeia, the 'Big W' (albeit distorted a bit).  It's a little hard to pick out in this exposure.  The camera is picking up FAR more stars than our eyes saw. 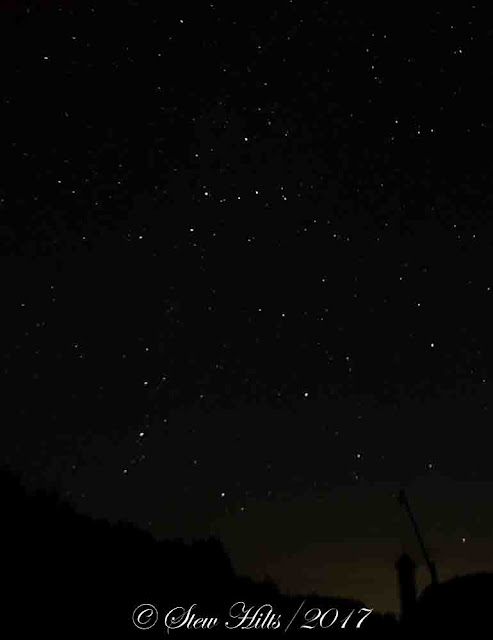 By reducing the ISO to 3200, the photo is darker, fewer stars show up, and Cassiopeia shows up much more easily. 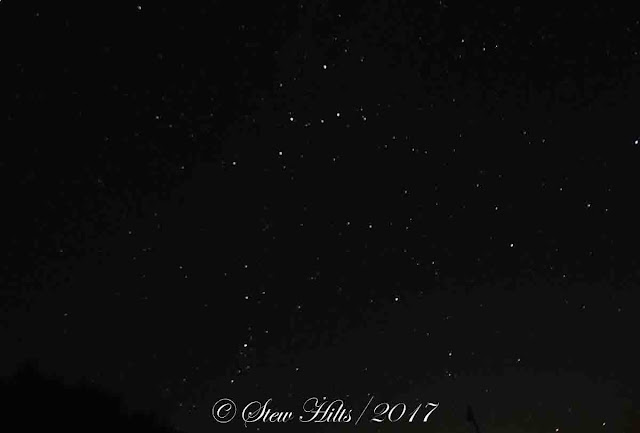 Then I sat there and took 45 pictures of this part of the sky, hoping for meteors to appear.  Quite a few did, but not in this part of the sky!  We each saw about a dozen white streaks across the heavens in 30 minutes of watching, but the camera didn't catch a single one! 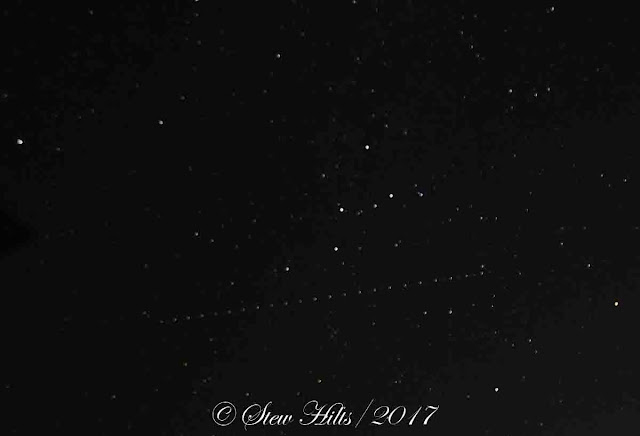 This was a passing plane, heading into Toronto. 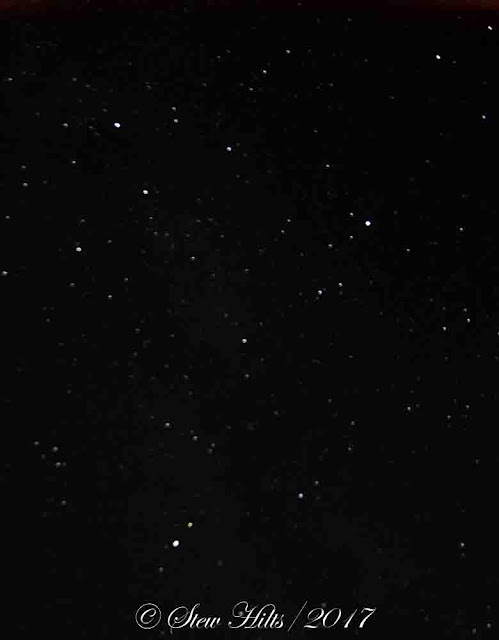 This is the Northern Cross, part of the constellation Cygnus.  My dad always referred to this one when he was teaching navigation (with the stars) during WWII. 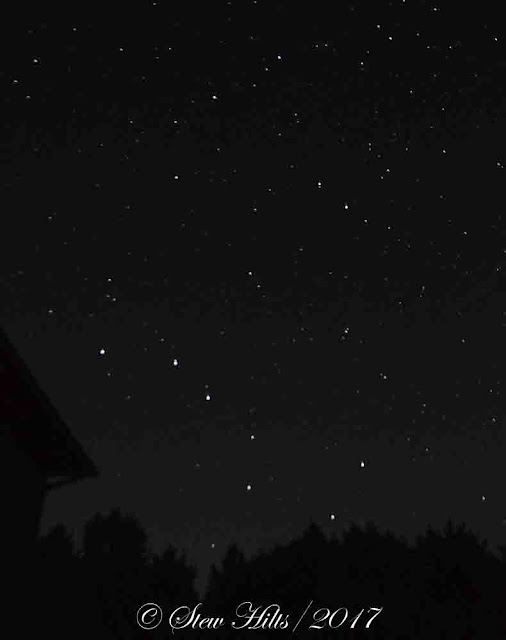 And here's the Big Dipper, part of the constellation Ursa Major.  It's a handy one to know because the right hand two stars point to the North Star, which unfortunately I missed.  It's just off the picture to the upper right. 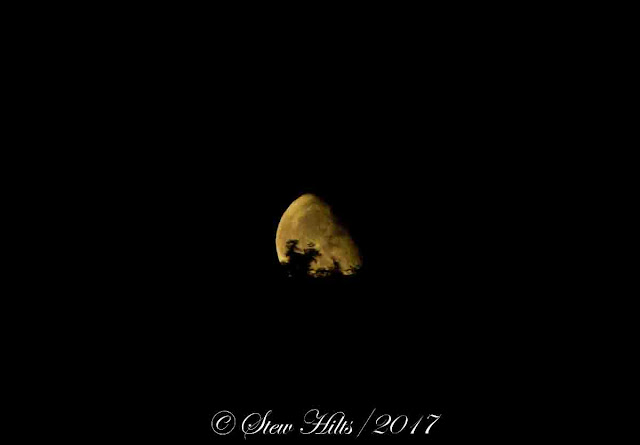 Then the moon rose, and washed out the entire show.  I may try again tonight. 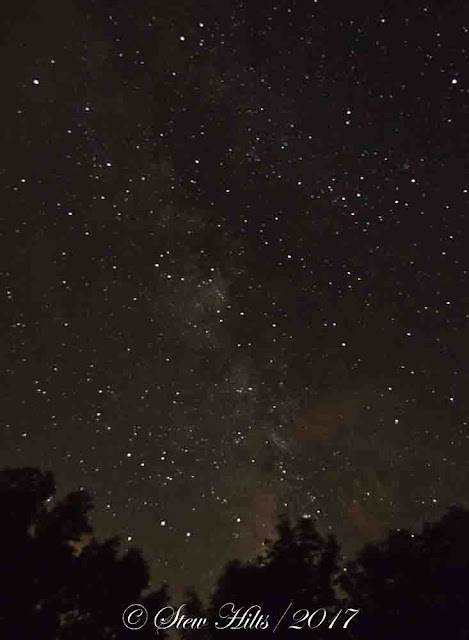 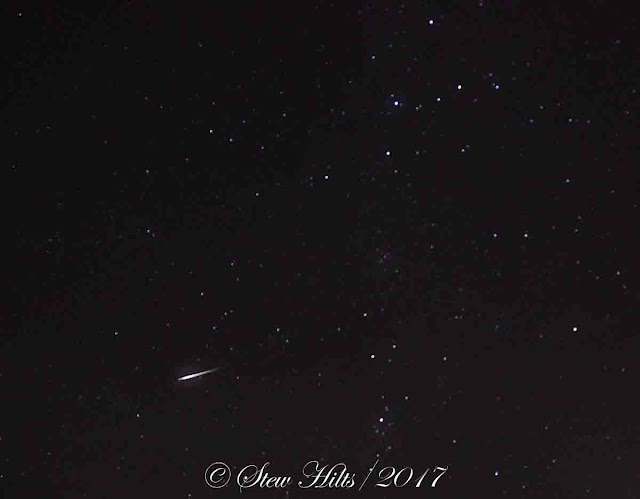 Just for good measure, here are two photos from last year, the first showing a bit of the Milky Way, and the second showing a Perseid Meteor!  It really is possible to photograph them - if you get lucky!

Go sit in the dark outside on a clear night and wait til your eyes get used to the dark.  The sky puts on quite a show!