Two weeks ago we paddled the Robson Lakes, two small lakes with only a few cottages, so if you look the other direction you could convince yourself you're in northern Ontario!  But it's normally a pretty easy-going paddle, and not very long.  This time we made it into an adventure! 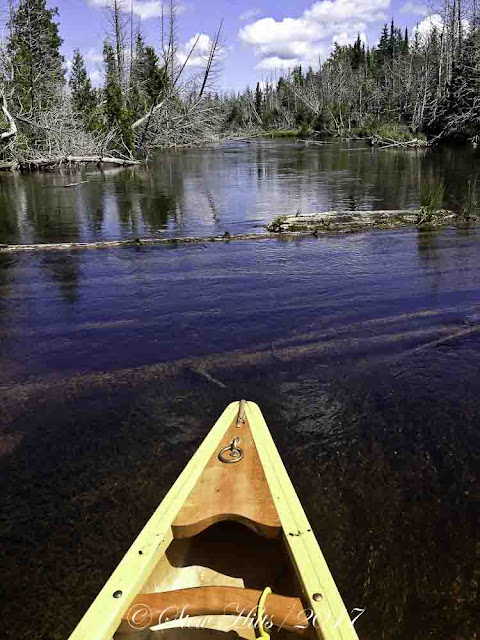 There's a wide creek draining down into the Robson Lakes, and we made this trip into an adventure by heading up the creek.  It added a lot of distance, and we felt like the early explorers, threading our way between fallen trees along a very wild waterway. 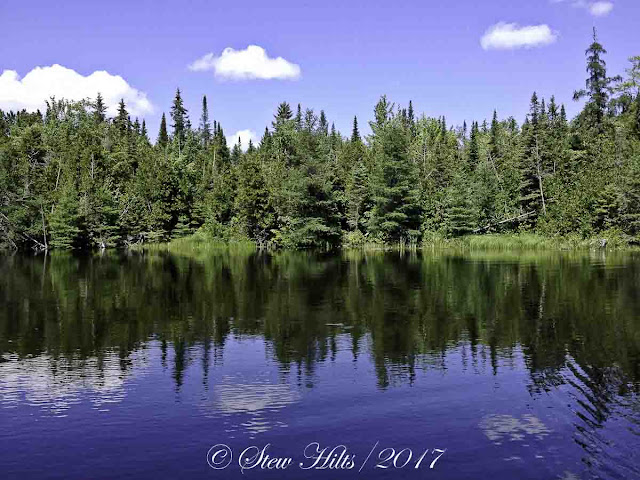 The lakes themselves are partly surrounded by wetland, which really does look like northern forest. 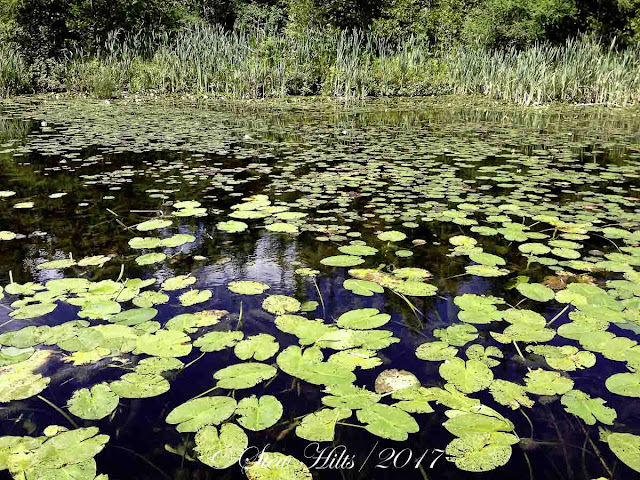 In the shallower spots there are large rafts of waterlilies, both white and yellow. 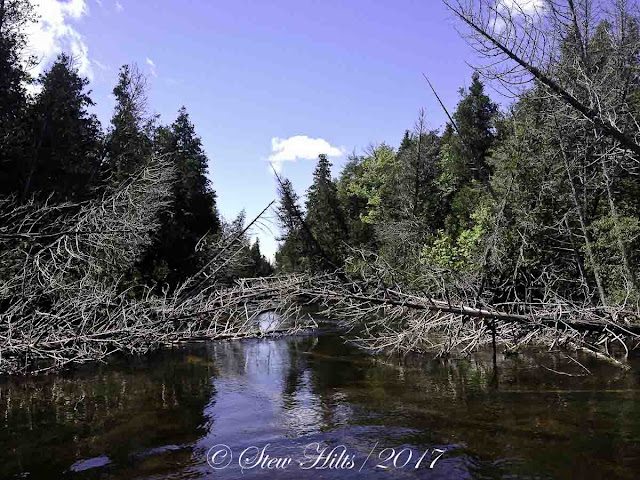 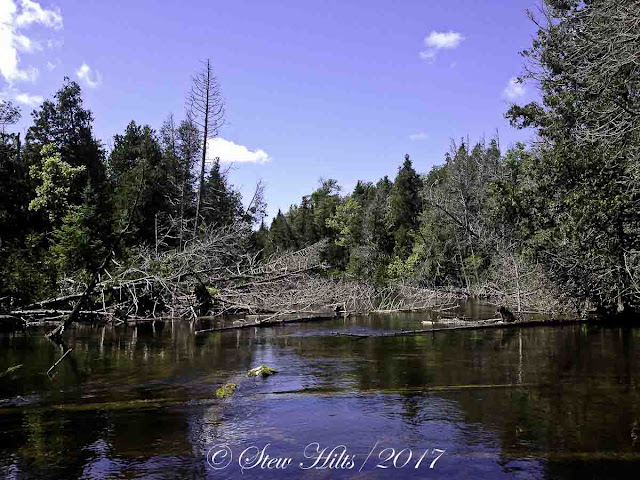 But once we headed up the creek we quickly realized that we had taken on a challenging paddle.  It was more like a slow wiggle among and between the fallen trees and branches.  We made it, quite a long distance, and the trip turned into 3 hours, and quite an adventure! 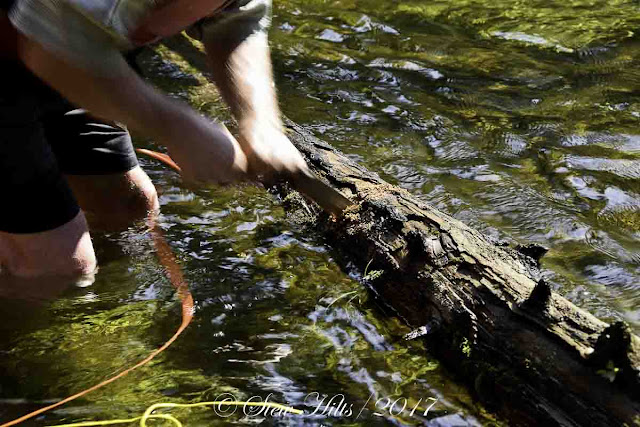 So a week later, we decided to go back, taking our bush saws, to try and trim up some of this route, enabling us to get through and go further up the creek.  I let my canoe buddy, who was feeling like a lumberjack that day, do most of the work! 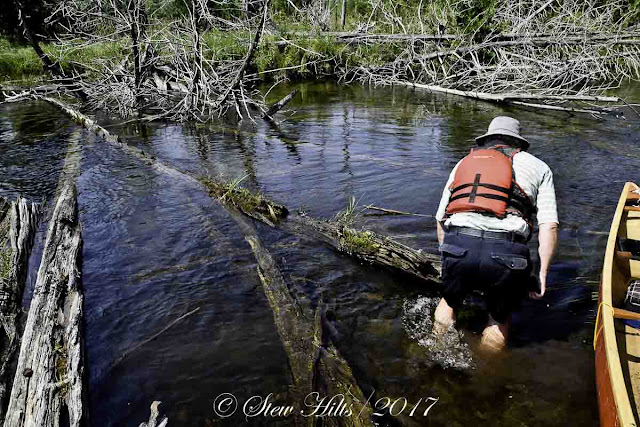 This was the biggest group of logs we tackled, too big to saw through, but we moved them enough to slide the canoe through between the logs. 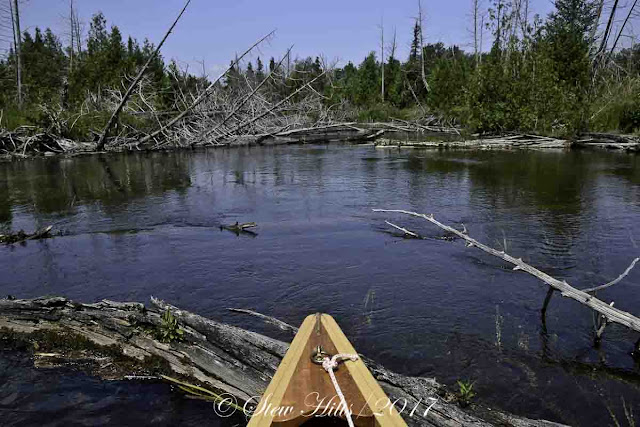 But a short distance further, we ran out of luck.  About three big logs overlapping each other crossed the entire creek.  We will have to go back with larger saws.  (And more snacks). 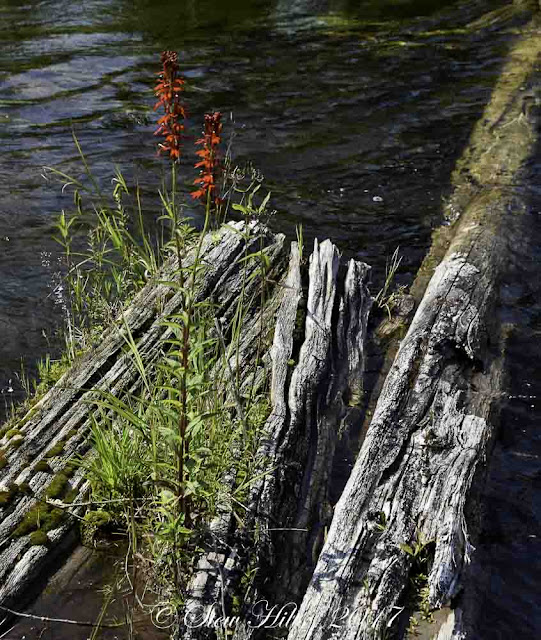 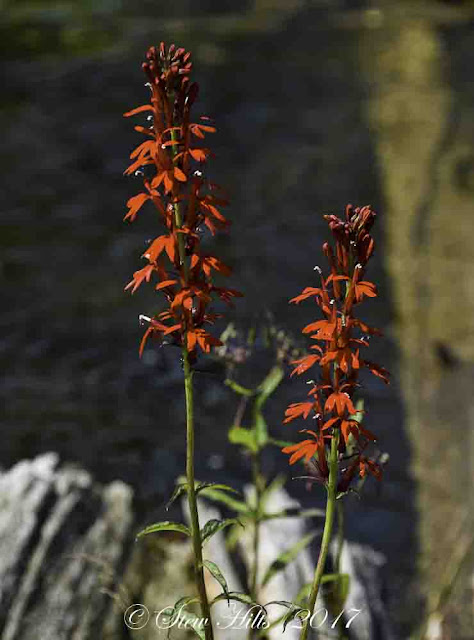 The highlight of the paddle for me was this pair of Cardinal Flowers, growing right out of one of the log jams.  Such a brilliant red.  And I sat and enjoyed them while the lumberjack worked! 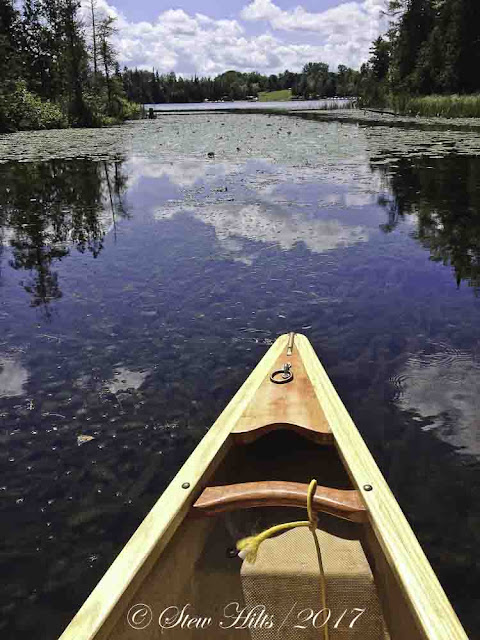 So what would normally be an easy-going one hour paddle, turned into two 2-3 hours canoeing adventures.  And I don't expect we're finished yet.