Again, a week ago, we had one of those eastern sunsets, when the sun had disappeared behind the hill to the west of our house, but was still shining on the clouds south and east of us.  Surprisingly bright colours this time. 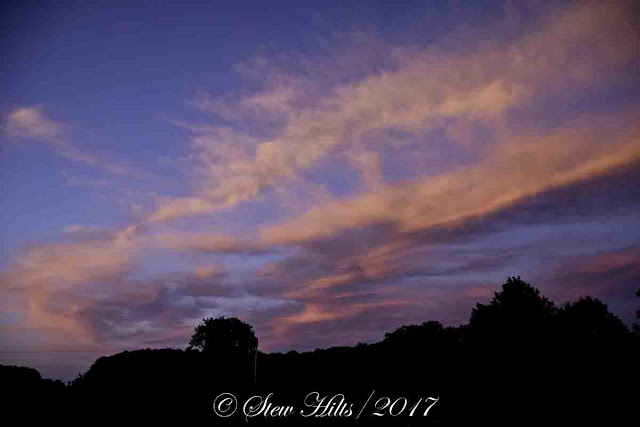 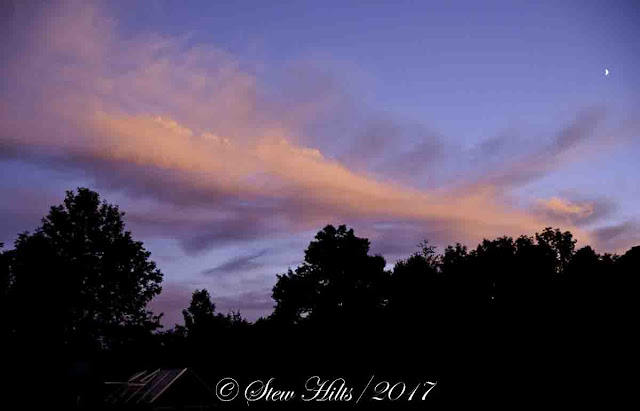 And this looks more to the south.  Spot the moon? 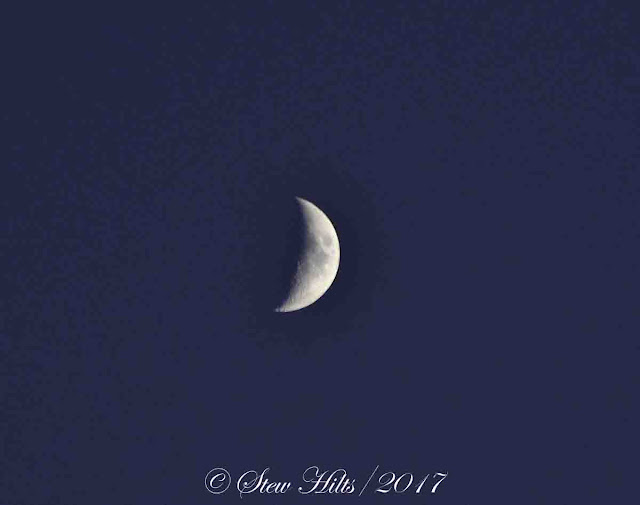 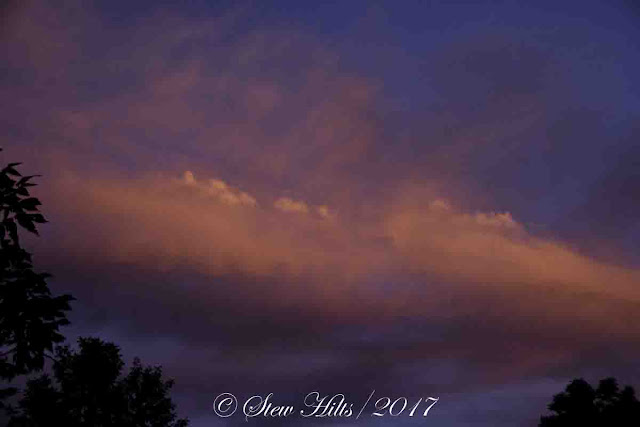 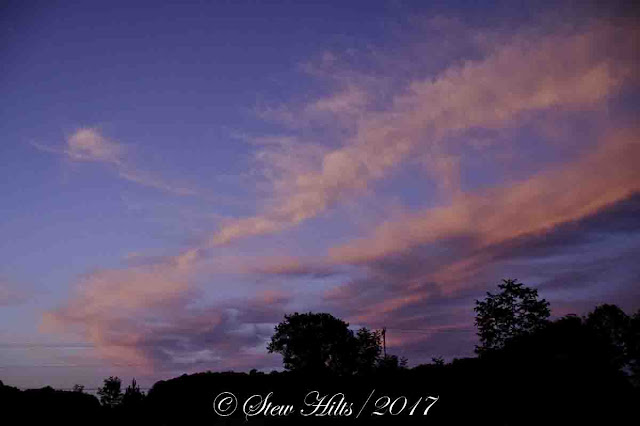 I hope that at the new house we will get some real sunsets, with a view to the northwest.  But we won't have the eastern view for sunrises - or these unusual 'eastern sunsets'. 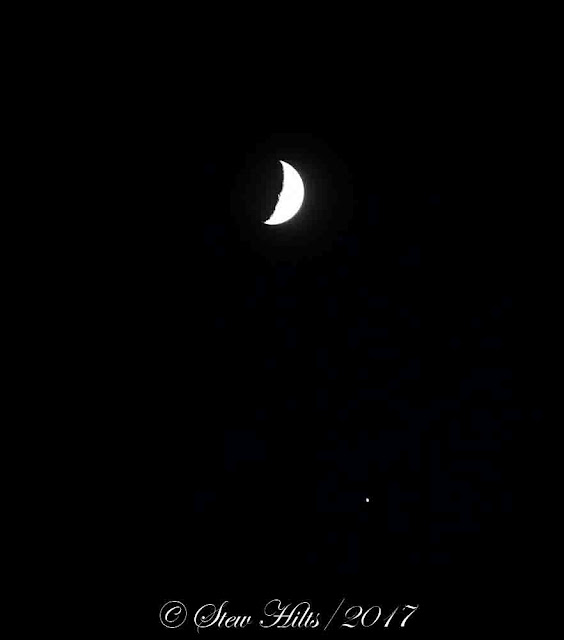 I went out later on to check out the moon again, and spotted a planet right beside it (what astronomers would call a conjunction).  Turns out this is Jupiter.