We pick up the 7th Line in Rocklyn tonight and head on north.  There's still a sign for the General Store, but it hasn't been in business for several years now.  Like many small hamlets in rural southern Ontario, it's  easier to drive a little further to a bigger store, and the commercial outlets in the small villages disappear. 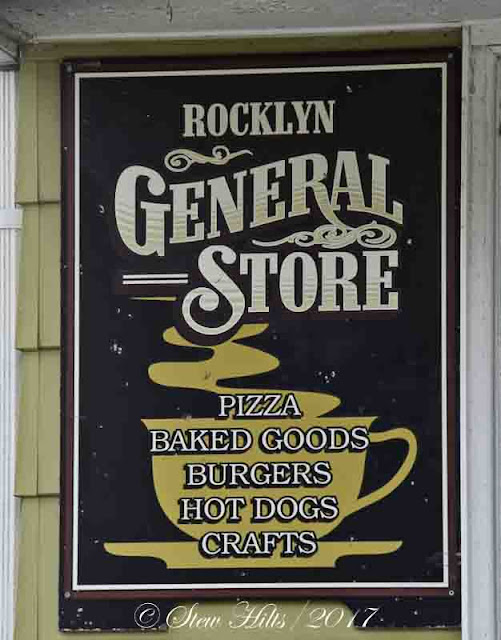 Since my grandfather ran a general store for 30 years, I'm sensitive to the disappearance of these community hubs. 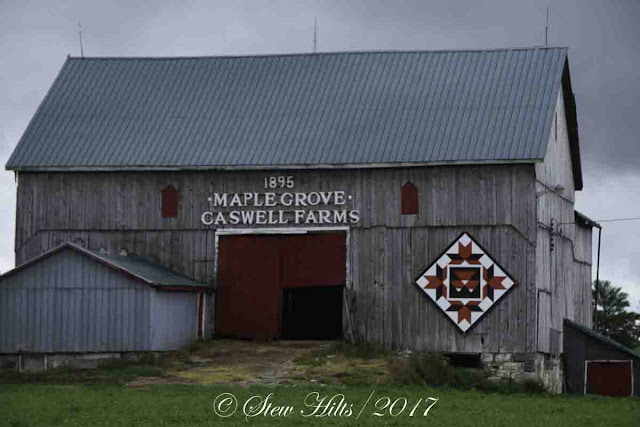 We pass two barn quilts on this route.  This was the very first one I saw in this area. 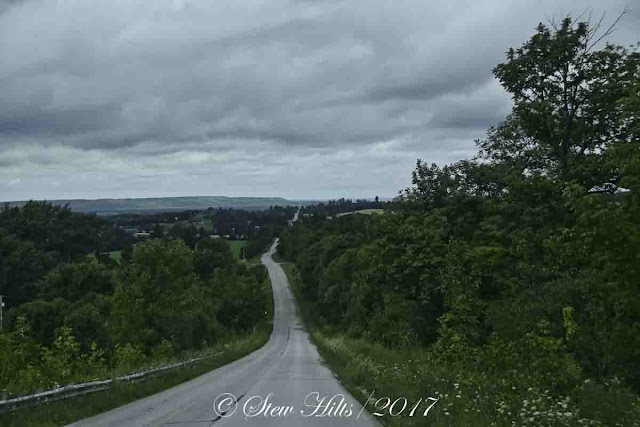 Shortly after that the road crests the Niagara Escarpment, and heads down a long slope to Georgian Bay.  On a sunny day this view is even better. 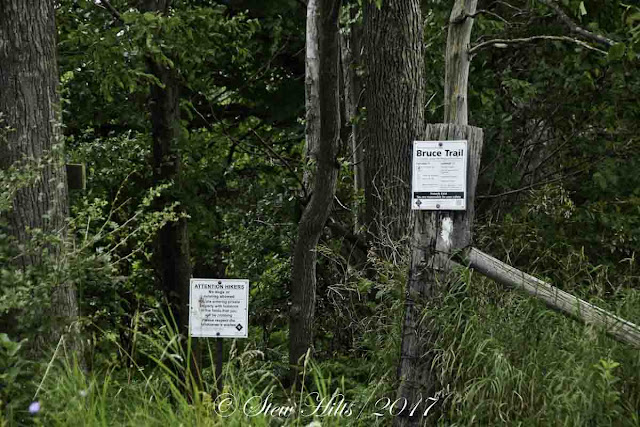 Right at the crest of this hill, the Bruce Trail crosses the road.  Not much to see at the road crossing, but miles of beautiful hiking trail in both directions.

We keep heading north, and pass this large barn, a huge addition put on the smaller old structure in the back.  Every now and then a cow lifts its head from eating and looks outside. 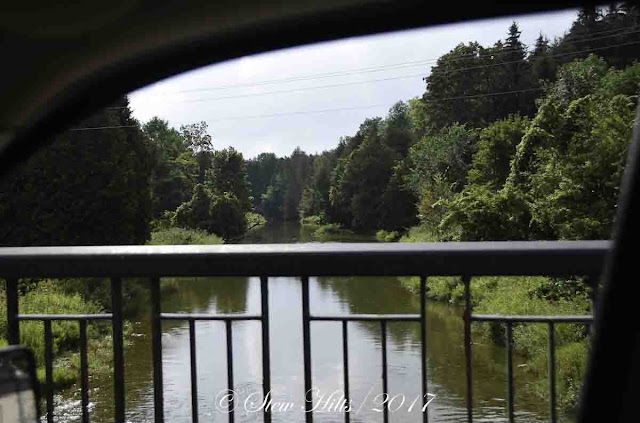 Once we've crossed the Niagara Escarpment we're in the watershed of the Bighead River, and we cross it just a mile and a half before Meaford, a popular fishing spot. 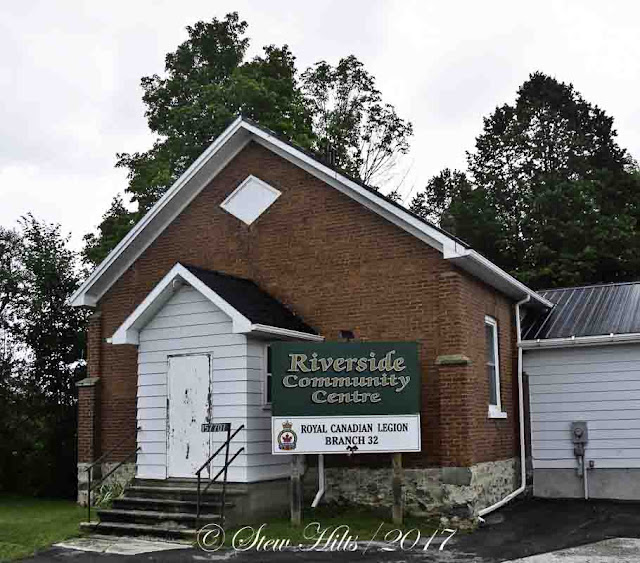 Riverside Hall is just beyond the river.  Run by volunteers, it hosts several events over the year, and weekly breadfasts over the summer.  The local branch of the Legion meets here as well. 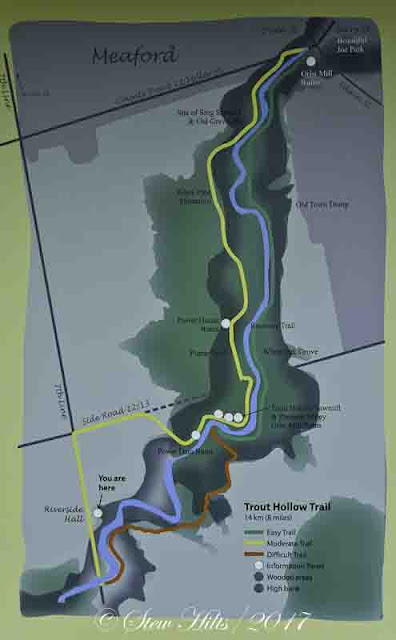 And right beside the hall is a new display board highlighting the Trout Hollow Trail, where the great conservationist John Muir spent two years working in a sawmill while still in his 20's.  It follows the Bighead from the 7th Line downstream to Meaford. 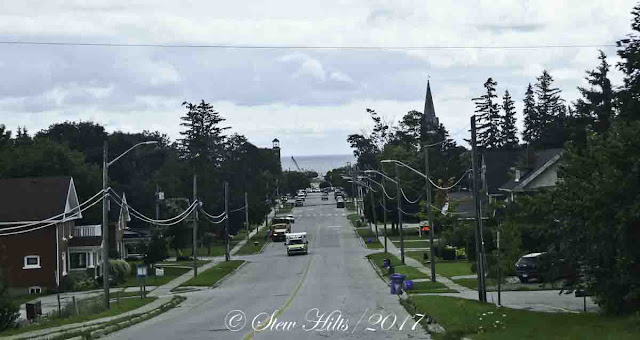 At the stop sign we have to leave the 7th Line, turning right to follow Grey Road 12 into town, down the hill past the hospital. 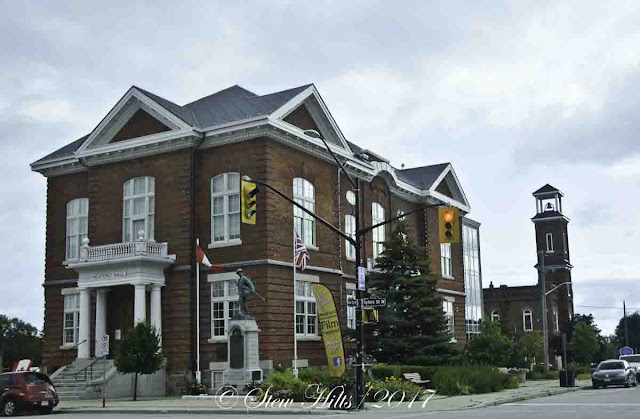 As we near the shoreline, we pass the former town hall, now a very active concert hall and rental space used by many.  The old fire station with a tower for drying the hoses stands in the background. 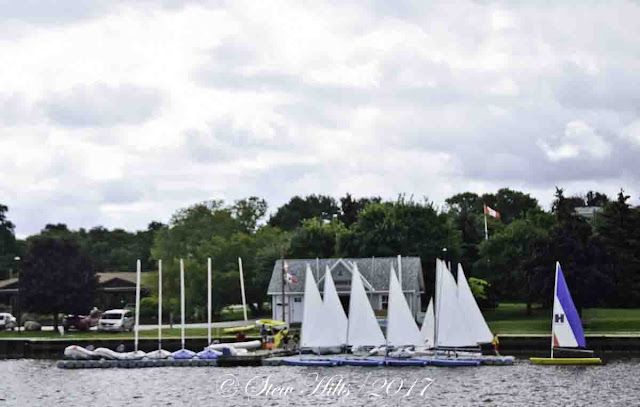 One more block and we're at the harbour, looking across at the local Sailing Club, the boats all ready for sailing lessons I think.  Hope you've enjoyed our trip down the 7th Line.

It's been cold today, with an even colder north wind.  I don't mind at all, but it does seem a bit early for these kinds of temperatures.  Even saw a large flock of Canada Geese overhead, apparently heading south.