We're back to winter here, with snow and -10°C, maybe enough for some skiing.  The storm wasn't as fierce as forecast, but I'd much rather have this than slush!  And it's looking nice and wintry again. 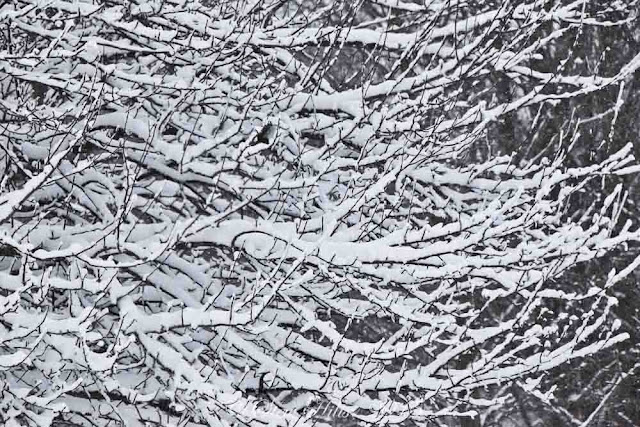 These are the branches of a Hawthron Tree; they seem to hold the snow better than most on all their tiny twigs. 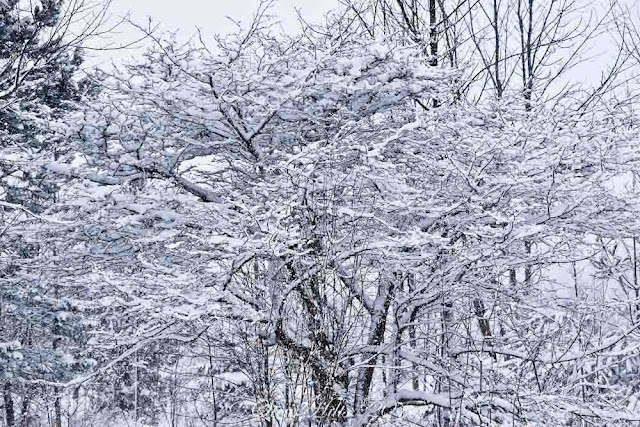 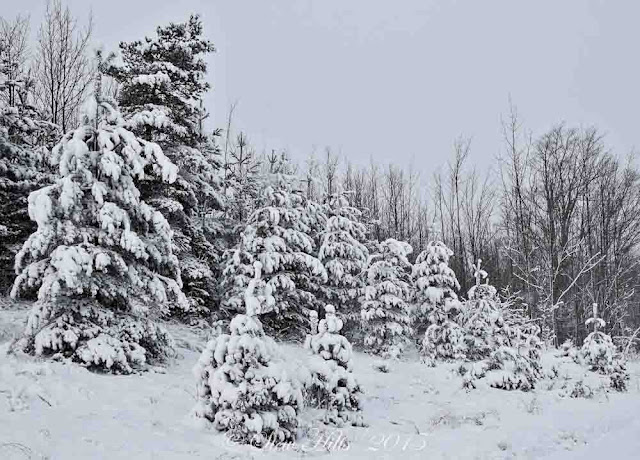 But it's the pine trees that hold the most snow and quickly look like it's winter. 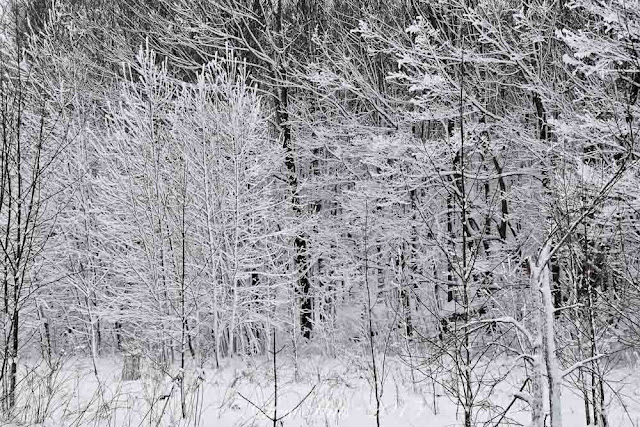 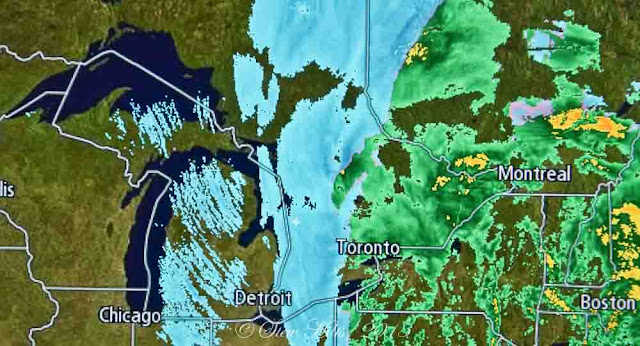 I don't know about you, but I really like watching the actual progress of a winter storm.  There's a pattern as the warmer air moves through bringing a thaw, the cold front follows, and then lake effect streamers start off the Great lakes.  In this radar image, the first, warmer air mass is on the right.  The green is rain, and the blue is snow, and we're right in the centre of the picture where the rain has just turned to snow.  You can see west of that the beginning of the linear streamers over Michigan. 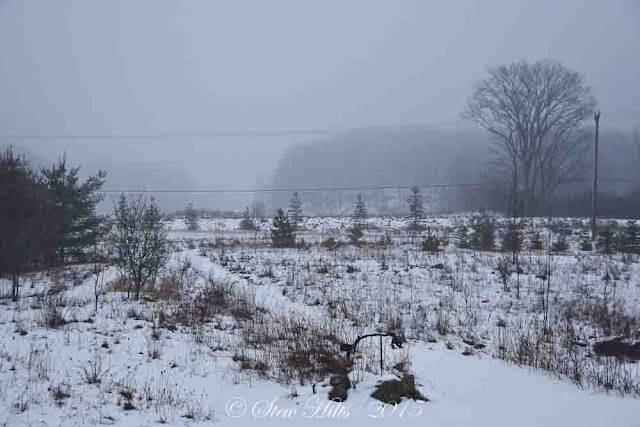 The storm started with fog and melting as temperatures rose above freezing Saturday. 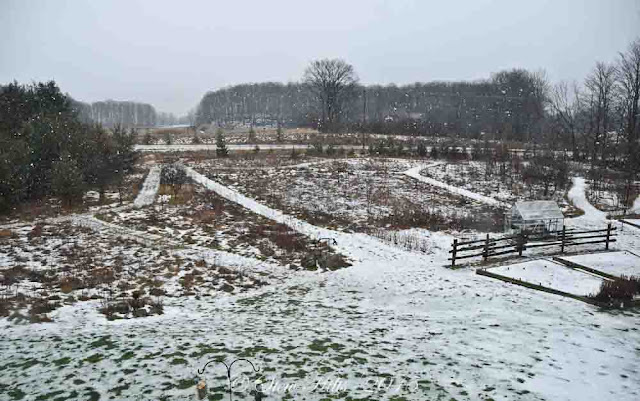 This was the low point for snow (or high point for temperature), on Sunday noon, when a lot of our snow had melted.  The rain had just changed over into snowflakes. 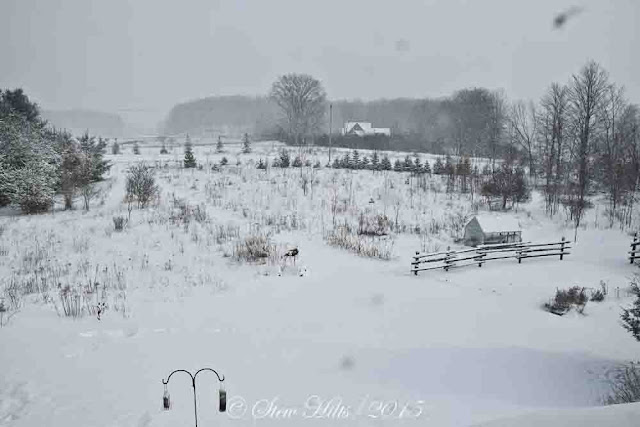 By this morning the yard was back to about 6" of snow, with snow squalls from those lake effect streamers, cold temperatures, and the warmer air long gone to the east. 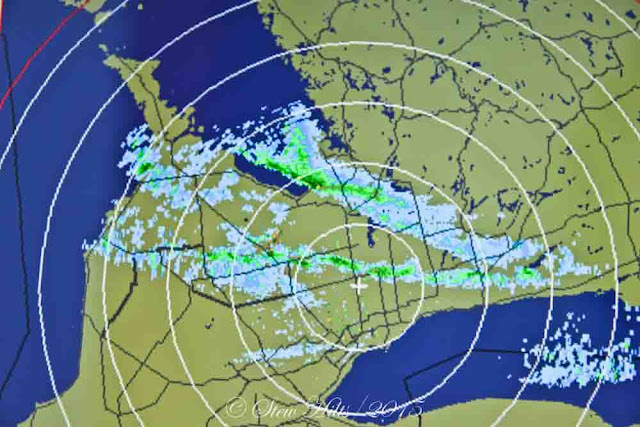 This is what the radar looked like today, with two major streamers heading east to southeast across southern Ontario.  That's what brings the most snow.

Anxious to get out now, but busy with commitments too.  A fair bit of time blowing out the driveway for one thing!  Walking back to the house I noticed that the big Christmas wreath was looking really good with the fresh snow on it.  To be honest, I put this up a month ago, and have hardly ever noticed it since, but today it looked good.  So a belated Merry Christmas!  By the way at some point I was told I had put it up upside down!  But I think it looks good anyway. 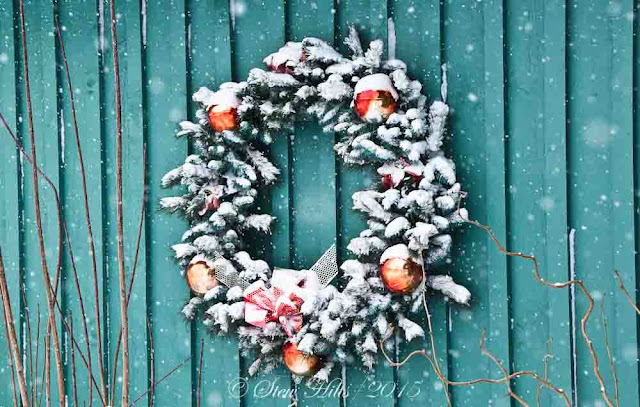