What a Difference a Day Makes!

It so happens that I was back on the shores of Georgian Bay just a day later, yesterday.  The wind had shifted 180° and died down, so instead of blowing the water onshore from the northeast, it was out of the southwest, and quite a bit calmer than the day before.  And the sun was shining out of a clear blue sky - made for great colour in the water! 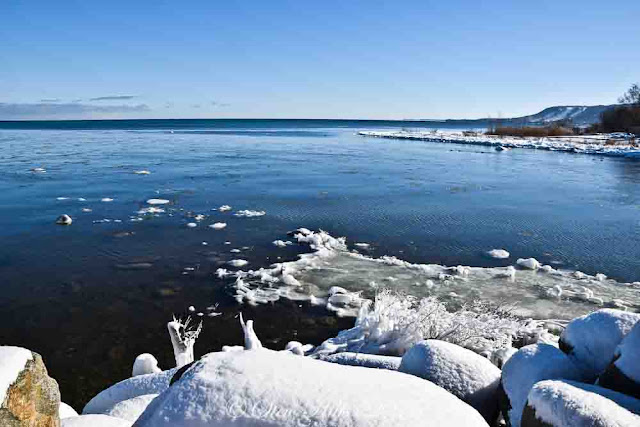 I was in Thurnbury, not in Meaford, but it's just a few miles to the east.  The bay was almost totally calm, and a deep deep blue.  This is the river mouth of the Beaver River, a few bits of ice floating out on the current. 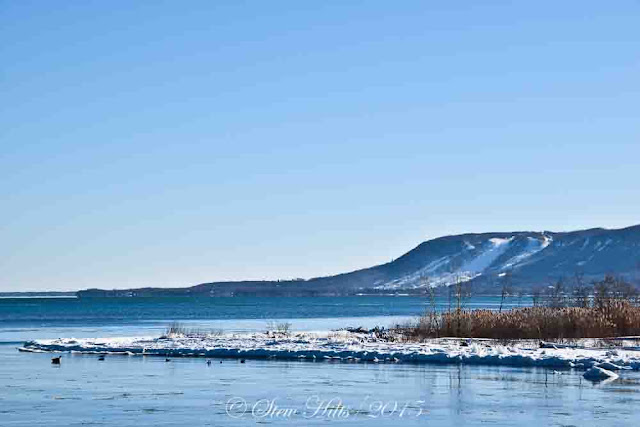 A closer view looking east shows the slopes of Georgian Peaks Ski Club, down the northwest side of Blue Mountain.  This is where I mentioned a landslide they needed to fix, about halfway down.  Beyond that hill are several other private clubs, and one big public club.  They'll all be going full speed this weekend! 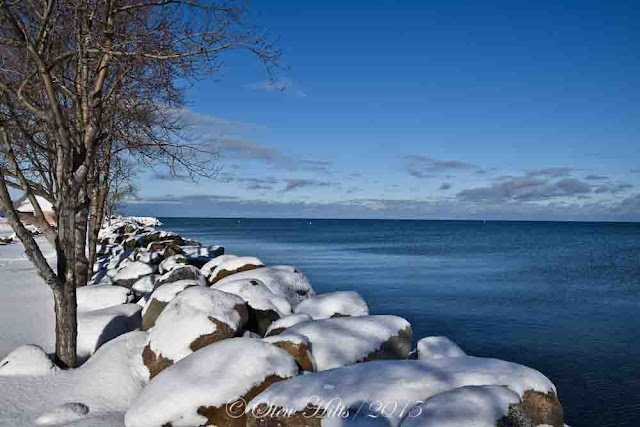 And this view looks west.  On my left out of sight is the sailboat harbour (all the boats out of the water until spring now), so this wall of big boulders protects it during storms. 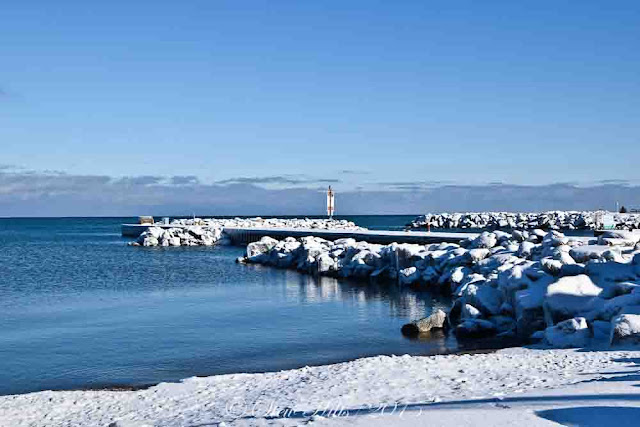 I left that spot and drove around to the west side of the harbour, which is the popular swimming area. I've been swimming here several times in the past (in the hottest days of summer - Georgian Bay never warms up a lot), and watched kids jumping off the far left end of the pier, where the water is about 10' deep. 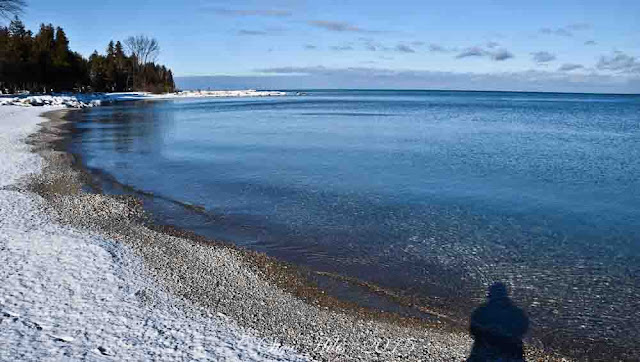 You can see it's not a sand beach, but a cobble beach, all wave-washed round cobbles which are a pain to walk on until you get in far enough to swim! 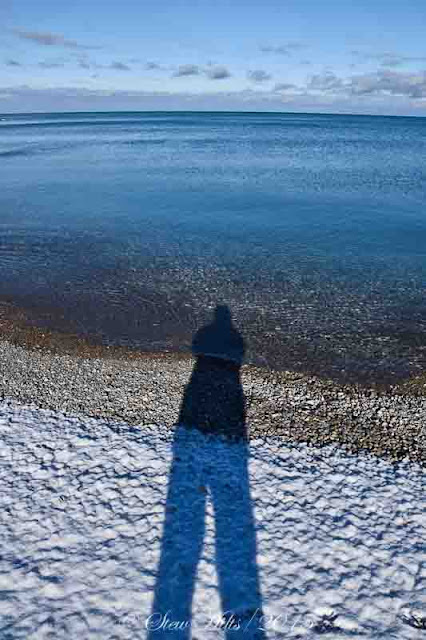 
****
Today I was back to Meaford yet again for coffee with another Bruce Trail volunteer.  This being a volunteer involves more than just being out hiking; there seems to be more and more paperwork and organization to be done!  After lunch I managed another good long snowshoe, almost one and a half hours, so I was up to an hour and 45 minutes for the day.  Compared to other dedicated walkers I read about, that's still not much, though on snowshoes it feels like a lot.  I'd like to push myself to that level every day.

Yesterday the Canadian government announced that admission will be free to all Canada's National Parks for the entire year 2017 (!!!), which is Canada's 150th Anniversary.  What a fabulous way to celebrate.  In the past we have visited many National Parks, all the way from Newfoundland to Vancouver Island.  We said to each other, let's go on a big road trip or two in 2017, and see a bunch of the parks again.  I'm already looking forward to it!  You can see a great map of our National Parks here.