This weekend, we'll visit the Boboli Gardens in Florence and the Gardens of Versailles in Paris.  By the 1400's, the Renaissance was flourishing in Florence, Italy, even while northern Europe still suffered under the Black Death, famine, wars, and plunging populations.  Outstanding new art and architecture marked the city. 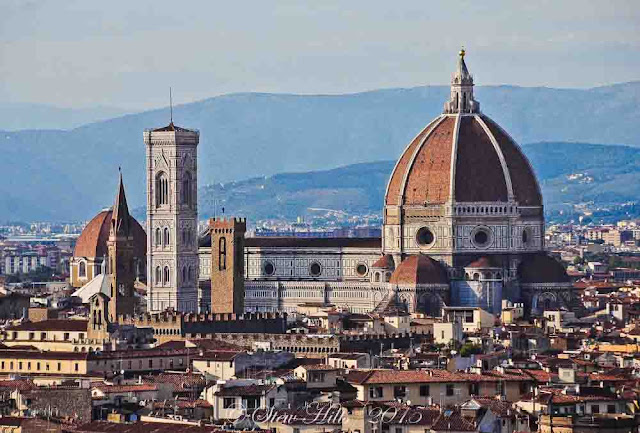 Brunelleschi's dome on the great cathedral in Florence is one of the great accomplishments of the Italian Renaissance.  Builders finished the cathedral in the 1400's and couldn't figure out how they were going to build the dome, but Brunelleschi came up with a solution.. 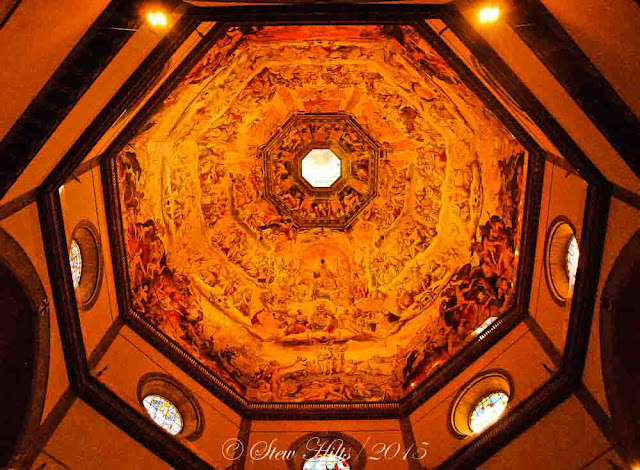 It took innovation in building techniques, millions of bricks, and an intuitive understanding of architectural stresses.  The dome has both an inner and outer shell, and it remains the largest masonry dome in the world today! 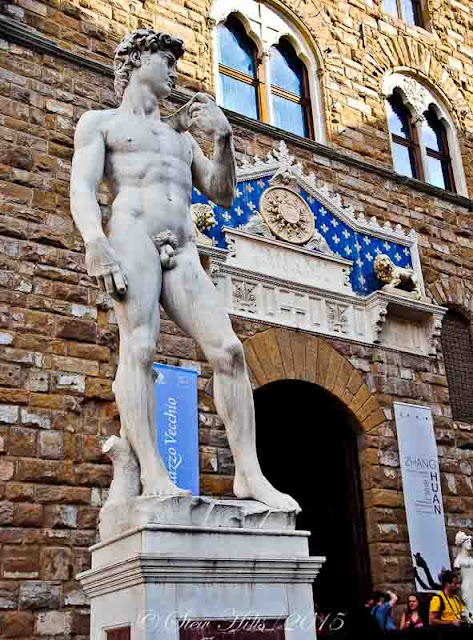 'David' by Michaelangelo, is probably the most famous sculpture of the times.  It was commissioned not by a wealthy king, but by the merchants of Florence, reflecting the growing monetary economy.  This copy that sits outside the town hall means more to me than the original inside the Academia Gallery, because it's in its appropriate political context. 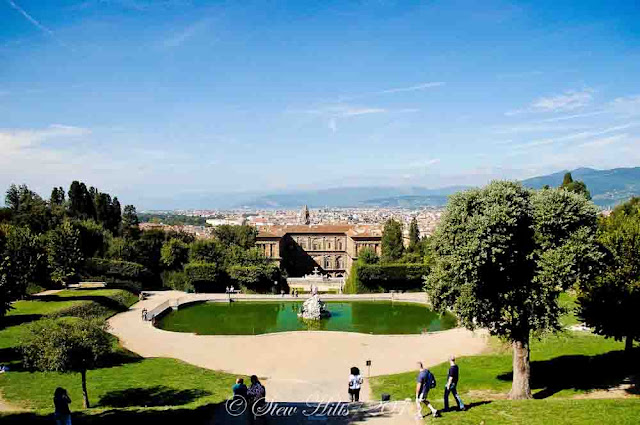 And across the Ponte Vecchio over the Arno River, the wealthy banking family, the Medicis, bought the Pitti Palace and built the Boboli Gardens.  Built on terraces, like many Italian Renaissance Gardens, the view straight out the back of the palace looks up across a series of terraces, past sculptures and fountains. 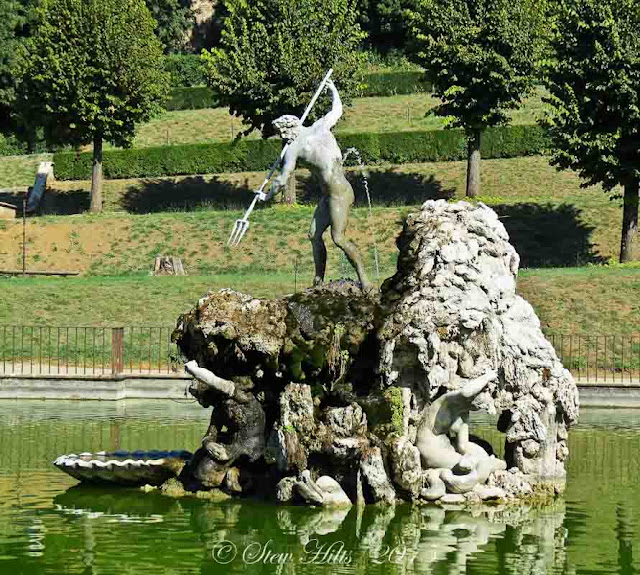 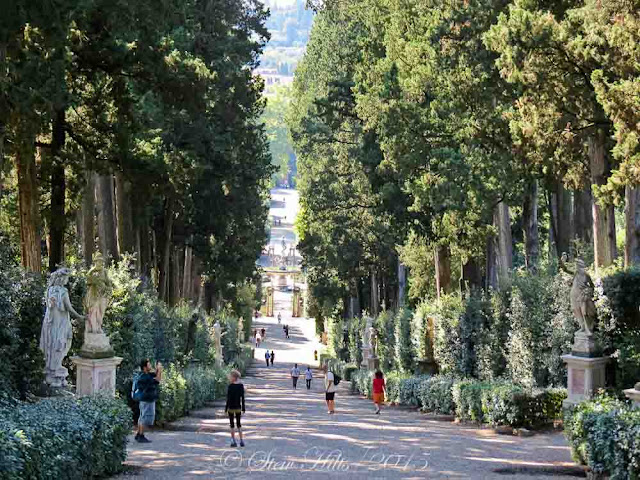 And cutting at an angle across that view, another wide gravel path lined with statues leads downhill between mature trees and hedges to a large formal pool. 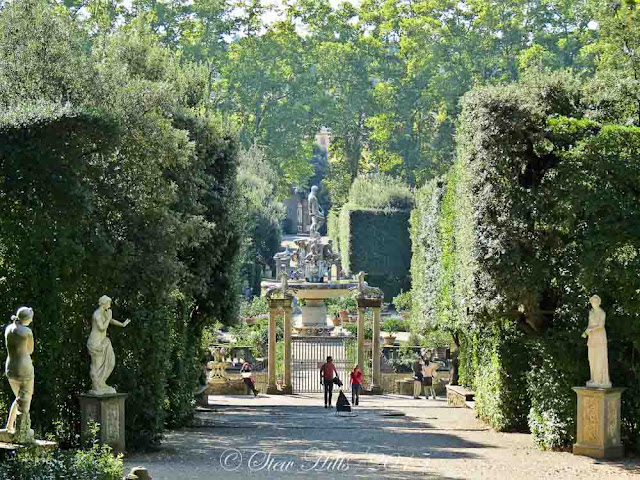 Have you wondered about the flowers?  This garden isn't about flowers.  It's about the glories of ancient Rome and Greece, reproduced here in Florence as a garden.  Above all it's a sculpture garden. 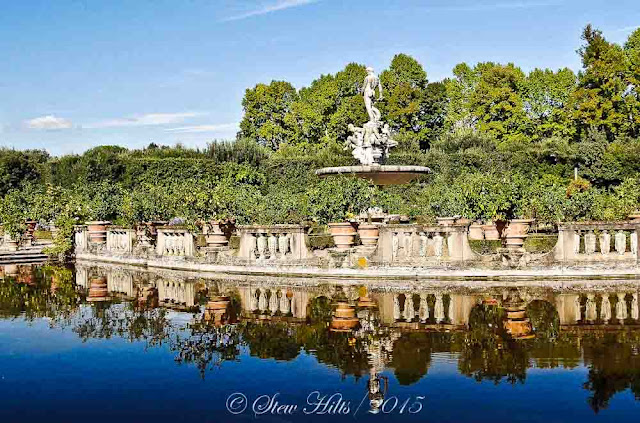 The Isolletto (Island) and another Neptune Fountain. 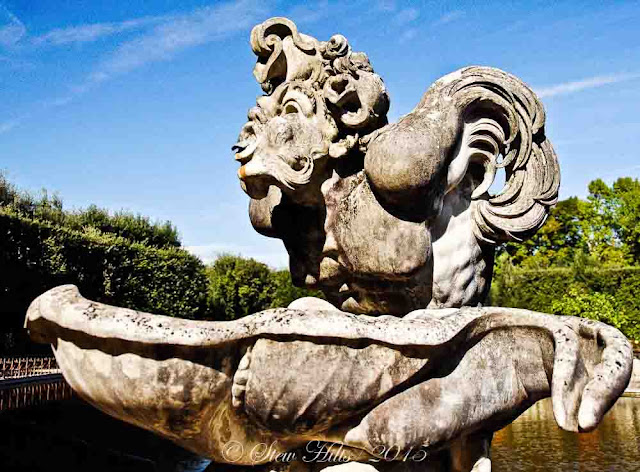 My favourite sculpture of the garden, a Triton.  Notice that some fountains aren't running?  Water supply is a serious issue, and not all fountains are turned on at once. 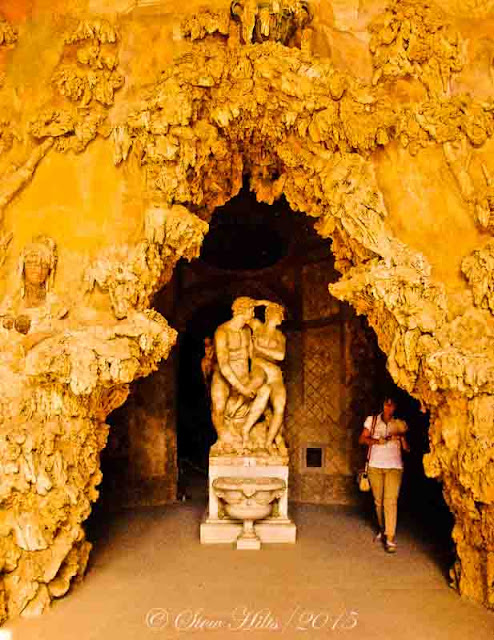 There is even a grotto, a totally manmade fantasy in stone, with allegorical overtones in the statues and decorations.  The Boboli Gardens reflected the growing wealth of the Medici Dukes of Florence, who were not 'kings', as was the case in England, France and Spain, but were bankers.