We finally got together with my sister and her husband for a Christmas visit over lunch.  We drove down to Walkerton, which is about half-way in between our places and met in a restaurant on the main street.  Then we hit a quilt/craft/wool shop in nearby Neustadt which we had never been to before.. 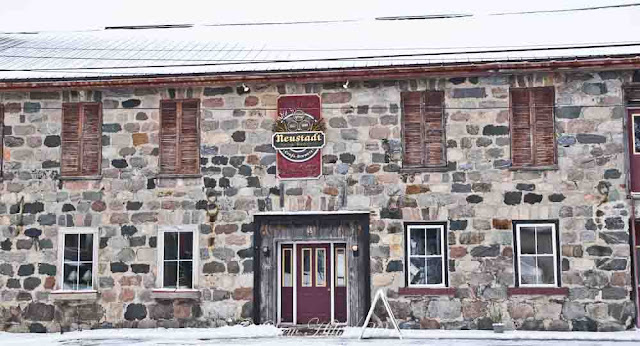 While my wife made a very successful visit to the wool shop, I tried a few shots of the beautiful stone building across the street, the Neustadt Springs Brewery. 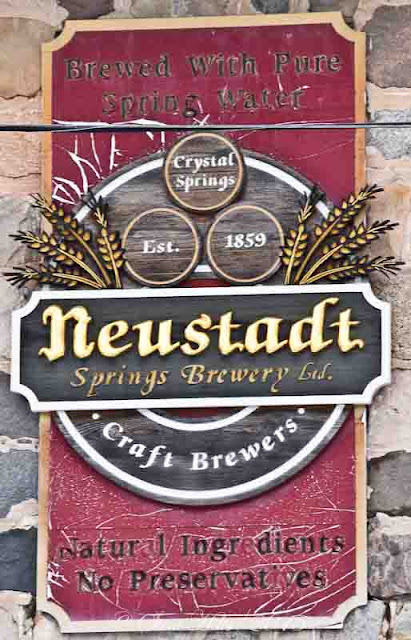 This is a fairly new craft brewery, started by a couple of British ex-pats, which opened in 1997.  They brew several interesting varieties, and have a tasting room where you can try them out.

But the building dates from 1859 when the Crystal Springs Brewery opened here.  It was rebuilt in 1869 after a fire, and continued providing local beer for 57 years, until 1916. 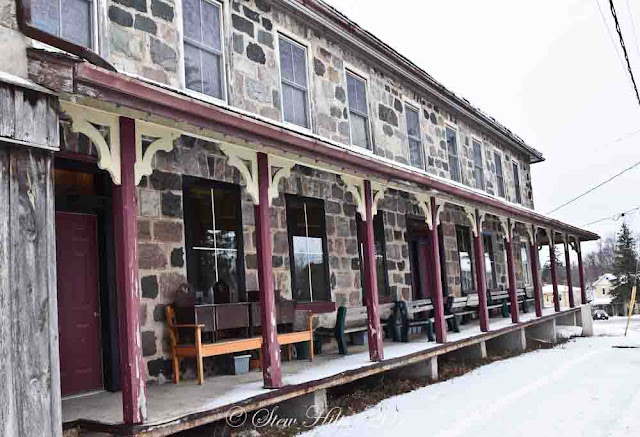 The northern end of the building, which I found quite interesting, served originally a hotel.  The whole building has served a variety of purposes through the years after the original brewery. 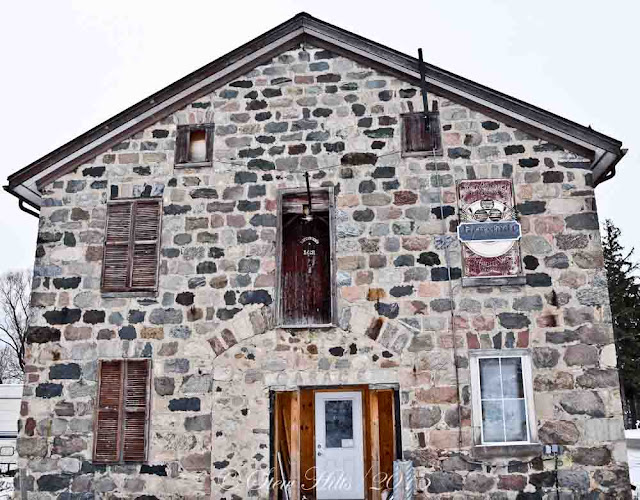 I found the south end of the building quite interesting, the stonework showing evidence of changes over the years.  Teams of horses were used originally of course, and at one point you can see it was a garage.  The sign on the wooden door above says Heuther's Beer. 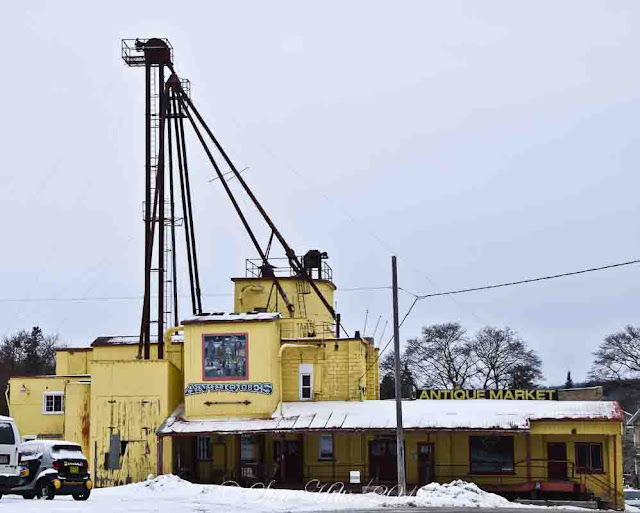 Just beyond the brewery was the old mill, no longer in use, but part of the bottom floor used as an Antique Market.  I know that progress marches on, but it always saddens me to see industrial operations that must have been bustling with activity (and jobs) closed down and idle. 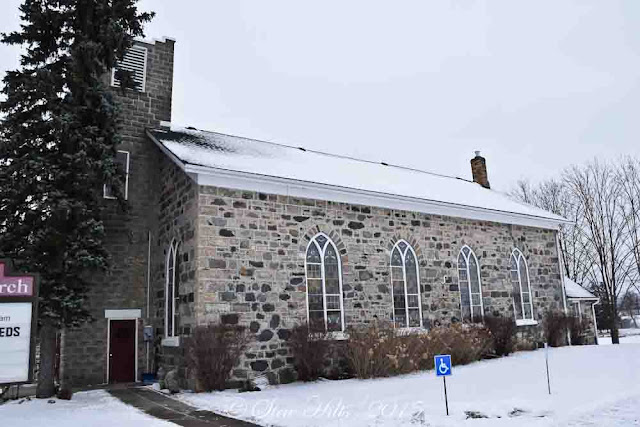 And just up the hill was a nice stone church, though the front entrance tower is simply decorative cement block. 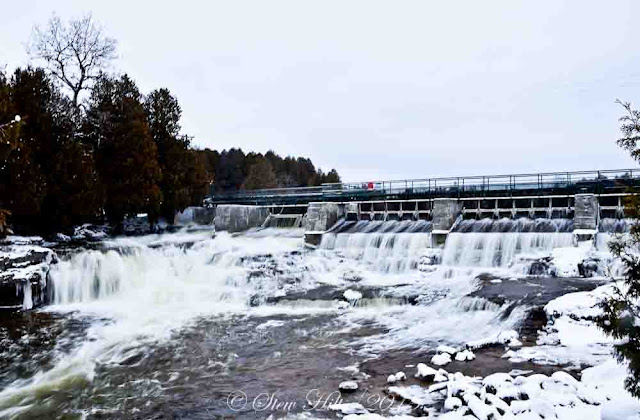 On the way home we passed through Durham, and stopped for five minutes at McGowan's Falls.  There was lots of water flowing, and I tried several different shots, though the late afternoon flat light of a dull grey day didn't help!.


****
When kids were younger we got together with my sister and her family every year, but kids grow up, and then they get partners, and with partners come another family of in-laws that wants them for Christmas.  Eventually maybe the kids might have kids of their own.  And suddenly what was 11 people in two families is 22 people in 8 families.  Finding a day for Christmas together becomes impossible.  (And at my sister's house for Christmas there were 6 dogs, all large)!  So it was great to get together for this visit, and my wife was pleased with her haul from the wool shop too!

Lightroom question - I use Lightroom to edit my photos.  Yesterday I entered a new folder for 2016, and imported the day's photos.  I did the same today.  But the '2016' folder is not showing up in the 'Navigator' column of Lightroom, so I can't find them to edit them!  Any suggestions?  Did I enter something wrong, or forget some little box I need to check?