We've had some beautiful sunrises recently.  And I'm often up to see them since they don't happen til 8 a.m. or so.  One day there seemed to be a beautiful red sunrise that covered all of southern Ontario, judging by the news reports! 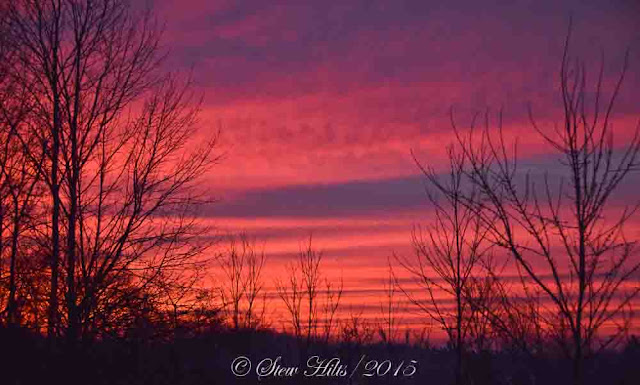 All of these are just taken out the window where I sit with my coffee, check the weather forecast, and read the morning news and some blogs. 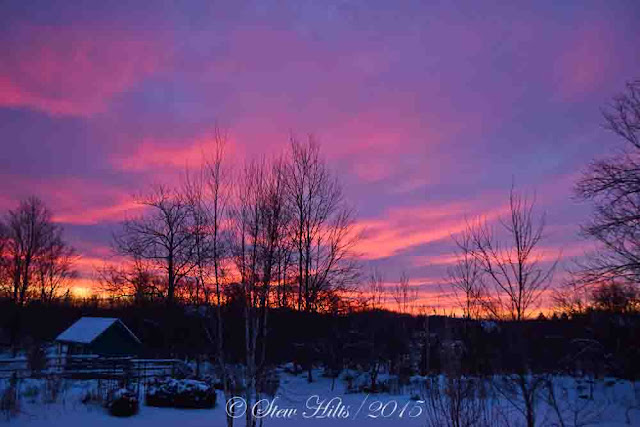 This one started gently, and it looked like the sun was actually going to rise over there on the left. 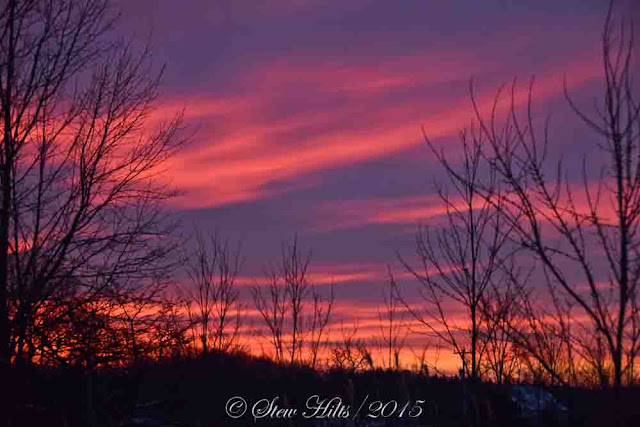 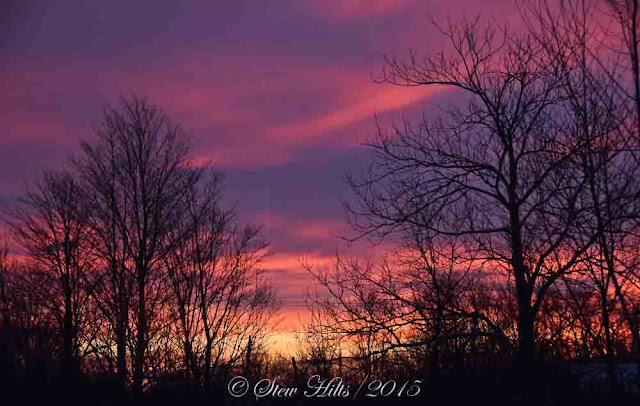 After about 15 minutes it definitely looked like the sun would show its face here. 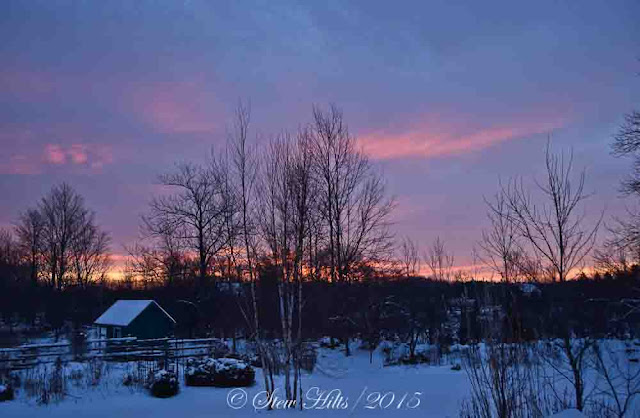 But in fact the morning sunrise faded away, and we never did see the sun. 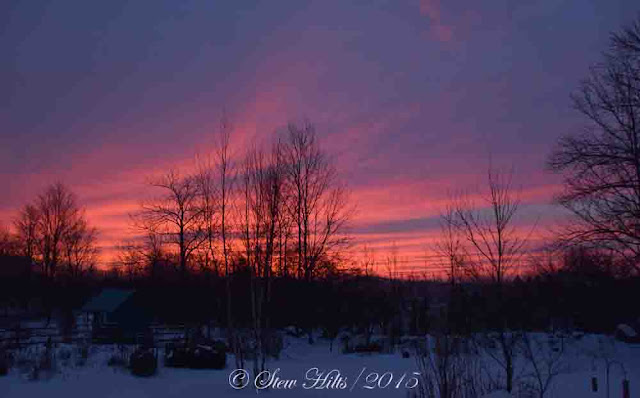 A few days later the very same thing happened.  This is the day when reports of a red sunrise covered southern Ontario. 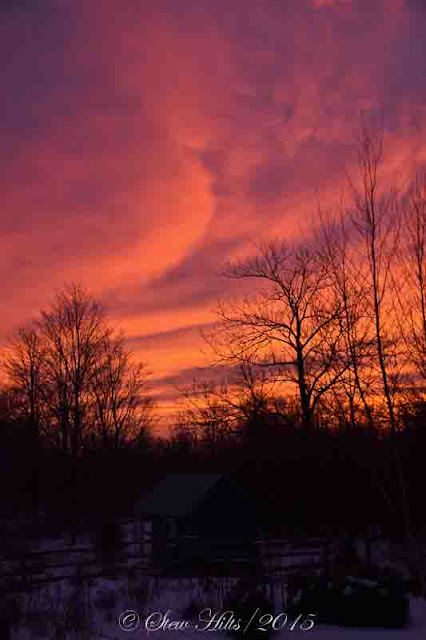 It kept soaring upwards for quite a while, til it seemed like it was covering at least half the sky. 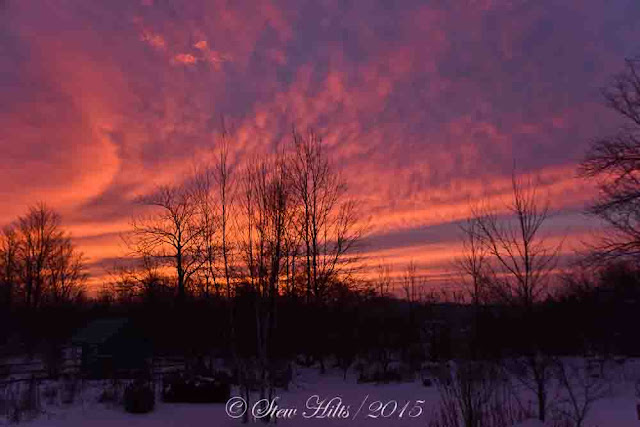 Far too big a sunrise to capture in my camera. 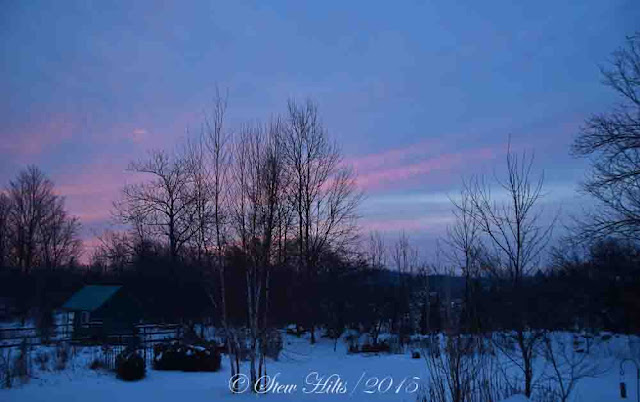 And then abruptly in a few seconds it faded away to blue as well, but it was nice while it lasted!

First ski!  Today I got out for my first cross-country ski, joining a small Bruce Trail group over at the Kolapore South trails.  The trails were quite easy, but a full two hours of skiing did me in!  I was out of breath after 10 minutes, and feeling pretty tired at the end.  But the forest was a winter wonderland with snow on all the branches and we had a nice visit over lunch in the popular Ravenna General Store.  I'll post some pictures soon.  That gave me two hours and 15 minutes for the day.

Several of you commented on all the hard work of shovelling snow that I must have to do, so I thought I'd better explain.  In fact I shovel virtually nothing.  All I have to do is clear around the back door and the garage door a little bit, and push a little snow off the front porch (but it has a roof, so the snow is rarely more than an inch or two deep).  I have a small snowblower that lives outside for the back deck, and all I have to do otherwise is drive around on my big snowblower.  You may not have seen this picture before.  It does take some time, and sometimes has to be done several days in a row, but to call it hard work would definitely be exagerating! 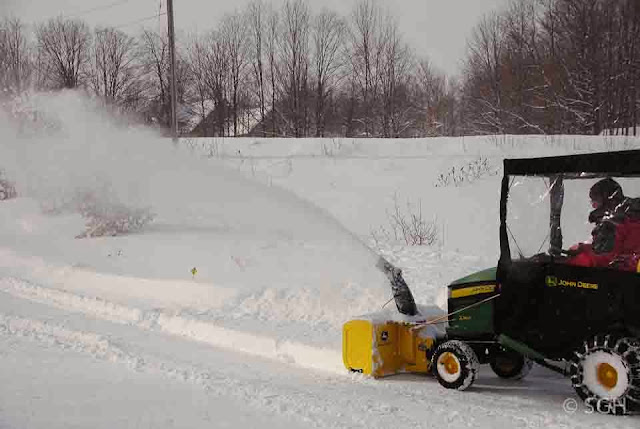