This weekend, we're going to take a look at the English Landscape Garden, a revolutionary change in style for gardens on large estates that happened during the 18th century, starting about 1730.  It was a direct reaction against the formality and control of the landscape that was evident in the French Renaissance Gardens like Versailles, and created a uniquely English style of gardening. 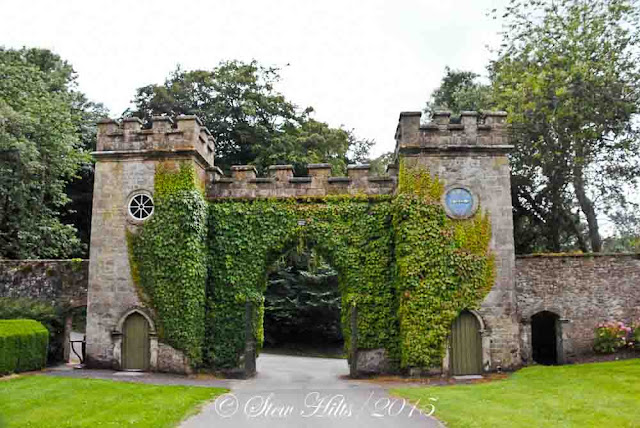 Let me give you the example of Stourhead, created by Henry Hoare, a banker, in the mid-18th century.  He built a unique self-contained landscape garden in a small valley beside his mansion.  This is the gate into the garden. 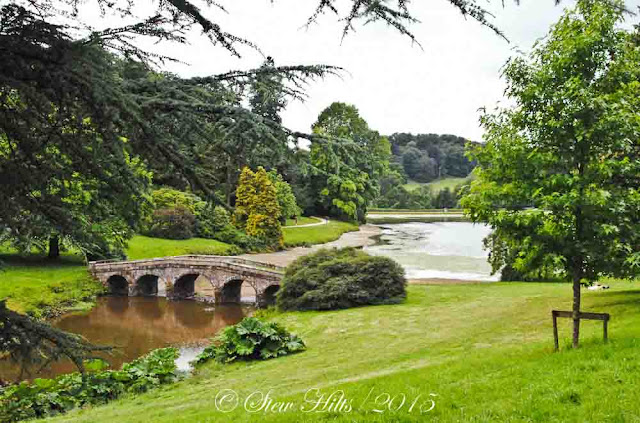 A short distance down the path, which circles this lake, you come upon this view over a totally unnecessary, but very picturesque bridge.  The lake itself was created by damming a tiny little stream through the valley. 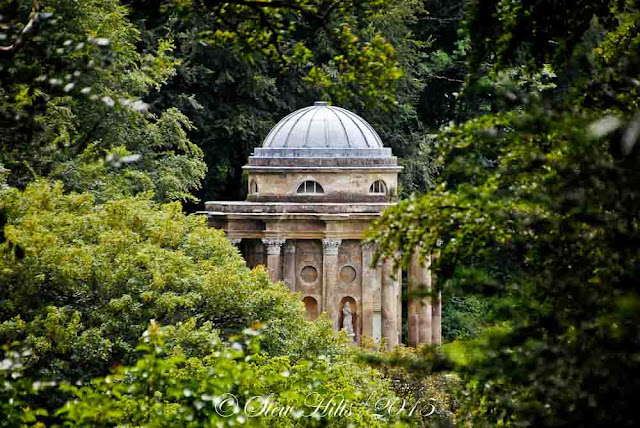 And around the valley, Hoare built a series of temples, all modelled after ancient Rome.  The rediscovery of ancient Roman writers like Virgil, and the image of the Roman countryside, directly motivated this style of gardening.  This is the Temple of Apollo. 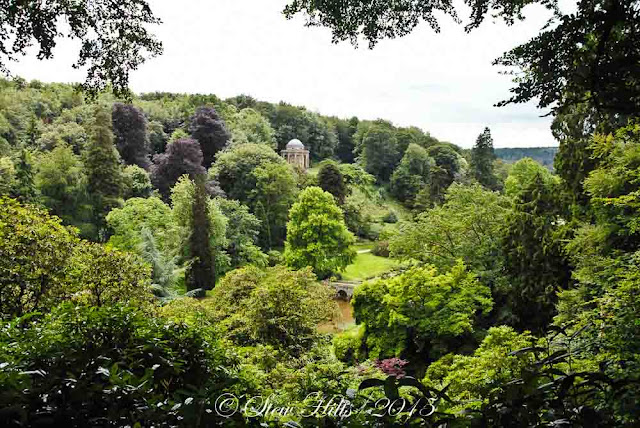 Not only did he decorate the valley with temples, but they were very strategically sited, to provide not only close-up views, but distant views from across the valley.  Notice both the Temple of Apollo and a corner of that bridge in this view. 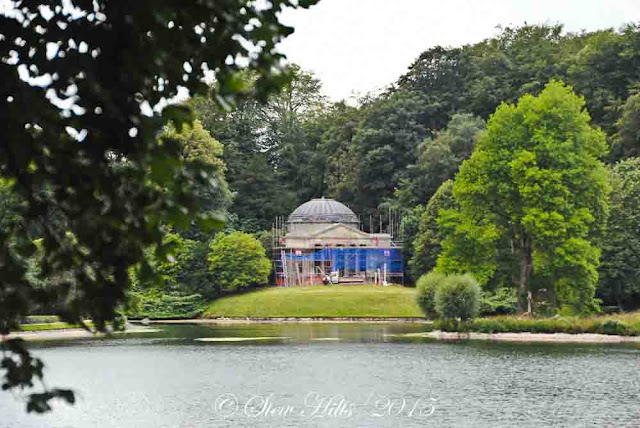 Further around the lake you get a view of the Pantheon, directly modelled after the original Pantheon in Rome.  It was under renovation when we were there.  The entire property is now managed by the British National Trust. 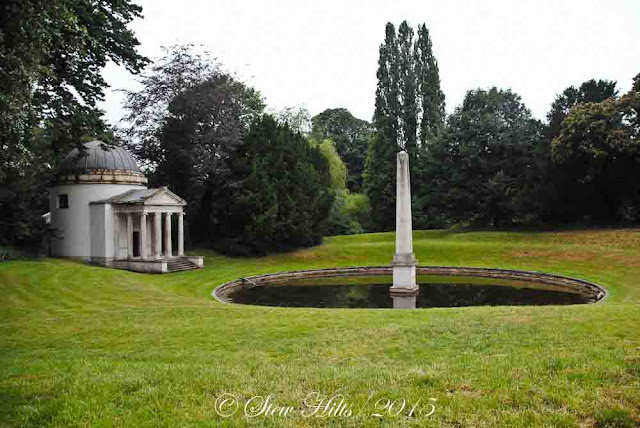 Without going into too much detail, here are a few features of other English landscape gardens.  This reflecting pool, obelisk and temple are at Chiswick House, right in London, built by the 3rd Earl of Burlington in the early 1700's. 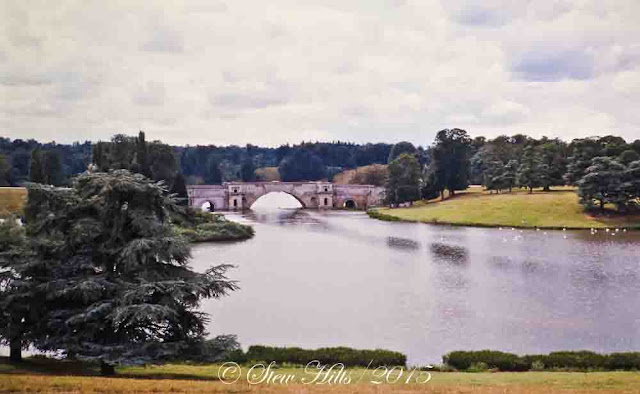 And this, said to be one of the most beautiful views in rural England, is the lake and bridge created at Blenheim Palace for the Duke of Marlborough by 'Capability' Brown.  The lake was created by damming a small stream, and the bridge, which was already there over the small stream, was partly flooded (and is much bigger than necessary)! 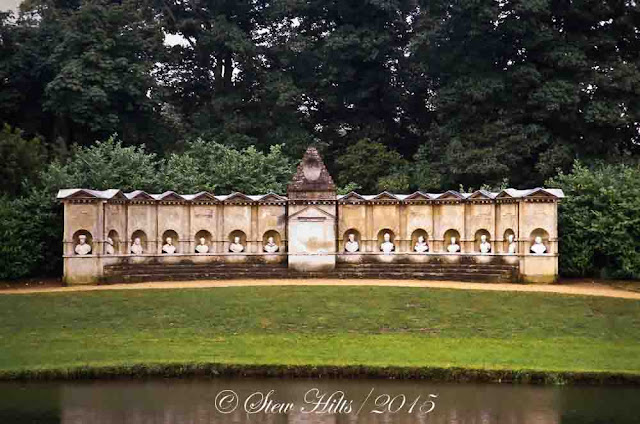 One of the most unique monuments in English landscape gardens is the Temple of British Worthies, at Stowe.  It contains busts of 16 great British figures (there is one on each end) to about 1700, including one woman, Queen Elizabeth I.  But there is hidden politics behind this one, because the 'worthies' were mostly selected by Richard Cobham, the landowner, for their Whig (Liberal) political positions.  An interesting article in the Guardian, entitled 'Temple of Unworthies', discusses this hidden politics! 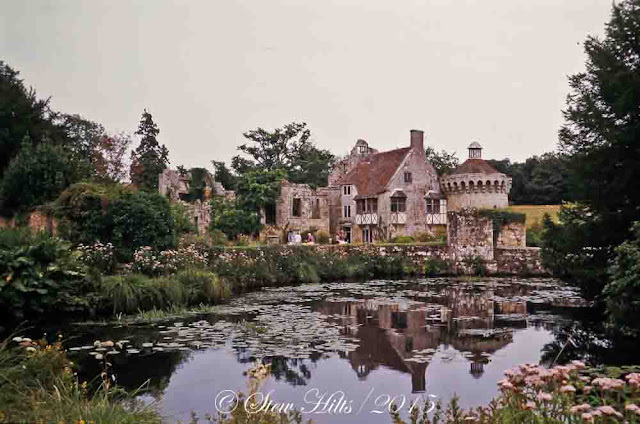 One of the most intriguing landscape features in a garden is this old castle, the 'Old Scotney Castle'.  When the family built a new castle up the hill, they stabilized and retained this one as an actual ruin in their garden.  The pond is part of the ancient moat.  (In other places, ruins or 'follies' were created from scratch). 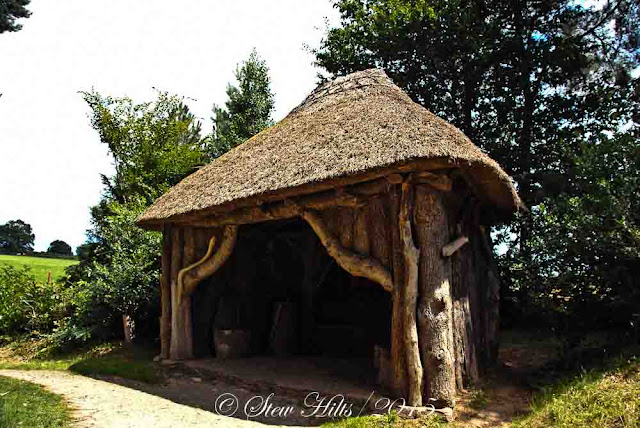 And one of the most off-the-wall garden buildings, the Witch's House at Hestercombe.  As you can see, the English Landscape Gardens are not at all about flowers!  In fact, any gardens with flowers were wiped out and destroyed in order to build these types of gardens.  Later, of course, there was a reaction against this style, and flowers started creeping back into English gardens in the early 19th century.  But that's another story for later.

An awesome xc ski today at the Sauble Falls trails, on a sunny day with fresh snow over all the trees.  I'll share some pictures next week.