The Gardens at Versailles

If the Boboli Gardens in Florence were the start of the great formal Renaissance gardens, the gardens at Versailles were the culmination of nearly two centuries of making gardens bigger and better.  Versailles is so big it is simply overwhelming. 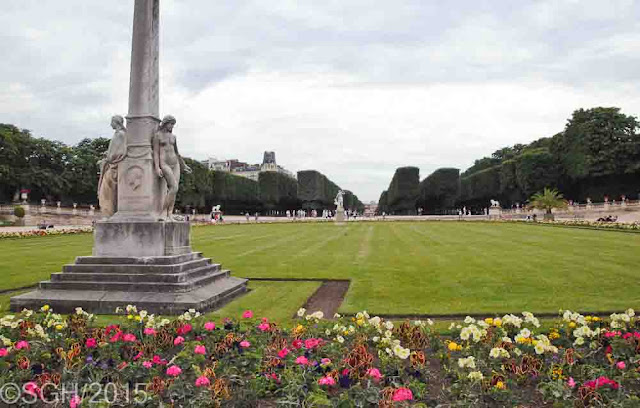 If you wonder how the ideas of the Renaissance Garden in Italy reached France, it was the influence of the Medici family again.  Sisters of various Medici Dukes married kings of France.  Catherine created the Jardins du Tuilleries about 1564 (where the guillotine later stood) and Marie de Medici created this garden at the Palace du Luxembourg after 1612, deliberately copying the Boboli Gardens and Pitti Palace, which were of course her childhood home. 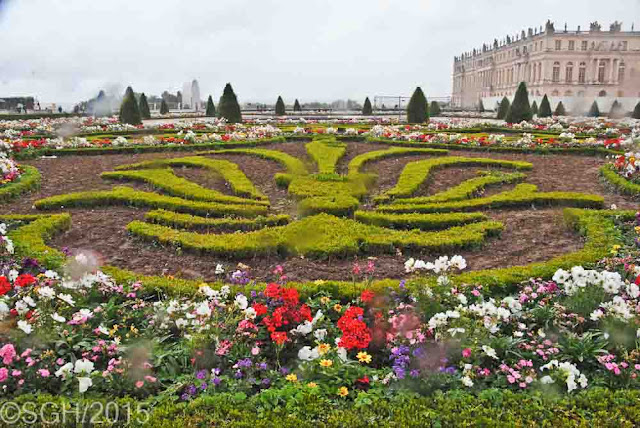 By the time Louis XIV turned 18, (he came to the throne in 1654 at age 11), there were many great formal gardens around France.  With the absolute authority of the monarchy, he decided that he needed to have the biggest and the best!  These are some of the parterres immediately outside the palace. 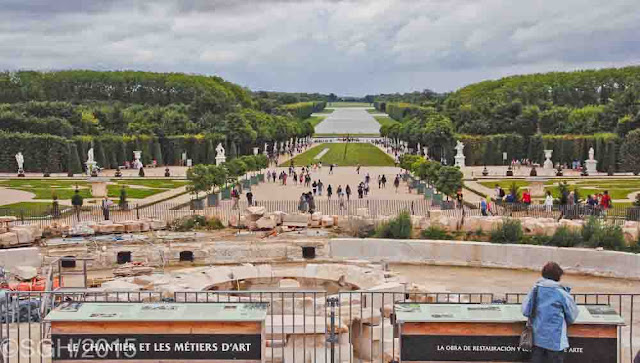 If you come through the palace and look straight ahead, this is your view.  The entire garden was built so the the sun would set at the end of this vista.  Unfortunately the huge fountain immediately in front of us was under renovation when we were there, but the scale of this garden is just amazing! 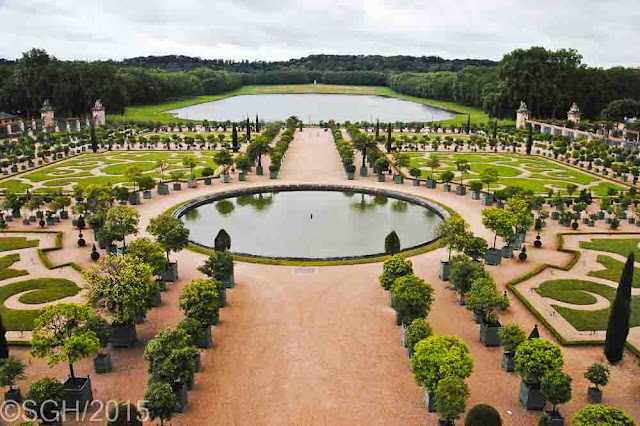 If you turn to the left, this is the view, down over the Orangery (yes, many of those are Orange trees), facing south.  Look carefully and you will see that all of those trees are in boxes, boxes now known as Versailles Boxes, and are taken inside the Orangery building over the winter.

And if you turn to the right, there is another view down a wide formal walkway, with fountains in every direction.  This garden is above all about fountains - though there are some flowers in the parterres close to the palace. 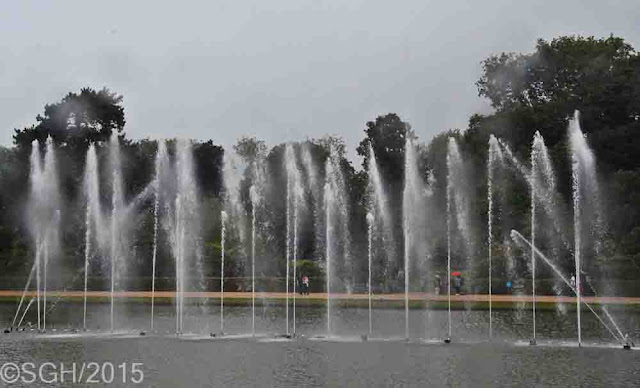 The fountains are magnificent, plentiful, and interesting.  I wish I had a video of these.  On select days some fountains play to the sound of music, rising and falling, circling and fading, all in time to the music.  We stood here getting damp for about 15 minutes, and it was the most interesting performance I have ever seen in a garden!

Another view of yet another fountain.  But water supply is a major problem.  It is said that as the King made his promenade around the garden fountains would be turned on and off as he came within sight of them, as the limited water supply would not allow them all to be turned on at once.  Note also though, the people!  There were hundreds of people there, of all ages, even though we were there on a rainy dull day.  I have to give credit to the Frence, who obviously love to visit their gardens. 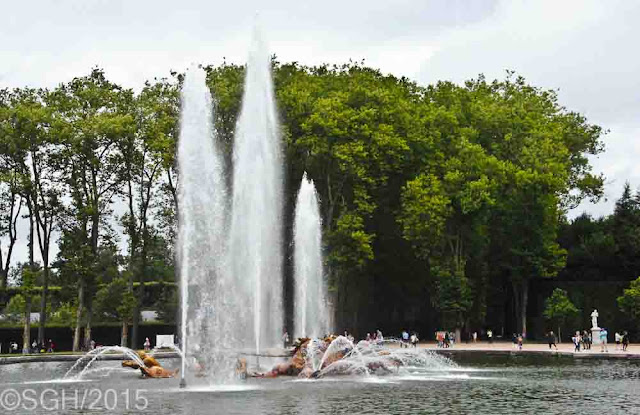 All the major fountains feature statues, from which the water erupts, and all of those statues relate to ancient Roman and Greek stories.  This is the Apollo Fountain. 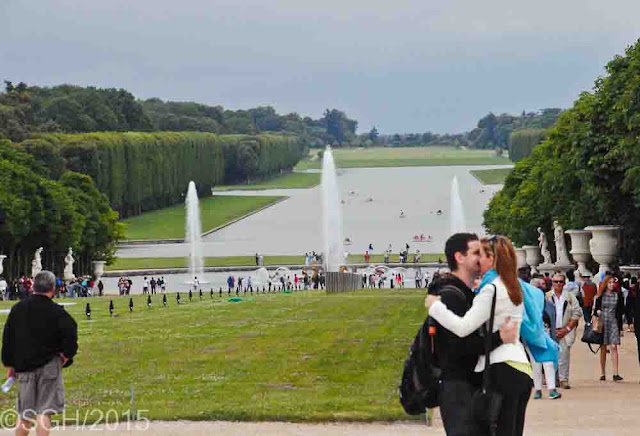 Versailles was a clear political demonstration of the absolute power of the French monarchy, and more generally of the need for man to dominate and control the natural world.  Miraculously, it survived the French Revolution, and remains today a fascinating place to visit.  We will leave these anonymous French lovers and all the other visitors, and move on next week to the English Landscape Gardens.

Fabulous winter day here for a change, cold at -15°C, but bright and sunny.  Got in another ski at the Glenelg Nordic trails, and conditions could not have been better - for either skiing or photography.