We Saw the Perseid Meteor Shower!

One of the biggest astronomical events of the summer season is the Perseid Meteor Shower.  We've never really seen it, so last night we sat out on the deck under a brilliant clear sky for an hour and watched for meteors.  We saw a lot, and I actually captured a couple of photos! 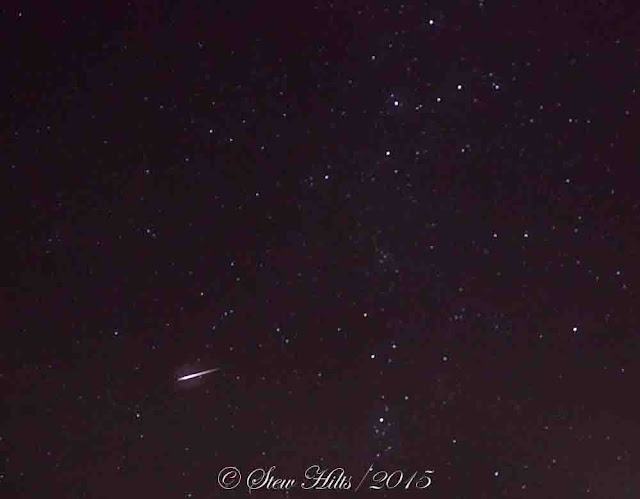 For all of these photos I had the camera set at a very high ISO, 6400, and used a 30 second exposure (on a tripod of course).  Did I tell you I have a new camera, and bought a remote, so I can set it up and just sit in a chair to control the shutter.  Works neat! 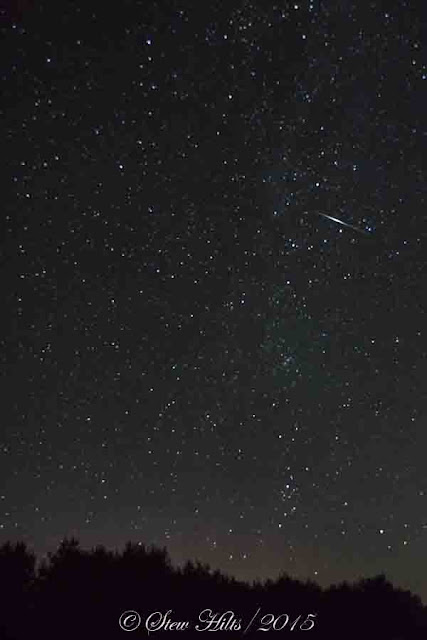 Another meteor.  We actually saw 20 or 30, of which perhaps 5 or 6 were really bright, with long trails.  But the camera only captures a small piece of the sky, here looking northeast toward the constellation Casiopeia,  the 'Big W', so I missed most of them with the camera. 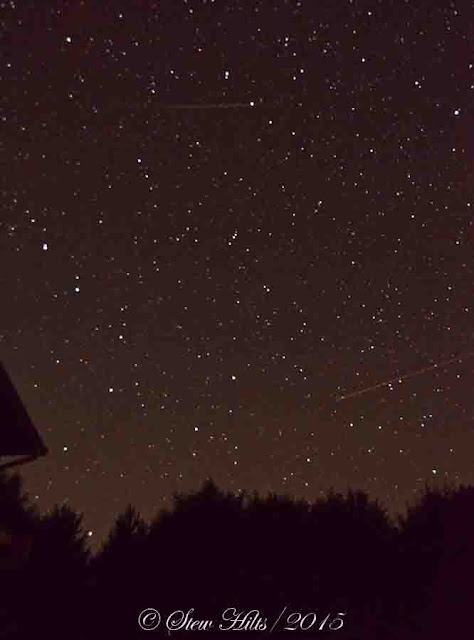 Here's another photo from the night before when I was practicing.  I didn't see either of these very faint trails until I looked at this on the computer, but you can see one on the right, and one near the top.  The right hand one may be just a plane trail. 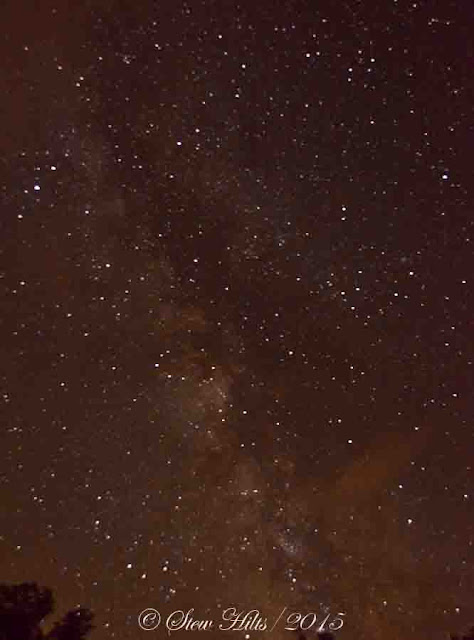 I was also practicing taking photos of the Milky Way, and was really pleased with the results. 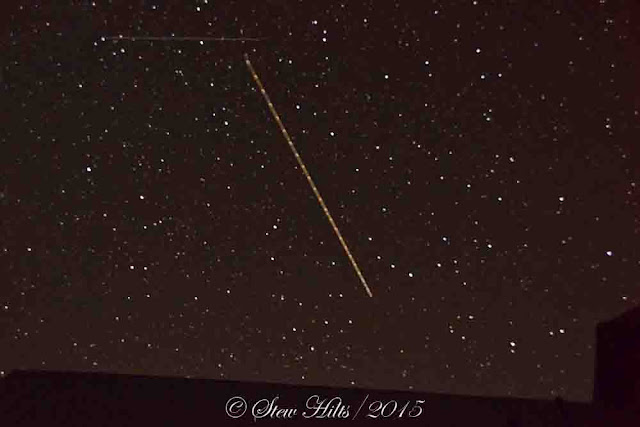 This is an obvious plane track, with the beeping light, but the faint horizontal one above it is a meteor.  I got lots of plane tracks.  For my first real try at night sky photos, I'm happy, and I think I'm going to be trying this a lot more!