Well I think that's enough of the garden for now.  For the next little while you can join me on some of my expeditions around here.  By the way you may have noticed we were absent for a few days - away doing grandparent duty while our new grand-daughter was born.  Mom and baby are doing well, and we're back at home. 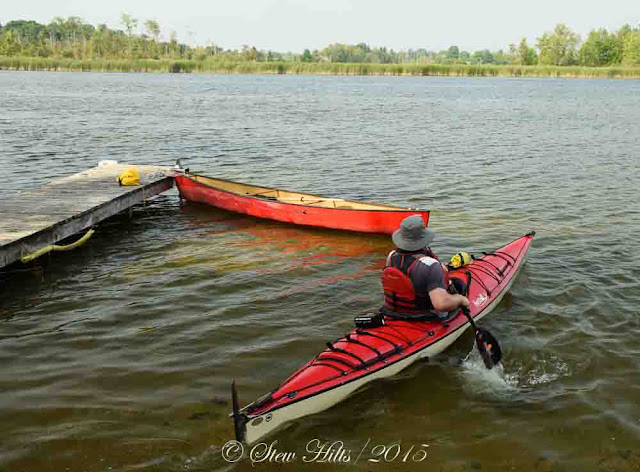 About a week ago my paddling buddy and I paddled around the marsh in the south end of Lake Eugenia.  If you know the area, that's the part south of the causeway.  My buddy brought his kayak, while I had my single canoe, which you paddle like a kayak.  I hadn't been out in it this year yet, what with all that's gone on in our lives. 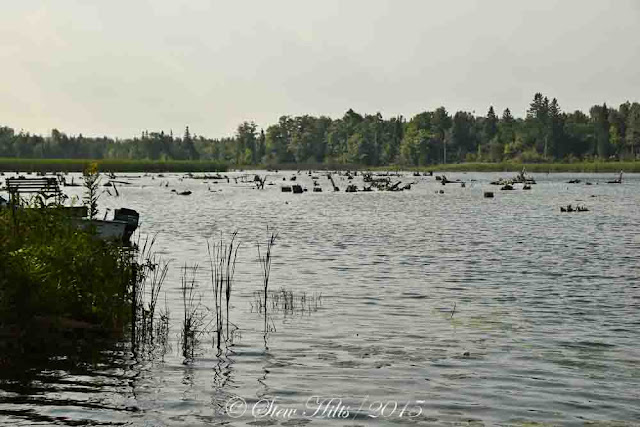 I thought this area was mostly flooded stumps in the middle, with marsh around the edge, but expected a short paddle exploring the bulrushes.  We headed out past the 100 year old stumps. 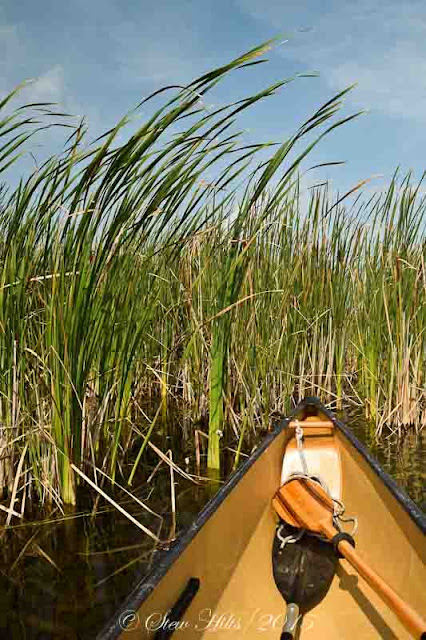 As soon as I could I was nosing into the bulrushes to see what I could see, and get some pictures. 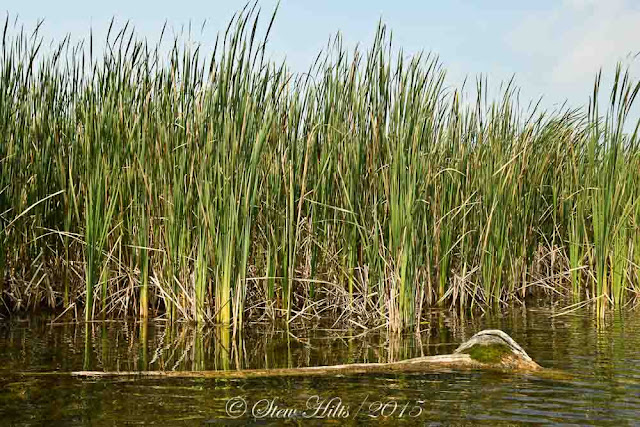 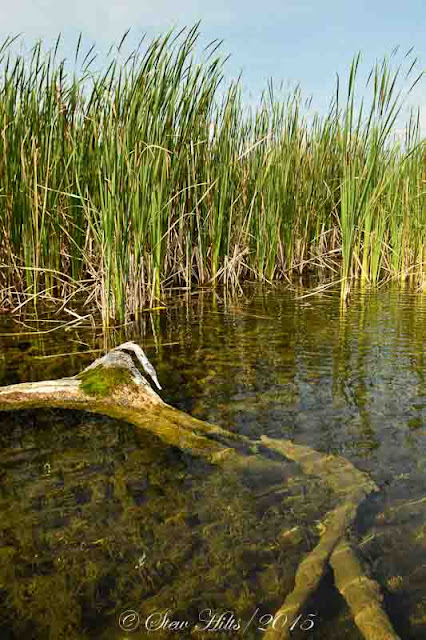 The water was remarkably clear! 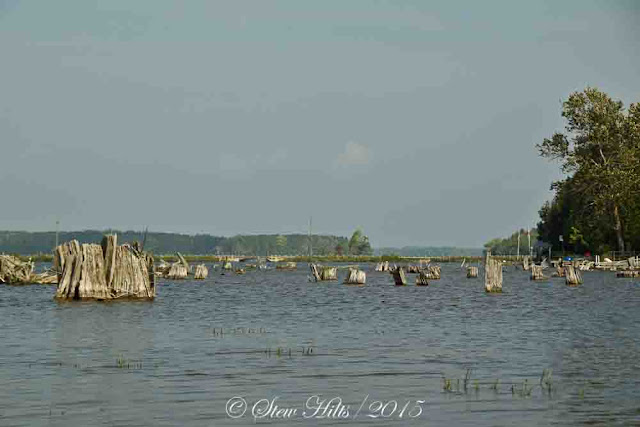 We paddled past the stumps pretty quickly, and headed southeast searching for the spot where the Beaver River flowed into the lake, which I thought might add a little interest to our paddle.  This picture is looking north toward the main lake, and you can see the causeway that cuts off this end, with the bridge where the old river flows through. 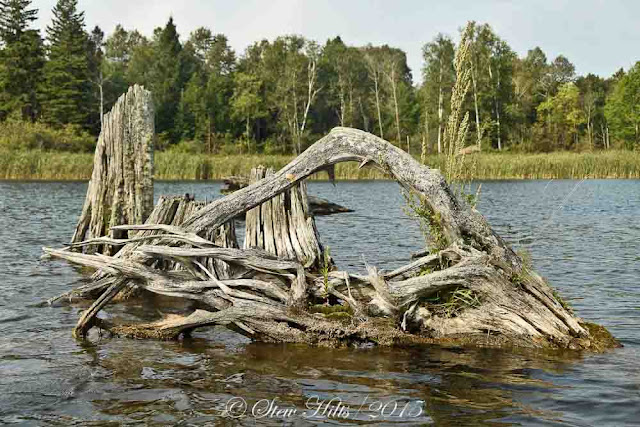 I could easily have taken a lot of stump pictures! 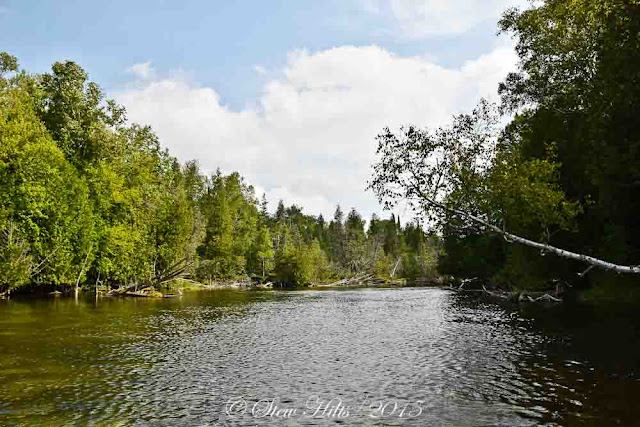 And then we found the river.  Once you got beyond the part where the lake had flooded to, we found we could go up the river quite a distance.  What was a paddle past the bulrushes became an exploration of the creek, which got more and more interesting as we paddled upstream. 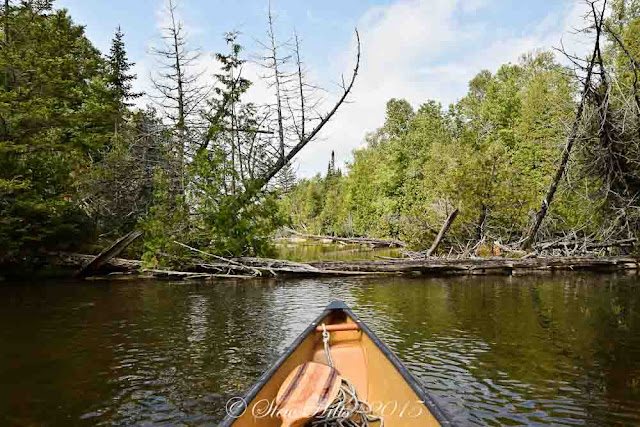 You might think we were blocked at this point, but we wiggled around through the cedars and fallen logs on the left here. 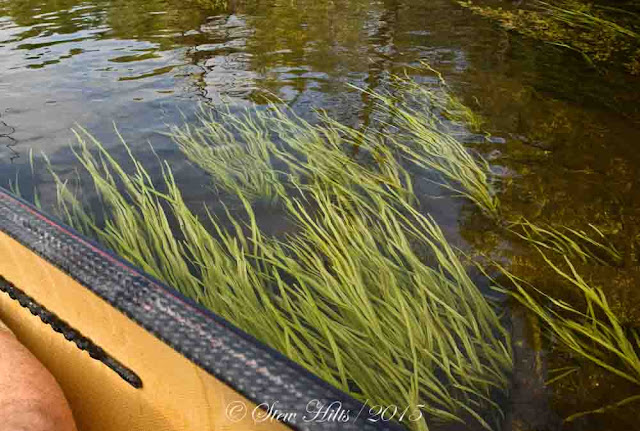 What I enjoyed most about this part of the paddle was the reeds bending downstream in the current, and I took a bunch of pictures. 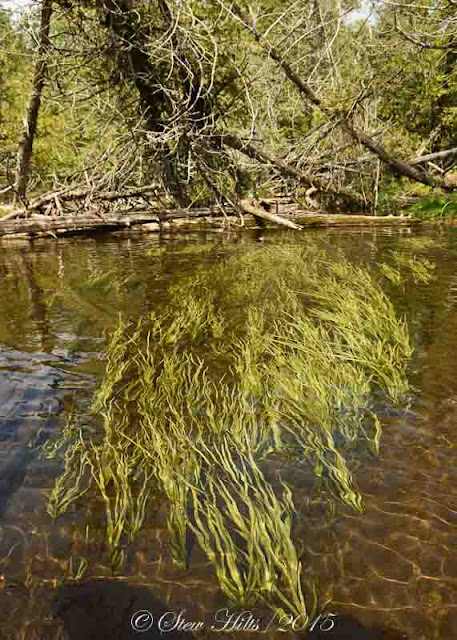 What I thought was going to be a short and simple paddle around the edge of the marsh had turned into an interesting exploration of the creek.  And this is only part 1; more to come the next couple of days.

Lake Eugenia is a man-made lake flooded by a dam to help generate electricity, way back in 1915.  The main part of the lake is much larger and more open than the area we paddled here, at the very upstream end.