A year or two before retiring, we boldy bought a small camper trailer.  We had ambitious dreams of retracing the big camping trips we took across the country with the kids 25 years ago!  Alas, it was not to be.  We took it south to the Great Smokies two years ago, and soon discovered that we were simply not comfortable driving and towing a trailer for long trips. 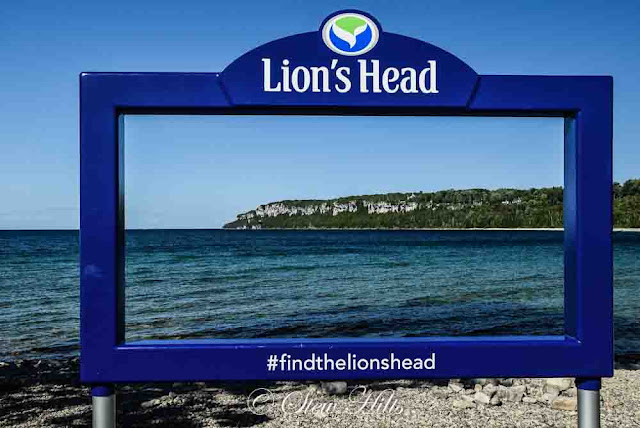 We've wondered what to do with it since, and decided rather than just selling it, to try parking it for the season at a campground up the Bruce Peninsuola, less than a two hour drive away.  We took it up last week and after we got set up we headed out to start exploring.  Lion's Head was the first place we visited; I liked this giant picture frame on the beach! 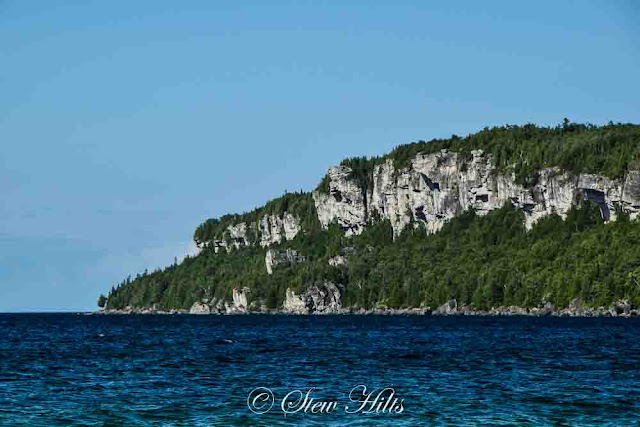 I've never been able to convince myself that this cliff really looked like a 'lion's head', but then I read a sign downtown that suggested the piece of rock that created the look-a-like profile fell off years ago.  Now I don't feel so bad. 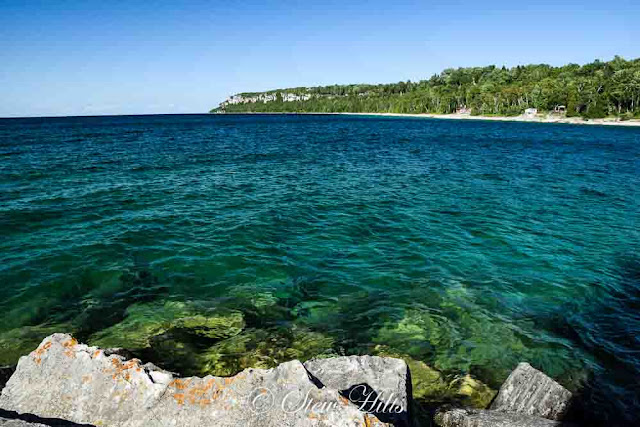 In any case it's a beautiful view out there, and the colour of the water on Georgian Bay always amazes me.  Some day I intend to hike out to those cliffs, though I know it's a long walk. 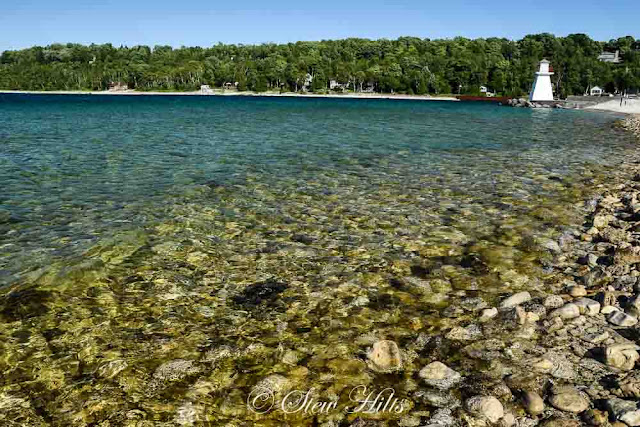 Equally scenic is the lighthouse and small harbour right in the village.   It's not just the colour of the water that amazes, but how clear it is. 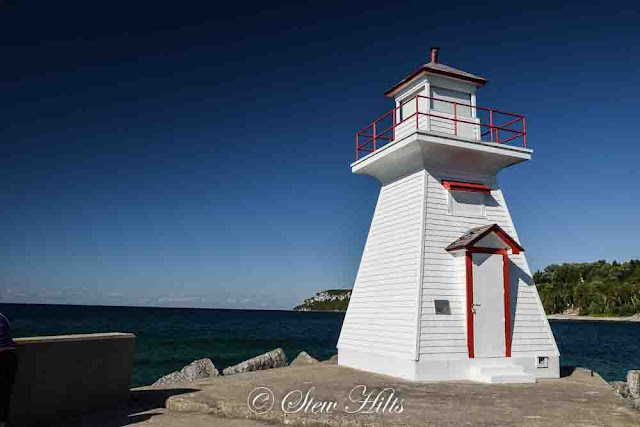 This is the small Lion's Head lighthouse, marking the north side of the harbour entrance, now just a light on top, all automatic. 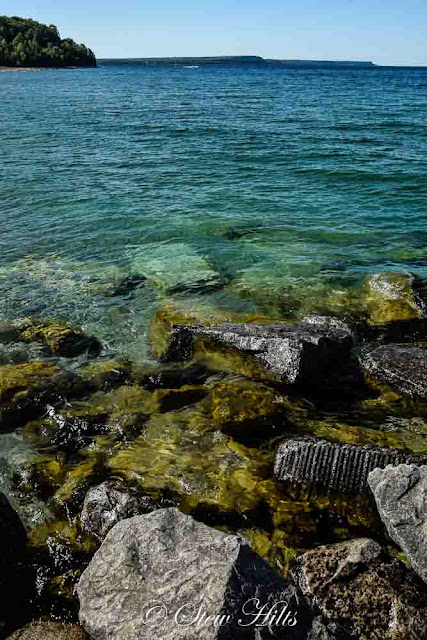 I suspect that I'll be taking a lot of pictures of the shoreline up and down the Bruce Peninsula, with its rocks, blue water, and distant views. 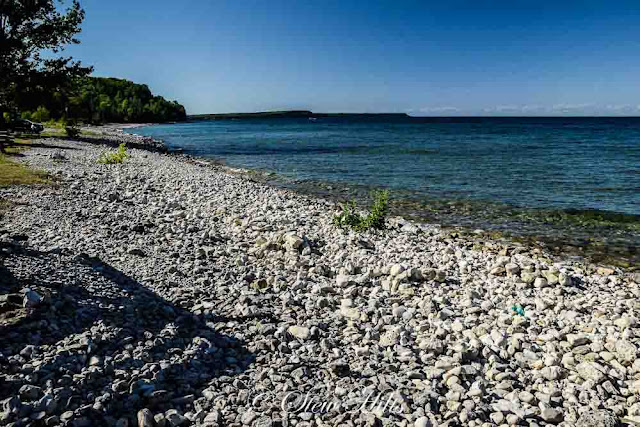 Those are the cliffs of Cape Chin in the distance, looking north from Lion's Head.  More about our decision, the campground, and the peninsula in the next few days.