August Flowers in the Meadow

Besides the garden flowers, there are wildflowers that bloom in our meadow, since we don't cut the grass and weeds, we just mow some trails.  At this time of year it looks bright yellow with Goldenrod, the most common wildflower of August. 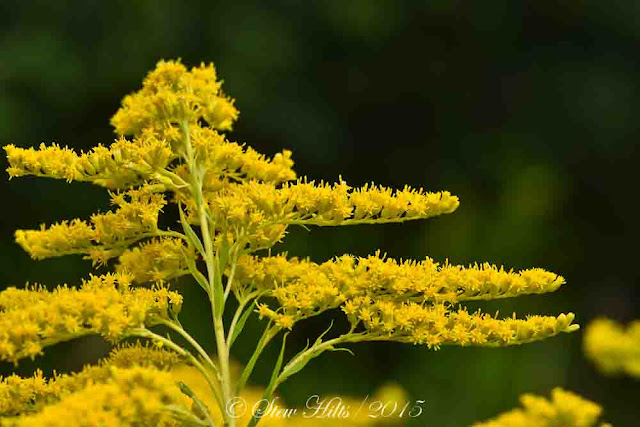 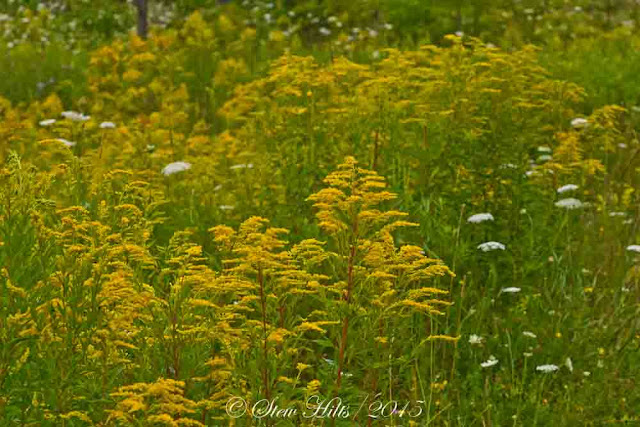 There are actually several different species of Goldenrod, but looking across the meadow it just looks yellow!  Still lots of Queen Anne's Lace around too. 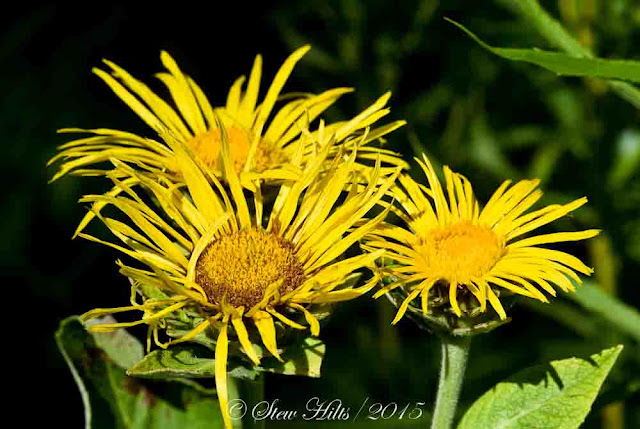 These are the bright yellow blooms of the tall Elecampane, the wildflower with the largest leaf I know of, about 6-8" wide, and 18" long.  We just have a small patch of these where it tends to remain wetter in the spring. 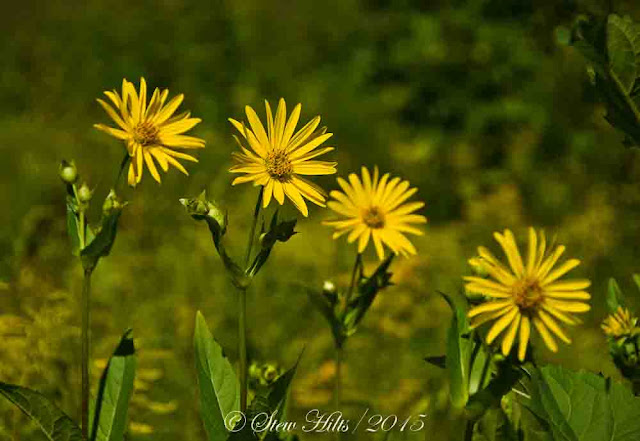 And for the first year our Cup Plant has bloomed.  Nearly 6 feet tall, it's out in the meadow, even though I did plant it there among the Goldenrod. 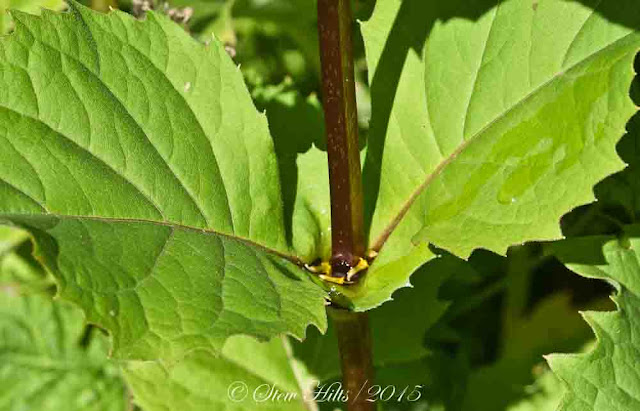 It's known as Cup Plant because the large opposite leaves join across the stem, forming a small cup that holds water. 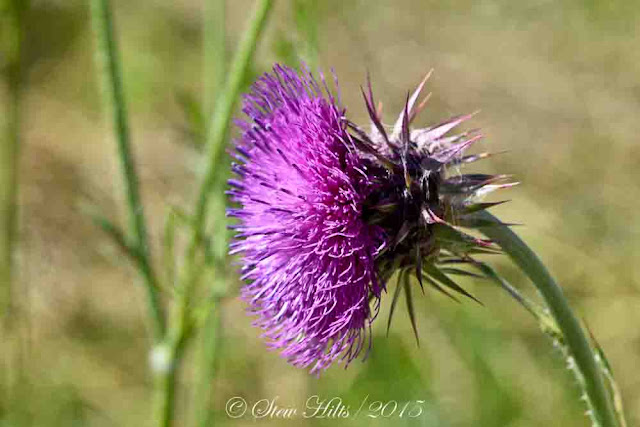 I also found a Nodding Thistle, a species I haven't seen around here before, and easy to tell among the thistles because it has a single flower that 'nods'. 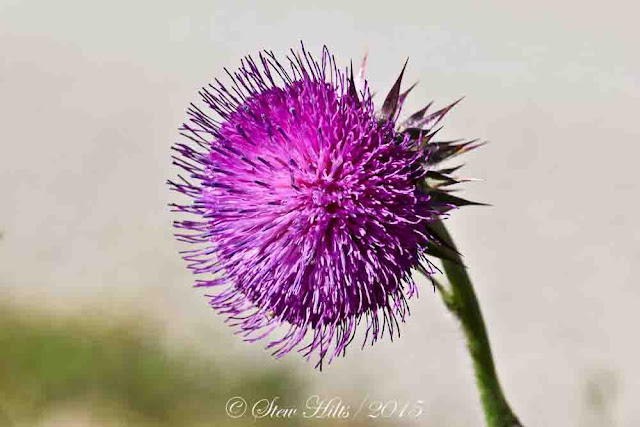 A lot of thistles are really beautiful if you look at the flowers closely, instead of the spiky leaves! 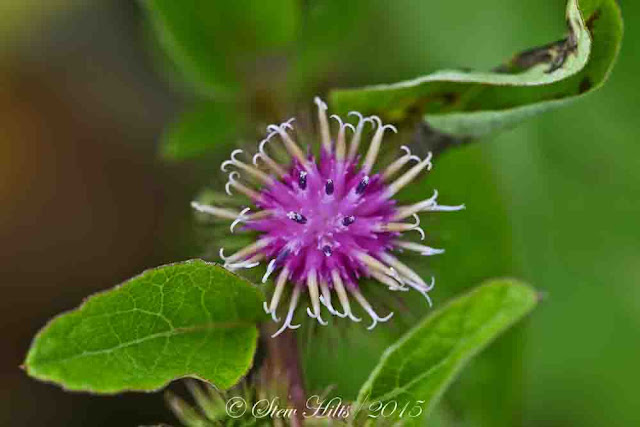 This is one I don't want in the meadow, the Burdock, but I haven't eradicated it all yet.  Even though the small flower is quite pretty, the burs it generates are terrible for the dog. 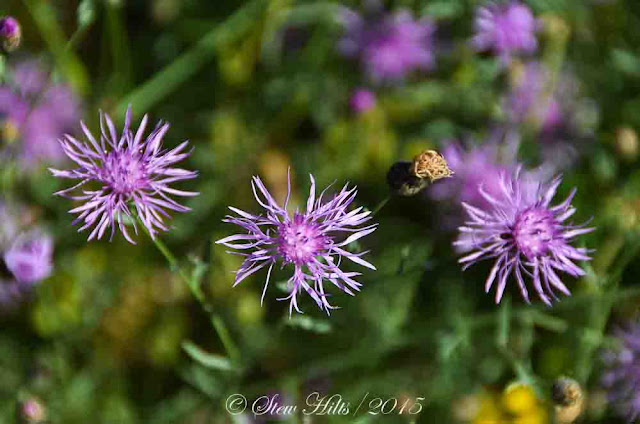 And this is another I don't really like, even though the blooms are pretty.  It's Spotted Knapweed, and has been described as 'the super villain of weeds'.  It is highly invasive, and can take over pastures in particular.  It's a rough, tough plant, which is hard to walk through as well.  But it's certainly spreading around here.