The other place we went to on our first trip up the peninsula last week was Tobermory, the small town at the north end of the peninsula that captures traffic heading for the ferry to Manitoulin.  It's a town that suffers from a cycle of traffic congestion as the ferry docks and sails, but has a busy, beautiful little harbour. 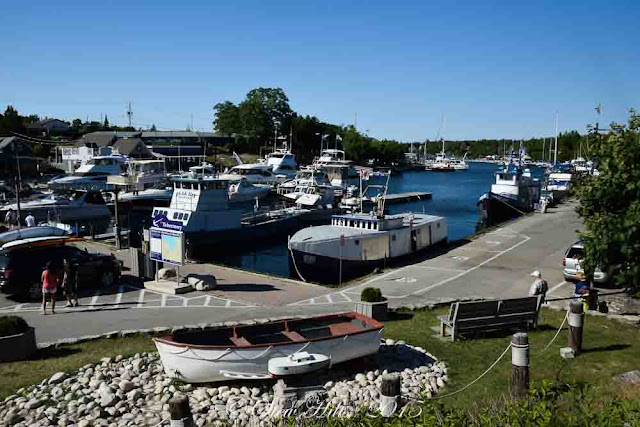 There are two narrow bays in Tobermory, known as the Big Tub and the Little Tub; the latter is the popular harbour.  It was full of boats when we were there, on a beautiful sunny afternoon. 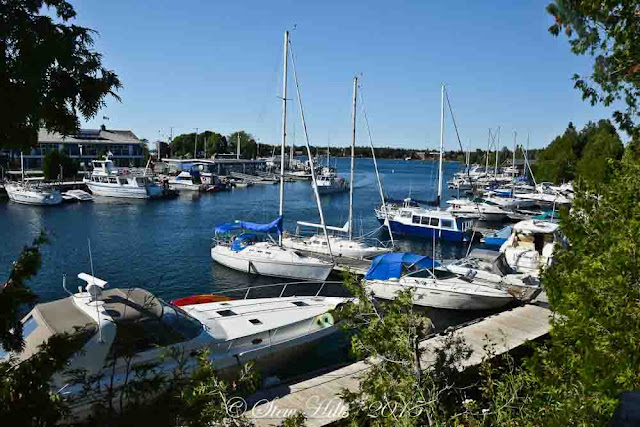 There's a nice walk along the south shore of the 'tub', where you can look down on the yachts moored along the docks, in the gaps between the trees. 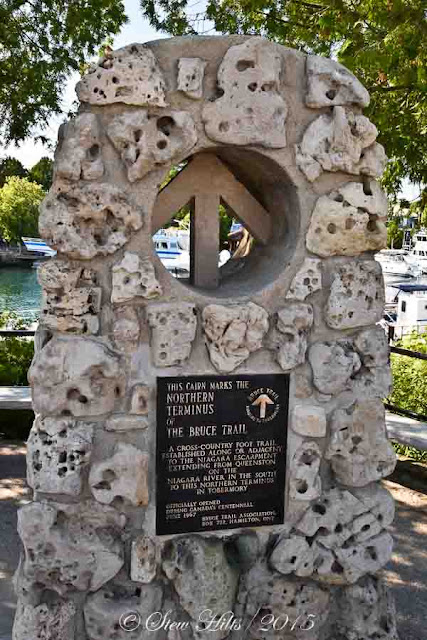 A short distance along the walk is also the cairn marking the northern end of the Bruce Trail, erected in 1967. 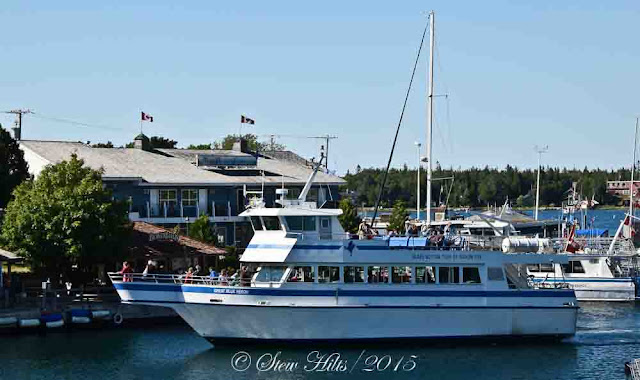 There are lots of boat tours available out of Tobermory, with a high number of shipwrecks, some of which are visible from tour boats, as well as Flowerpot Island in the national park.  I think there will be lots to post about here! 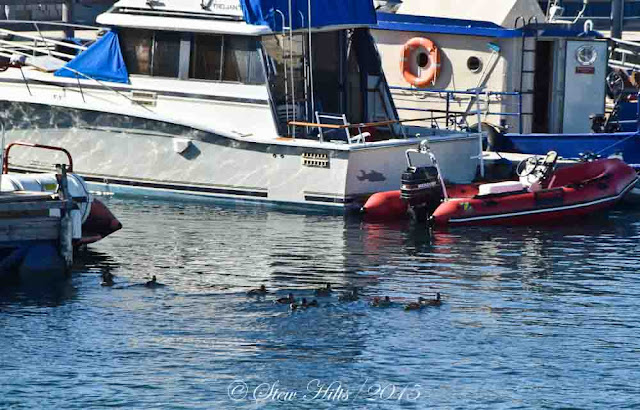 We even saw a family of Mergansers swimming among the boats. 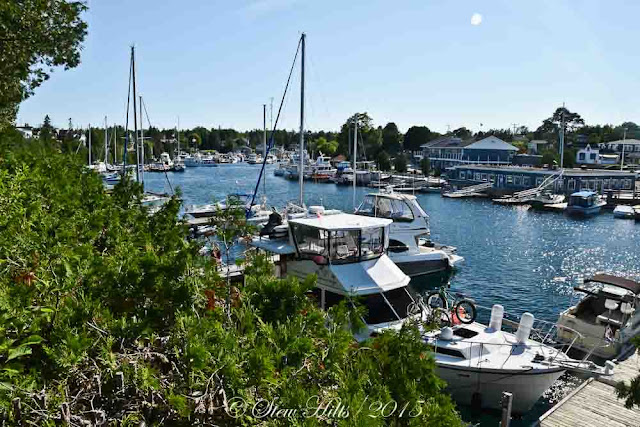 Eventually you can look back up the harbour at all the boats moored along both sides. 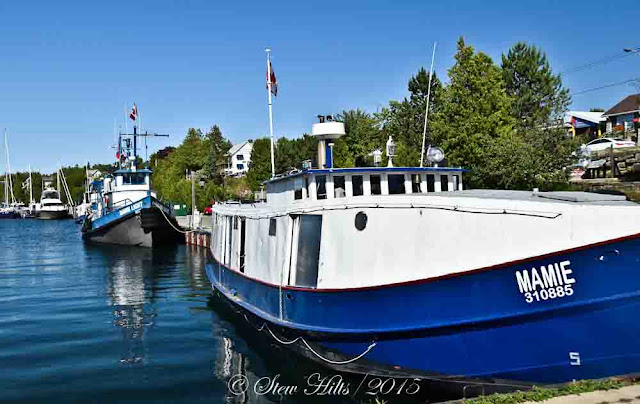 Personally, I like some of the old working boats like this fishing boat and the tug behind, more than the numerous modern yachts.  When I first visited Tobermory in the 1960's it was an old fisherman, Cap'n Smith, who took my mother, my aunt and I out to explore Flowerpot Island. 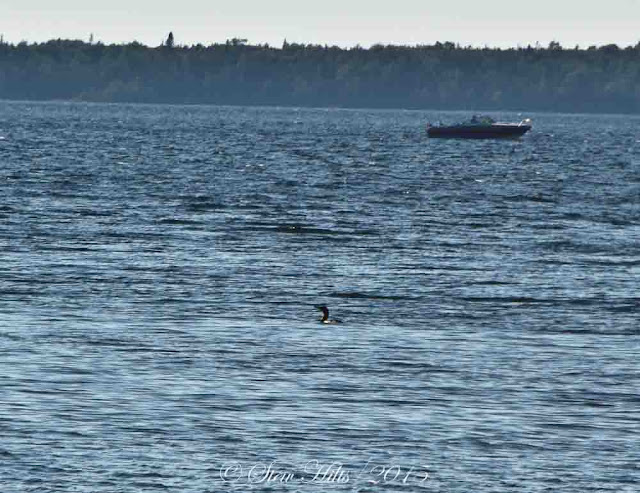 At the end of our walk we even saw a Loon swimming out of the harbour, a long distance out. 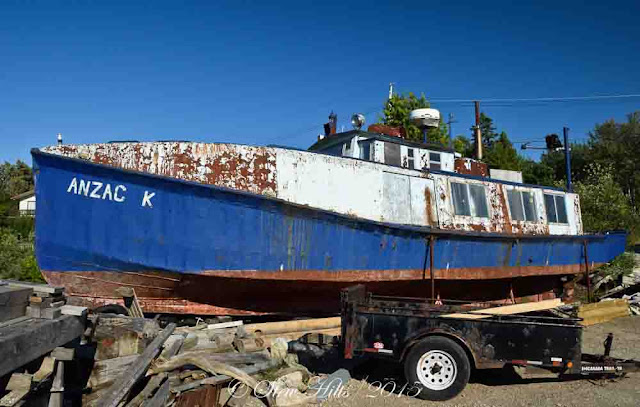 We ate dinner in a restaurant in what used to be an old fishing warehouse, and I was a little sad to see the old fishing tug the 'Anzac K' sitting unused and rusting up on the dock.  An enormous change has swept through Tobermory in the nearly 60 years I've been coming here.  And lots of opportunity to write some interesting blog posts.