Before we leave Blue Mountain, I'd like to share the view from the top.  Just at the top of the scenic caves road is a ski hill parking lot and a walkway that provides a great lookout over the bay, with Collingwood stretched out below you.  During the summer the walkway is used by bikers and hikers, providing a route for the Bruce Trail at this point. 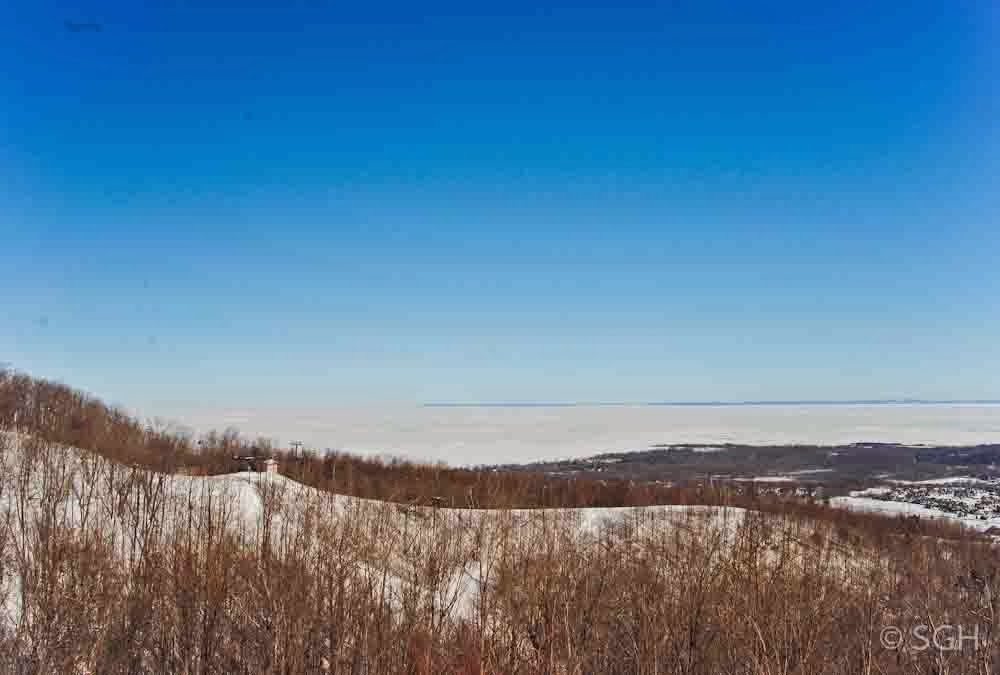 This view looks straight north past the ski hill (beyond the trees) out over Georgian Bay, totally frozen as far as the eye can see on this day.  In the distance you're seeing northern Simcoe County and Christian Island, about 20 miles away.  On the ridge in the foreground you can see the top of one of the ski lifts. 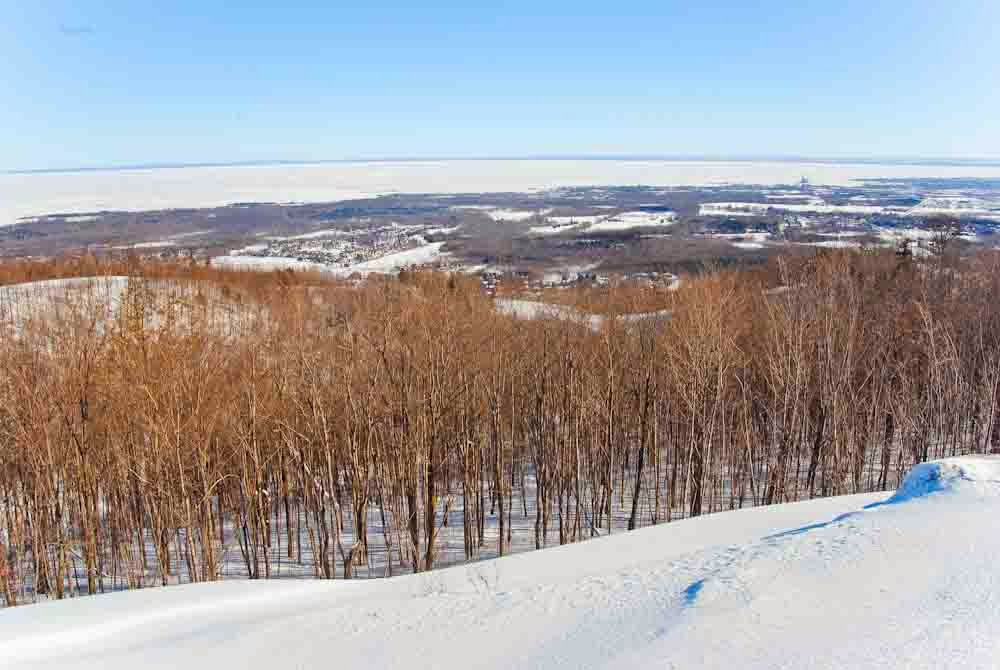 Looking to the right of that picture, north-east, is Collingwood, and Nottawasaga Bay.  You can see the old grain elevators in Collingwood, right at the old harbour, once a big ship-building centre, but now being converted to condos! 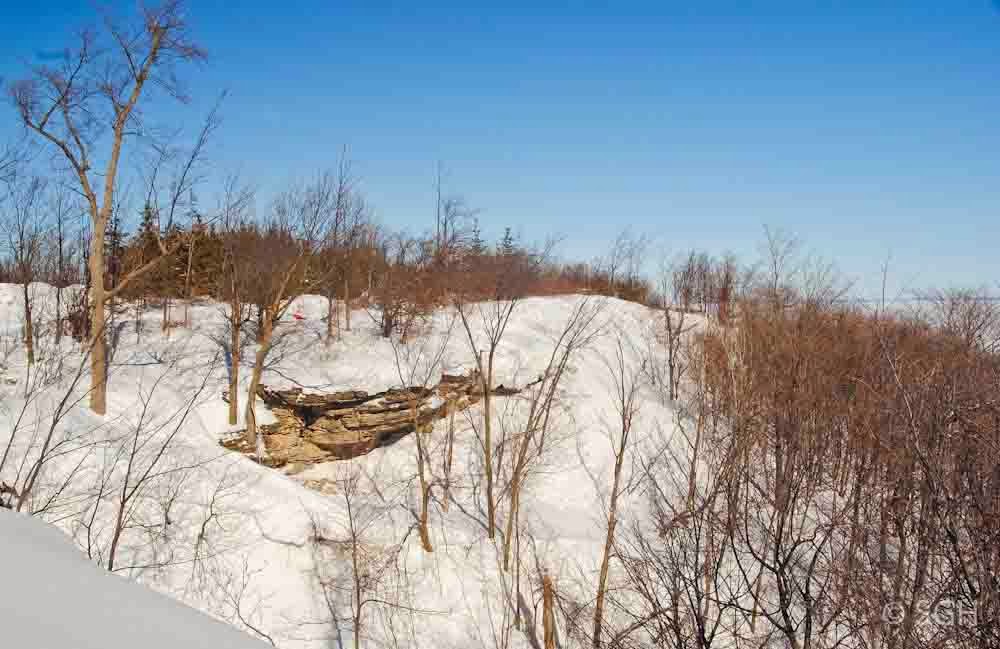 The top of the long ski slopes I posted pictures of Thursday is held in place so to speak, by a thin layer of dolostone called the Manitoulin Formation.  This isn't the huge rocky cliffs that many people associate with the Niagare Escarpment, but it's enough to form a hard erosion resistant 'caprock' at the top of those long slopes. 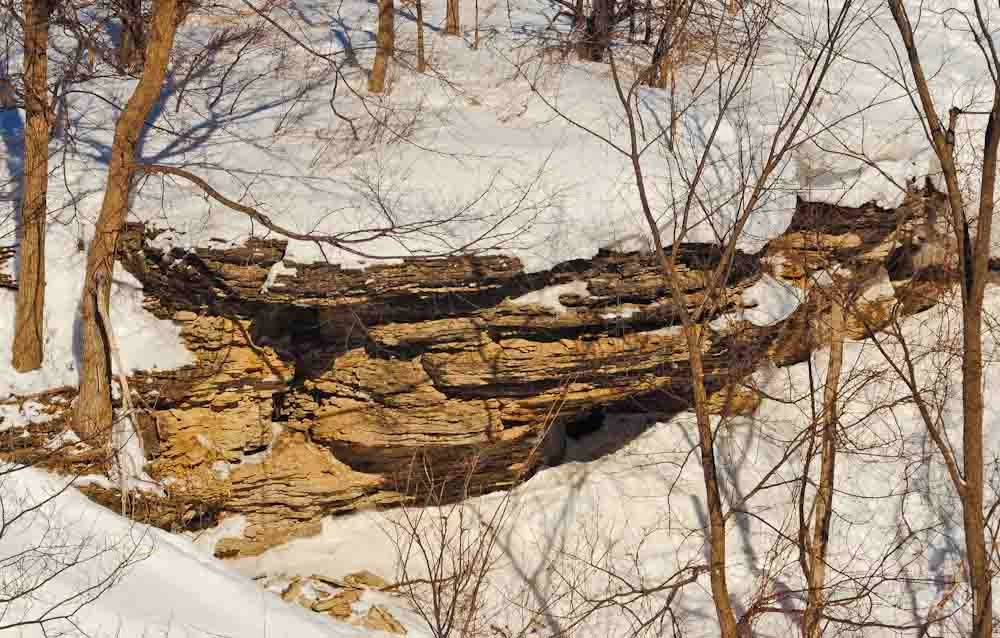 This closer look shows the very thin horizontal layers in the dolostone. The Manitoulin dolostone was formed as part of a vast delta laid down by erosion from the mountain range that was the precursor of the Appalachians.  The delta spread to the west over parts of New York, western Pennsylvania, Ohio, and southern Ontario. 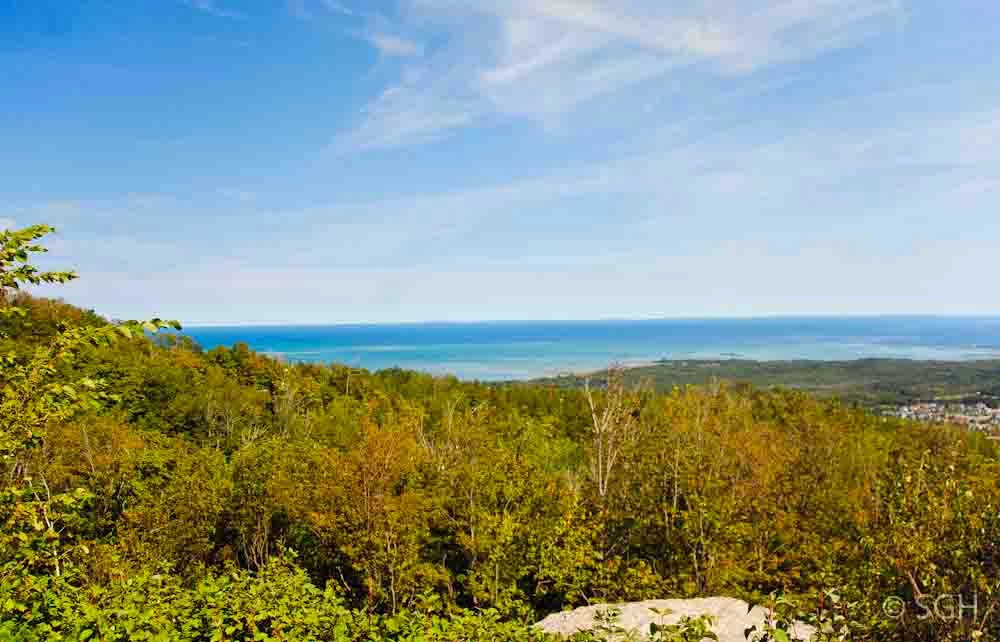 I'm always interested in seasonal comparisons, so compare these two pictures taken early last fall, to the first two pictures above.  I didn't plan it, but I got a pretty close match. 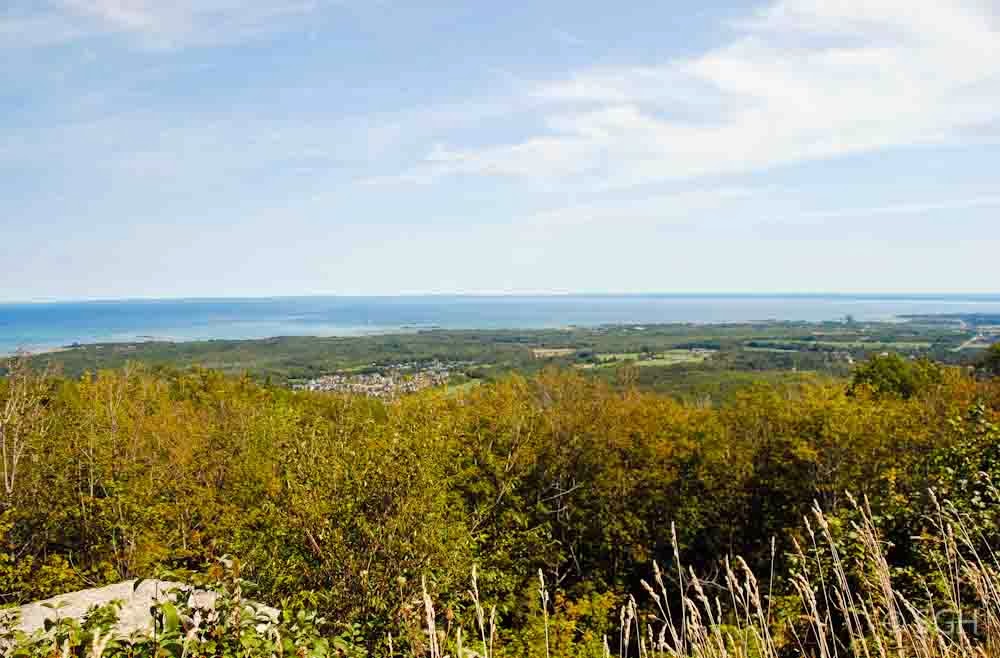