Getting Beyond the 'Auto' Setting

On my old film camera I used for many years you could only adjust three things - aperture (the amount of light coming in), shutter speed (how quickly the shutter opens and closes), and ISO (the sensitivity of the film).  That last adjustment could only be made by buying different film, so it didn't get made very often! 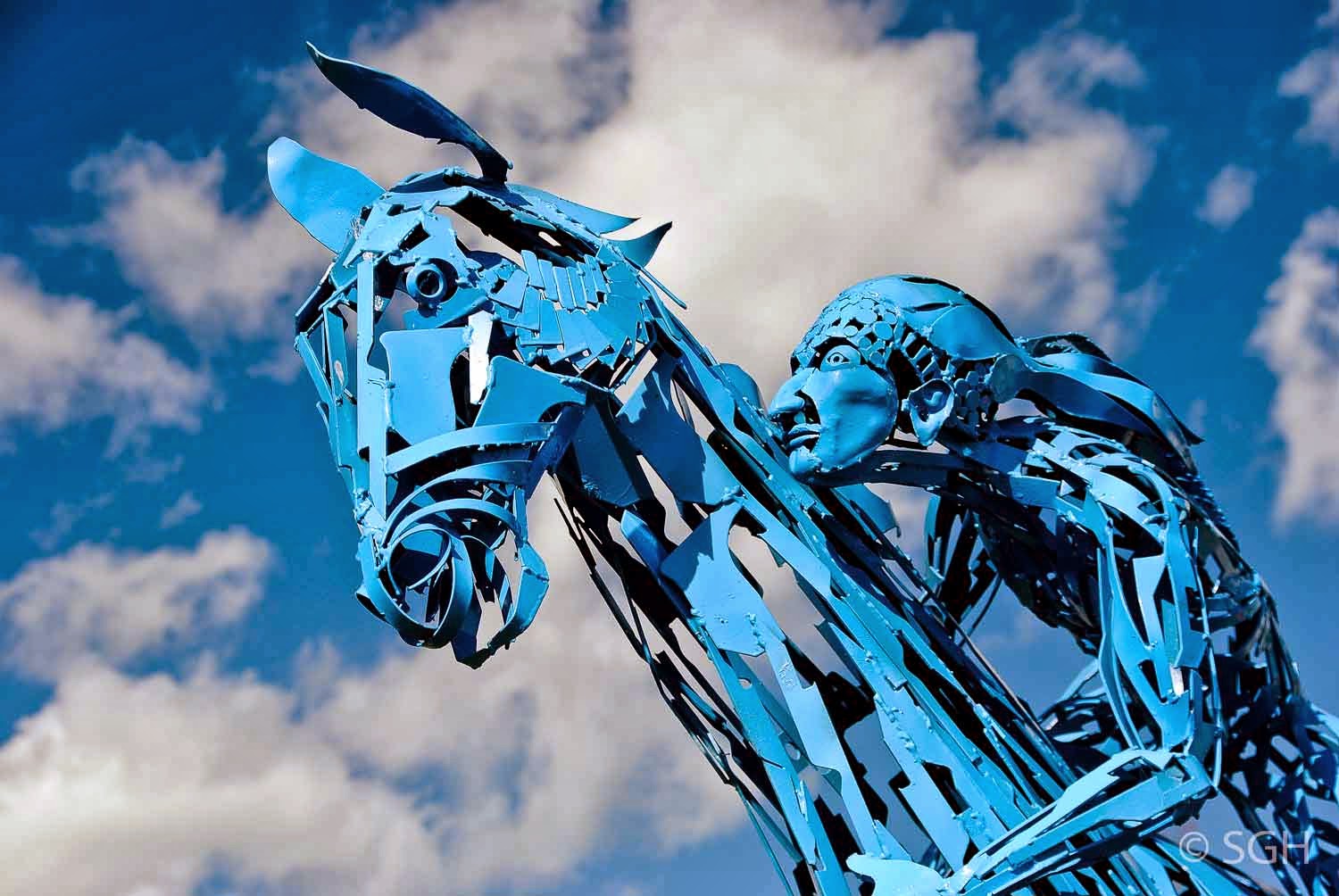 In comparison, I'm told you can adjust 64 things on a typical digital camera, simultaneously!  My mind simply can't cope with that many possibilities.  But when my wife chose to go to Haliburton School of the Arts for a week for a quilting workshop, I signed up for a travel writing and photography workshop.  One of the best things I've ever done!  This post is illustrated with photos taken during our week there. 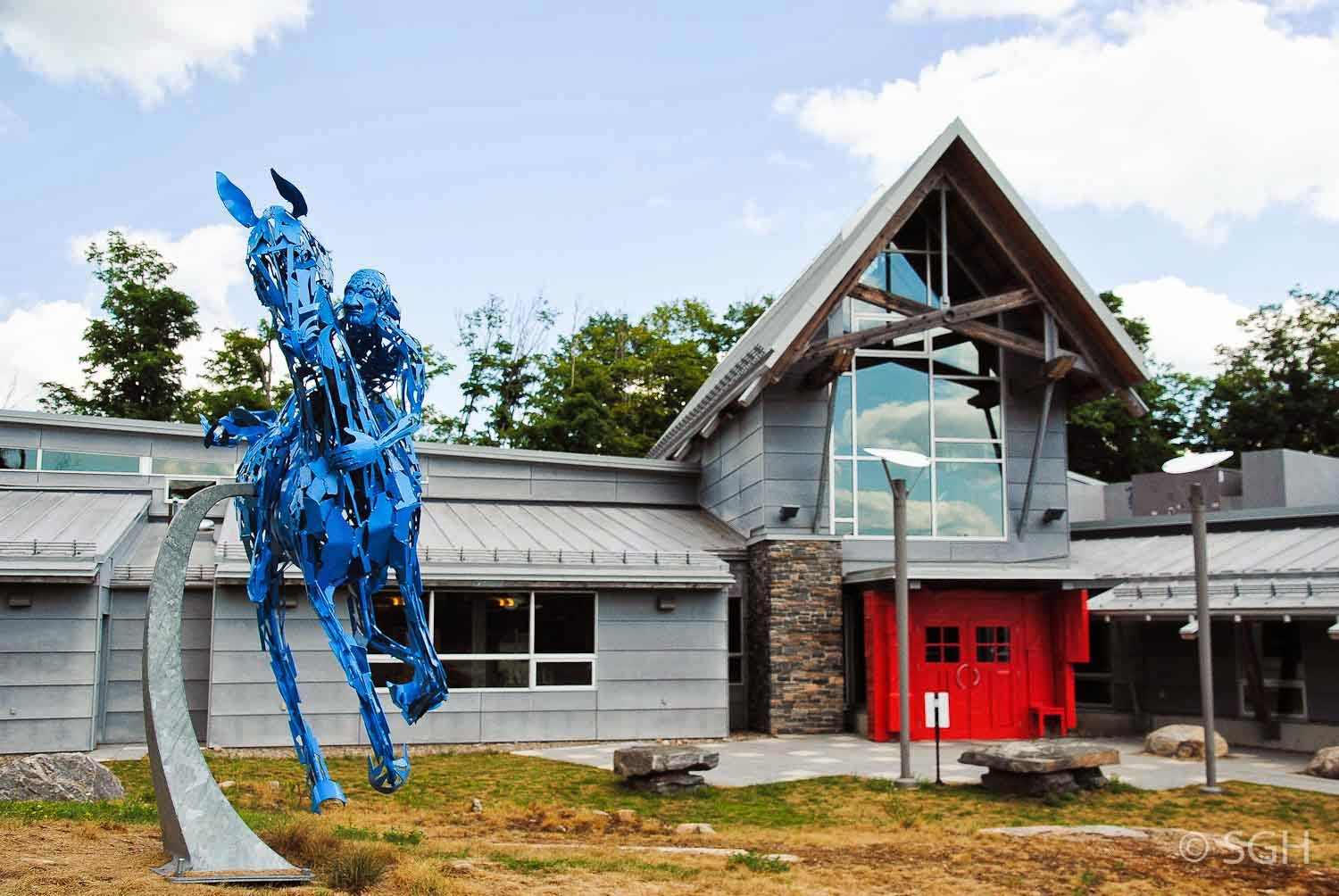 Haliburton School of the Arts

Our instructor cut through all the possibilities by suggesting that we think of three simple things - shoot in the  'Aperture' setting,  and adjust the ISO and the white balance.  Now my mind can cope with three things, and I found switching to Aperture instead of Auto was easy.  In most typical light situations you just keep shooting as if you were on Auto - but you can adjust that aperture, or the shutter speed, when you need to. 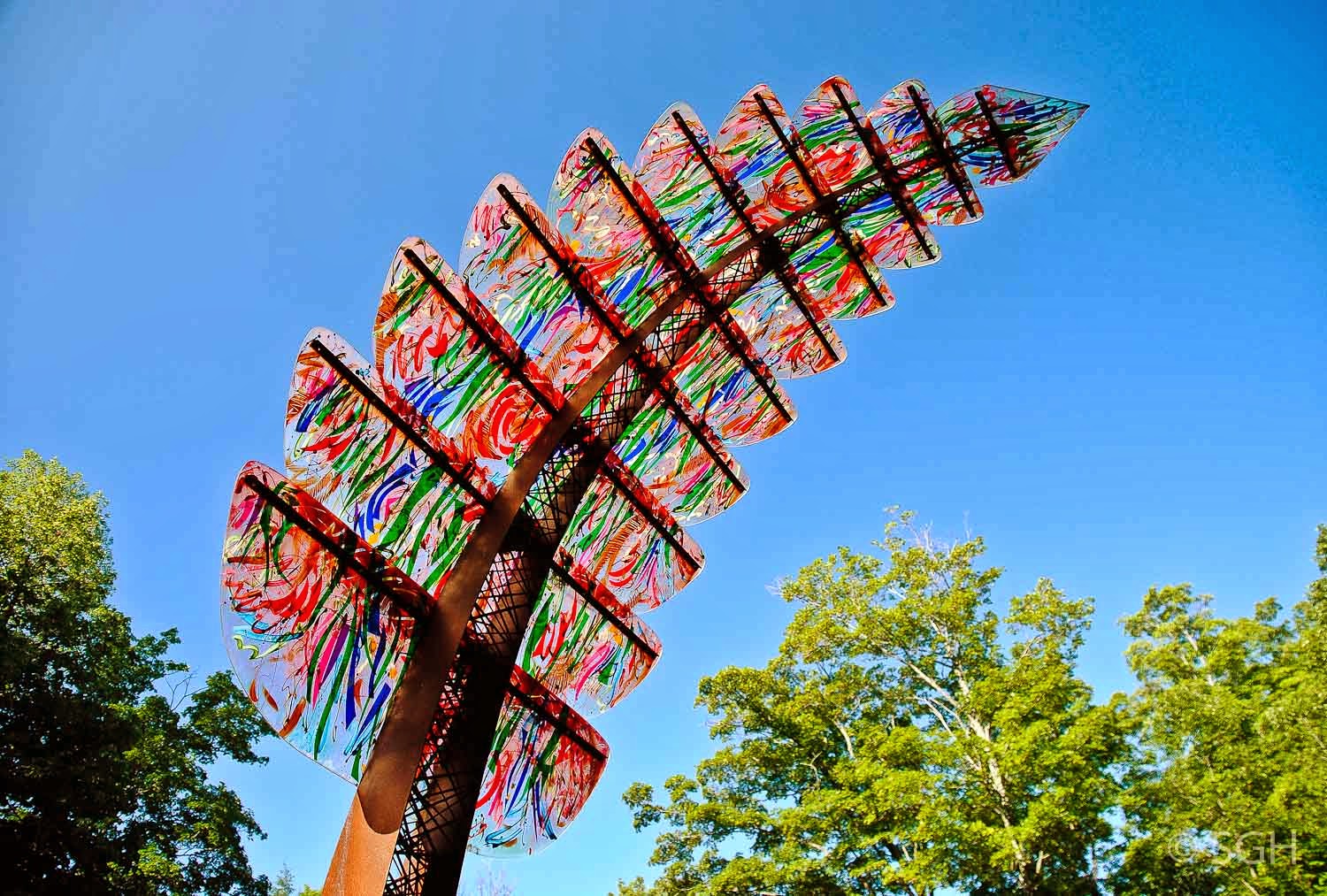 What you do have to do when shooting in Aperture mode is keep an eye on what your camera is telling you, to make sure the camera doesn't choose a shutter speed too slow.  I usually try to shoot outdoors at a speed of 1/125, which ensures a sharp picture.  In normal light this will be fine.  But in darker situations, your camera might set the speed down at 1/2 sec. for example, which is far too slow.  Then you know you have to use a tripod, or else change your aperture setting to let in more light and allow the shutter speed to be faster. 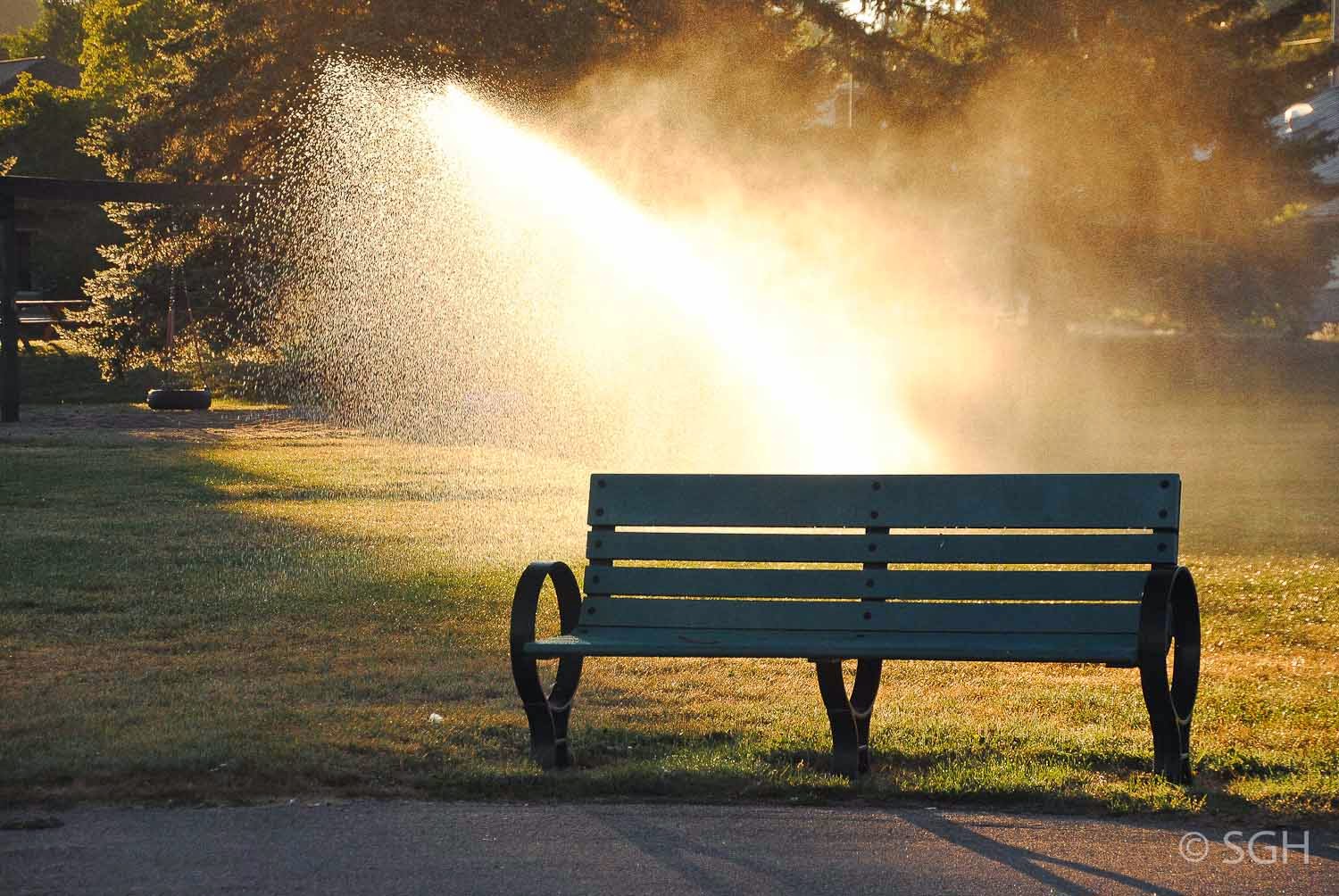 But the beauty of digital is that you can experiment, and just shoot in different settings all you want until you see what works.  I still shoot multiple pictures to get what I want; I just need to learn to delete the others!

Of the three things he told us, I still don't understand the white balance, and often forget to set it.  But if you're shooting indoors especially, it does make a difference.  The shot above was taken when our instructor insisted we come out to practice photos just after sunrise, in the 'Golden Hour' for photography.  And as you can tell by the first three pictures above, the school has a great outdoor sculpture collection. 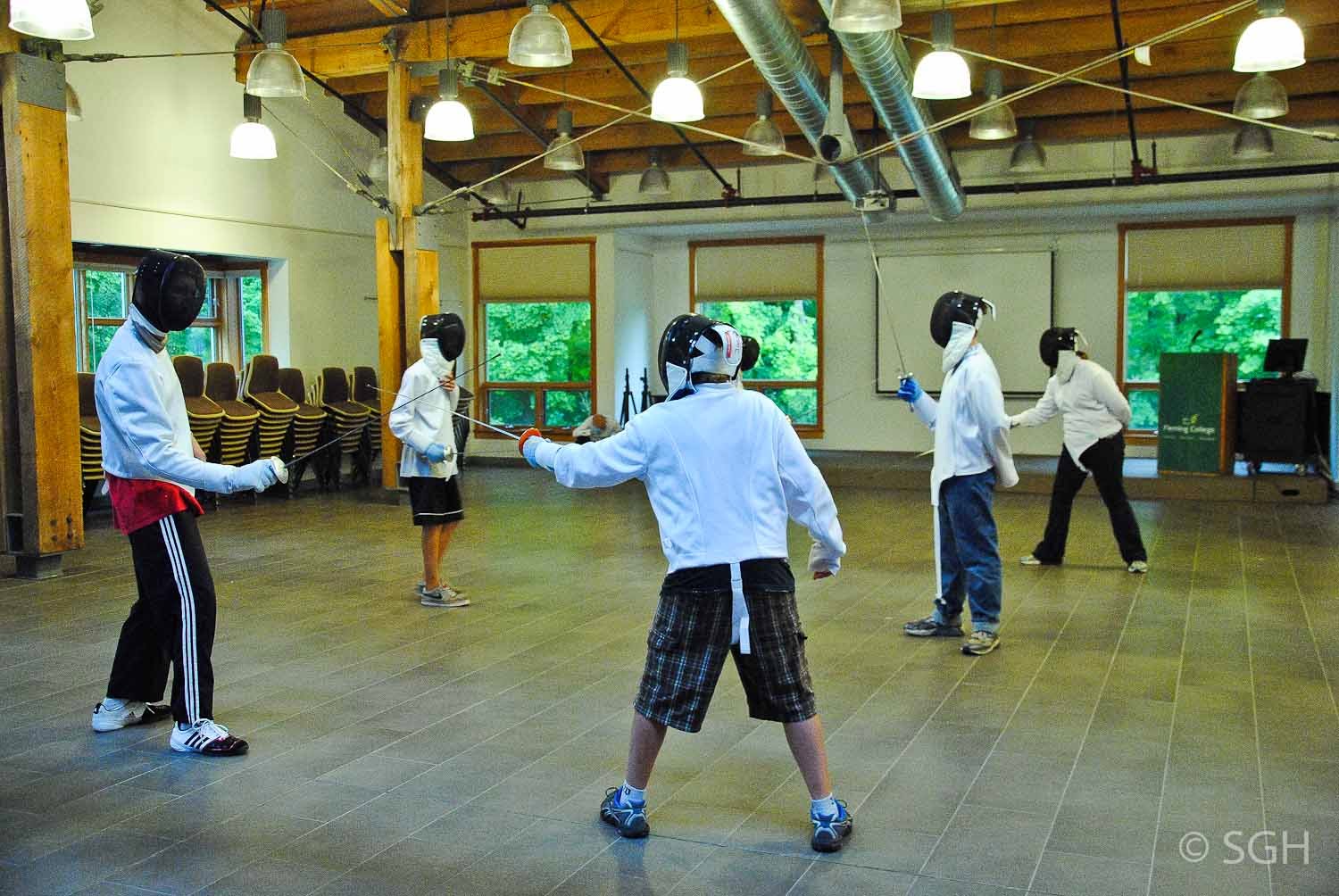 But I did learn to change the ISO setting when needed, especially if I'm trying to shoot pictures indoors without a flash, as in churches or museums (where it's allowed).  Most of the time I leave it set at 200 or 400, but indoors I crank it up to 1600, and I can get a picture without a flash if I really steady myself carefully.  This indoor picture of teenagers learning fencing is an example.  The school cleverly runs classes for teenagers so a parent can come for a week and keep their teenager busy too! 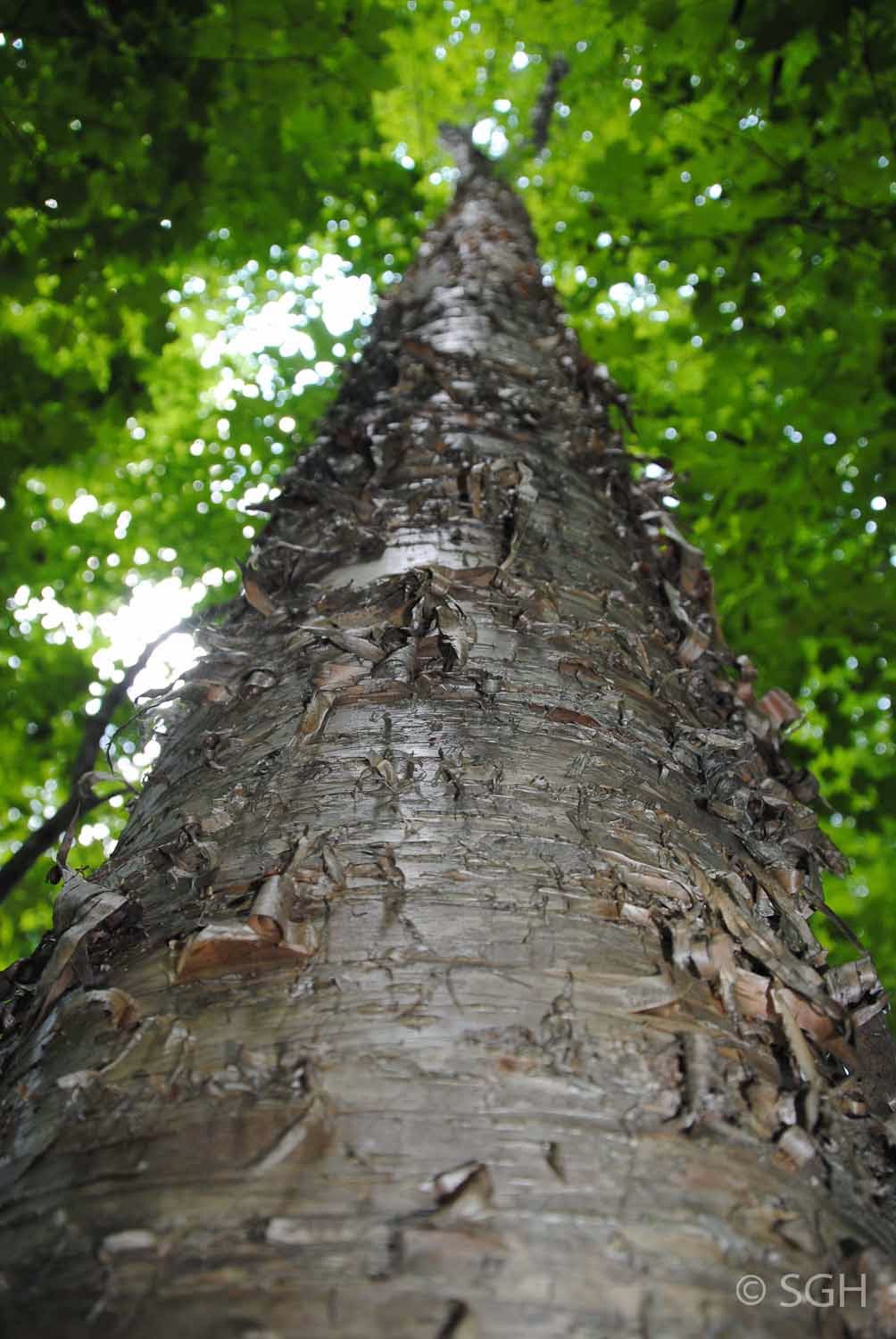 The other thing about 'Aperture' is how it influences 'depth of field', the depth of your photo that is in focus.  The tree above is only in focus for a narrow band part way up the trunk, as you can see; it has a shallow depth of field.  This is what the camera shot first. 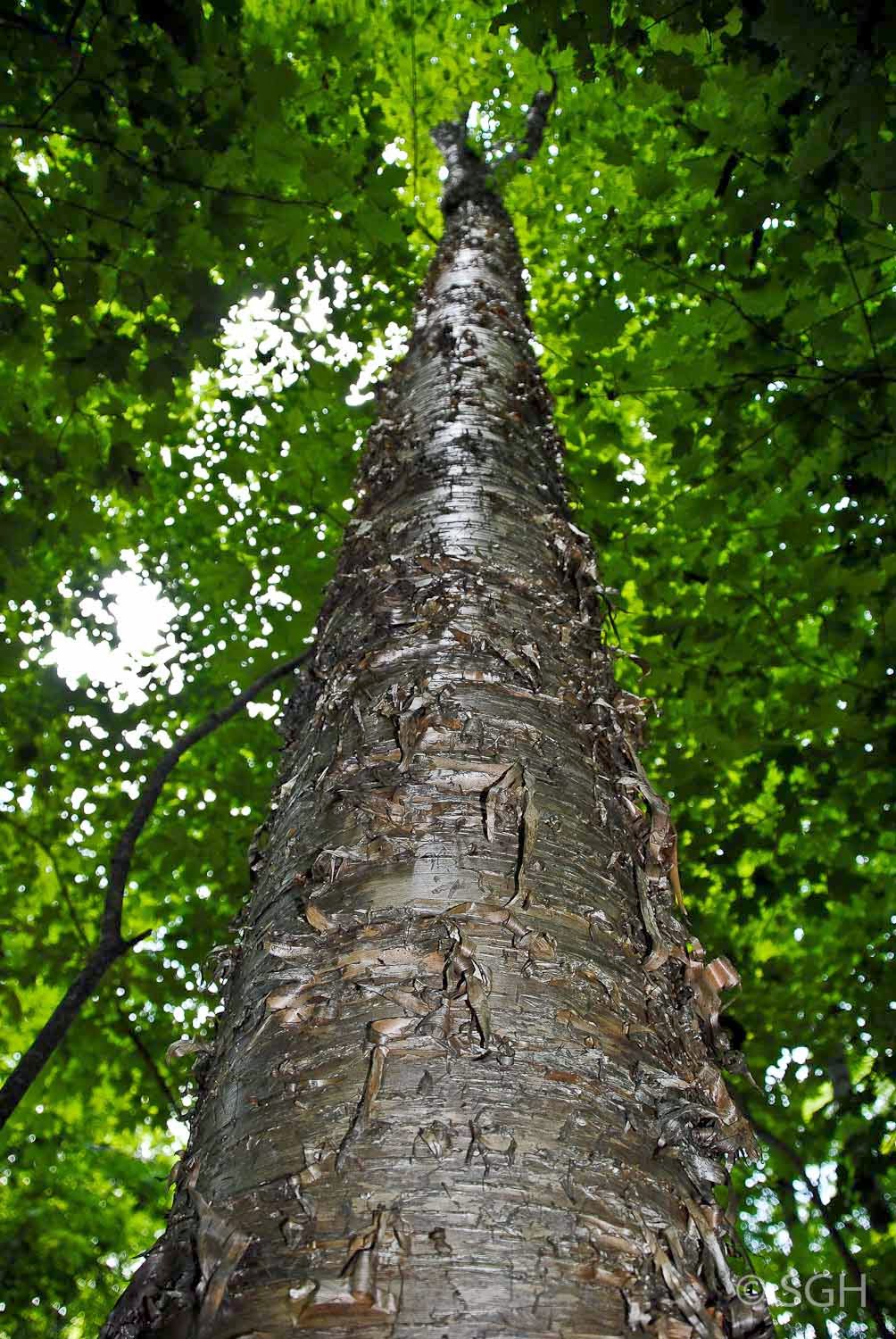 But by stepping back a bit and changing the aperture to a higher setting, I got a much improved depth of field.  I'm not very good at this yet, and this one isn't perfect, but you can see it generally looks in focus for quite a bit up the trunk, and is a much better picture.

So if you've been shooting on 'Auto', and occasionally finding your photos just aren't what you want, as I found, you might try shifting to 'Aperture' and starting to learn more settings to give you great pictures instead of just good ones.  I have a long way to go, but my course in Haliburton did get me off the 'Auto' setting.