In my mind, the start of spring are those sunny days in March when the streams open up and the early spring run-off begins.  Within a few days the first migrating birds have also arrived back, starting with the blackbirds - but none so far this year.  The snow surface melts during the day and freezes again at night; it's maple syrup season and mud season.  And we get avalanches off the roof as the accumulated ice and snow loses its grip and crashes down (the deck is now a chaos of ice chunks and fallen snow). 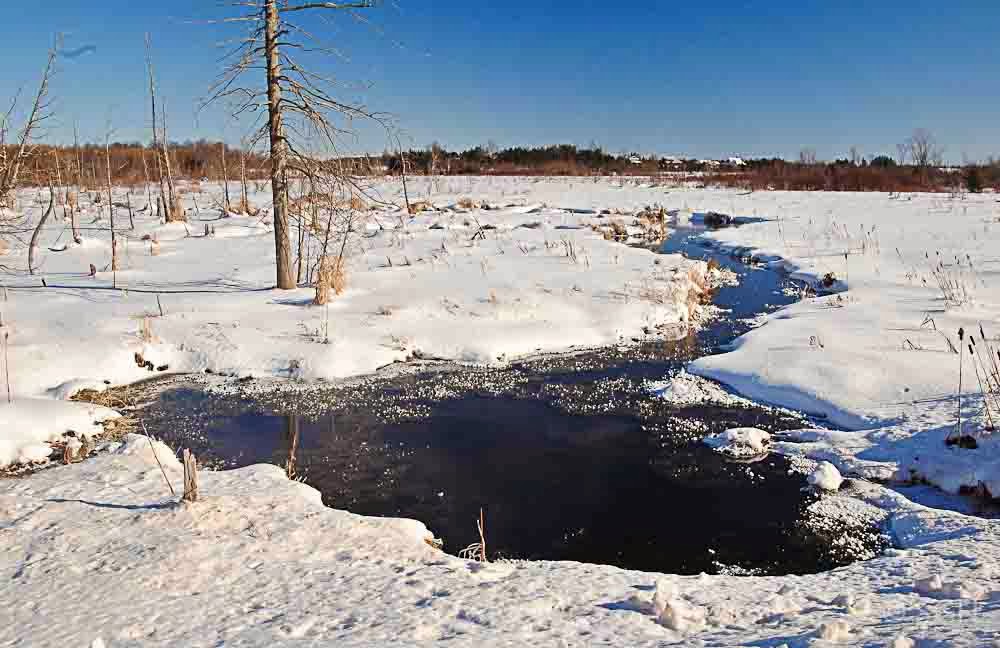 This is a spring just up the road which usually stays open all winter, but today it's larger and beginning to flow more strongly.  It feeds Lower Wodehouse Creek, which disappears into a sinkhole in less than a mile - except for a brief period during spring run-off when it overflows and forms an ephemeral waterfall! 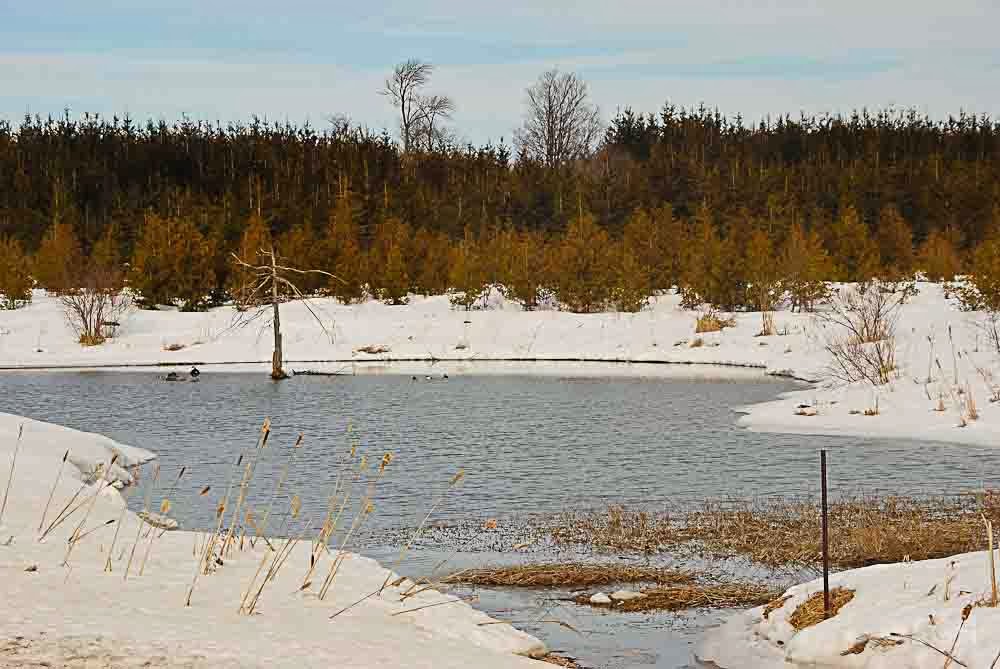 Just upstream from that spring is a small spring-fed pond which usually has at least a small patch of open water all winter.  Today it's almost completely open, and there were a goose and three ducks swimming around. 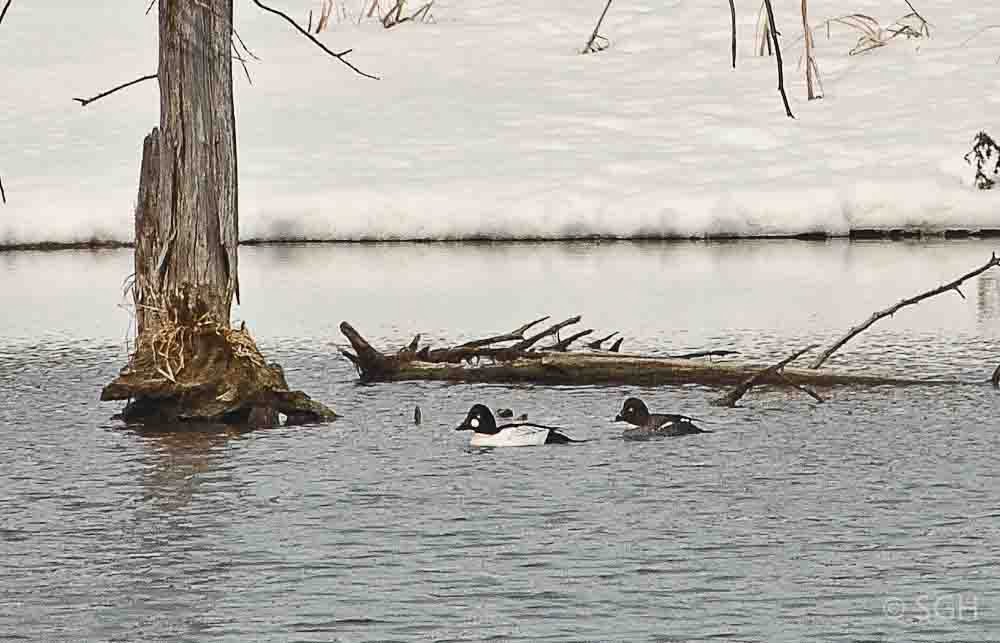 With some drastic cropping I was able to identify this pair of ducks as Common Goldeneye, the male on the left, and the female on the right. 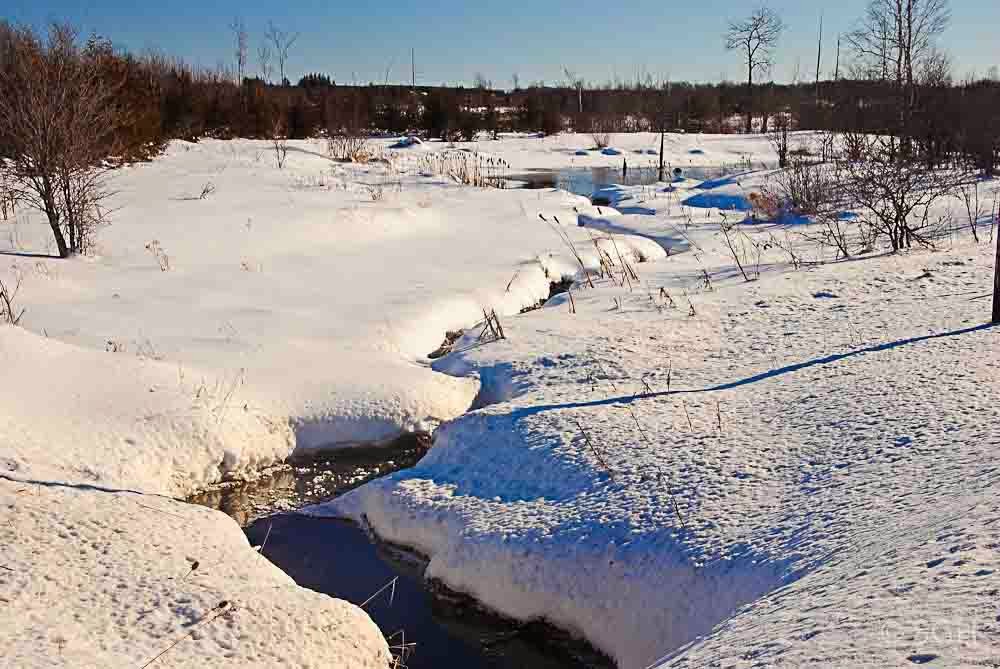 And just upstream of the pond is the upper spring of the creek.  I love how it wiggles down between the snowbanks at this time of year. 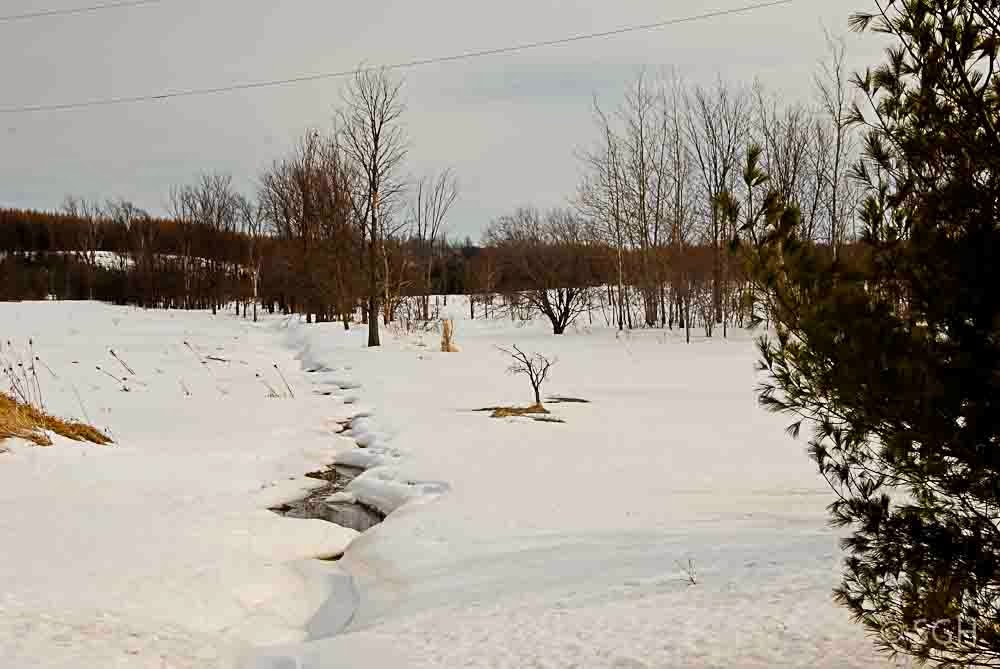 A mile up the road is another tiny tributary of the Wodehouse drainage system, which also drains into a sinkhole, just a few hundred yards downstream.  The wiggly stream between the snowbanks just hints at the water that will be flowing in a few days - but by summer this will be a dry ditch. 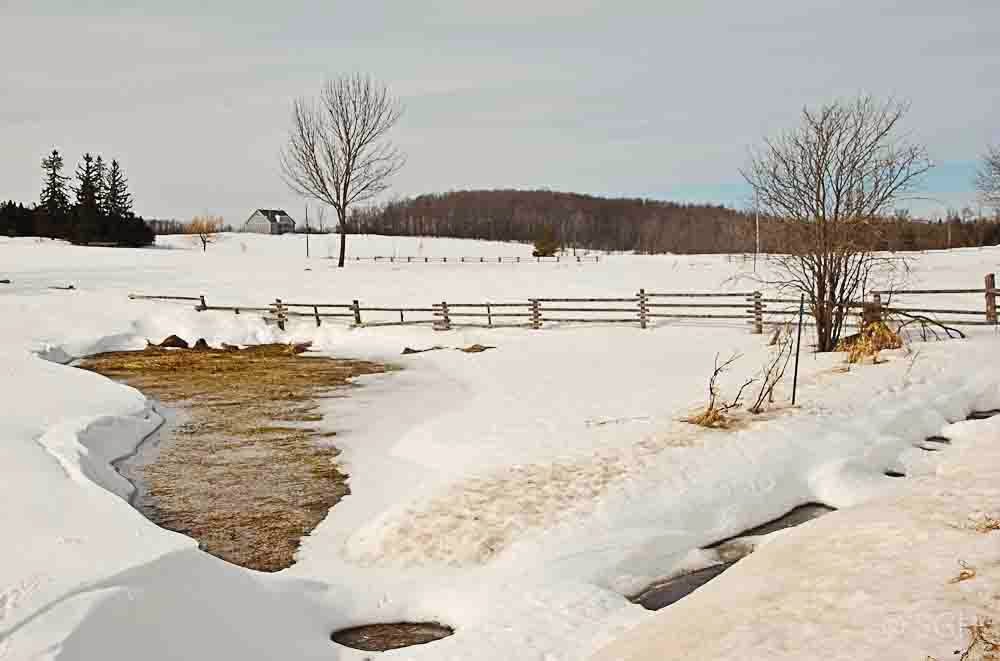 This is the spring that feeds the stream above, on the other side of the road.  Not really a stream at all, just an open seepage area in the field, but that one open patch in a snowy white field tells us that spring is starting. 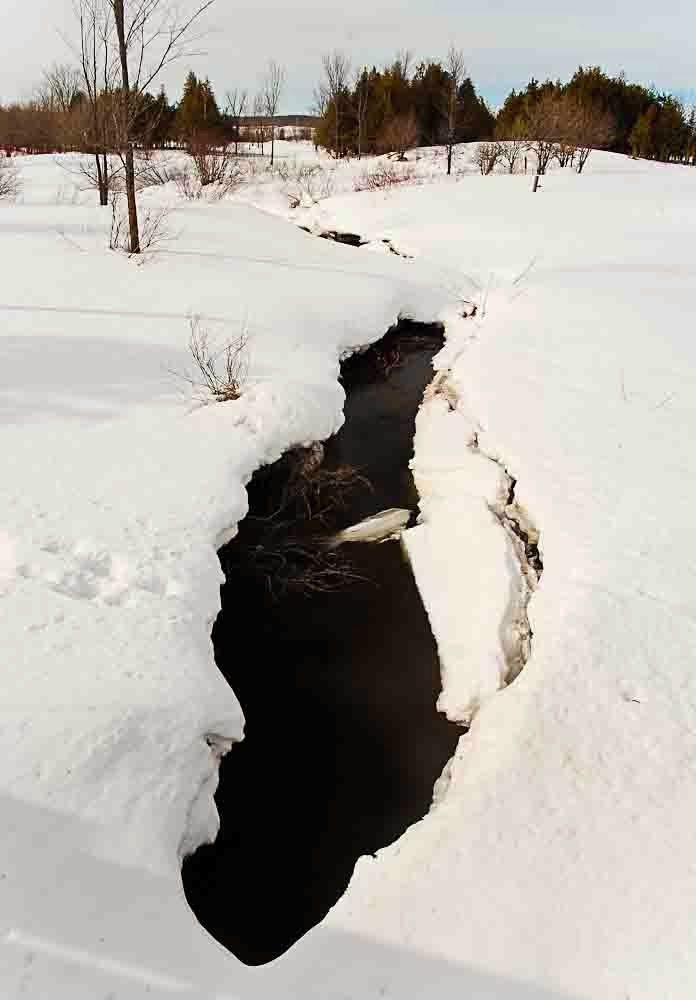 Around the corner half a mile further is the main Wodehouse Creek, beginning to open up as the snow collapses into the stream.  This is the stream that drains into the main sinkhole.  In anything from a few days to 2 or 3 weeks, this will be a lake when the water (which can't all get down the sinkhole at once) backs up for half a mile.  I'll keep you posted with more pictures.