Having shown you some ice formations along the river above Hogg's Falls, here is the falls itself, taken just last week.  Still lots of snow here! 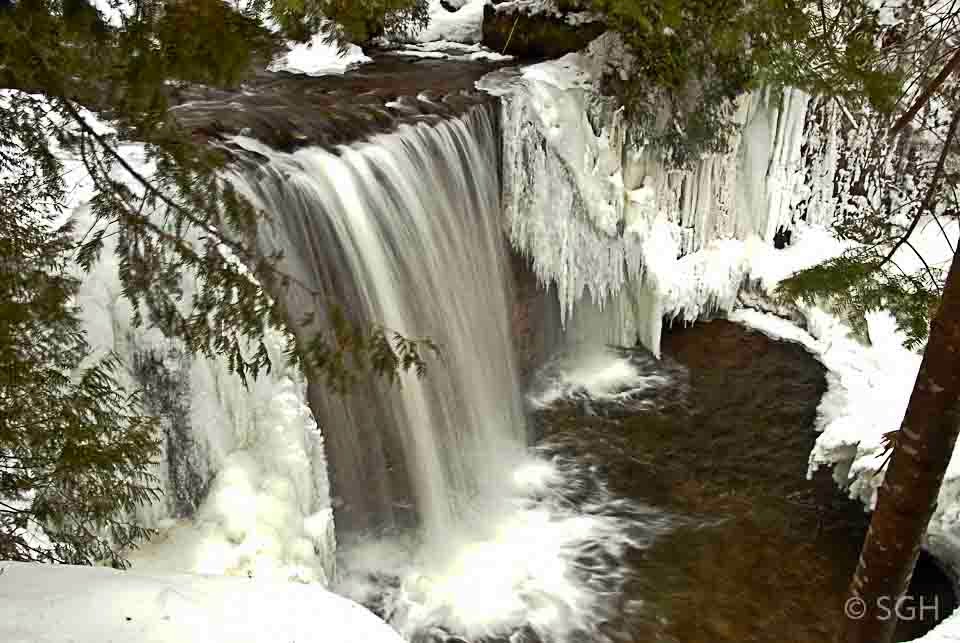 Hogg's Falls is named after William Hogg, who developed a small hydro operation here decades ago. 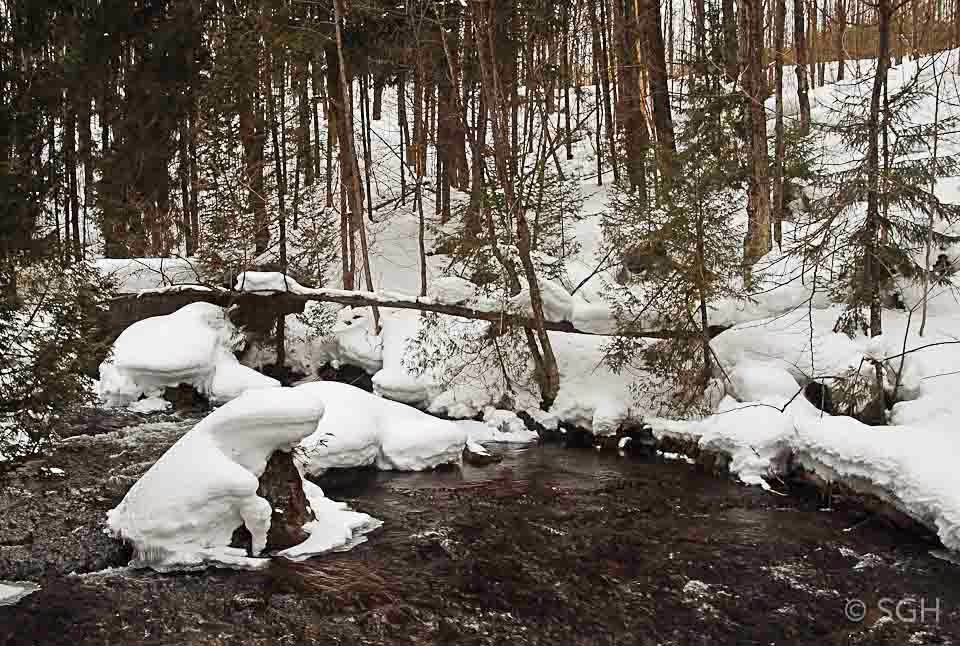 This is the valley upstream of the falls; you can just see a dark remnant of the old dam on the left. 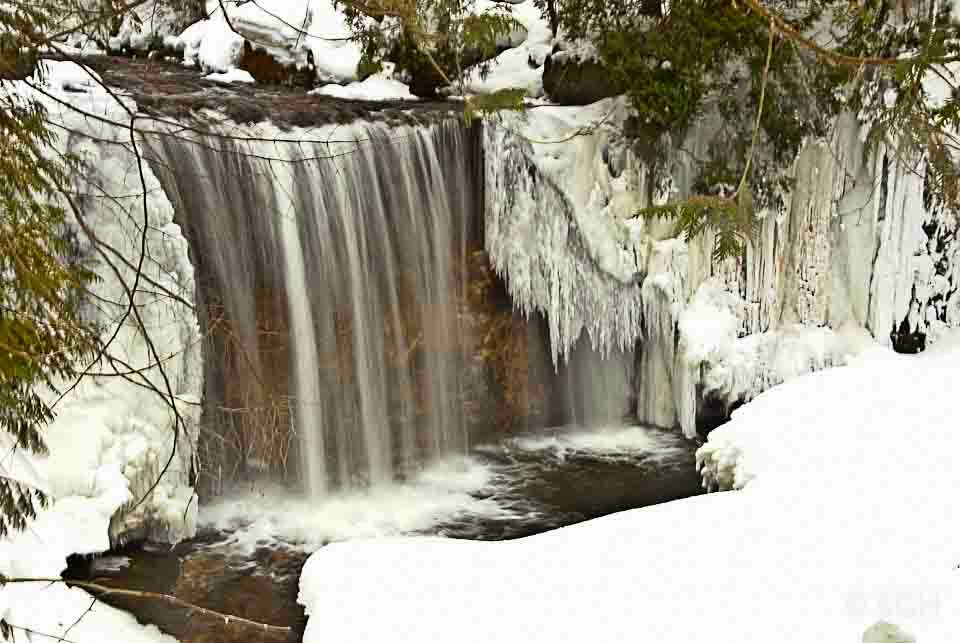 In the summer you can climb down to the stream below the falls for pictures (if you're a little adventurous), and I crept down as far as I dared for this picture.  But I was alone, and decided that staying safe was more important, so this is a close as I could get. 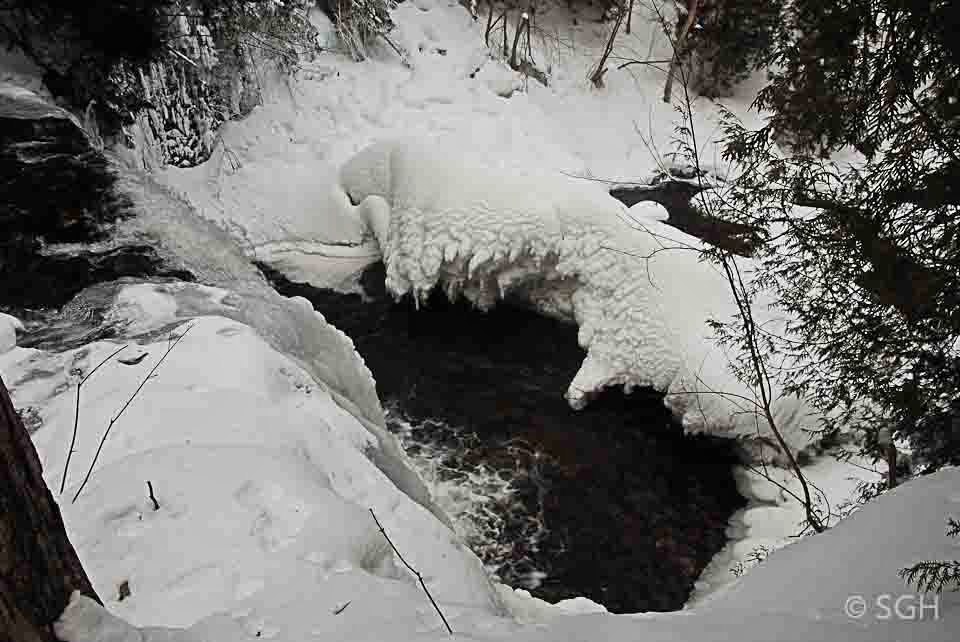 I was intrigued looking down from above to see a complete snow/ice bridge across the river, built up from spray from the falls.  Sometime soon this will likely collapse in on itself. 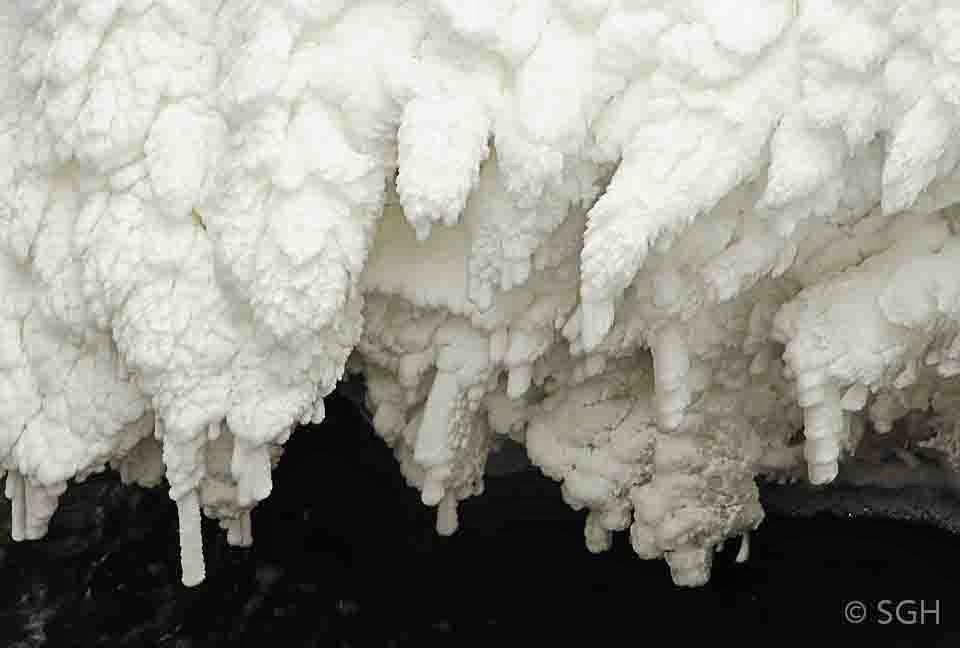 A close-up of the snow bridge.