While we're on the topic of waterfalls, here are a few pictures from last November (before snow), of Jones Falls in Owen Sound.  Although there is no snow and ice here, there's LOTS of water!  I've never seen as much water flowing over this falls in my life. 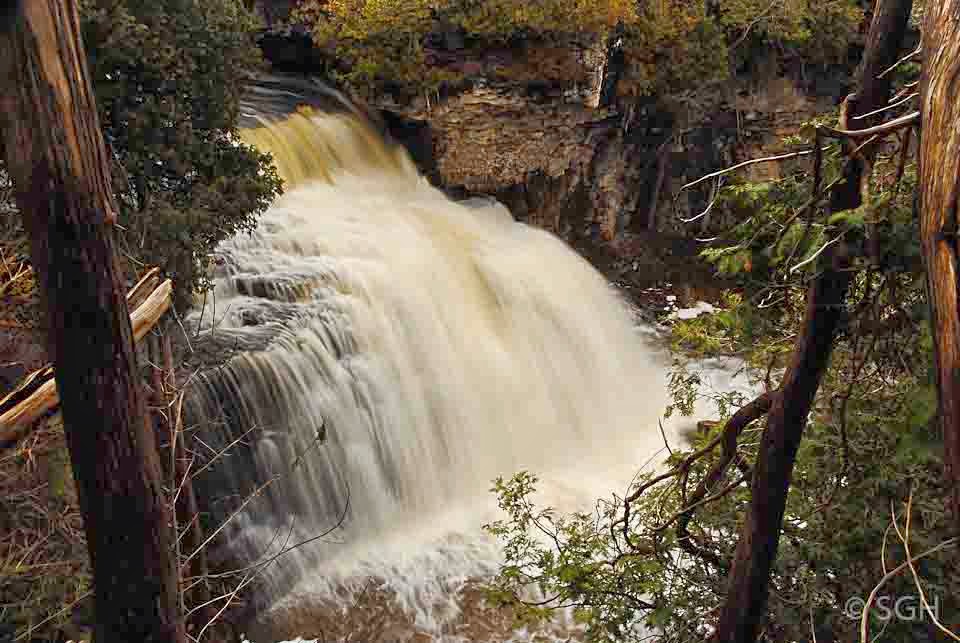 Jones Falls is on the Pottawatami River, which flows into the west side of Owen Sound harbour.  Here it falls over the top layer of dolostone along the Niagara Escarpment, plunging down into the ravine below over a series of rock steps. 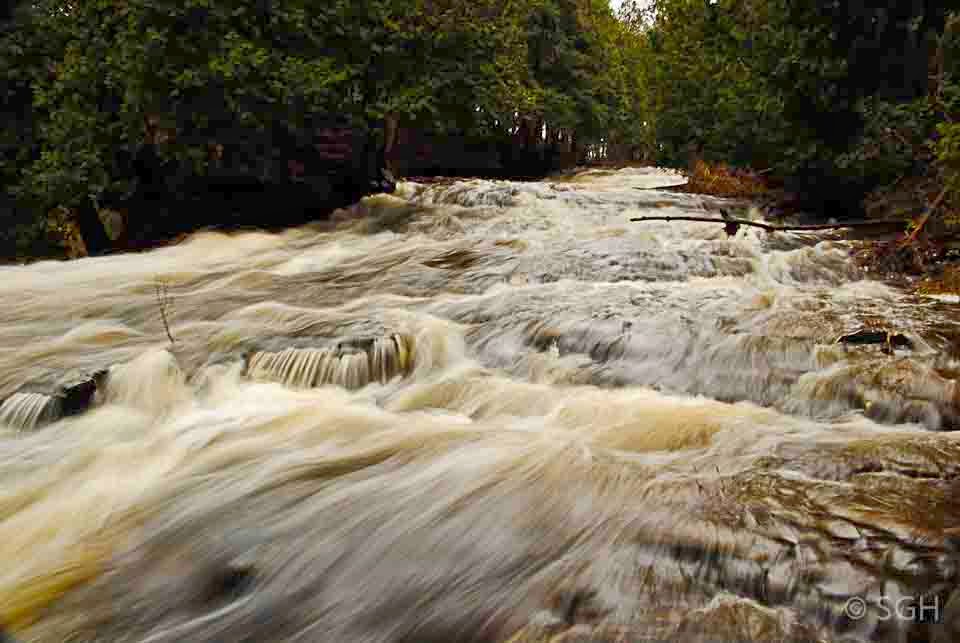 The day I was there the river was absolutely crashing down its channel over the rocks, heading for the brink.  The Bruce Trail crosses on a arching steel bridge that you can just see upstream in the photo below.  We'd had a lot of rain in November! 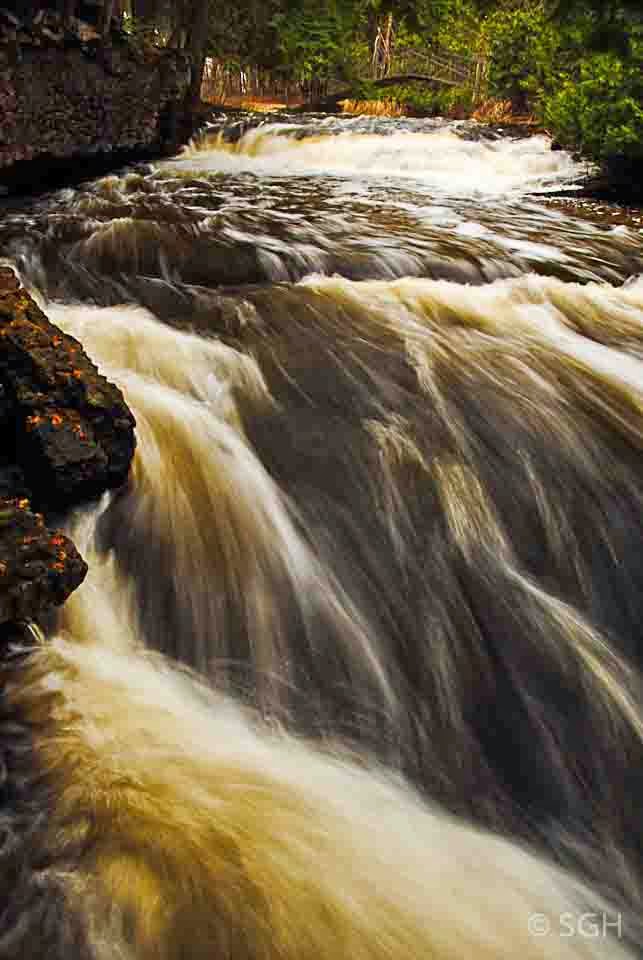 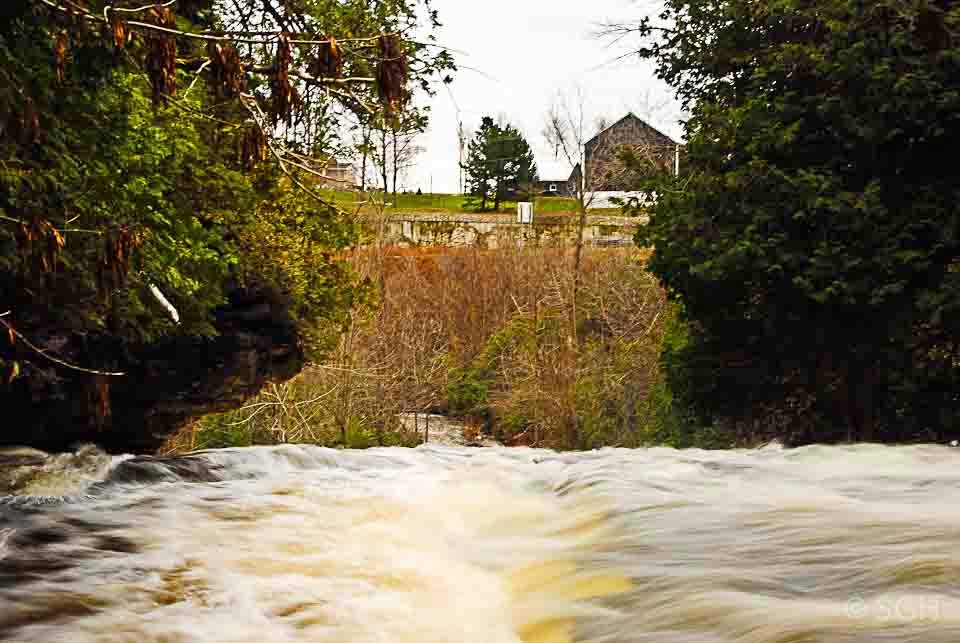 Here it charges over the edge and down into the ravine below.  The falls is at an odd angle for pictures, and the ravine was so flooded it would have been dangerous to even attempt a view from below. 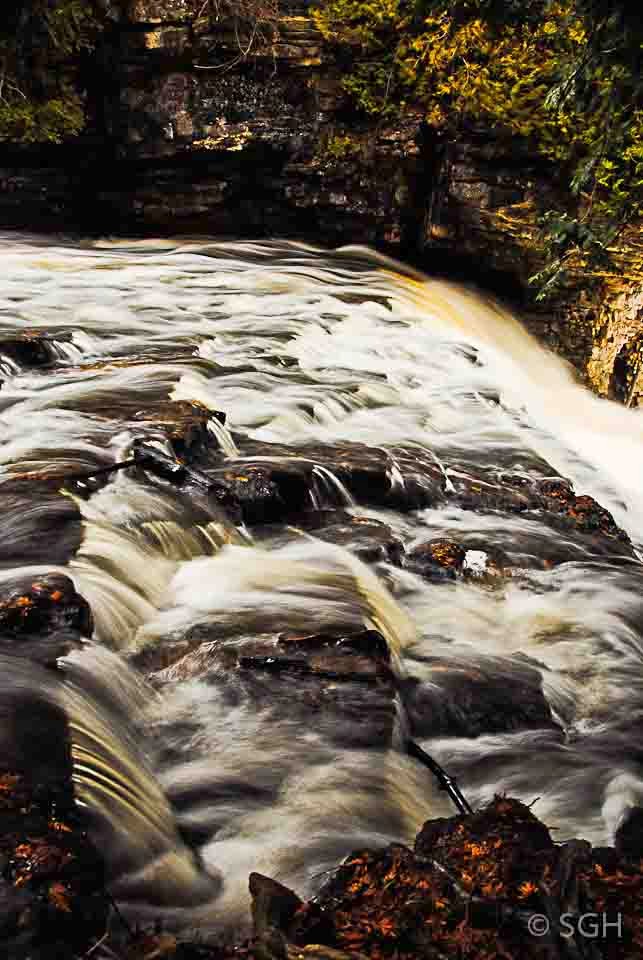 Rather than falling abruptly down a cliff, it flows over a series of small rock steps as it approaches the edge, which I thought was captured nicely in this picture. 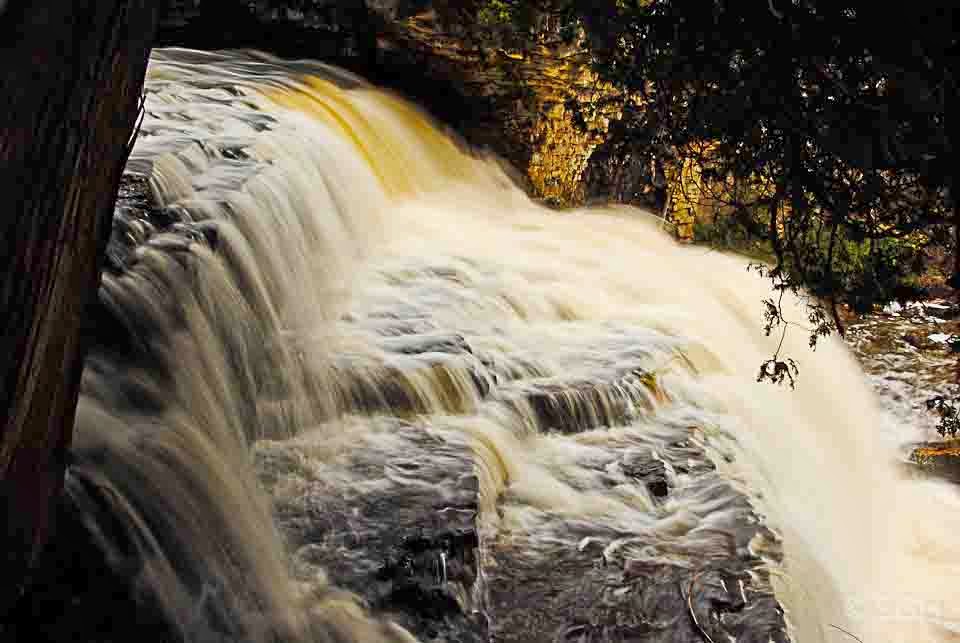 Then a bigger step and down it goes in a torrent of white foam on this day!  On some summer days with a low flow in the river, it's just a trickle over the edge. 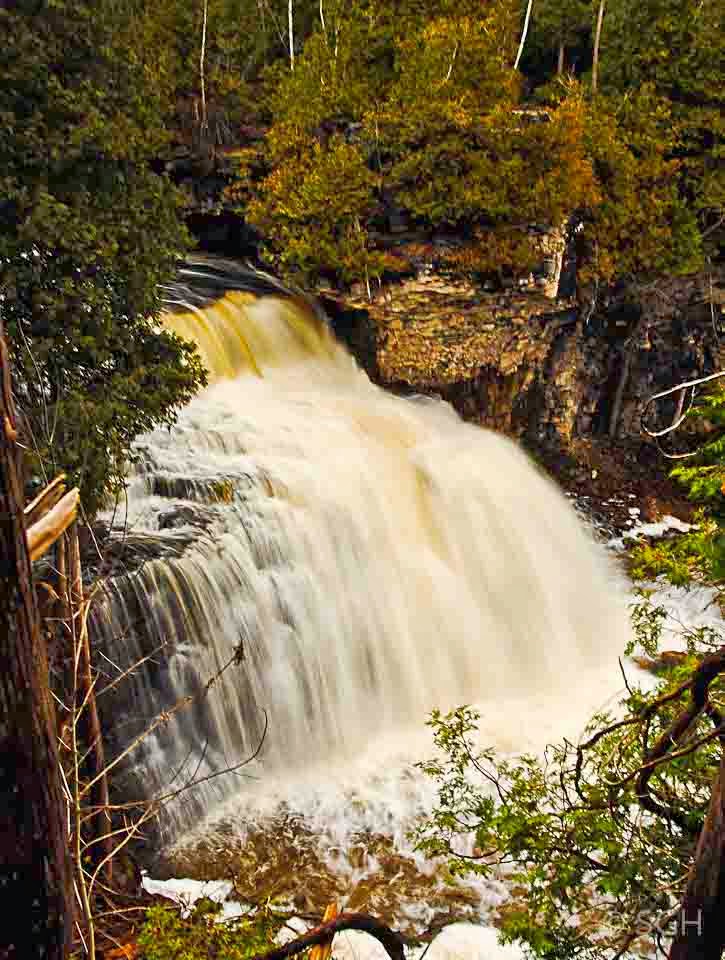 There's one spot where you can get a good view of the falls without climbing further down - certainly the most spectacular view of Jones Falls I've ever had.

Grey County actually has a waterfall tour, and most of the major falls are in public conservation areas like this one.  Check out 'Visit Grey'.