In between photography at Blue Mountain and staying inside because it's -20°C with a wind chill, I have managed some good cross-country ski outings on several different trails. 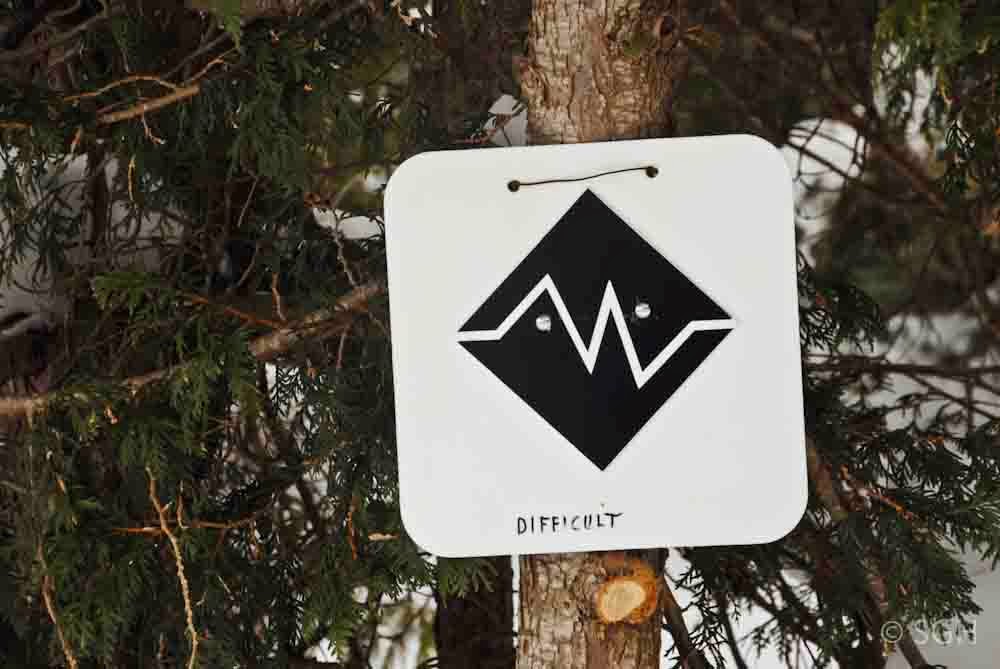 At Glenelg Nordic Trails, our local and best ski trails, I made it a goal this year to ski every trail.  There are several steeper ones I've never tried.  This one was the steepest, but I survived! 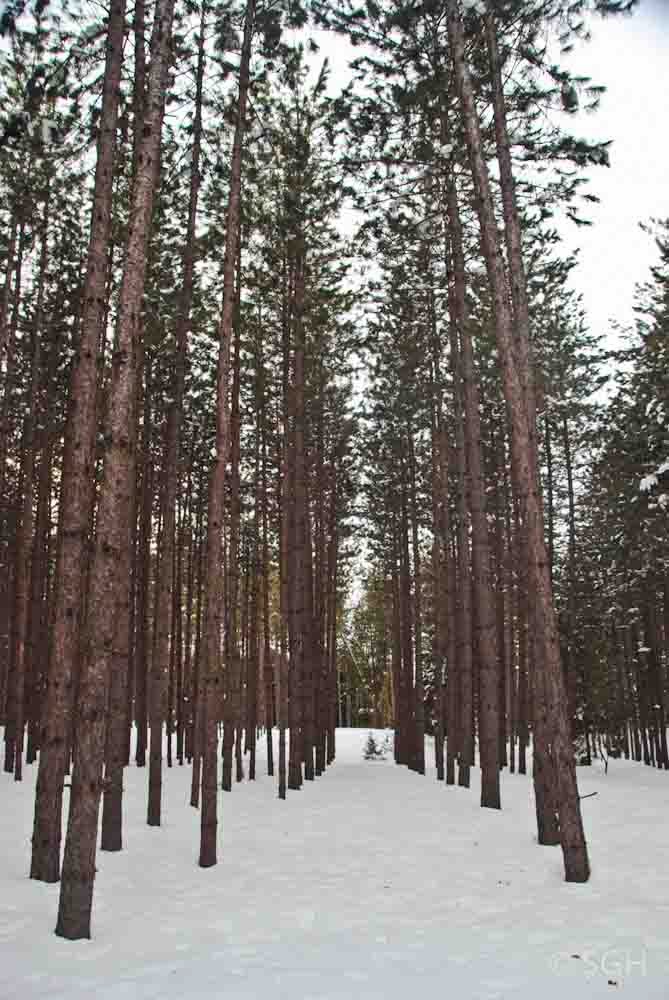 This part of the trails wanders through some pine plantation, and I was struck by the difference between the well-thinned and managed red pine stand (above), and the younger white pine stand (below).  The red pine tend to be 'self-pruning', ie. the lower branches fall off.  And you can see that they've been thinned - an entire row is missing between these trees. 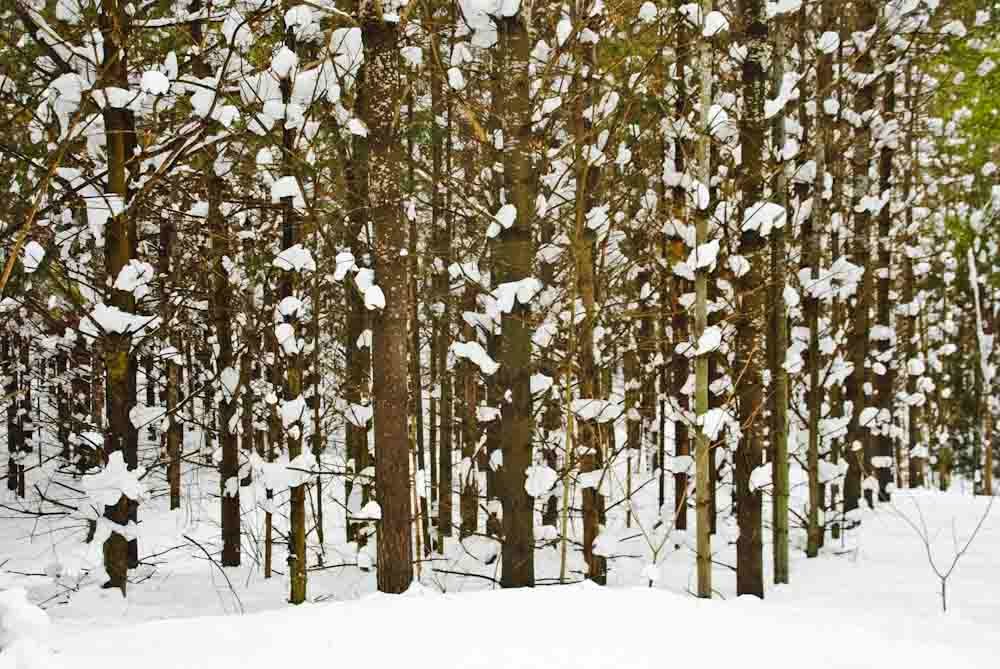 The white pine stand nearby is much younger, not yet ready for thinning, and very crowded.  They also tend to retain their branches, and therefore catch the snow to look very different from the red pine above. 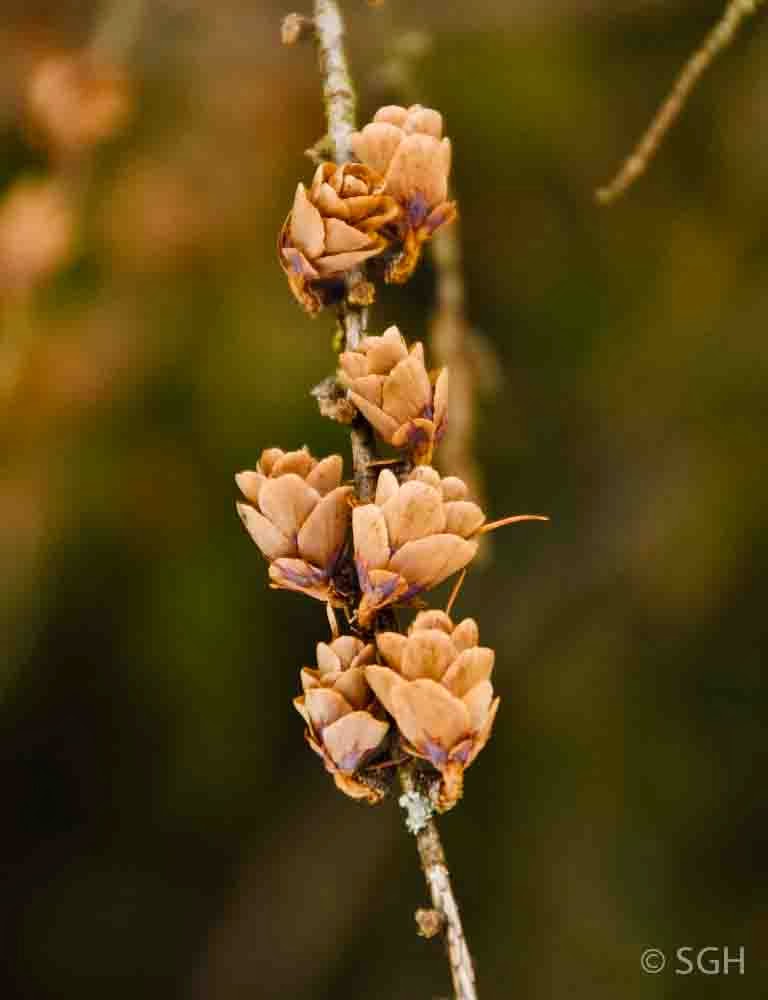 Further on, around the edge of a field, where the meadow takes over from the swamp, are a group of tamaracks.  One of them had a lot of cones down at a height I could photograph.  And the chickadees were nearby, eating the seeds as fast as they could go. 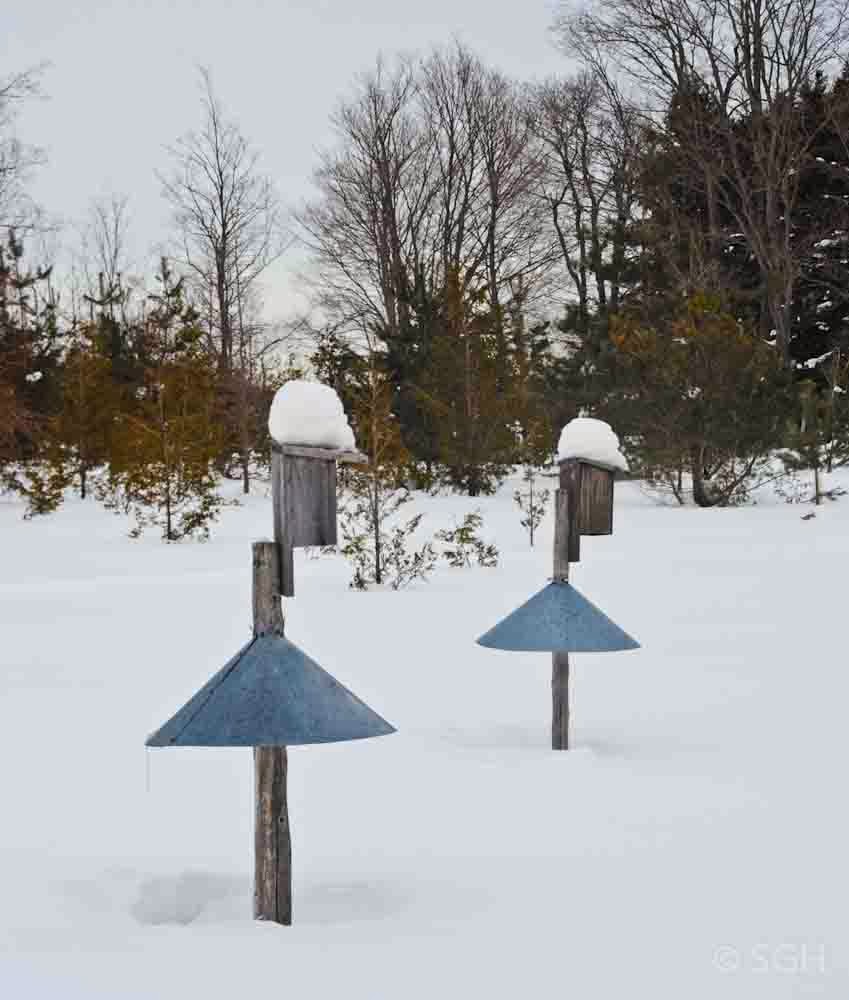 This landowner was obviously doing everything he could to keep any nesting bluebirds in his birdhouses safe from marauding squirrels. 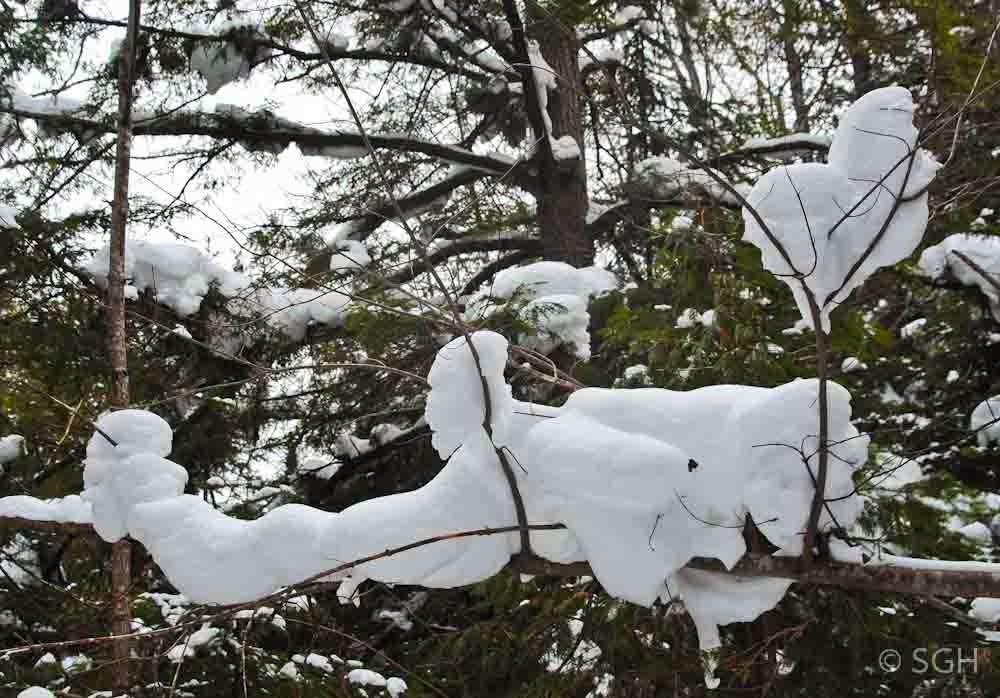 And there were still lots of snow sculptures in the swamp, huge clumps of snow caught on branches on on leaning logs.