It was a sunny day last week (we've had several of them recently), the day we went out owl hunting - successfully finding a snowy owl!  Later, down in the harbour in Meaford I found the ice had gone out and Georgian Bay was a deep blue, almost black line of water against the horizon. 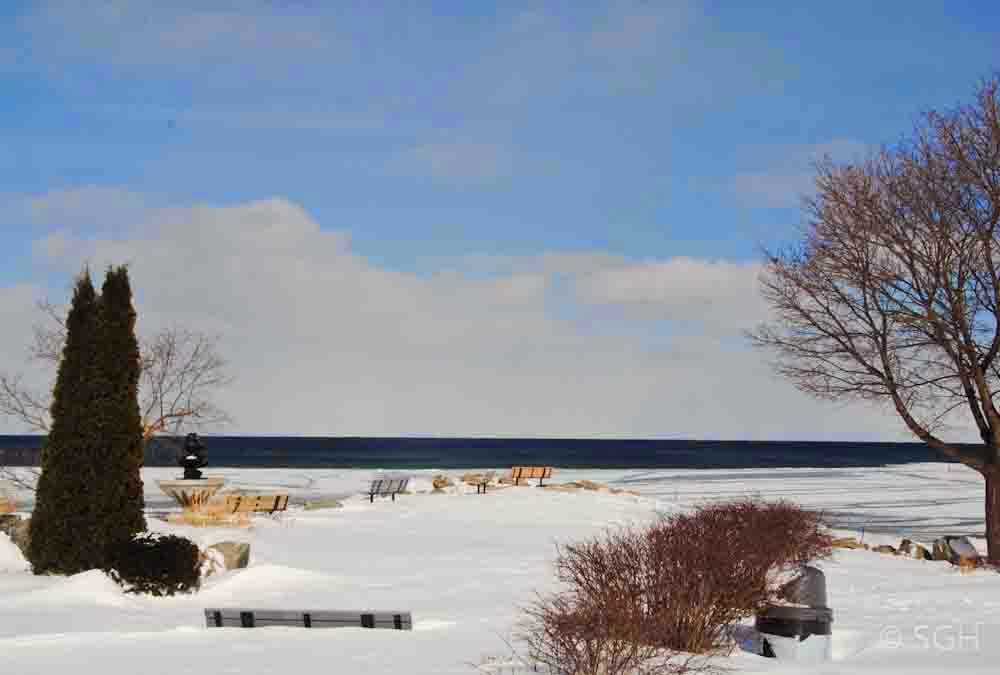 My usual stopping point west of the harbour was snowed in, as it has been all winter.  I climbed a 6 foot snowbank to get this picture, and you can see by the bench in the foreground how deep the snow is, while those benches further out are kept clear by the howling winds off the bay.  And behind them is the blue-black water of the bay, though the ice will move around a lot yet before melting. 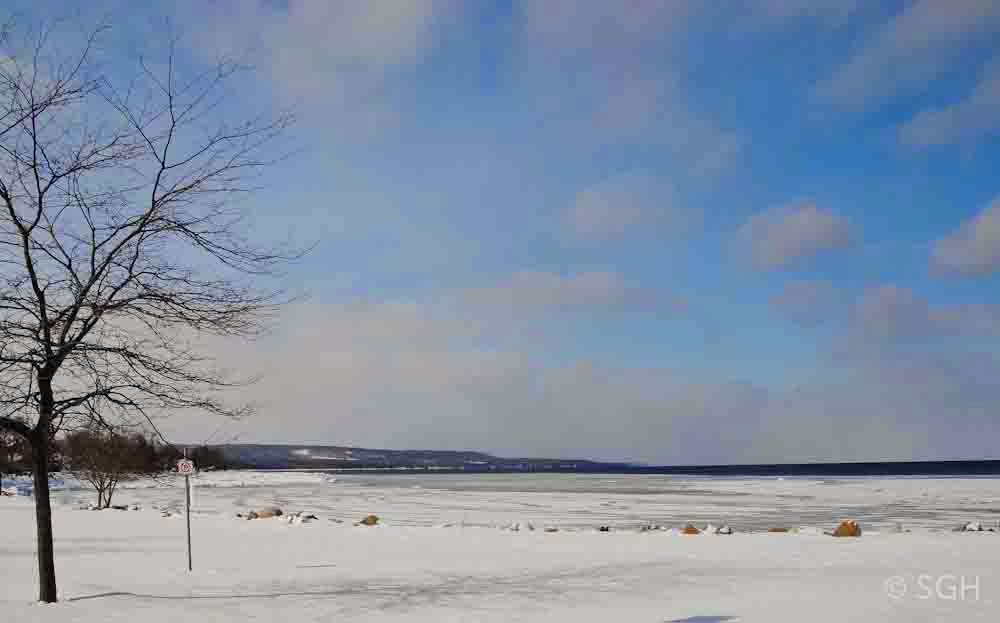 Further to the west there's just a little inshore ice, and you can see the Niagara Escarpment continuing in the distance, heading for Owen Sound.  Up there on the distant hill is the Land Force Central Area Training Centre (a name no-one remembers), locally known as the Meaford Tank Range, established during W.W. II, and still in very active use (though not for tanks). 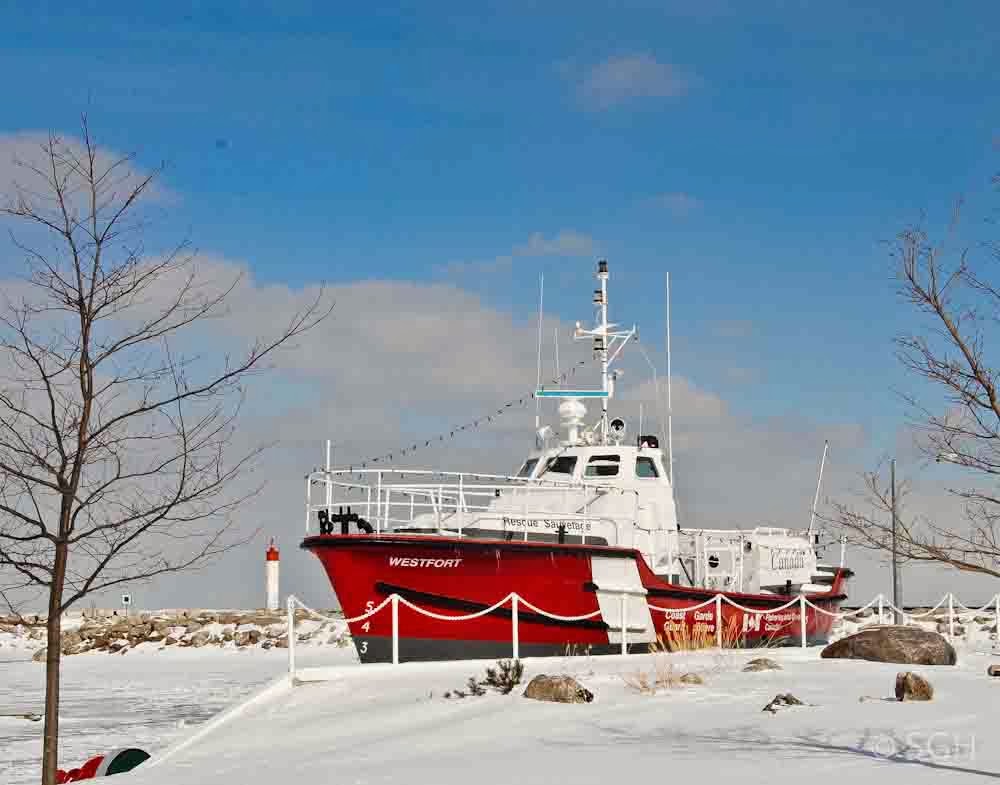 Right down in the harbour the retired Coast Guard ship the Westport sits on its formal drydock beside the harbour.  This ship was retired in 2003, and serves as a museum locally.  I must go check it out in the summer. 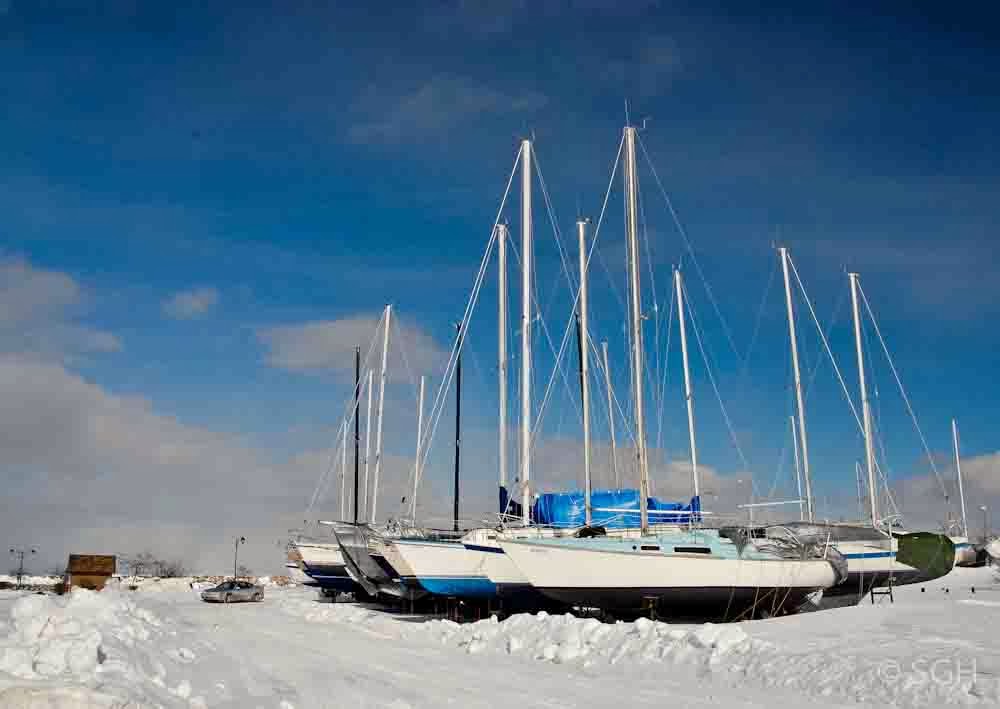 Nearby are rows of large sailboats dry-docked for the winter, their cables snapping against masts in the wind the day I took this picture - one of the few pictures I have that has a distinctive sound associated with it. 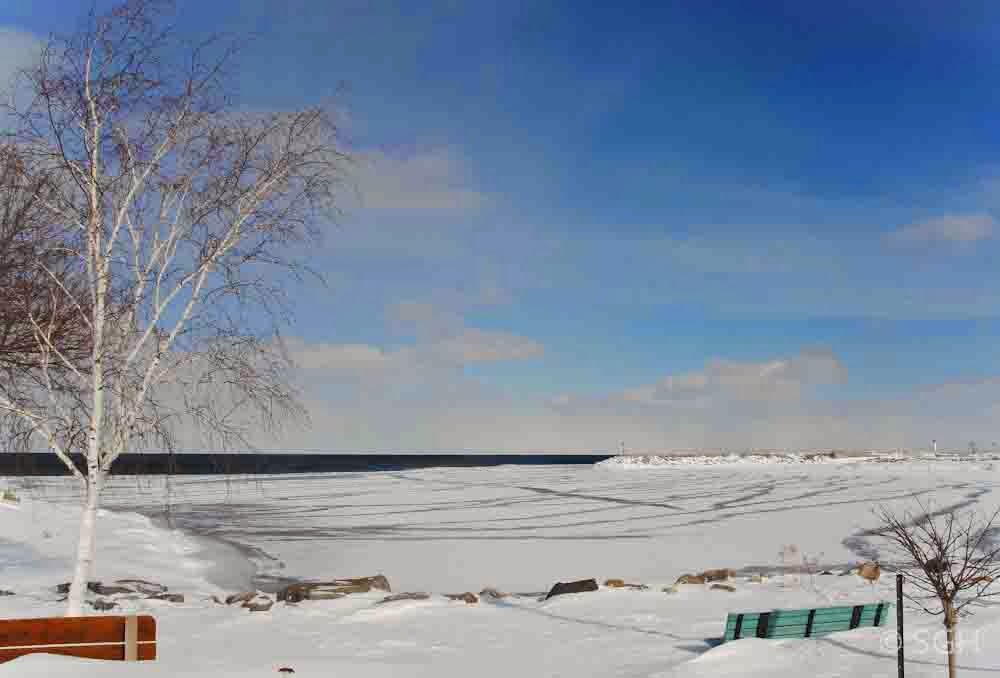 And just west of the harbour a small bay is still ice-covered, but criss-crossed with fracture lines; behind the ice is that blue-black water of the bay in the distance.