Winter returned yet again Friday night, with a fresh foot of snow.  Spring had been coming along nicely (if 6 weeks slower than for some of you down south of the border), with the snowbanks sagging lower, the sun feeling warmer, and the roads melted bare of ice and snow.  But winter is not going to let go easily here this year! 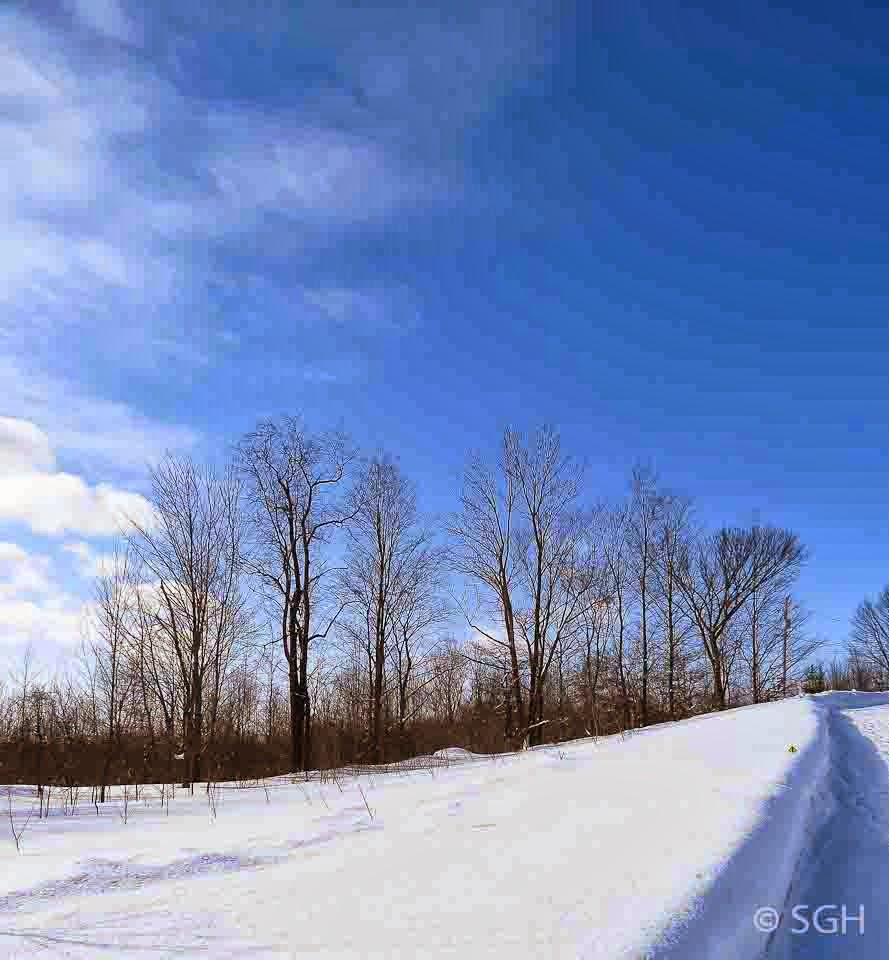 The trouble was the rain we got Thursday, which had turned the driveway to a sheet of ice.  It took me nearly four hours with the big snowblower to get the driveway clear, slipping on the ice under the deep snow constantly.  Everyone here uses driveway stakes to mark the lines for the snowblowers; you can see one sticking just out of the snow along the side of the drive - it was 10" above the snow a few days ago! 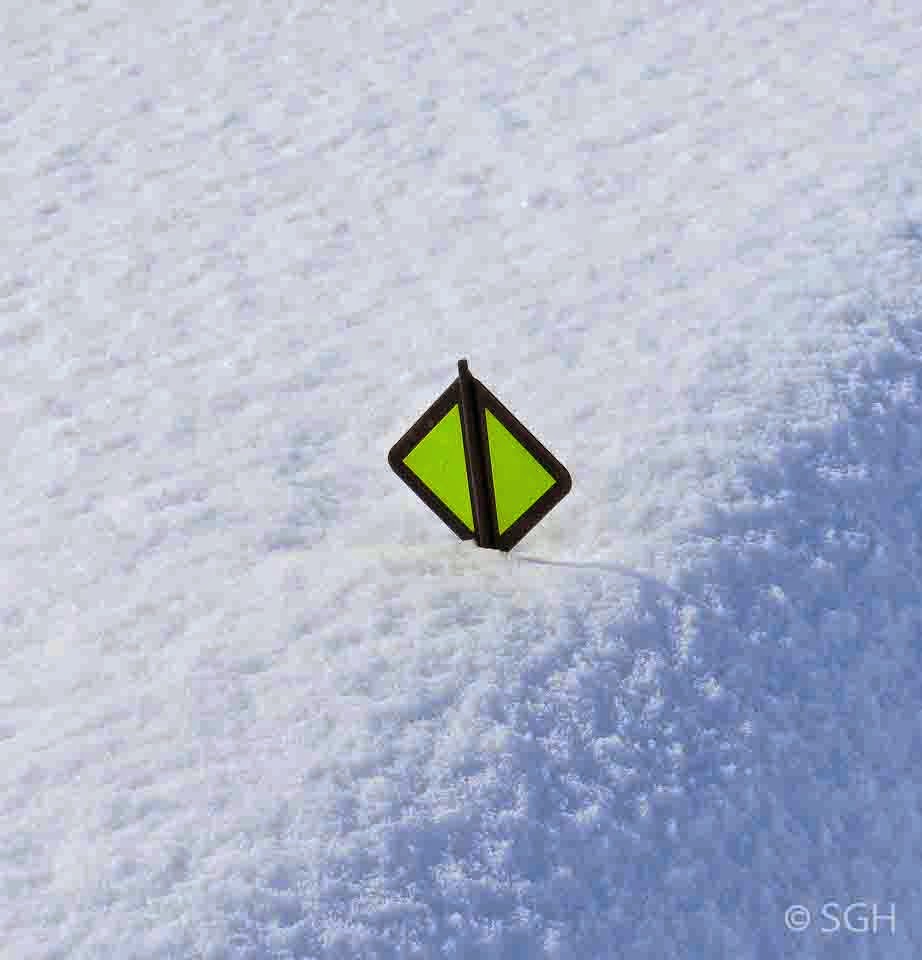 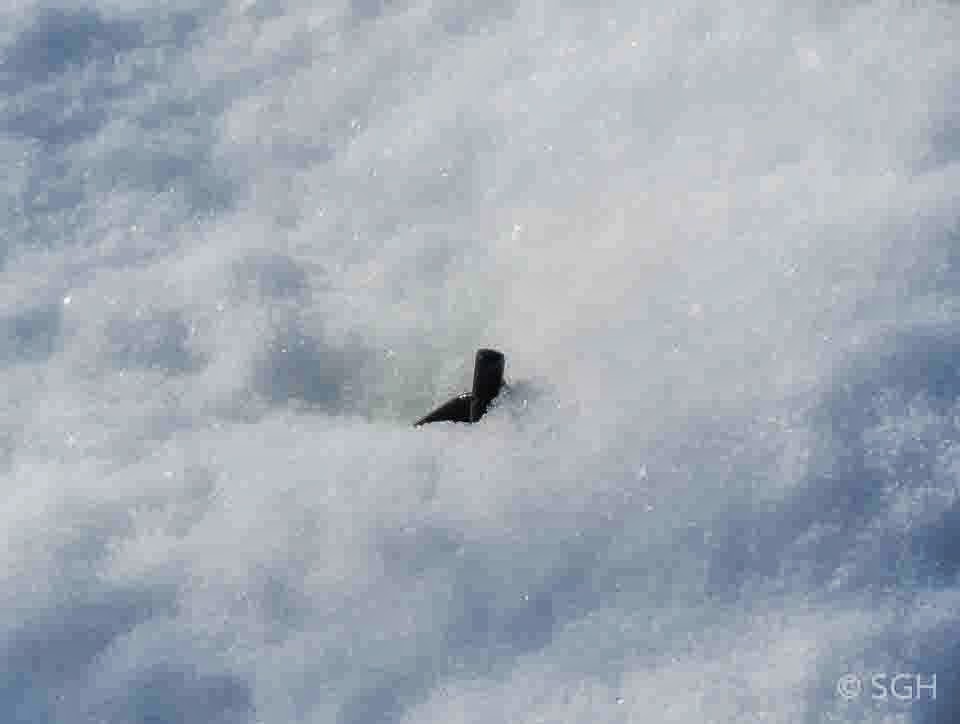 This one didn't quite get buried again, but the one on the right is just emerging after disappearing completely again.  These are 30" driveway markers, so that tells you how deep the snow is. 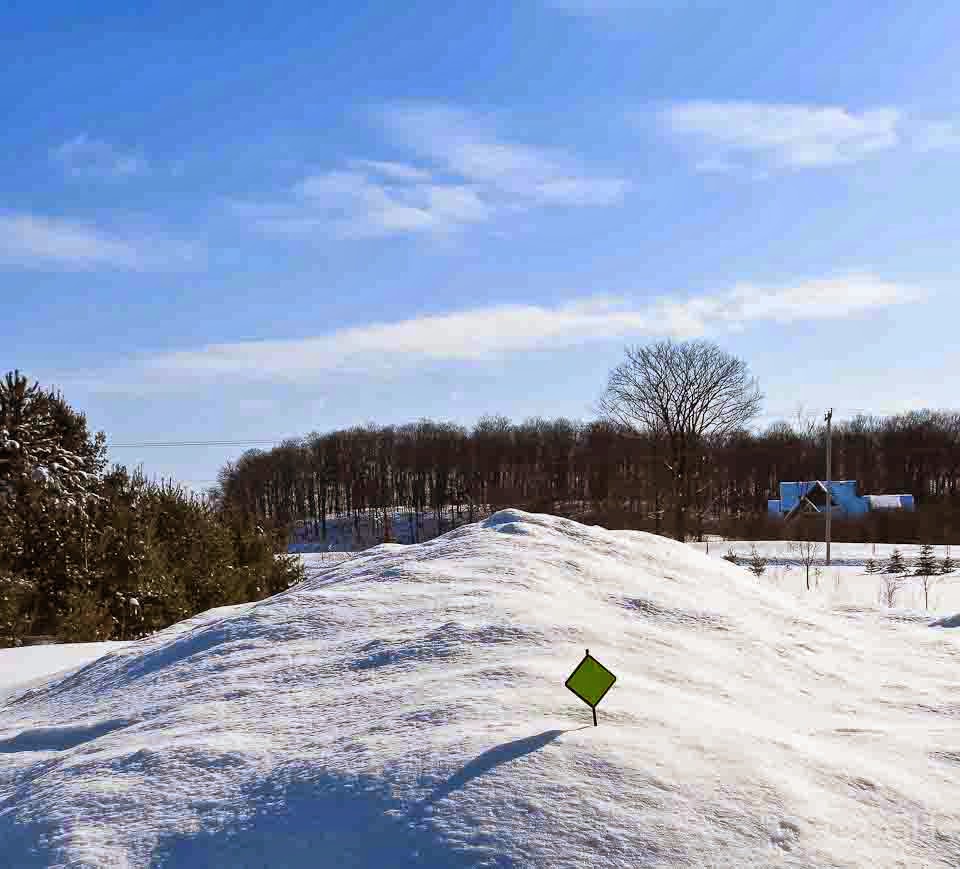 Out the back of the driveway this is the pile the snowblower has deposited over the winter.  Last year it was about 2 feet high; this year it is over my head.  (That's a four foot driveway stake sticking above the snow pile. 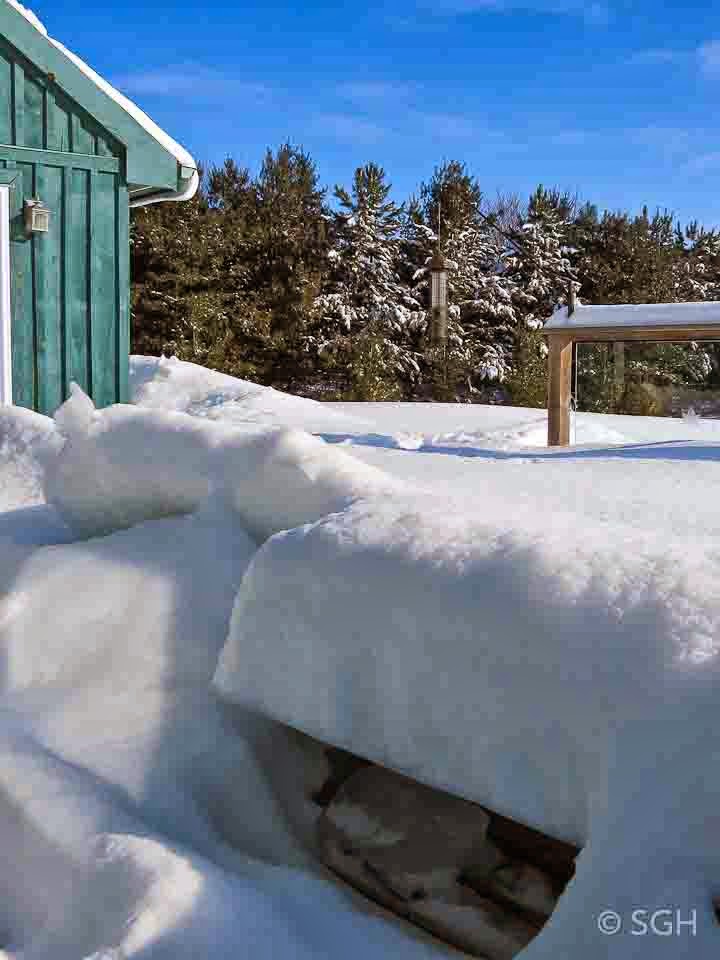 A week or more ago it was warm enough that the ice on our back roof crashed off onto the deck like a thunderous avalanche, breaking into big chunks like ice-bergs.  Then it promptly froze in place again, so I can't move it.  Then it snowed a foot on top.  Winter isn't over yet! 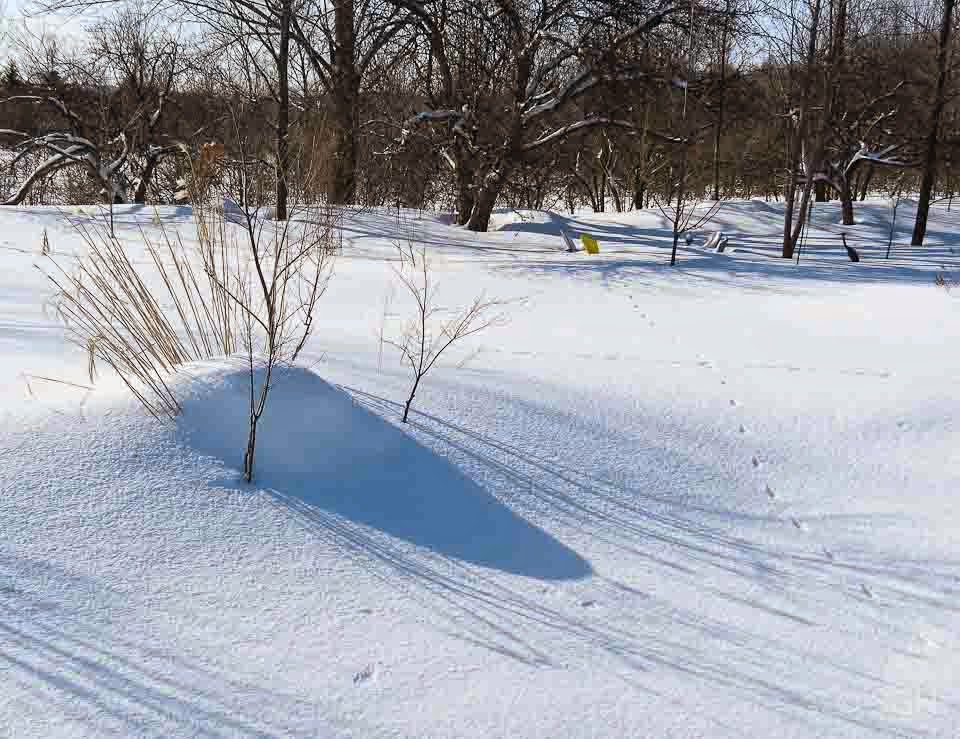 On the other hand, the side yard looks very peaceful.  Note the tops of the adirondack chairs sticking above the snow under the old apple tree, and the fox tracks leading that direction.  This would just be an ordinary winter if it were late February - but it's now late March, and this amount of snow still around is unheard of!  Still, it was a beautiful sunlit day.