Another place I've tried skiing this year is at the Sauble Beach XC Ski Club, just upriver from Sauble Falls, near the shore of Lake Huron at Sauble Beach.  The ski trails run through forested sand dunes a mile or so behind the beach, so they're up and down, up and down, and more up and down. 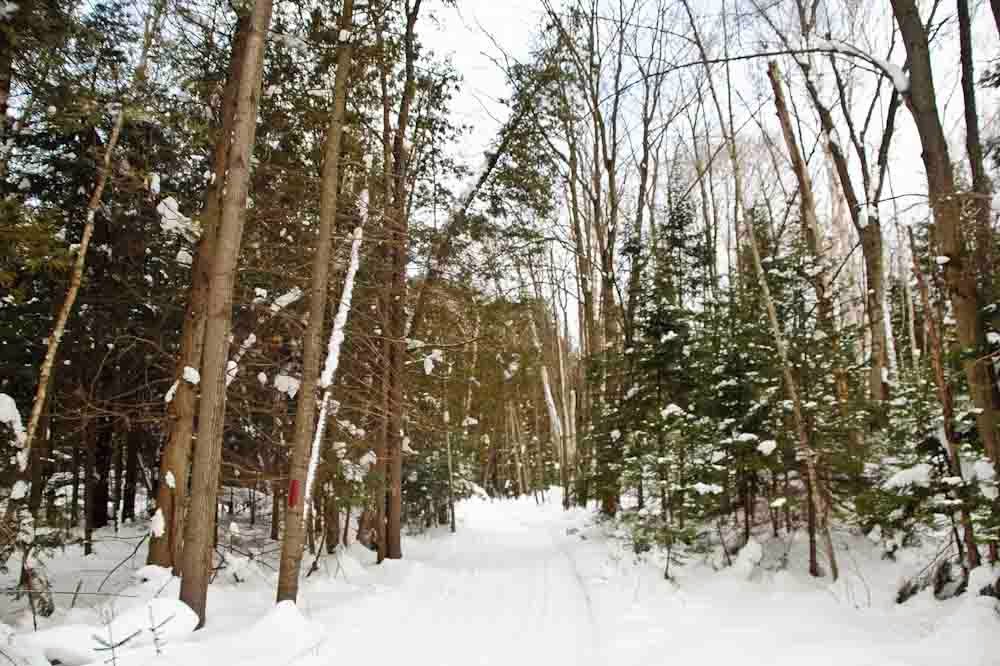 One main loop of the trail is quite flat, well groomed, and wide, with a double track-set ski trail so you can ski side-b-side.  It was a nice day, but fairly late in the afternoon when I got there and I was all alone. 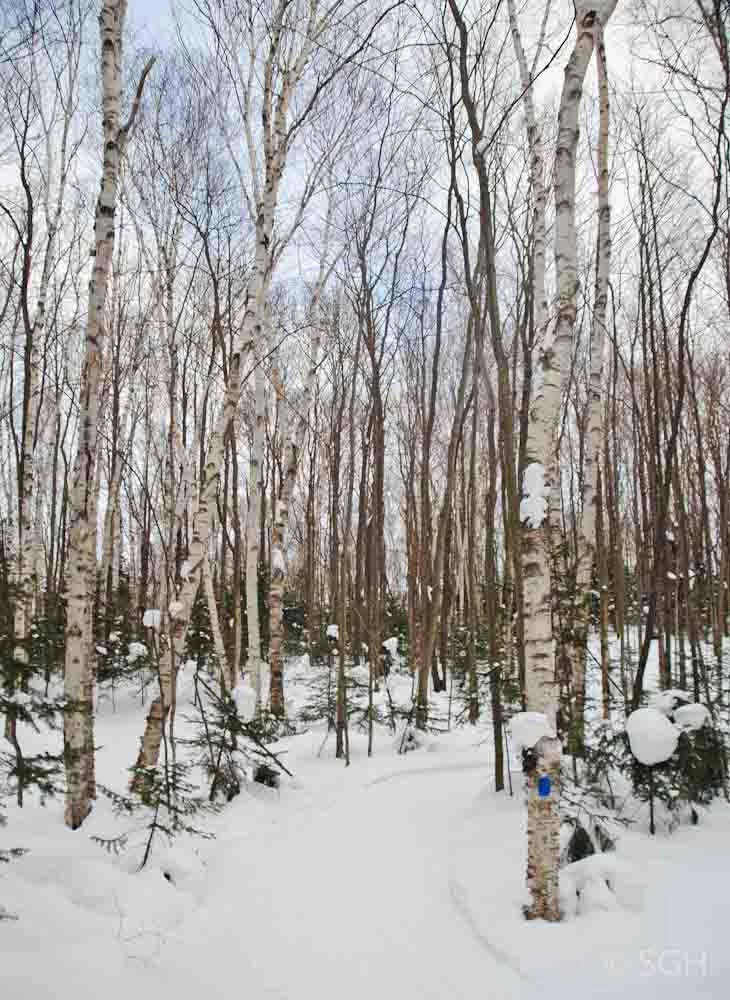 Much of this forest was white birch, along with some spruce and balsam, which always gives the woods a nice atmosphere I think.  And some trees had some really large curly peels of birch bark hanging from the truck. 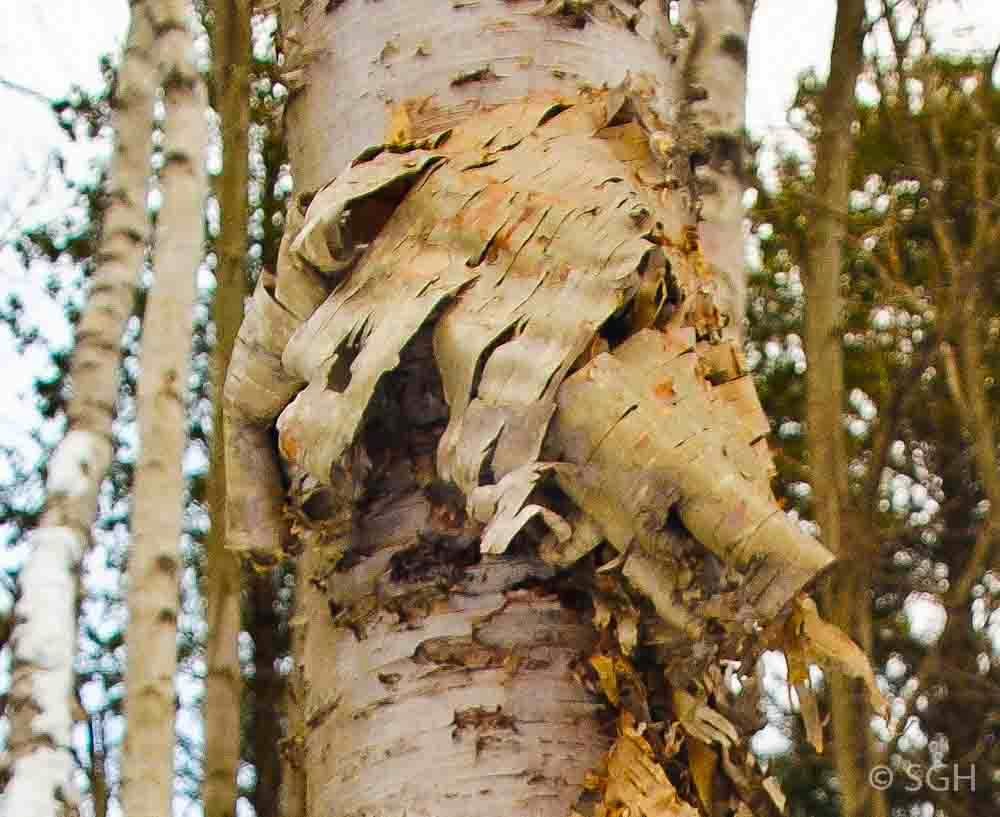 Once I got off the 'Easy' basic loop, there were some interesting hills on the intermediate trails through the forest which I enjoyed (below).
. 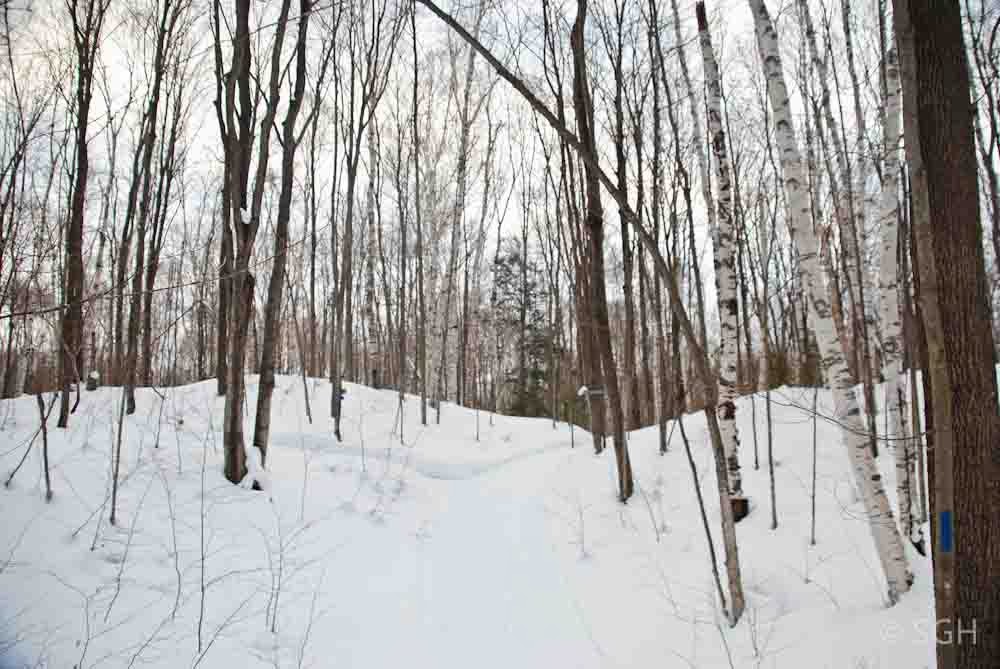 These trails were well cared for, and well blazed, the bright red blazes for the 'Easy' trail, which you needed to take for a distance to return to the parking area. 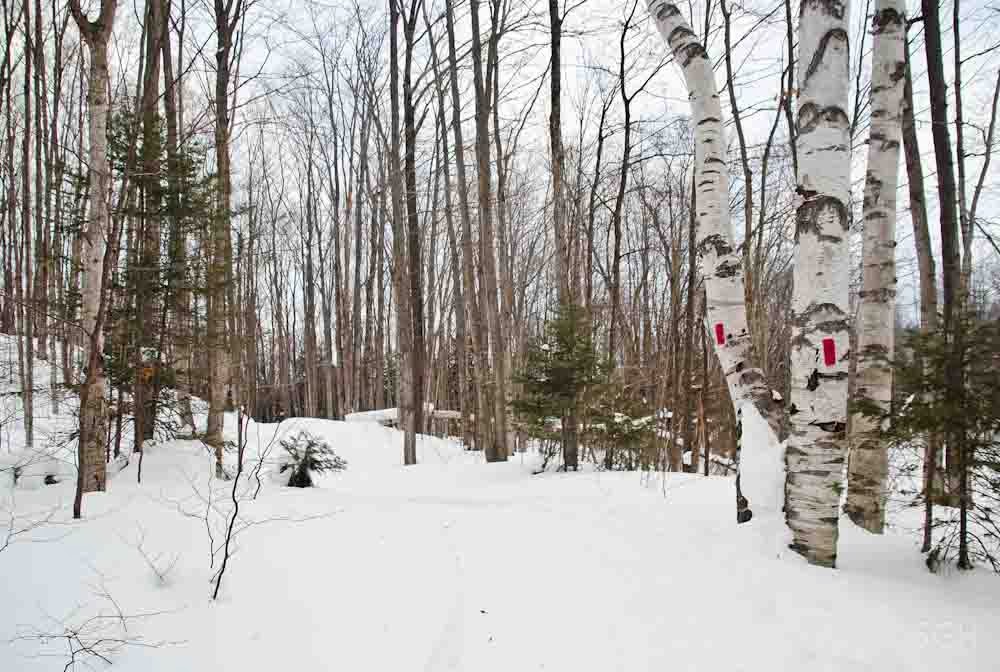 My verdict was that these were very nice ski trails, and well maintained; there was even an outhouse.  But I prefer bigger and longer hills, so I'm still ranking my closest club, Glenelg, as the best. 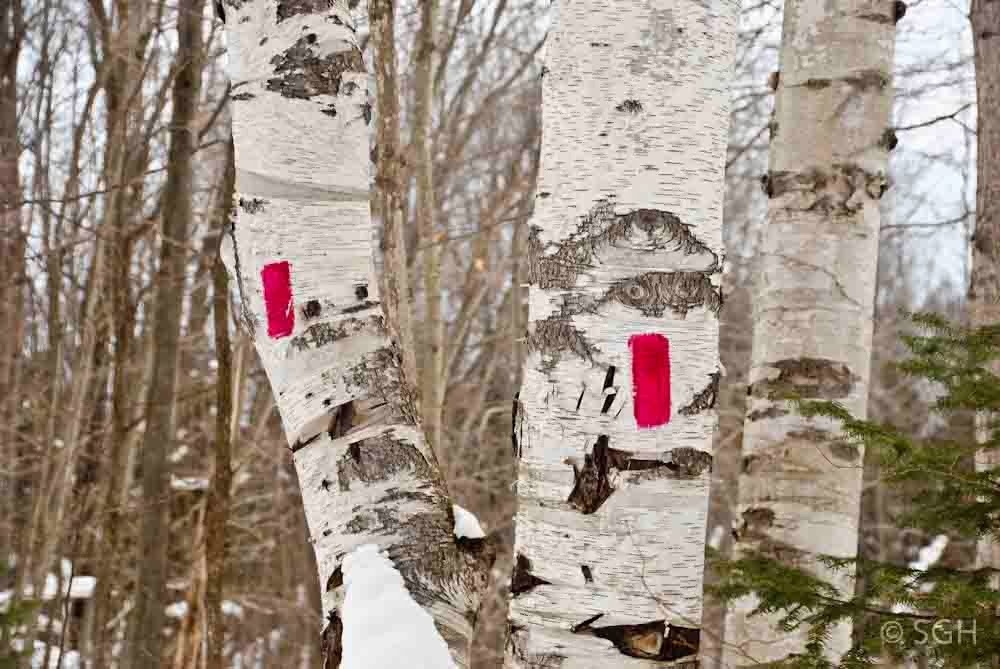 Someone certainly didn't want us missing the blazes!

My internet service has been abominable for two days now, and it's taken ages to get this post up.  I hope they get it fixed soon; it's amazing how dependent on it we've become! 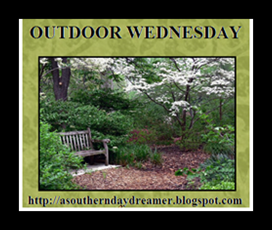