An important point about good photographs that I learned on one of my first photo outings was simply stopping, slowing down, and 'paying attention to composition'.  Our leader actually had us look through little rectangles cut in cardboard to think about how we wanted to compose our pictures.  By trial and error I've learned a lot about what appeals to me as a good picture since. 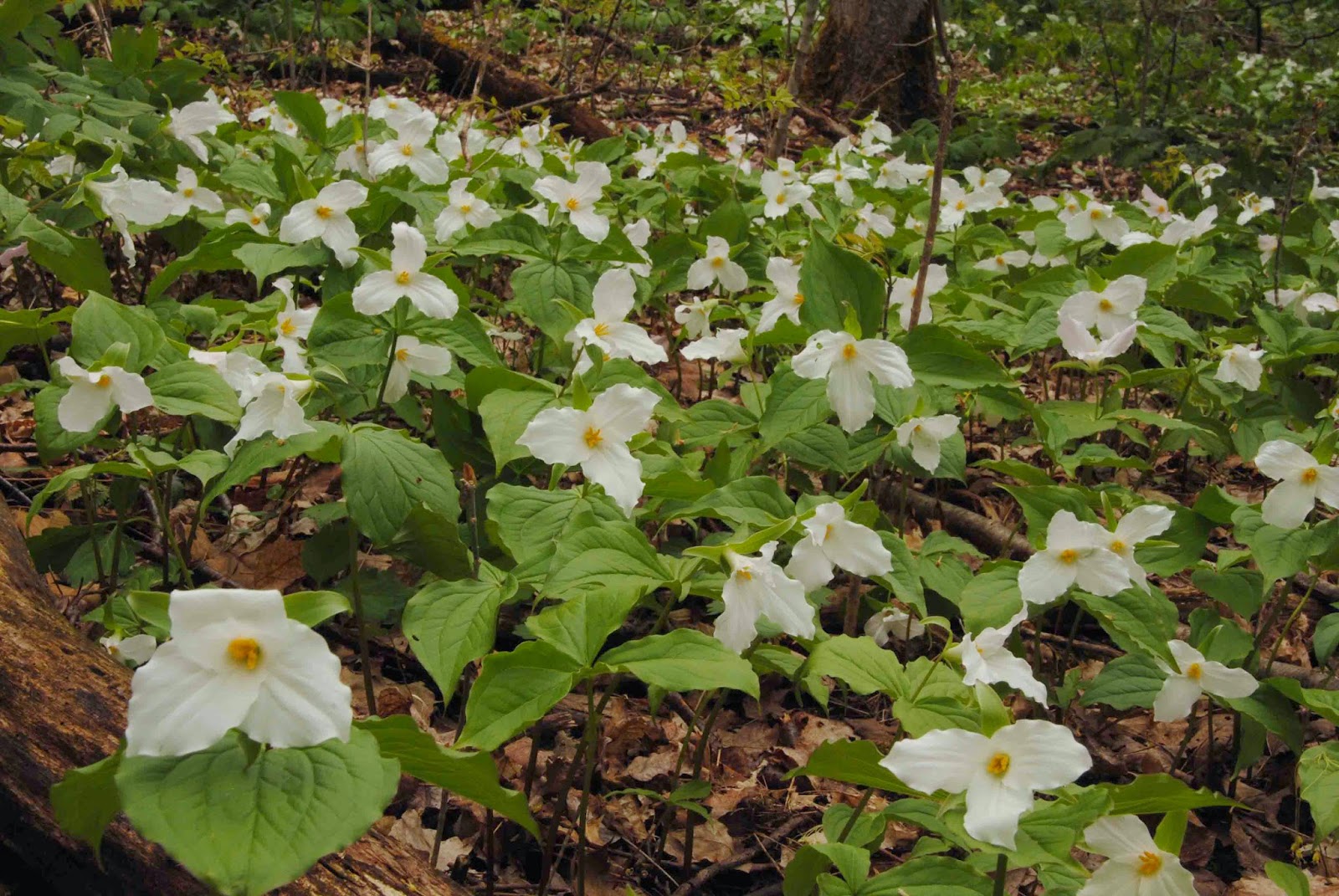 One thing is to try and shoot your pictures to 'have something in the foreground'.  I think this picture of trilliums with the two flowers up front fairly close works better than any number of photos I've taken of patches of trilliums 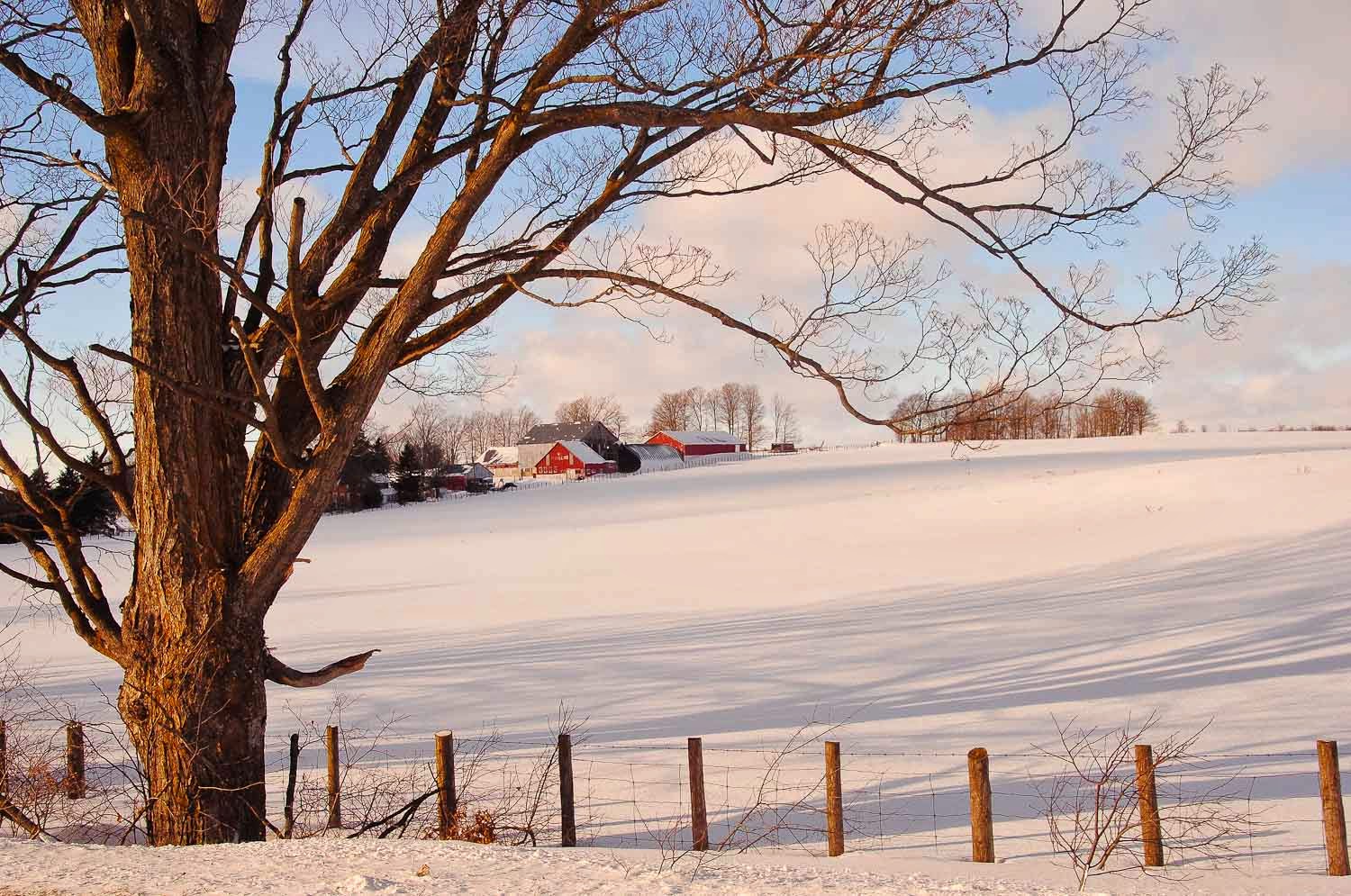 And this photo, another of the red barn I shared earlier in the winter, has the tree and fence up front, but also they serve to 'frame the picture'.  This seems to be almost always useful in landscape shots. 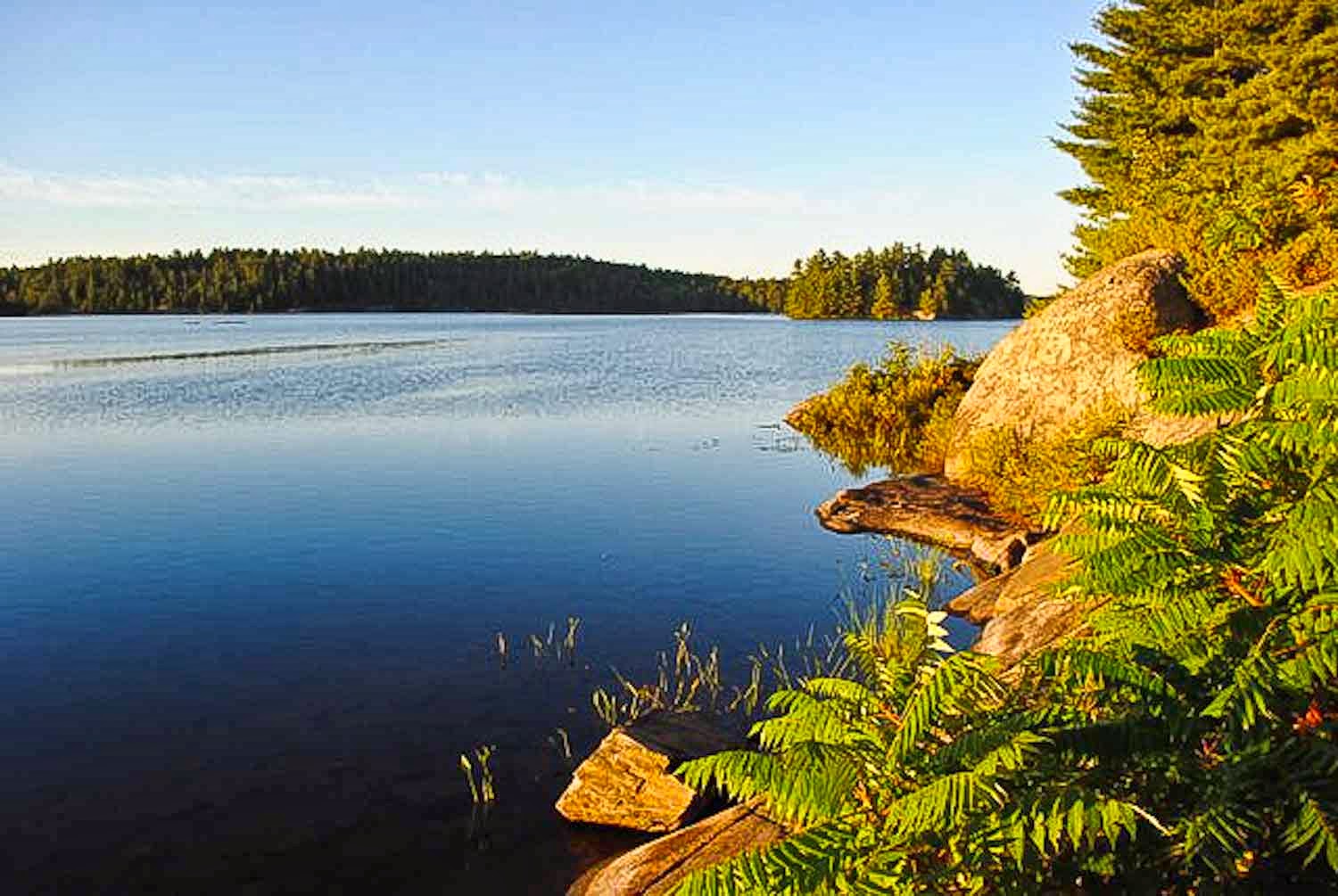 This shot of a northern lake, from a canoe trip several years ago, illustrates the 'rule of thirds'.  Try to divide your photo in thirds sometimes rather than always have it symmetrical.  Here the shoreline is approximately the right third of the picture, and the sky is approximately the upper third.  But it's the light of the early morning sunrise that makes it. 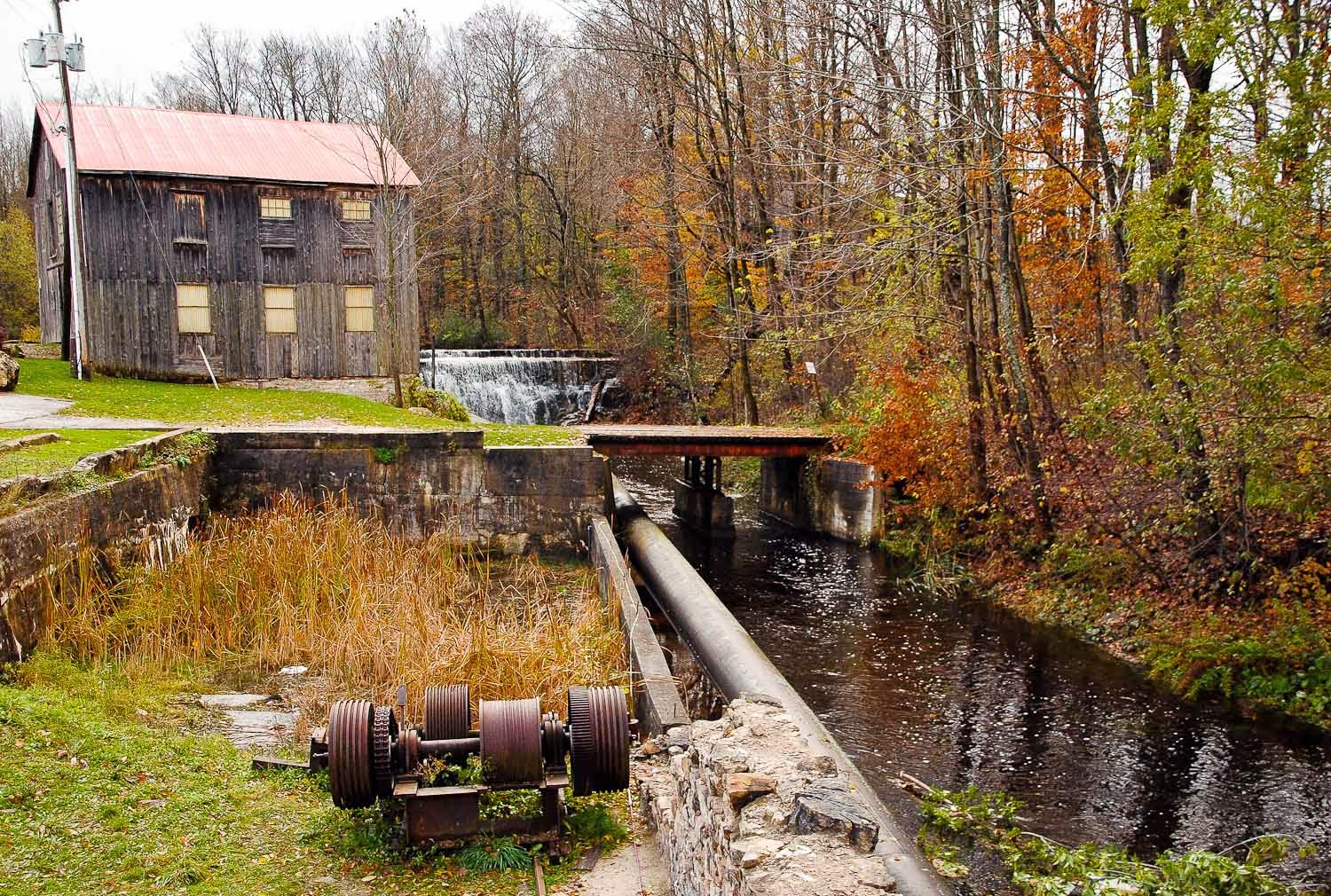 Stand far enough back from your subject to 'capture the context'.  Here, I wanted a picture of the old mill and dam at Walter's Falls.  But I think it was a lot more effective to shoot from further back and show the millrace, the water flume and some old machinery, than closer. 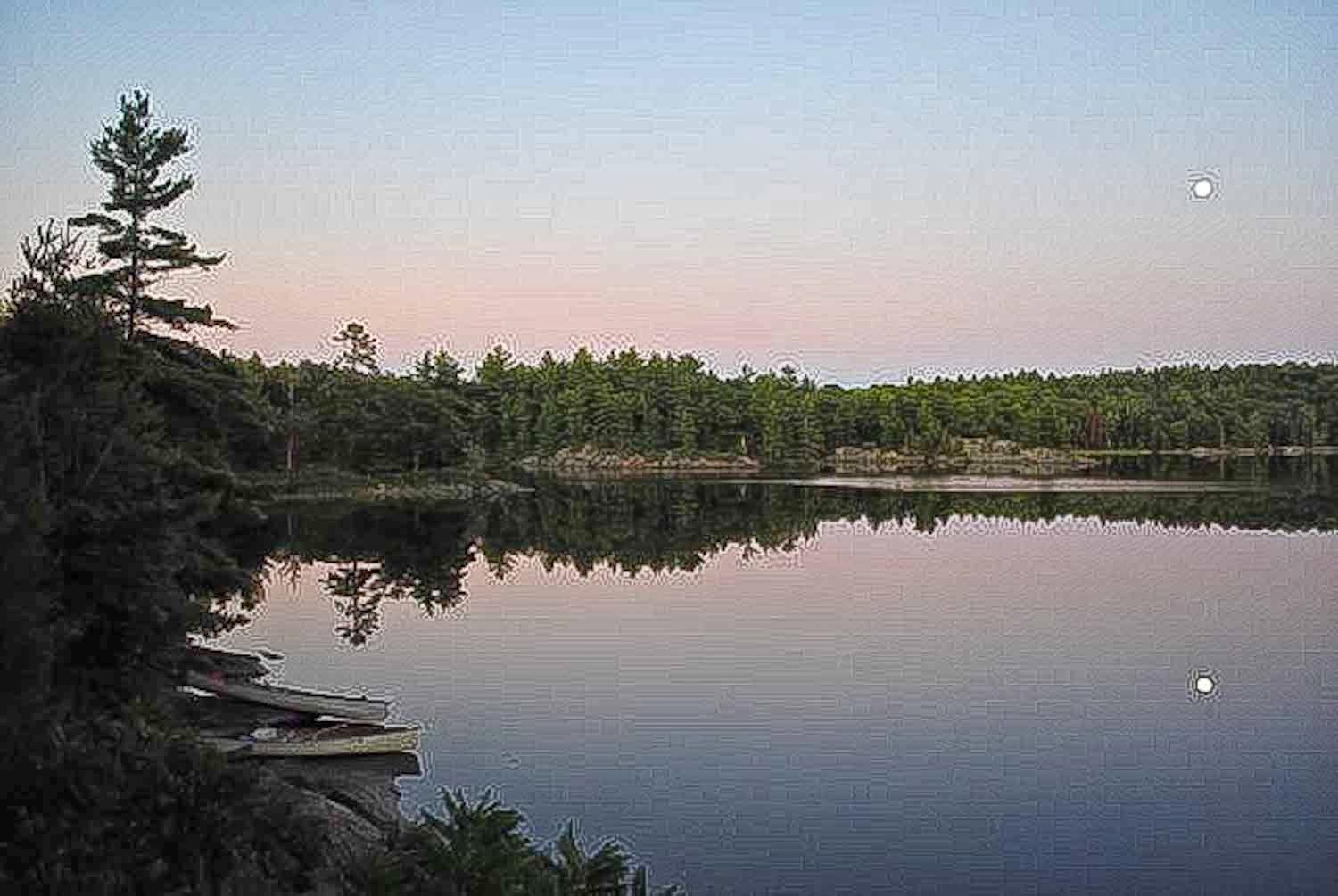 This picture of the moon rising on that northern lake shown above also shows the 'context' of the shot.  I could have taken a close-up of just the moon, or just the moon and its reflection, but I think the bigger picture, with the canoes in the lower left, illustrates the moment - evening on a canoe trip - much more effectively.  This shot also reminds me to 'be there when the light is right'! 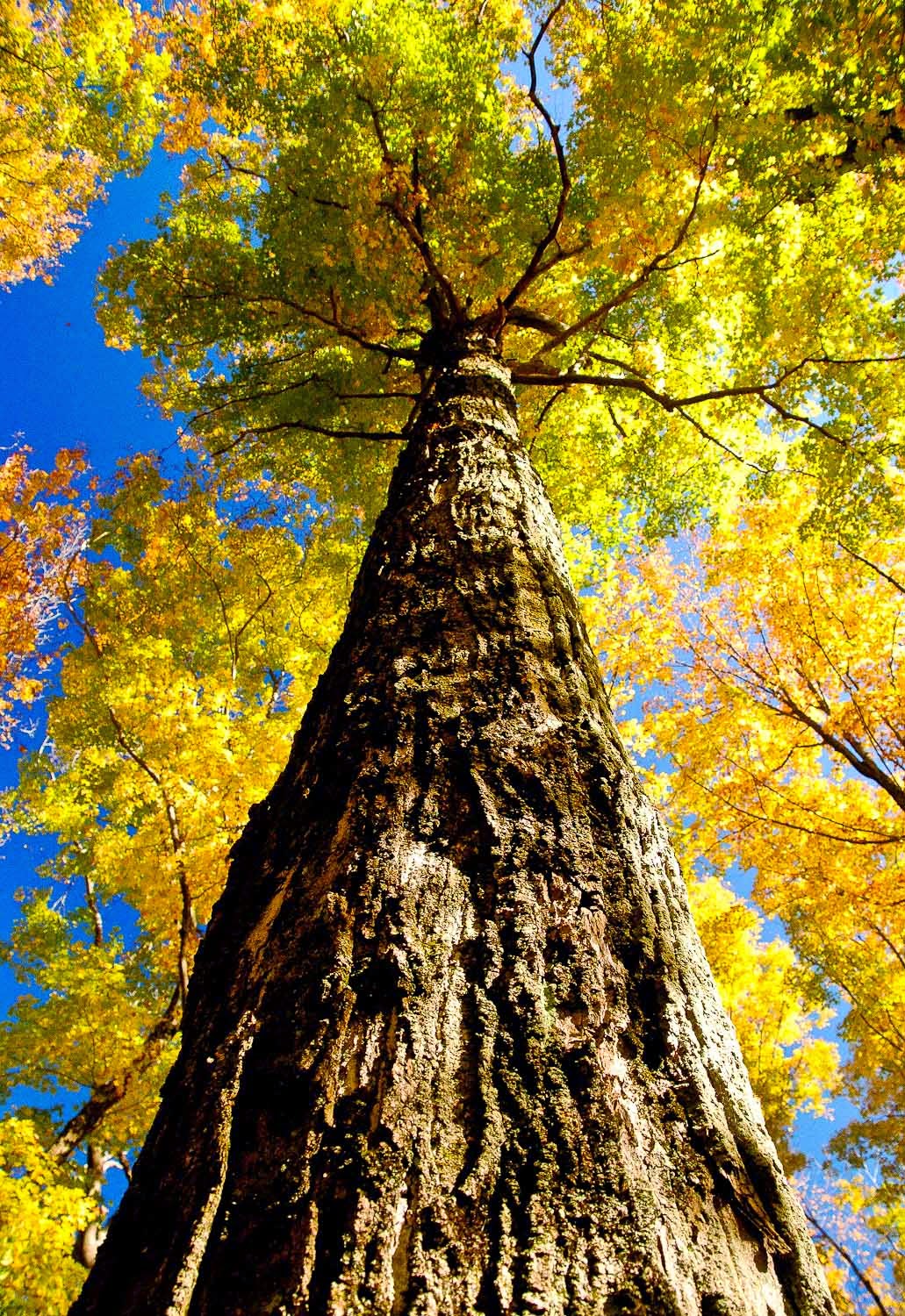 'Try a different viewpoint'.  I've shot hundreds of pictures of big old trees, but a few years ago I tried this viewpoint.  I found it very effective, and often shoot pictures like this now. 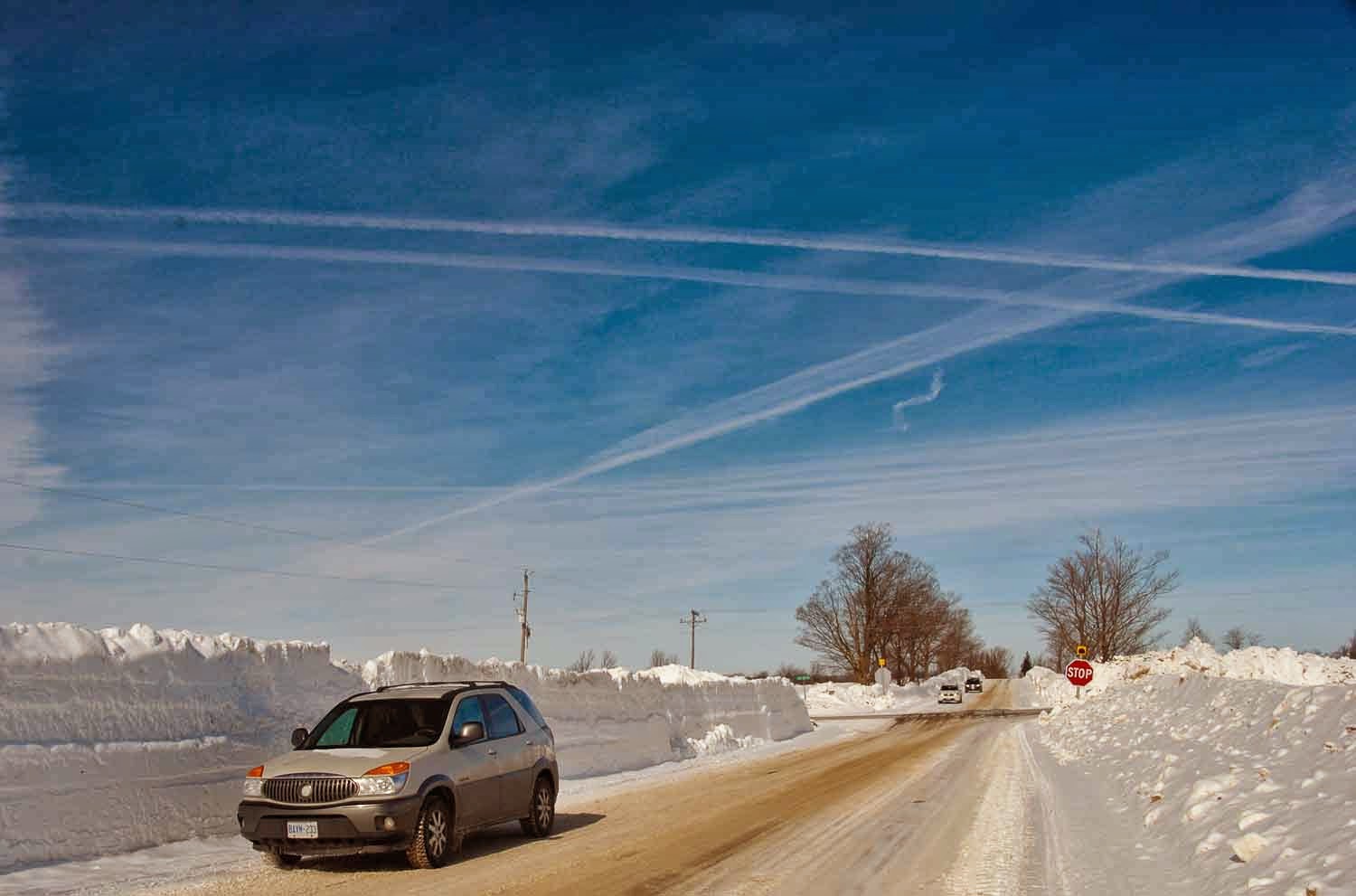 And sorry about another snowbank, but it's the only one I can find quickly to illustrate the 'importance of scale'.  Some pictures like this would be meaningless with out an object like the car here, for scale.

Tomorrow, breaking the rules about light.