The skies were sunny and blue over Blue Mountain, and as I drove westward home I got a great series of views of the escarpment from further and further away. 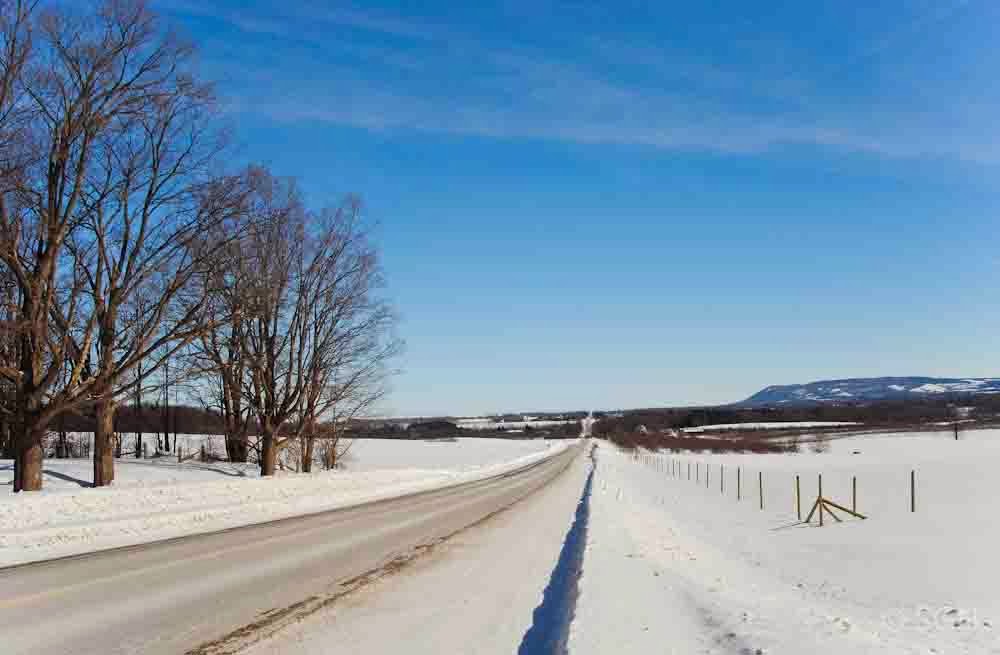 This is the kind of perfect winter's day that you wish the entire season would be like!  Great weather to get out and enjoy winter - later on I went cross-country skiing for a couple of hours. 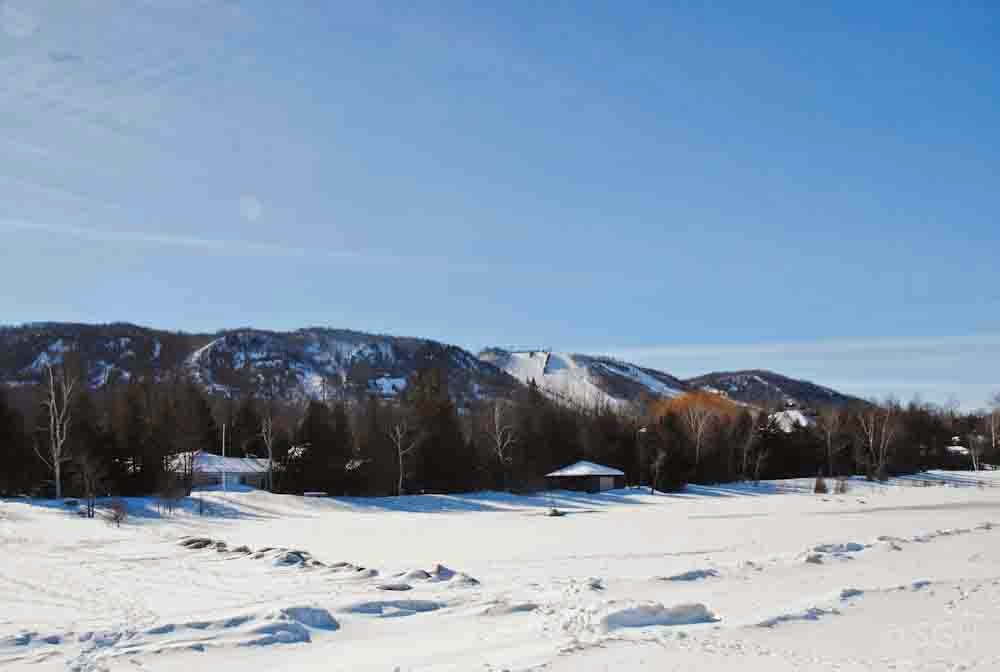 The escarpment curves to the west north of the ski hills I posted pictures of yesterday, and for a short distance the slopes are actually too steep for skiing; then there's another final private club, Georgian Peaks, before you start leaving the mountain behind. 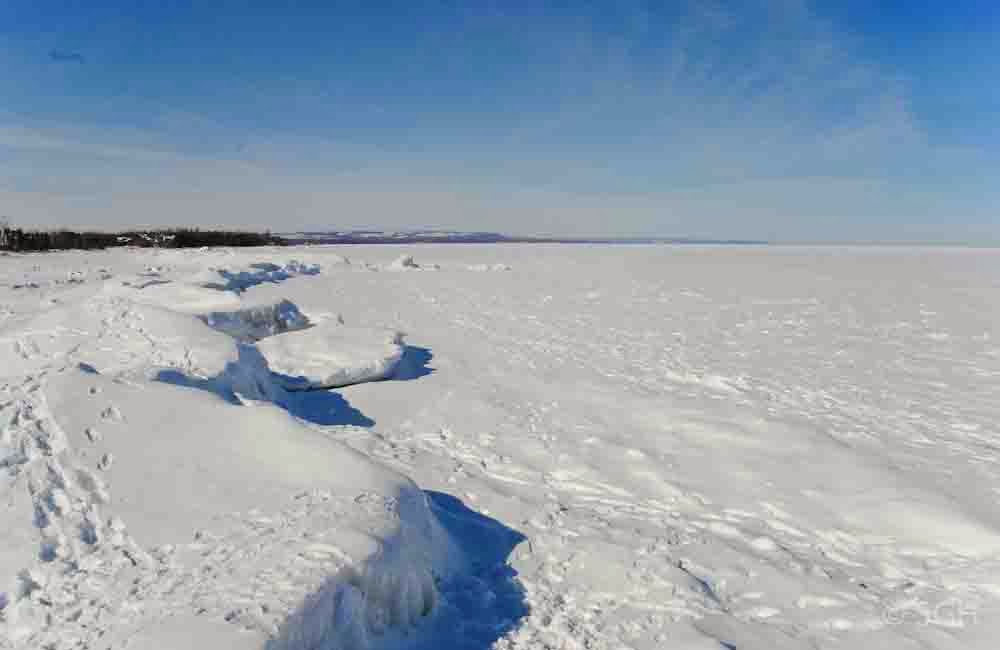 I stopped on the shore of Georgian Bay for a moment to find it frozen as far out as I could see.  You can see the escarpment further west in the distance in this photo - that's actually after it has dipped down 40 km. to form the Beaver Valley, and returned to the shoreline just east of Meaford. 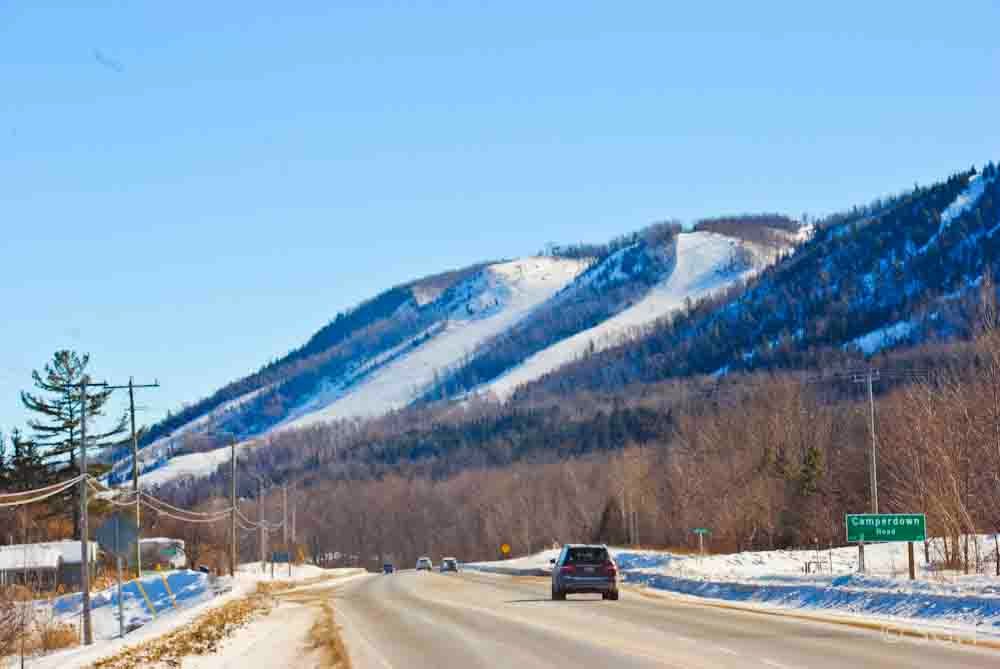 I headed west past the last ski hill and it quickly lessened in size behind me. 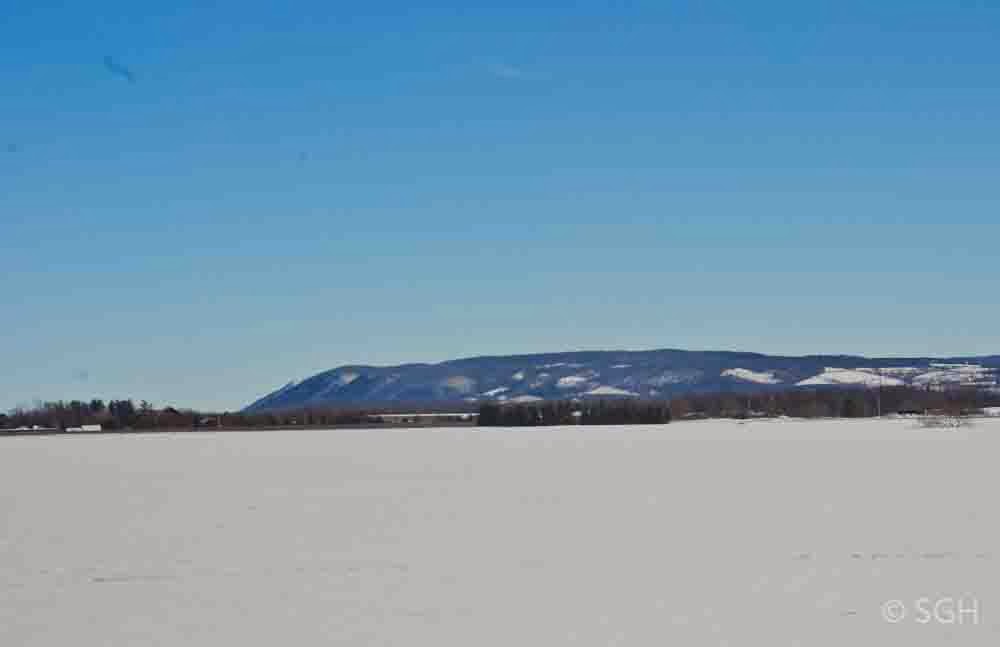 Shortly I was ten miles away, looking across a farmer's field at the hill in the distance. 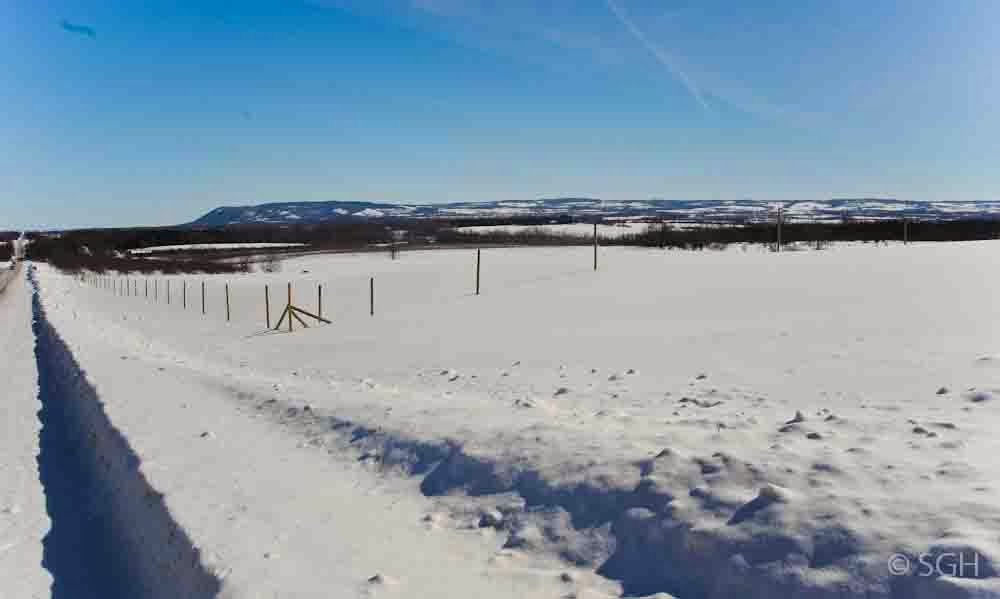 And then ten miles further still.  But on a day like this, Blue Mountain is a landmark you can see for a long distance around here.  And the skies were beautiful too, so....