Spring is on Its Way!

We had a beautiful sunrise the other day, when the sun managed to stay within sight below the clouds for half an hour.  But what I noticed immediately was that the sun was rising considerably to the east of where it did only a month ago!  The sun is moving north again; spring is on its way! 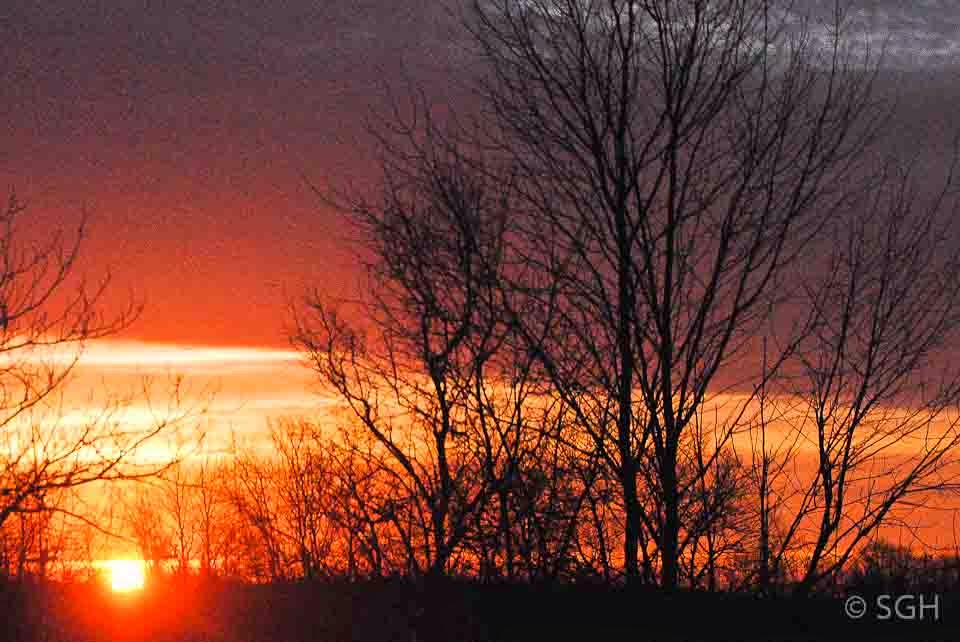 Compare these two photos carefully.  The one above was two days ago; the one below was taken on Jan. 4th.  They're both taken from the same spot on our upstairs balcony, and those are the trees in our fencerow that always show up in my sunrise pictures.  If you check the position of those two largest trees, you'll see the sun has moved well to the east! 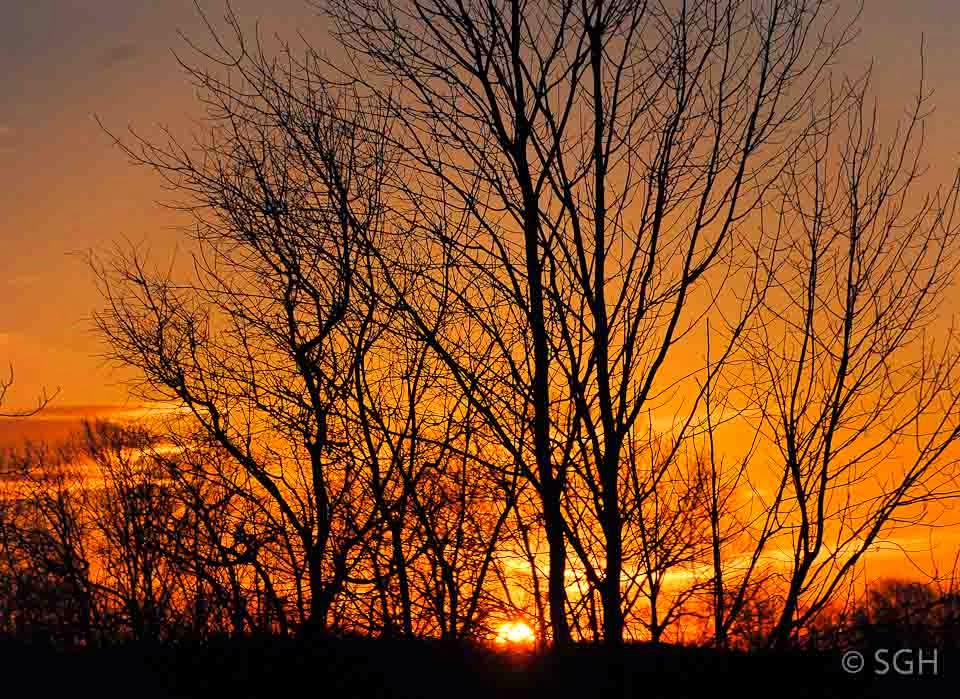 I've been thinking that often in the middle of winter we don't see much change happening in the seasons, just snow and more snow - unlike in the summer, when there are new and different flowers in bloom every few days.  But this reassured me; the season is indeed changing, and unfolding as it should. 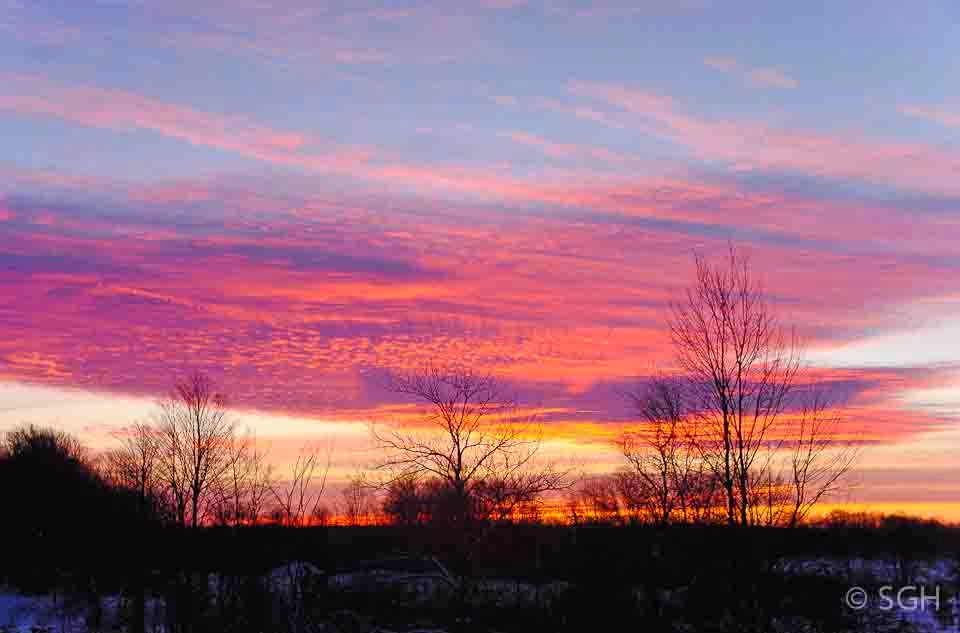 The sunrise actually started out very pink, covering much of the southern sky, though the clouds were closing in from the north behind me. Actually it was red before this, but it took a few minutes to get dressed and grab my camera! 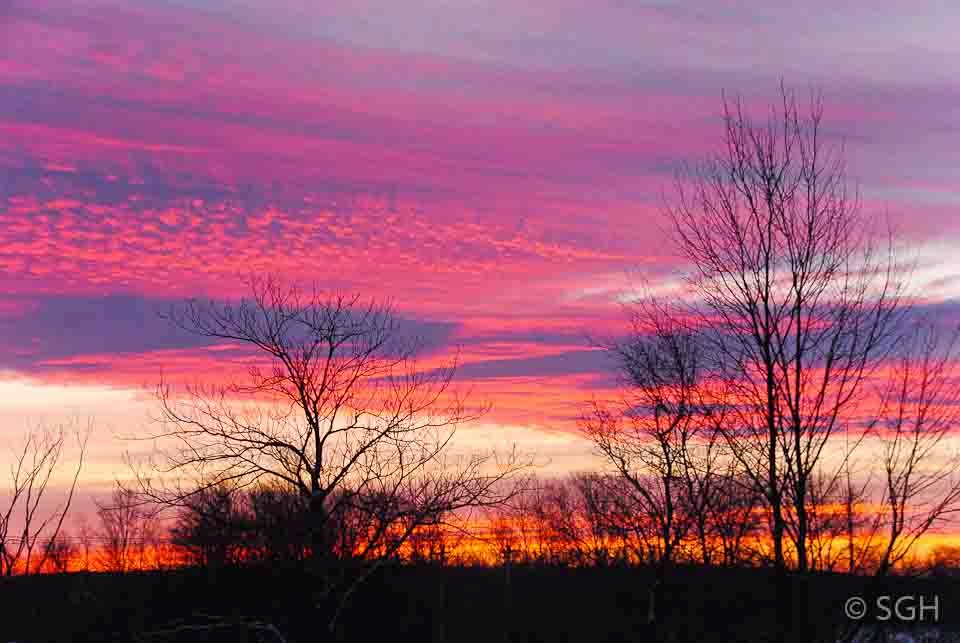 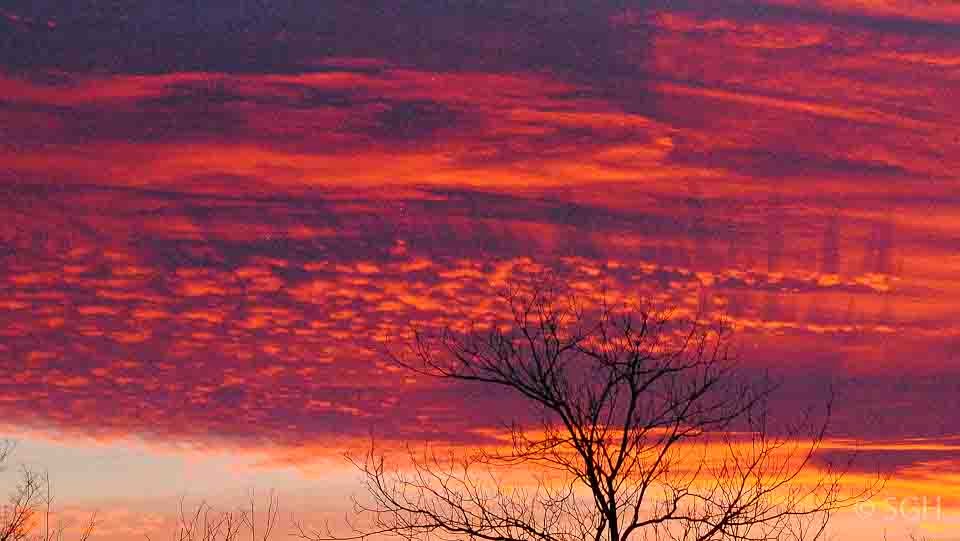 I was intrigued with these small cloud puffs sticking downwards from the main cloud, or floating just below it.  They were all casting upside-down shadows from the rising sun in my direction on the bigger cloud just above them. 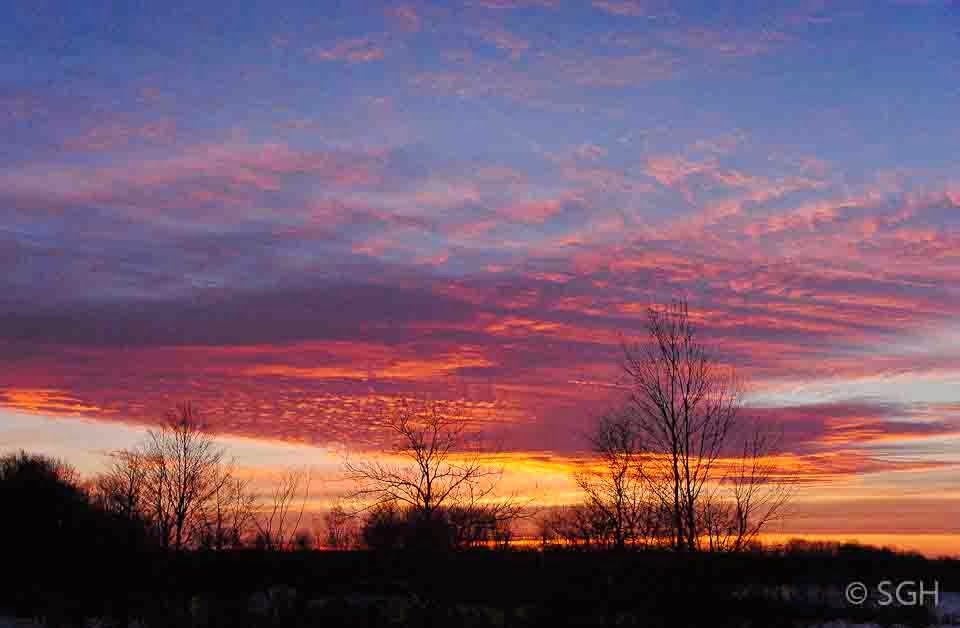 The sunrise gradually turned to orange from pink, and eventually died out when the sun disappeared into the clouds. 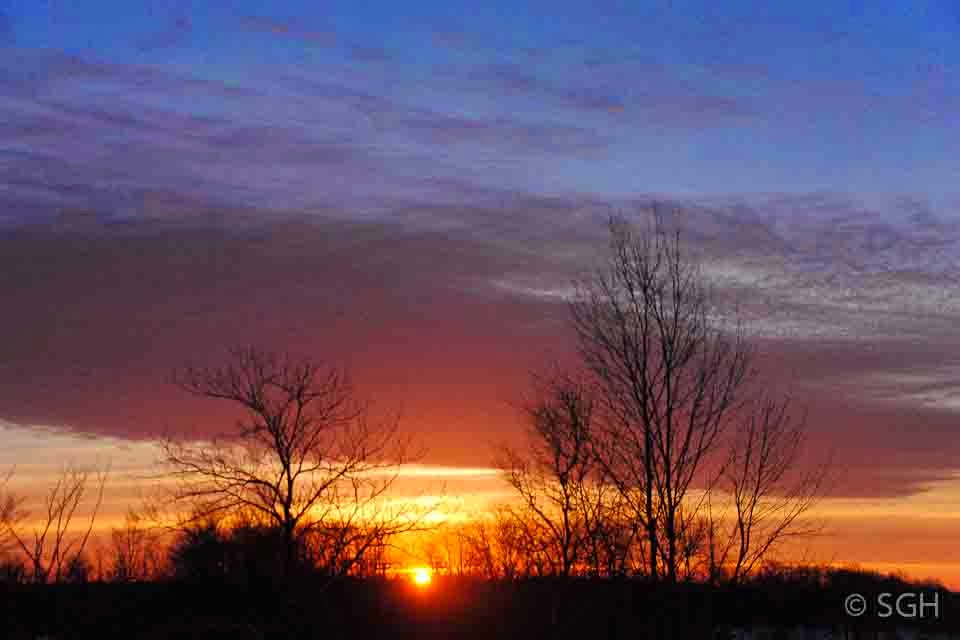 But this was what struck me, that sun rising well to the east of those two big ash trees, telling me that the seasons are indeed changing as they should.


For other skies all over the world, check out: