I went driving east of here to Blue Mountain last week, just seeking pictures on a bright sunny brilliant blue-sky winter's day.  I drove past Blue Mountain Resort, the biggest public downhill ski area around here, perhaps the biggest in Ontario.  It was certainly crowded, but obviously a lot of people were having fun outdoors in the winter sun.

I was really getting these pictures to show this part of the Niagara Escarpment, a section that is quite unique along the entire length of the escarpment in southern Ontario.  The ski slopes are created by the underlying geological formation, the Ordovician Shale, which erodes into the long rolling but fairly gentle slopes.

You can see by the lift line-up how popular the ski hill was on a day like this.  This is just a tiny part of the skiing available; they have 42 runs and 14 ski lifts.  And I had to crop these two pictures to avoid acres of parking lots in the foreground. 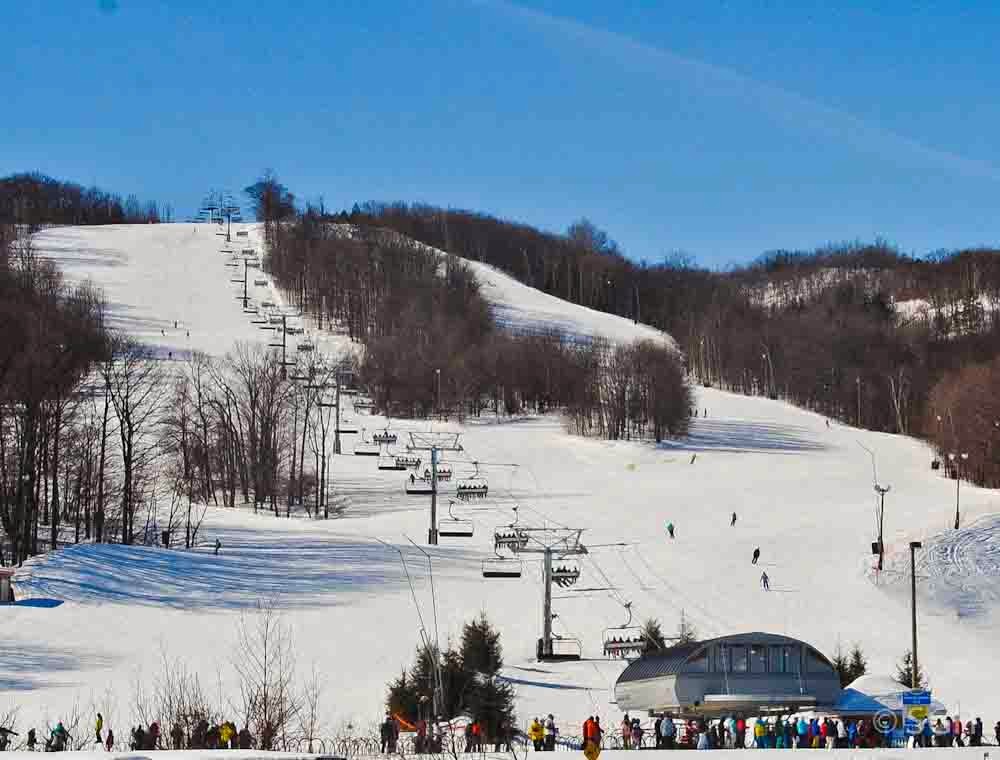 If you look closely you'll see that this is a high speed six-person lift, so in spite of the line-up it goes fairly quickly.  I've given up downhill skiing now, finding cross-country skiing more fun and better exercise, with less risk of falling.  But when our boys were teenagers we got them into it for awhile.  I'm a firm believer that teenage boys need some fairly life-threatening activity to grow up normal! 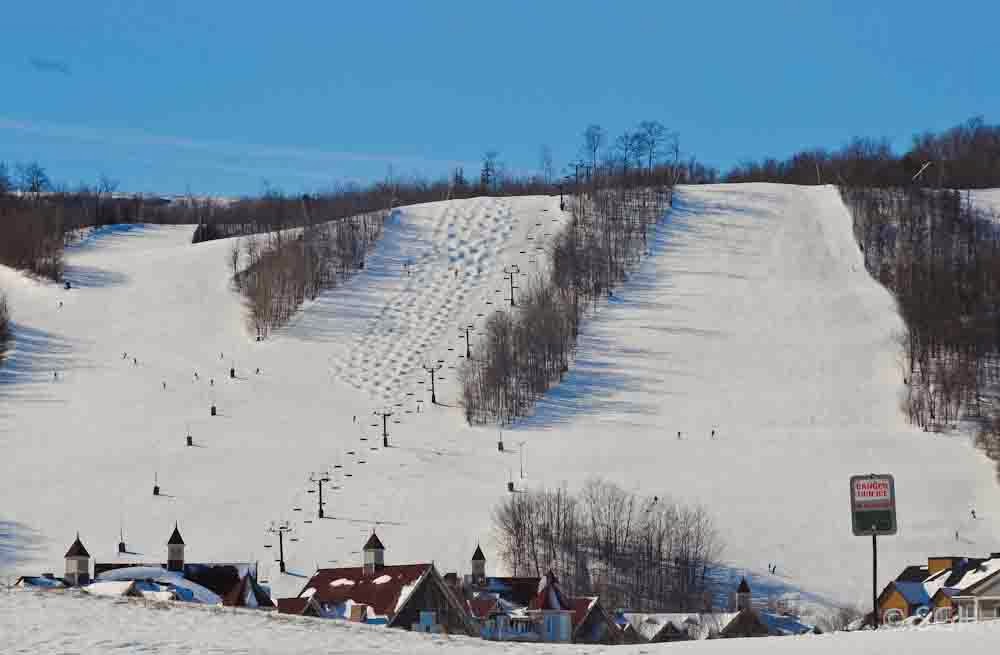 Further along, one of the other runs was the mogul run.  You have to be very good to bounce down these moguls - perhaps you watched it on the Olympics.  The Canadian Dufour-Lapointe sisters from Montreal won both Gold and Silver in this event. 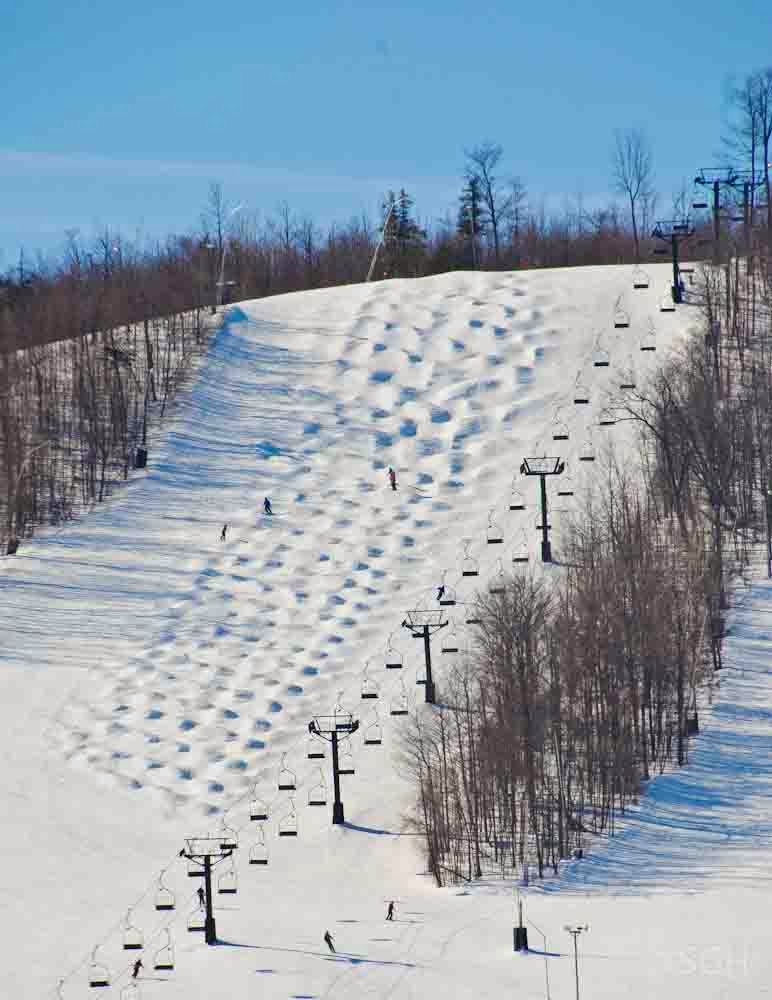 There certainly weren't the crowds on this hill or this lift compared to the other one above!  I did go back and take lessons in my 40's, trying to keep up with the boys, but they left me behind quickly!  But there were a lot of people having fun outdoors at Blue on this sunny day. 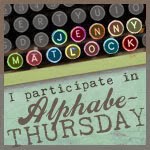 where the letter this week is 'O',
in this case for 'Outdoors'!
Posted by The Furry Gnome at 7:14 PM