The most interesting drive we did in the Great Smokies was the one-way loop road through Cades Cove.  This is a beautiful flat-bottomed valley that was settled in the early 1800's, and today provides a number of interesting old buildings and homesteads you can visit.  It really was a tranquil and scenic valley in the mountains. 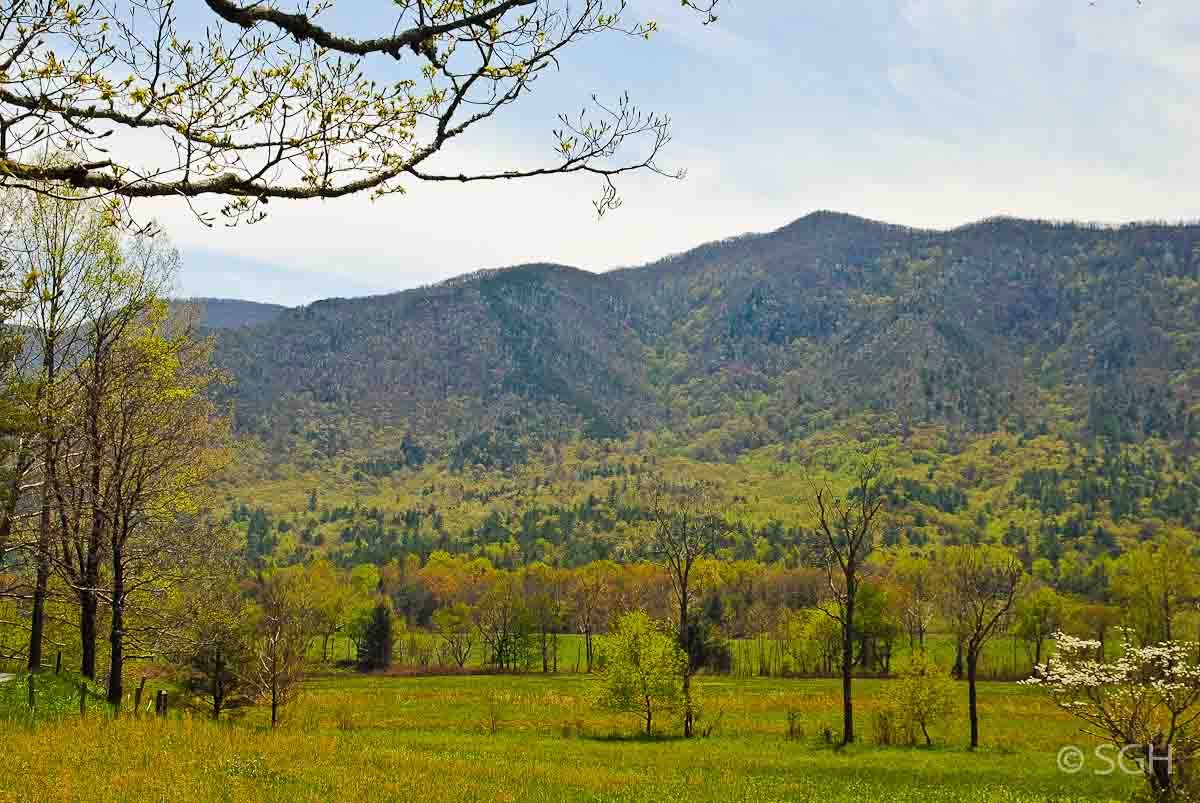 This short drive illustrated to me how the park was developed from land that had already been settled or logged for the most part.  Land was finally acquired in the 1930's, mostly from forestry companies to enable the park to go ahead.  But this valley features the early farming settlement. 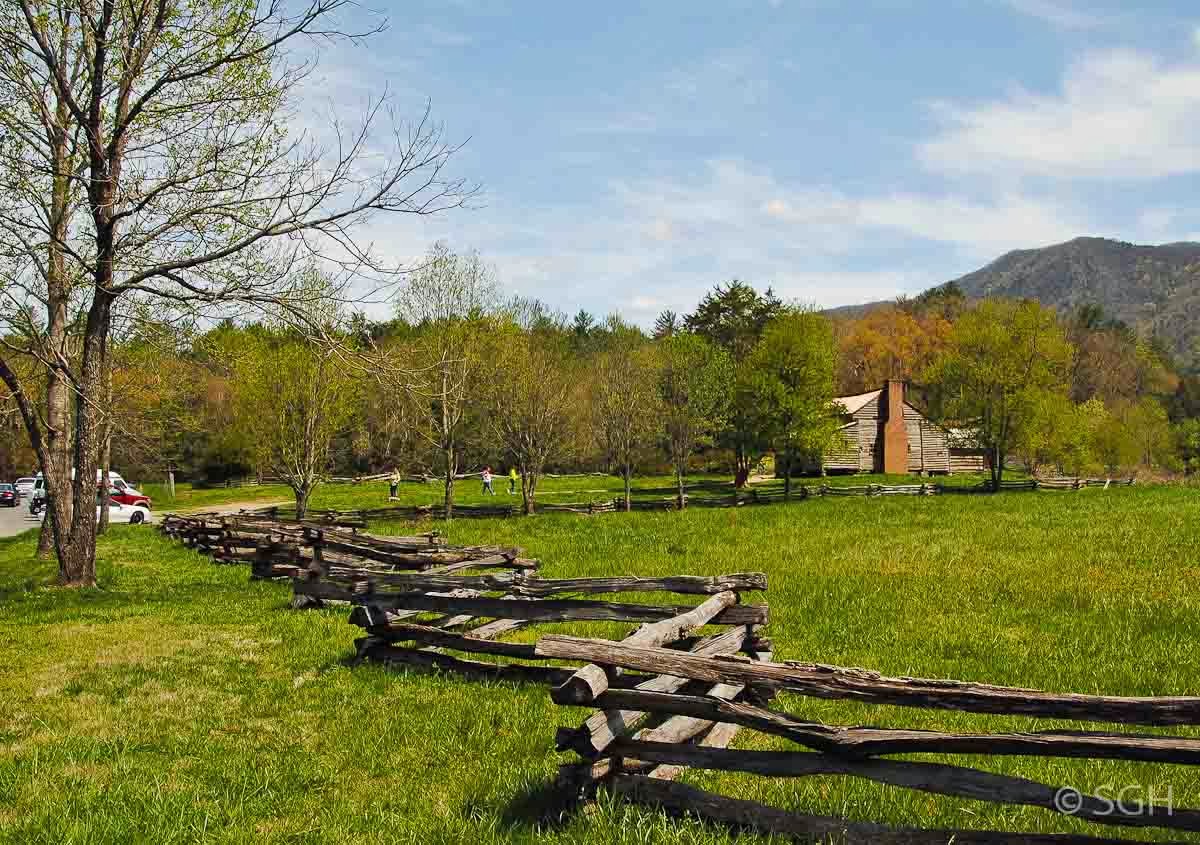 Each homestead had been restored to some extent, and provided information on who the actual settlers were.  It was fascinating for me to see the variety of log construction used in most of the homes and barns - part of our house is a modern log cabin, which we built ourselves 'with some help from my friends'. 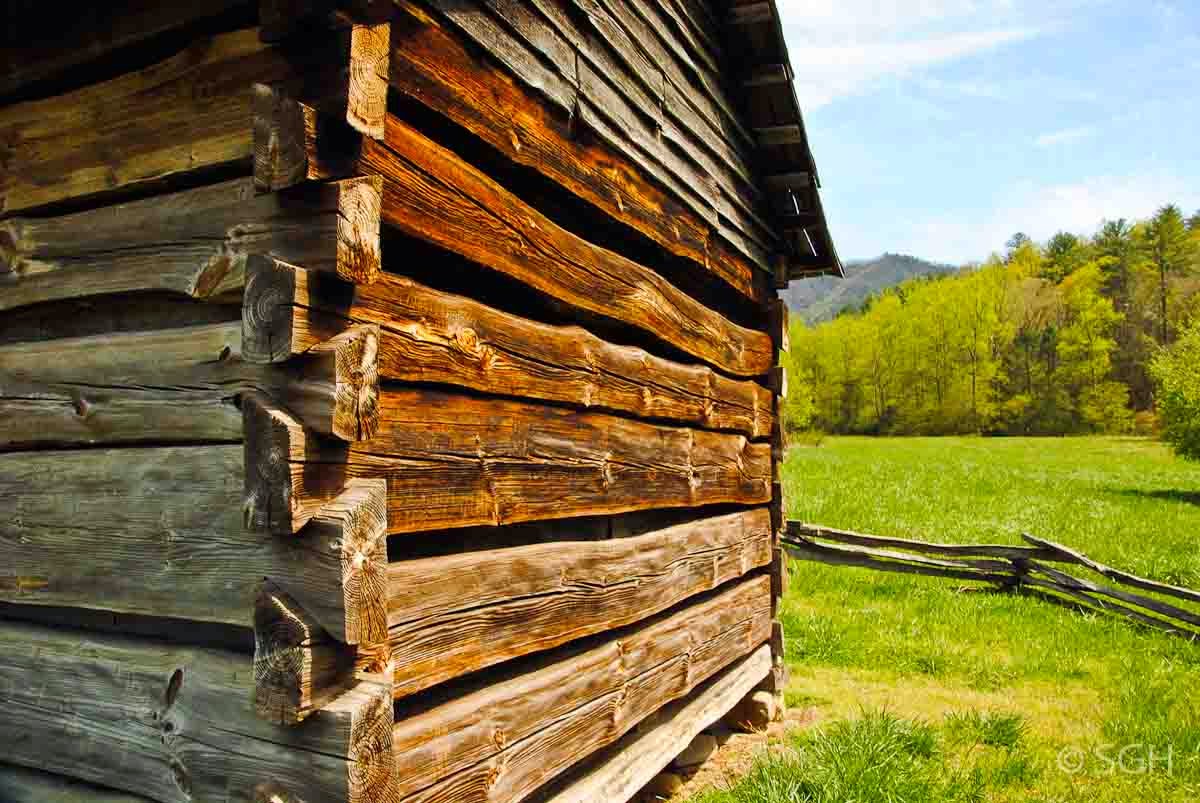 There were more homesteads than we could take time to stop at; you would really have to allow a full day to see all the sights. 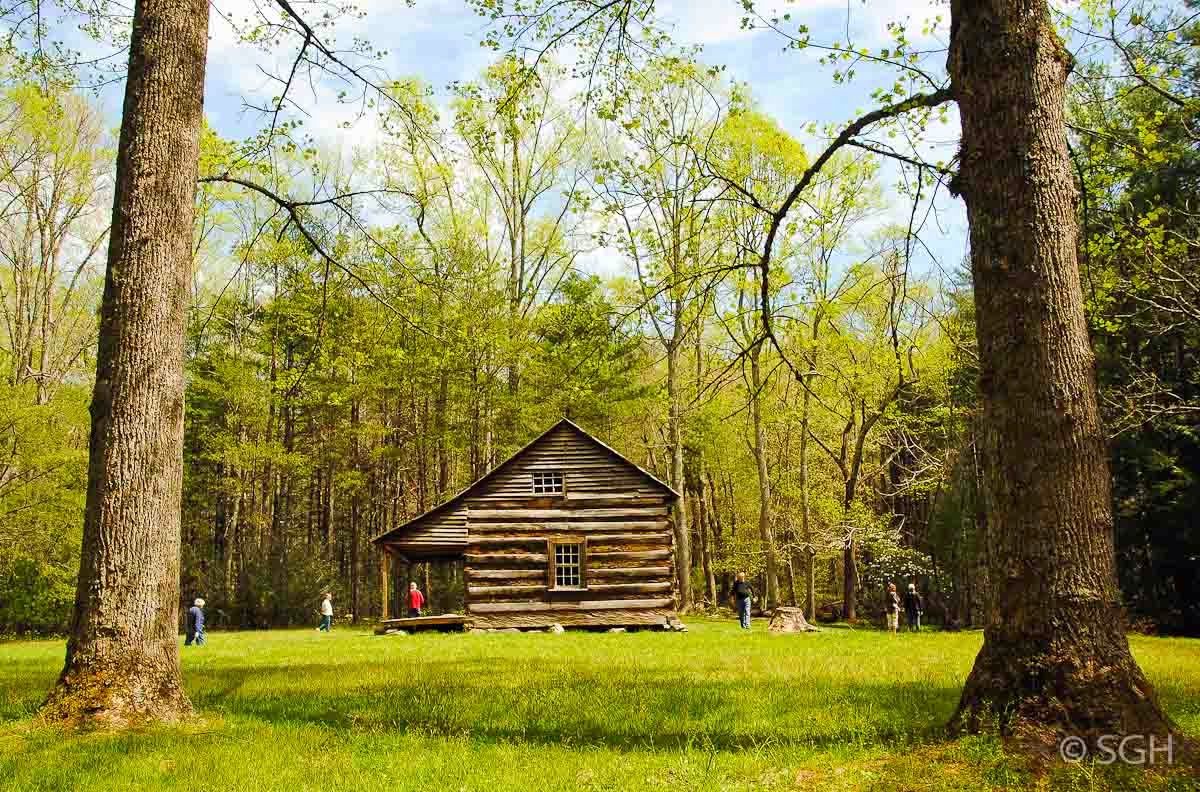 This is a second cabin, here framed by two large tulip trees.  We hardly ever get tulip trees in southern Ontario; they're considered southern 'Carolinian' species here. I could have spent a lot more time exploring the forest itself. 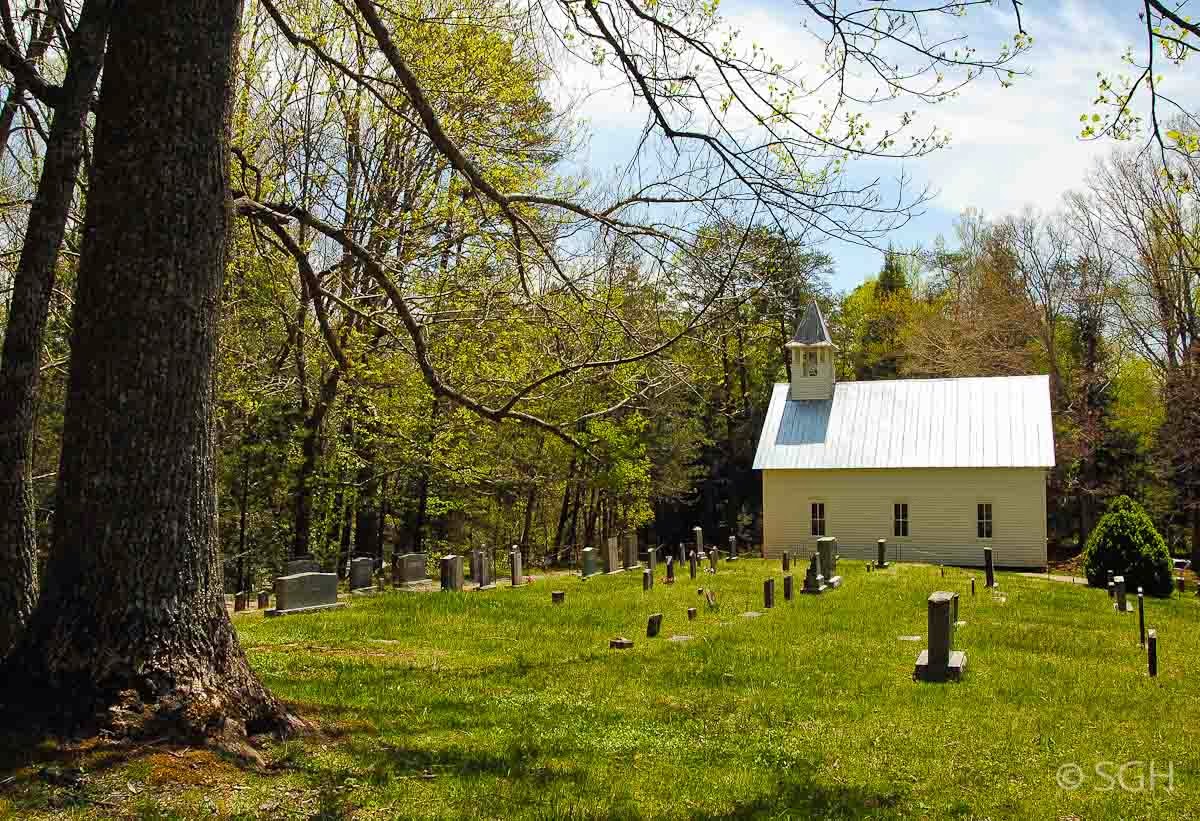 There were 3 churches, which provided more insight to life here than anything else.  All were well worth stopping to see.  As you can see we were there on a beautiful sunny day, about the 3rd week of April. 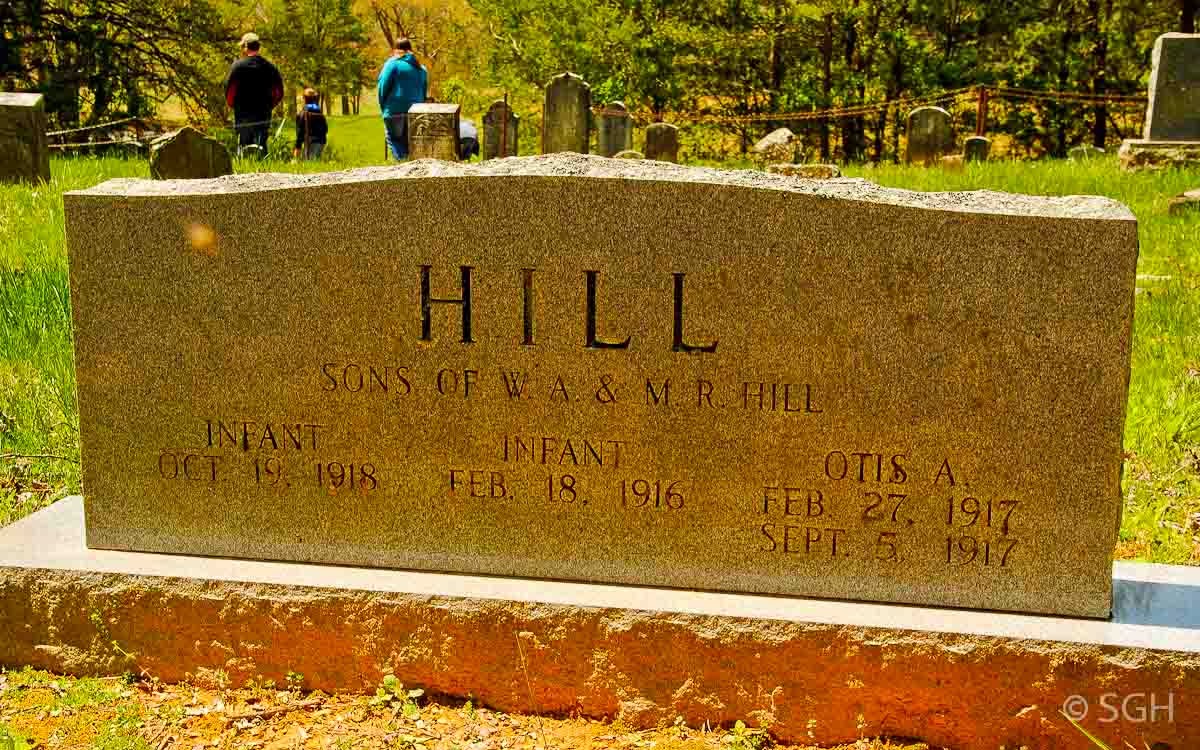 And some of the graves illustrated just how tough life was in those years.  This stone marked the burial of 3 Hill family children - two presumably died at birth; one lived 6 and a bit months.  Not an easy life!  We found several such graves in just this one cemetery.