The many Flowering Dogwoods in bloom were a big highlight of our trip to the Great Smokies. Flowering Dogwood (Cornus florida) barely makes it into Ontario, where it's considered an Endangered Species, and doesn't survive at all where we live. 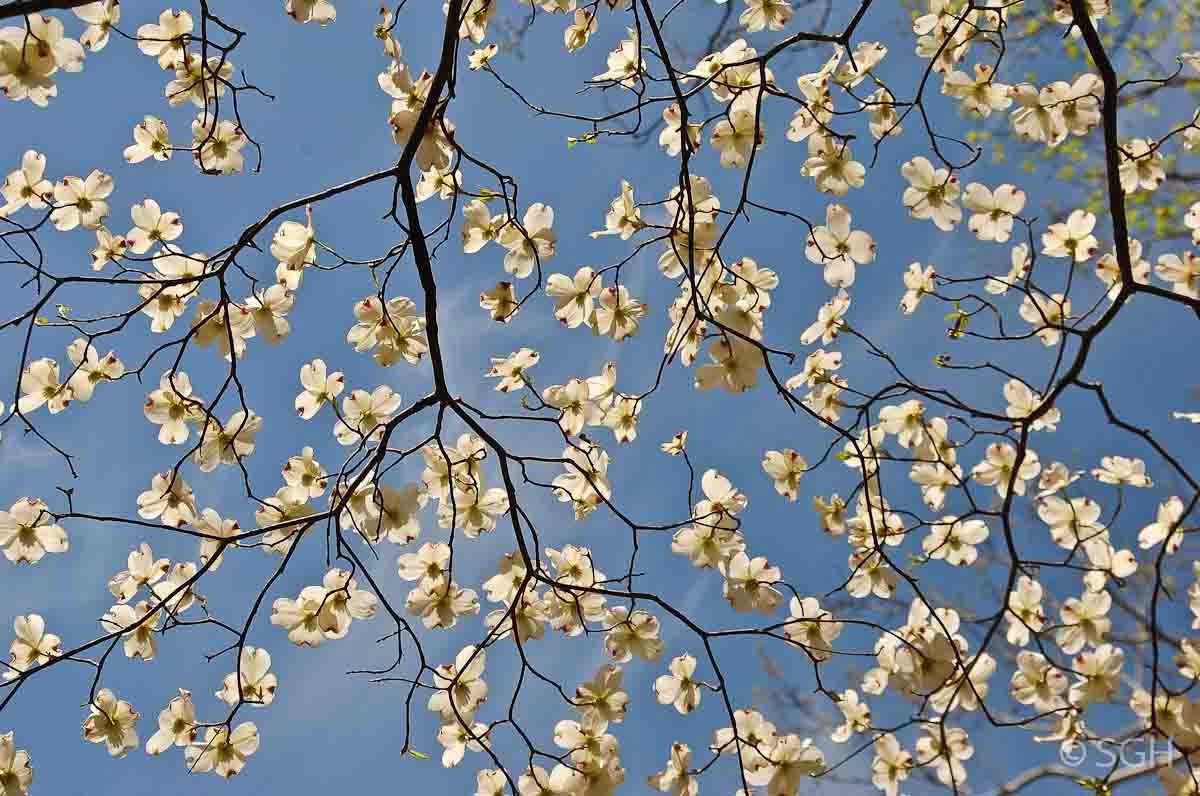 Here in Canada you can only see it in a few locations along the north side of Lake Erie, in the so-called 'Carolinian Zone'.  So to see it in bloom here there and everywhere through the Smokies was a real treat, and we were there just at the right time. 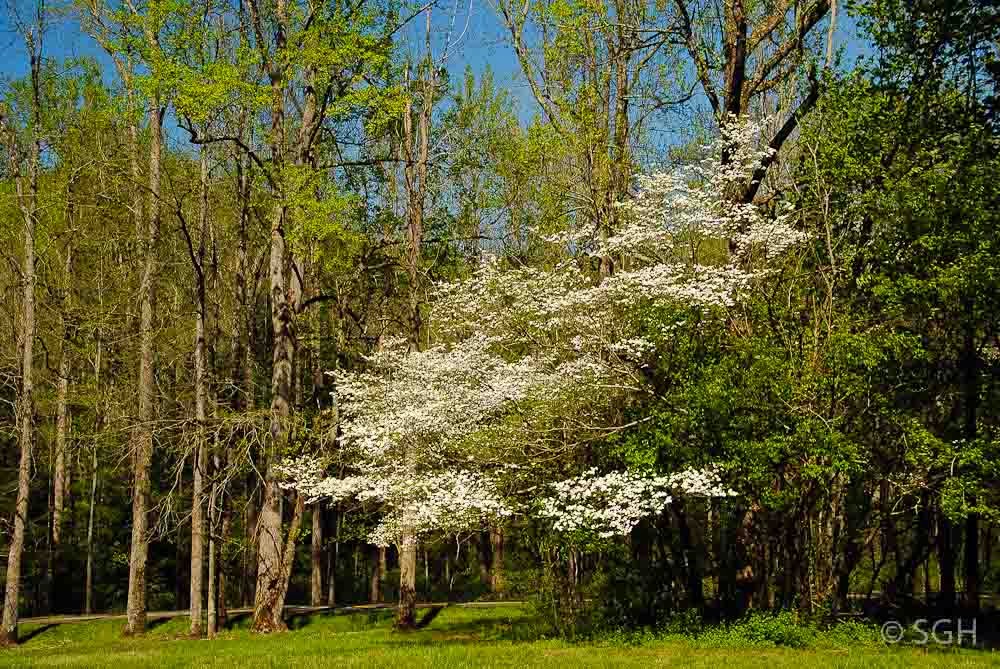 I'll always associate it with our drive through Cades Cove, where there seemed to be another dogwood at every corner.  And on a bright sunny day it stood out against the early green leaves of the forest beautifully. 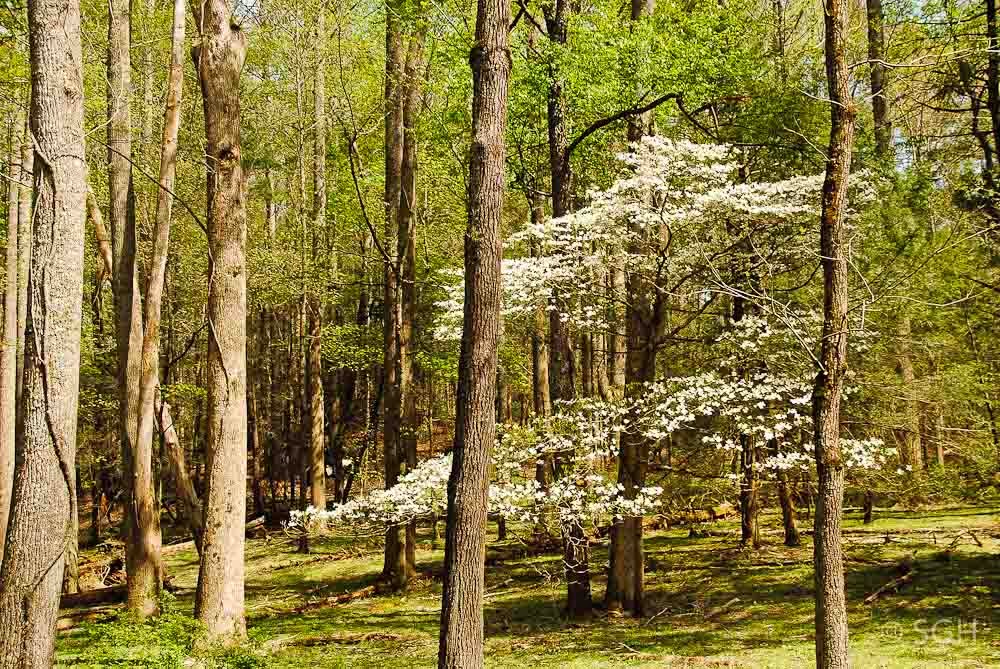 The dogwood grows as a small tree, often it seemed to me on the edge of the woods or a clearing.  It's shape suggests branches reaching out almost like a series of flat shelves and it's often as wide as it is tall. 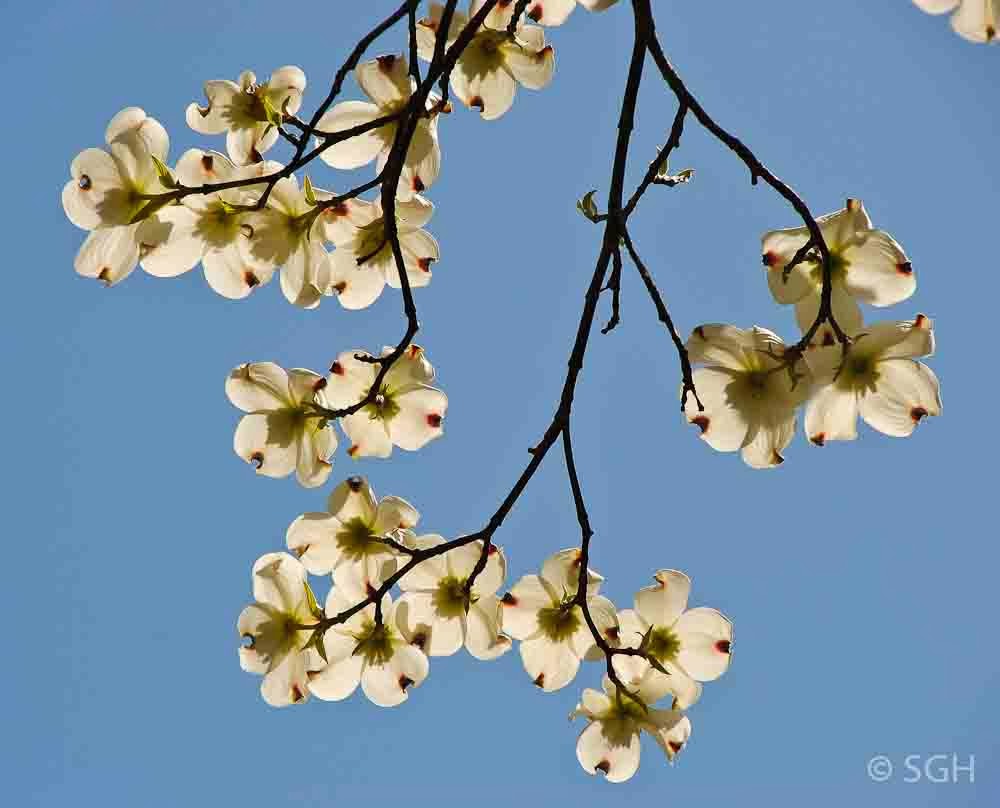 The blooms are striking against the blue sky, and have such a different look when viewed from underneath. 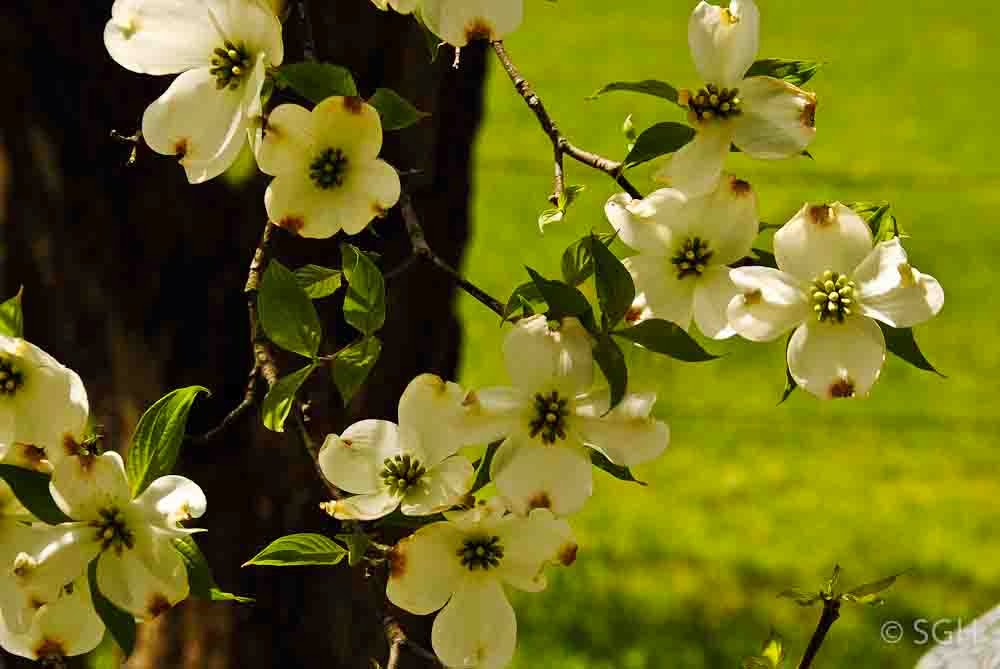 But the blooms are deceiving - the flowers are only the tiny yellow clusters in the centre of these blooms.  The white 'petals' are actually bracts that surround the flower cluster, but they're what makes the dogwood so attractive in the spring. 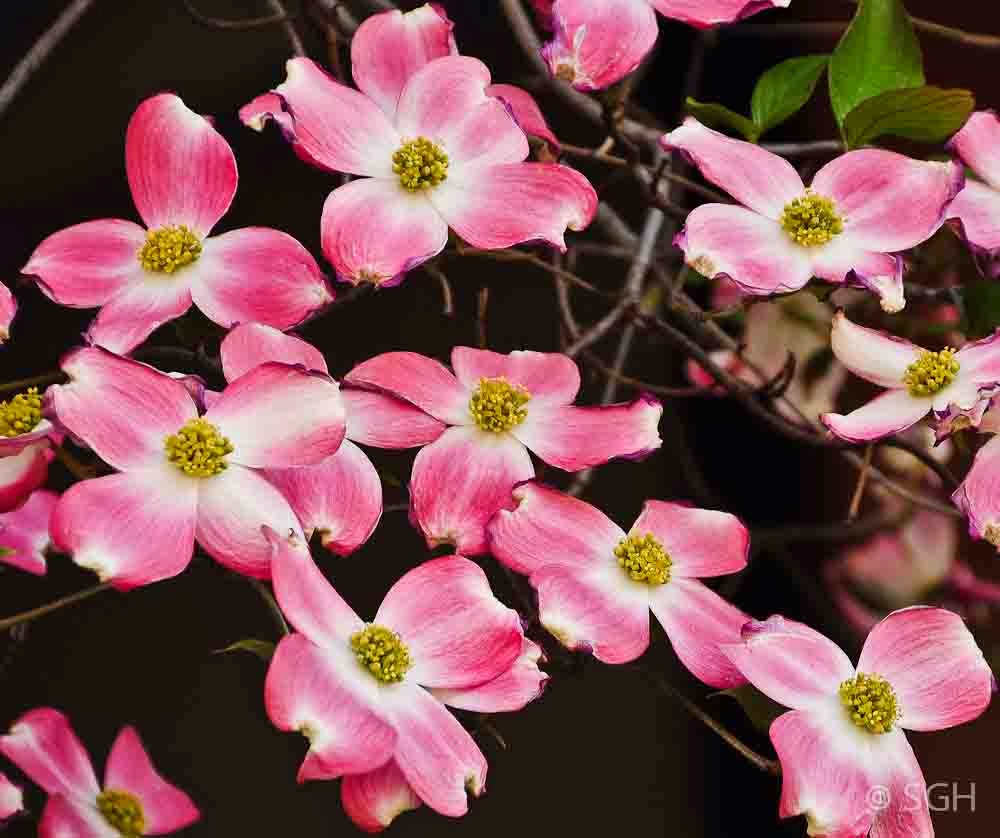 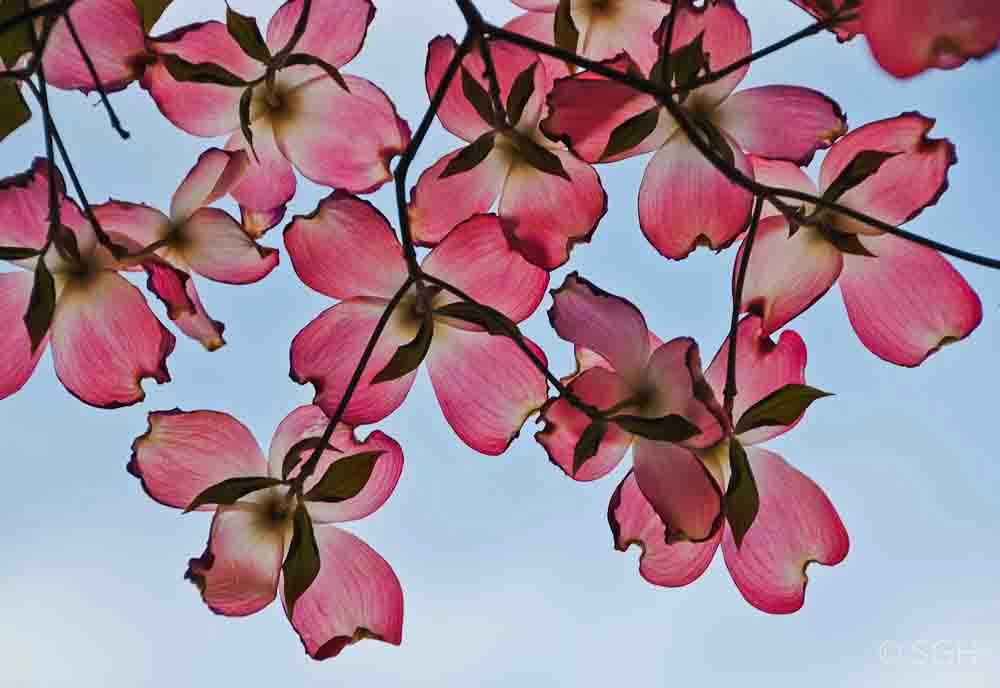 The dogwoods in bloom will always be part of our memories of the Great Smokies.  Those of you who live in Tenessee and nearby don't know how lucky you are!