Inglis Falls is Frozen Over!

Inglis Falls is the largest and best known waterfall in this region, where the Sydenham River flows over the Niagara Escarpment in the south end of Owen Sound.  After running some errands in the city yesterday, I stopped by on my way home - to find it completely frozen over! 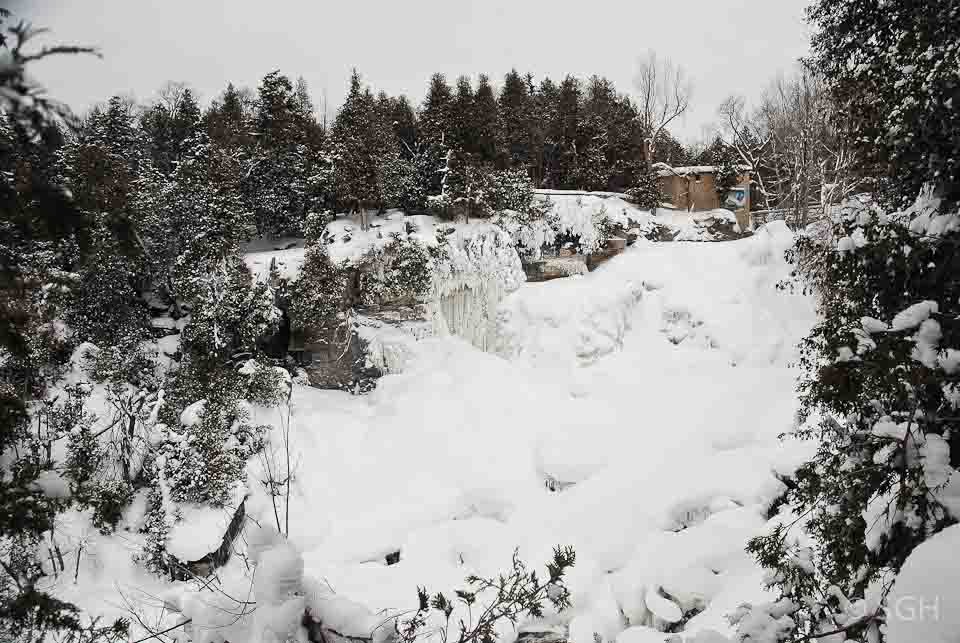 I have no idea how unusual this is, but given that there's a large waterfall thundering down over the rocks  underneath all that snow, I think this is quite amazing.  You can compare this picture to the falls in late October, and in mid-summer on a post I wrote in November, here. 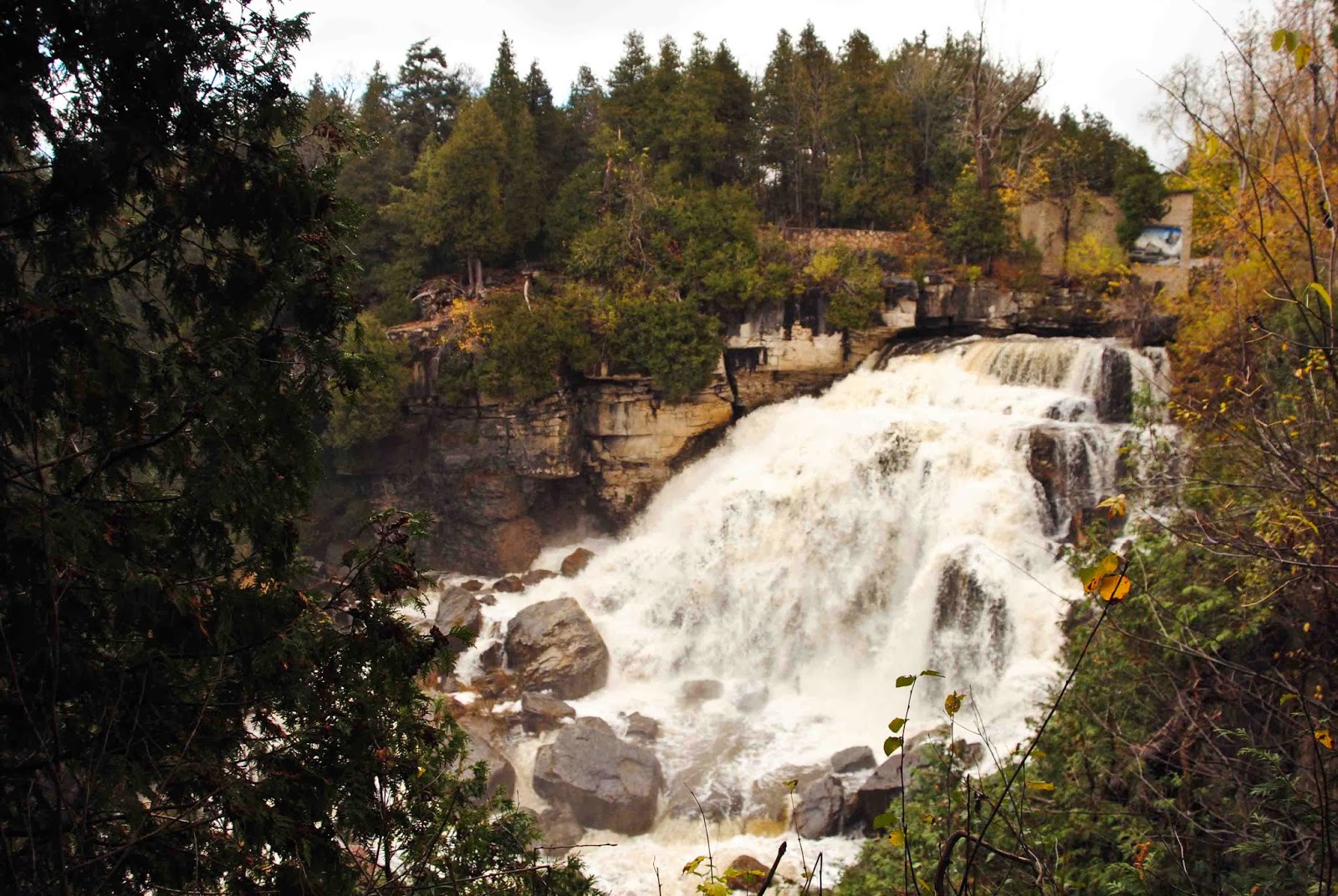 Just to make it easy for you, I'll repost one photograph from November, so you can compare them.  Check out the group of photos in my November post to compare to the rest of these.  I just can't quite believe the snow and ice have formed a complete blanket over this, while the falls continues on underneath! 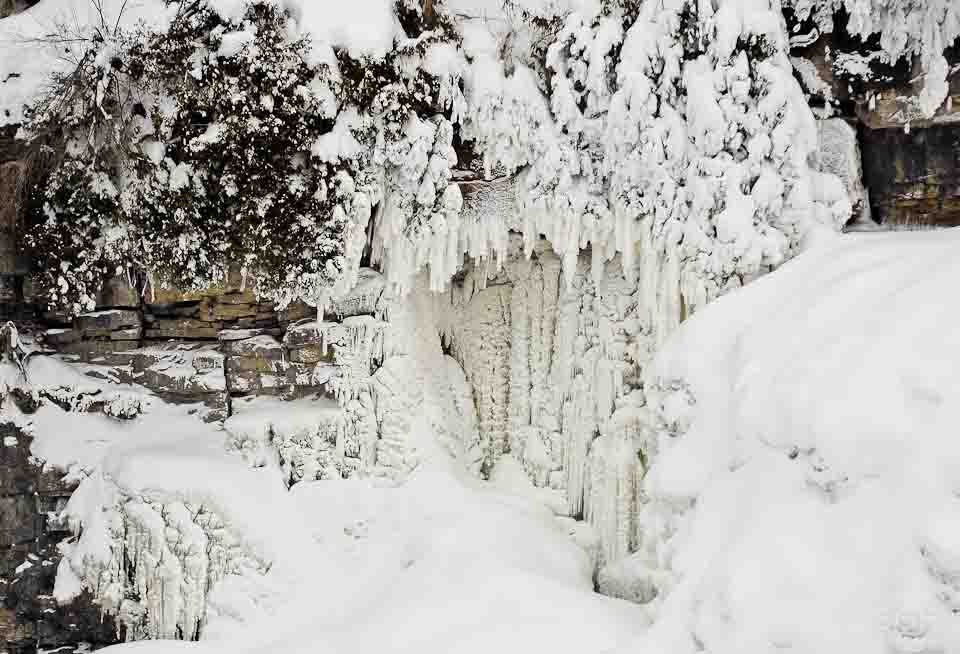 This was one spot I'd never seen before, a shallow ice cavern formed by the spray from the falls on the side of the cliff straight across the gorge.  I've never actually been here in the winter before. 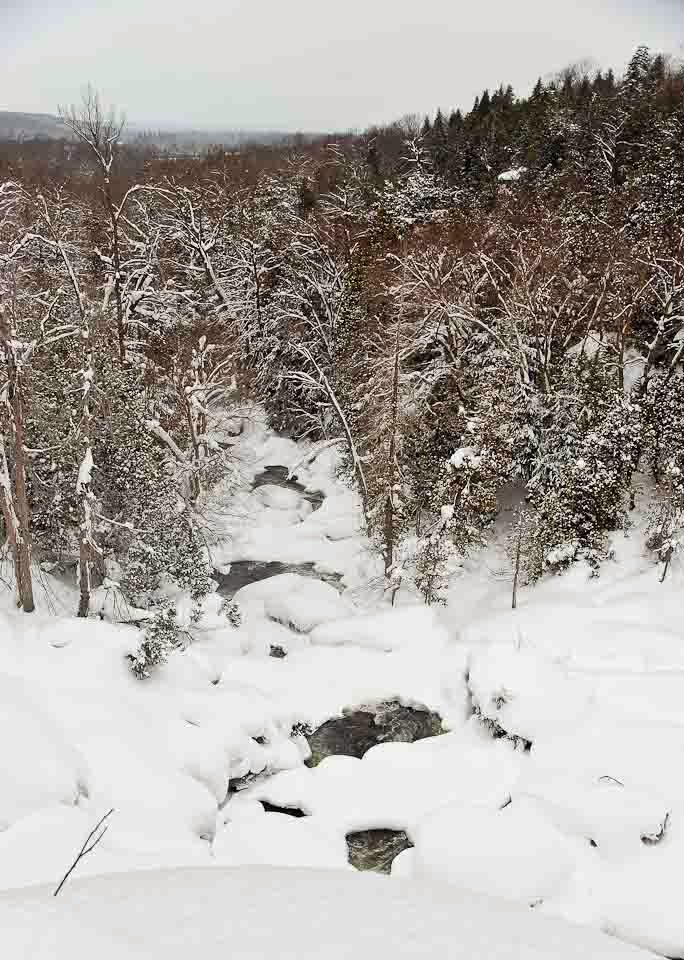 Looking down from above there were four small windows in the ice cover, where you could see the river plunging downhill over the rocks.  As you can see, given the width of those holes, this is not a small trickle! 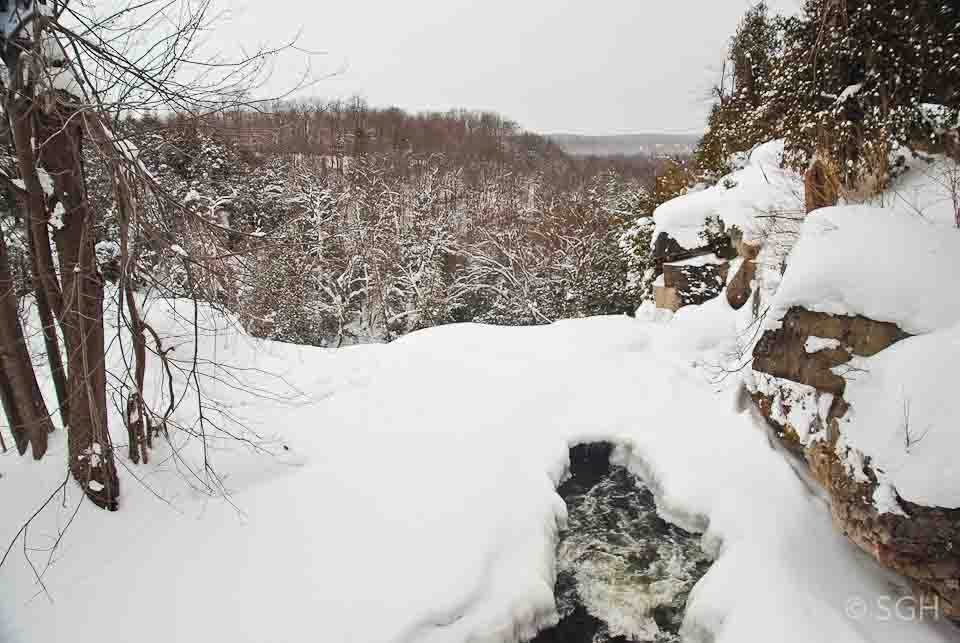 At the top, beside part of the old mill, only a small window into the flowing water was visible; from there on it was entirely falling under the snow and ice blanket.  I expected lots of snow and interesting ice formations, but not this. 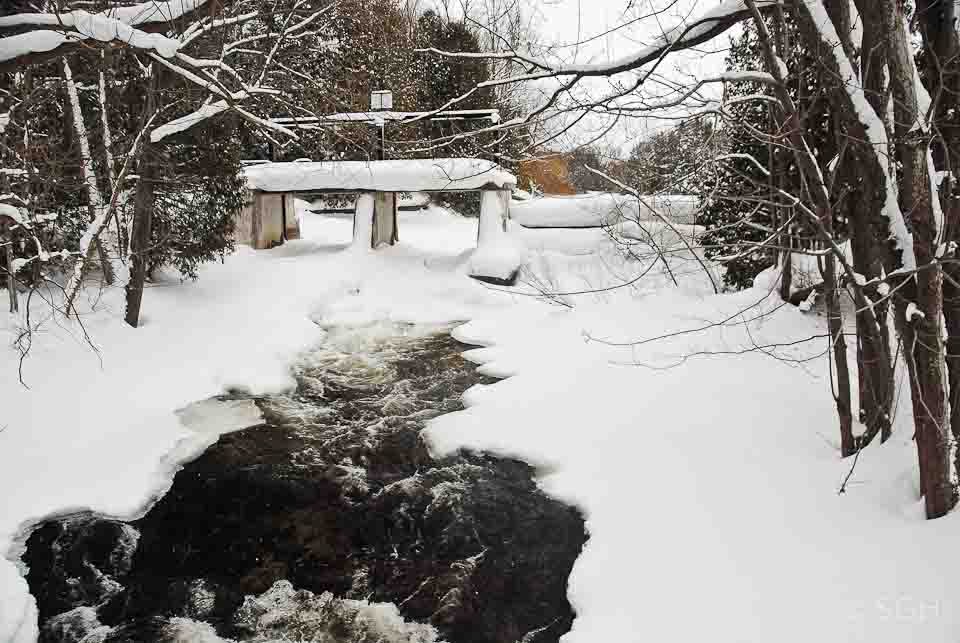 Looking upstream from the same point is the dam, forming a fair-sized mill pond further upstream.  Here the current was a little more exposed as it raced beneath me to the edge of the falls. 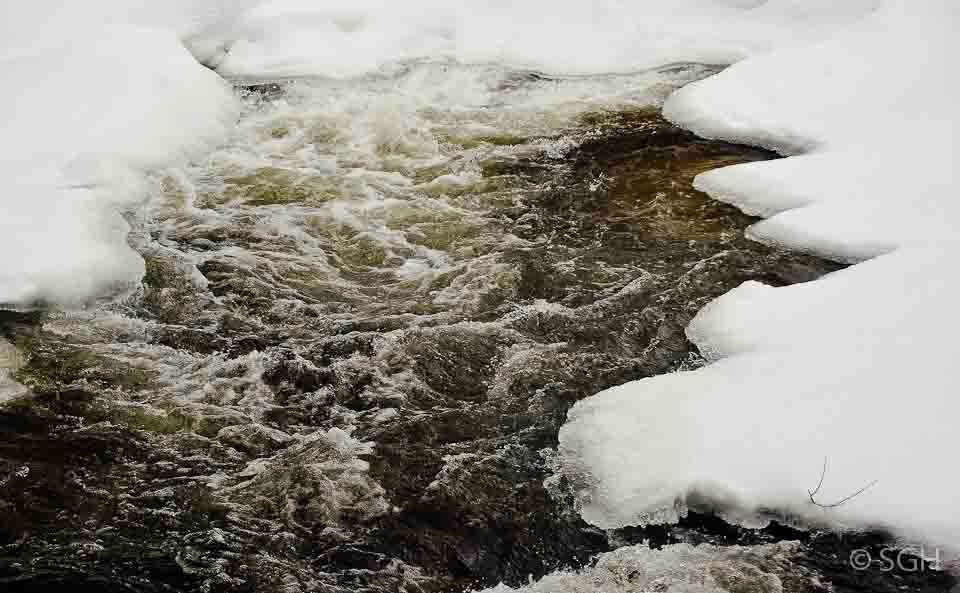 I like these dark windows into the rushing water below, where the ice has built up on top of the river like a thick white shelf extending far out on top of the current.  If I can get back in early spring, I'll soon have a complete set of seasonal pictures of this waterfalls.