The weather remains cold here, and this morning we woke to frost rather than more snow.  In fact it looks like hoarfrost in the distance.  Of course I can't get out there to get closer pictures, but it was pretty for a couple of hours anyway. 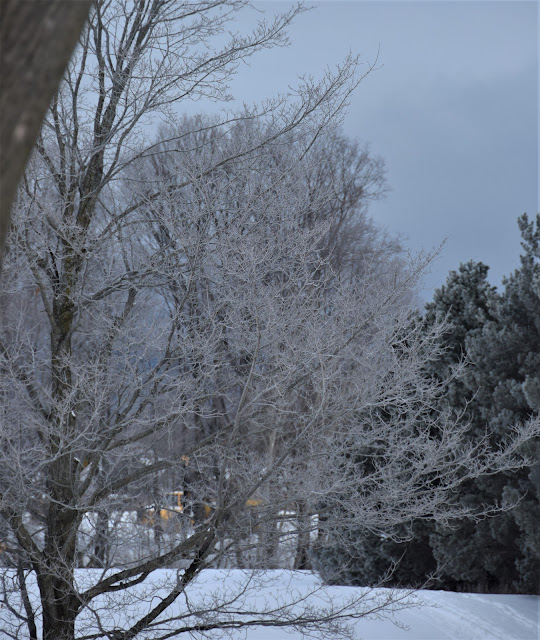 The big maple tree out on the golf course caught my attention first. 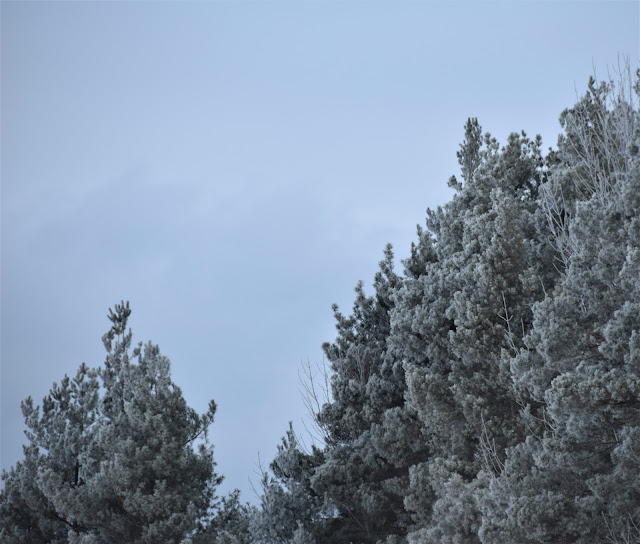 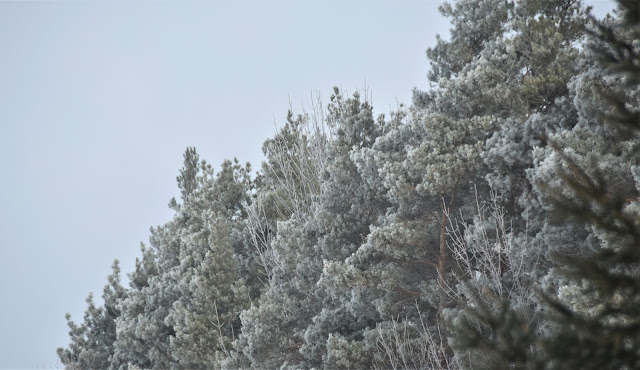 The line of pines down the east side of my view was also heavily coated. 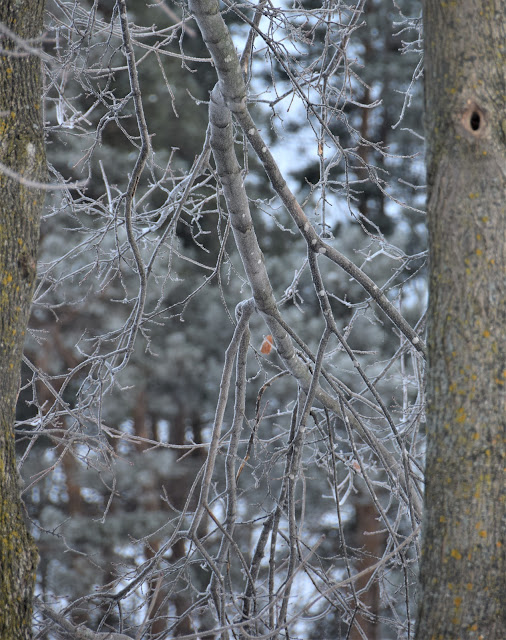 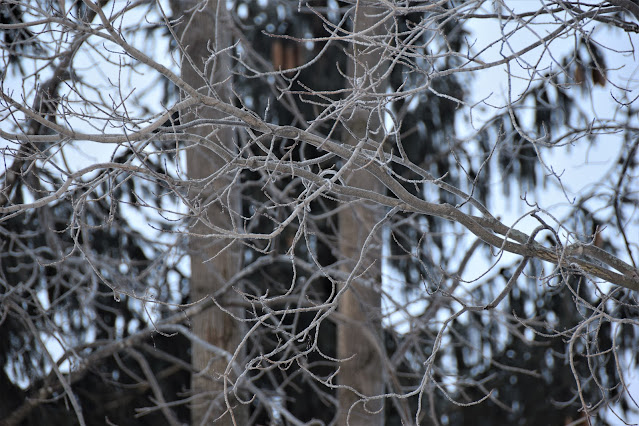 Even the small twigs of the trees in our yard were coated and looking white.  It all reminded me of two previous occasions when I've seen really heavy hoarfrost glistening in the sun.  I may dig out pictures of those times to share.
*************************
I'm now reading a great book on the search for Franklin and his ships, Ice Ghosts, by Paul Watson.  I like the writer's style and I'm finding some strongly expressed contradictory perspectives on Arctic exploration that simply make the story more interesting.  Was Franklin really fit to lead that 1845 expedition?  Why didn't Arctic explorers have the common sense to seek help and advice from those who lived there?  Was it British arrogance that decorated our Arctic towns, islands and waterways with names from Victorian England?
It all makes the whole story ever more fascinating.  Watson was actually on the icebreaker CCGS Sir Wilfrid Laurier which led the expedition that found the Erebus.  He tells us the inside story of finding the Terror two years later as well.  Most of the book is devoted to describing the century and a half of searches for Franklin, the story of which Watson brings right up to 2016.
I've gained the information to write my series of posts on the Arctic from online historical sources.  But there are lots of books on the Arctic and its explorers.  Of all those this is the one I chose to read, and I recommend it to you for a good read.