We Found a Snowy Owl

Well, we were successful in finding a Snowy Owl  It made our winter birding highlight!  We drove southwest of Owen Sound, toward Chesley and Paisley and crossed a back road or two down there.  With white fields it was hard to think of spotting a white owl, but we now know what we're looking for, having done this for five years (not always successfully)! 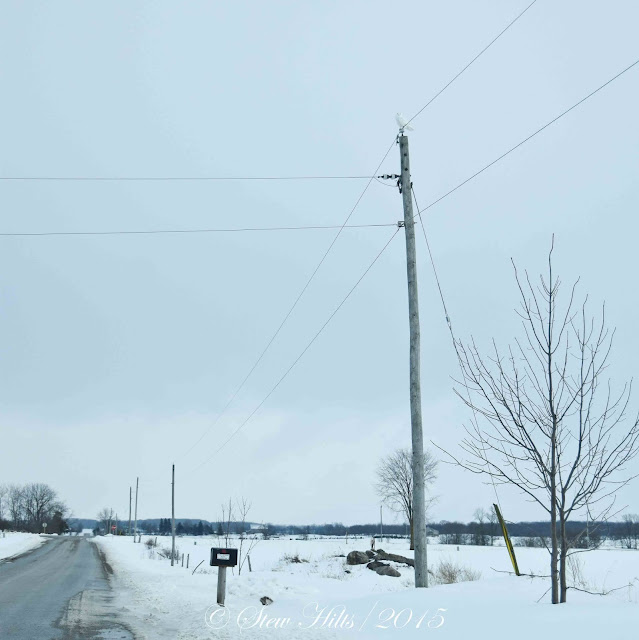 This was our first view.  Would you have spotted it?  As you drive you are constantly keeping your eyes open for something white.  What your brain first registers is simply something out of place, something not quite right.  It's a milli-second later that you realize that it's what you've been looking for, aa Snowy Owl. 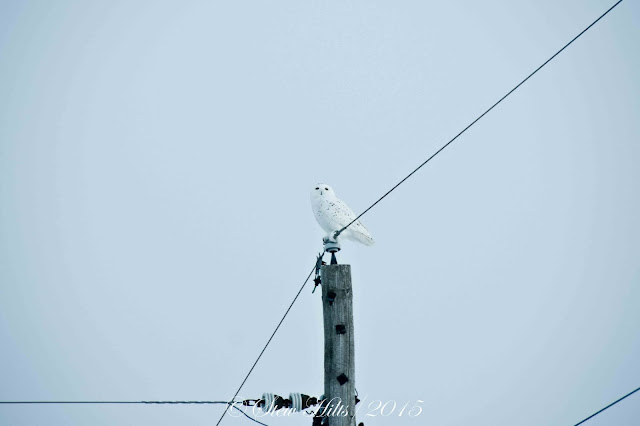 We creep forward a bit and I steady the camera. 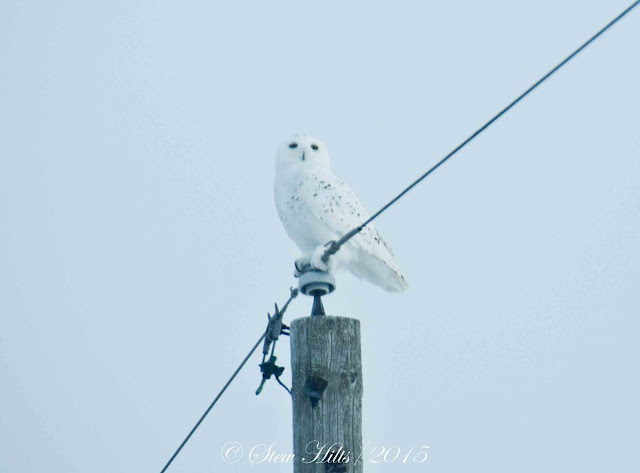 And then what I consider a good shot, considering it was late afternoon and  the light was getting dim.  I had to edit all these quite a bit to get good lighting. 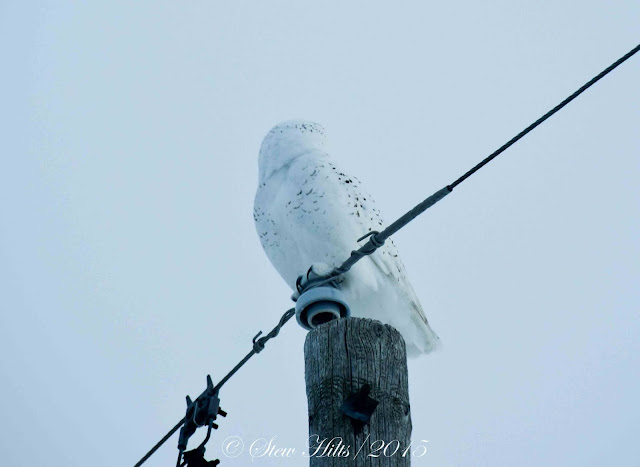 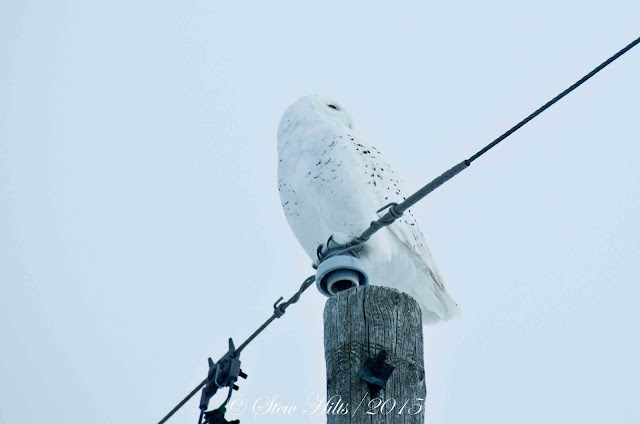 It was fascinating to sit there and watch it swivel its head through about 270° apparently without moving a muscle. 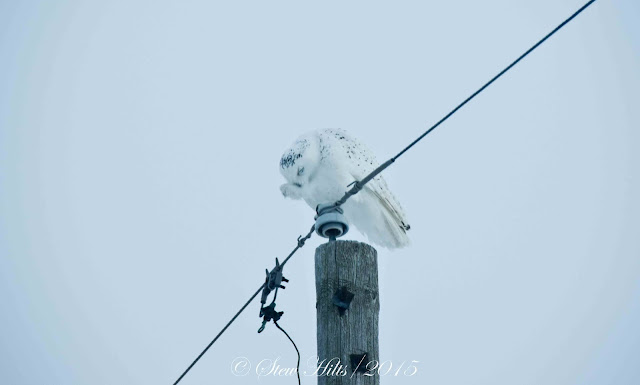 At one point it hunched down to straighten a feather on its foot. 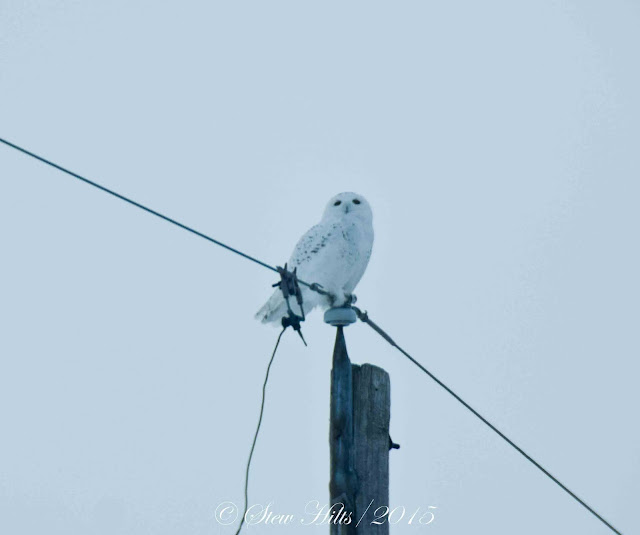 Mrs. F.G. turned the car around and I got a picture from the other direction.  Then it abruptly lifted off, flew and quickly disappeared in the dusk. 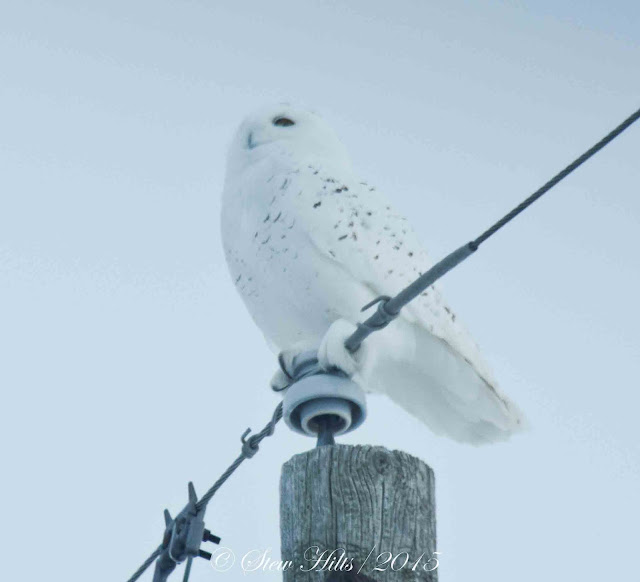 This is probably cropped too much, but I'll put it in to show you its furry feet!
In case you're thinking 'Aren't owls nocturnal?', you need to remember that these Snowy Owls nest on the Arctic tundra were the sun never sets, so they hunt throughout the day.  And we almost always see them sitting up off the ground on a fencepost or hydro pole where they can watch for prey.  They are our largest owls, with a wingspan of 4-5 feet.  This one looks like a male to me, with relatively few dark spots in its feathers.
Have you noticed that the days are getting longer?  I sit here writing this at 5 p.m. and it's still light out, noticeably lighter than 3 weeks ago.